Suffering from the same limitations as everyone else and practically forced to stay at home, we turned a ‘travel eye’ towards our home-turf  –Luxembourg – doubting we would be able to discover any new stuff that could really quench our thirst for something exotic. Would we really be able to experience new tastes or smells, find hidden scenery, or – as the French say – would we find a dépaysement? Would we still be enchanted by this beauty? More importantly, would we be able to discover new charms? Hell – in one word – yes! 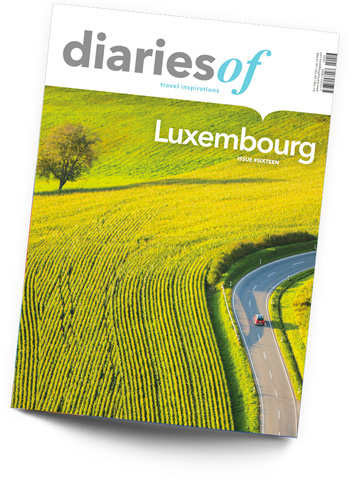 The Upper Sauer, a Wonder Lake in the Ardennes of the Grand Duchy

On a hot summer day, on one of those days of sweltering heat that makes bodies bake and sweat run down the neck, the country finds some relief in the cool water sources around the country, especially in the much sought-after Upper Sauer Lake. 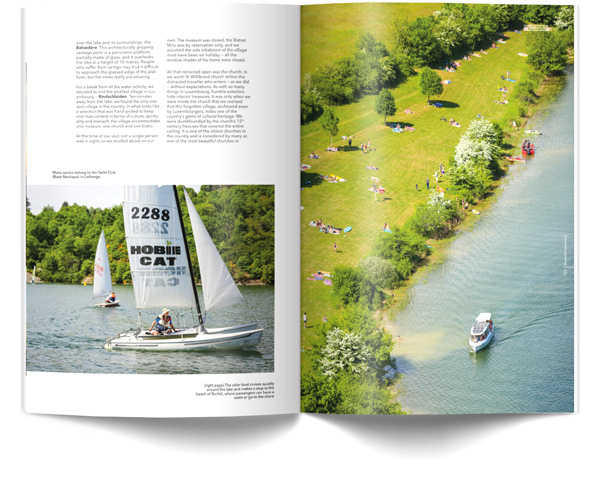 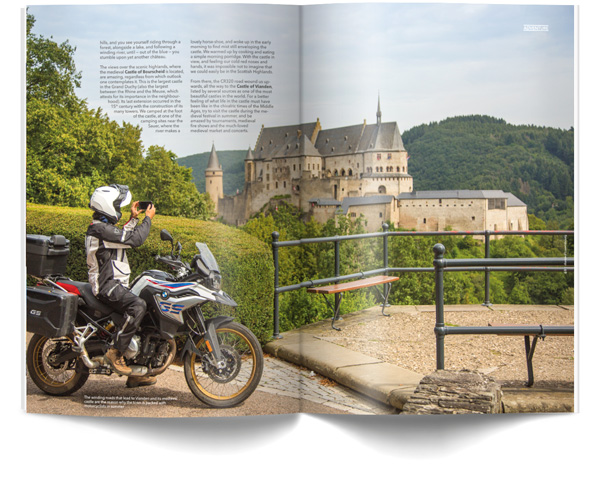 The Legendary Roads of Luxembourg!

The winding roads that lead to Vianden and its medieval castle are the reason why the town is packed with motorcyclists in summer. The CR320 road wound us upwards, all the way to the Castle of Vianden, listed by several sources as one of the most beautiful castles in the world.

Luxembourg City: It is state-of-the-art glass palaces and ancient fortifications, skylines meeting river valleys, a sleek cosmopolitan hub with a medieval layout at its feet, modern sophistication and antique simplicity woven into one dazzling tapestry… 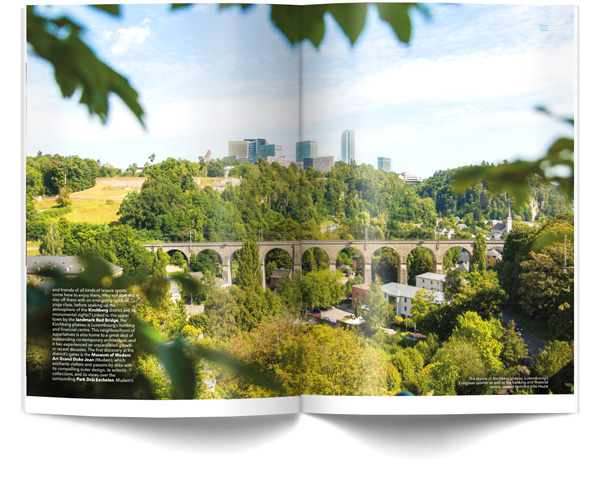 A Country in a Magazine

We are confident that you will be surprised by tiny Luxembourg as you leaf through the 164 pages of our diariesof Luxembourg. Discover the country’s five tourism regions: Éislek (the north of Luxembourg), Mullerthal (Luxembourg’s Little Switzerland), Moselle (Luxembourg’s wine region), Minett (the Land of the Red Rocks) and Luxembourg city (Its Vibrant Capital).

I really liked it. Keep on doing what you do – really inspiring!

Lots of great photos inside and great to see a culture represented in depth.

“For a week, we immersed ourselves in this special landscape of the Mullerthal, combining the main trails with other local paths, and discovering magnificent plateaus and valleys. We got lost in the forests and resurfaced only when approaching one or other of the rustic villages along the way. Our starting point was the oldest town in Luxembourg, Echternach. It was founded back in the 7th century – together with the establishment of its Benedictine Abbey – by Willibrord, an Anglo-Saxon missionary, who is the town’s patron saint. Soon after leaving the town, we were encircled by a truly impressive location called the Wollefsschlucht (the wolf’s gorge).” 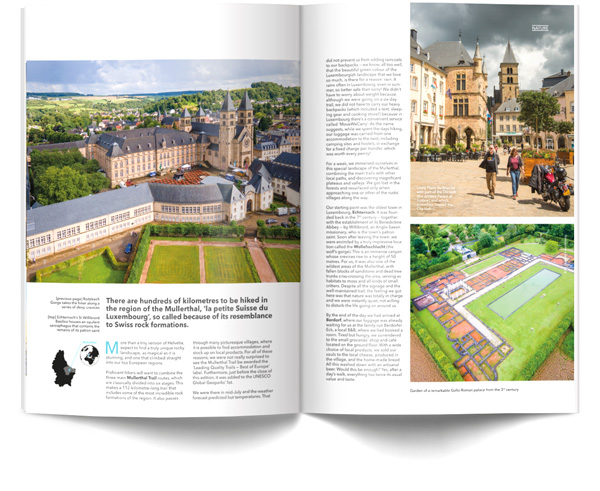 Not much is free these days, but our shipping is!

If you are not happy with your purchase we’ll refund you with no questions asked.

with Visa, MasterCard or PayPal.