Why should you visit Koh Rong island?

Koh Rong Island is a Cambodian island located in the Gulf of Thailand and it is home to some of the most beautiful beaches of South East Asia. This alone is reason enough to visit Koh Rong. However, there is another reason. Though popular, the island is not (yet) covered by huge resort complexes. Here, accommodation is either in the guest houses of the villages, in camping sites located on the beach or in some cute wooden bungalows. 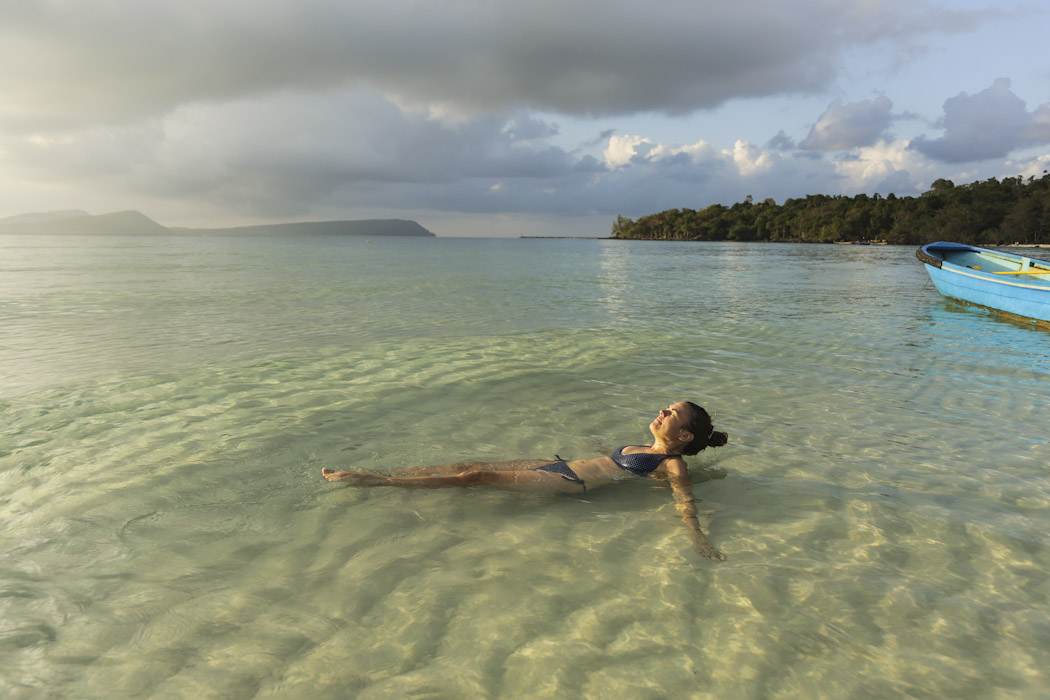 Make sure to have enough money (cash) with you, as there is no ATM service on the entire island. This is because the island really is tiny and the internet has reached it only a few years ago (the connection is still not terrible, be patient, after all, you are in a paradisiac island!).

There’s a doctor on the island only on Wednesdays. Apart from that, a nurse assures small injuries. For anything big, you need to take a taxi boat (or a speed boat that leaves on specific hours) to the mainland. 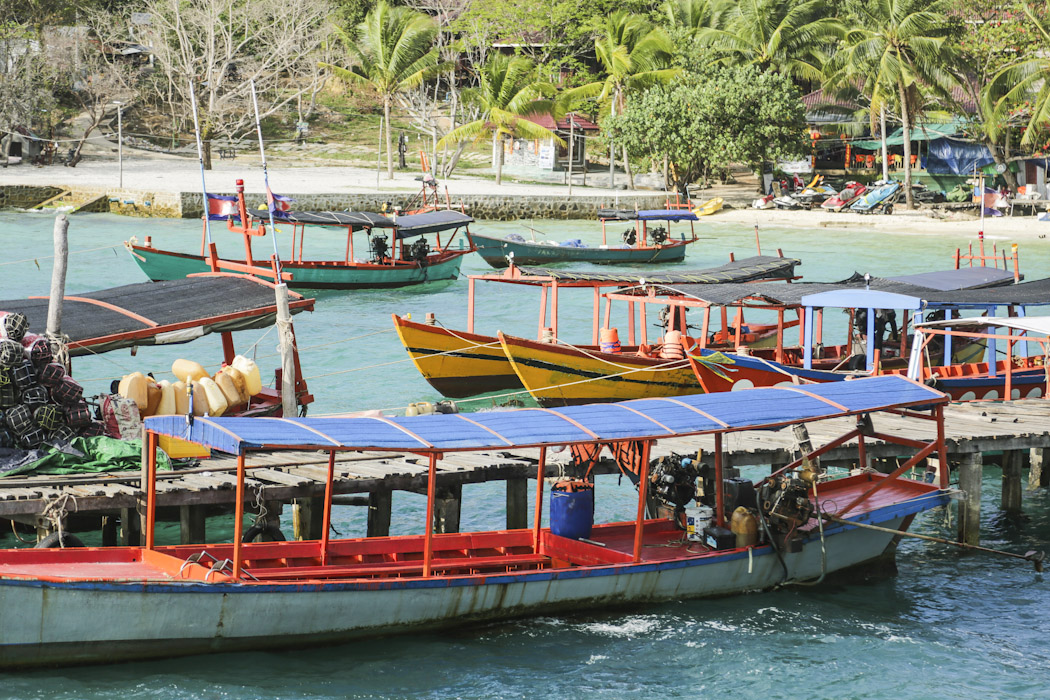 You cannot take your car with you to the island. First, because there are no ferries transporting cars. And second, and most importantly, because there are no real roads on the island. Even though you can hire a scooter, most of the paths are not really suitable to drive through. Also, often, locals drive along the beach (which really is a shame). If you want to visit the different beaches of the island, or the four tiny villages, your best bet is to hike through the jungle or along the beach. You can also take a ride on one of the many taxi boats that are happy to take you around the island and leave you wherever you want to. 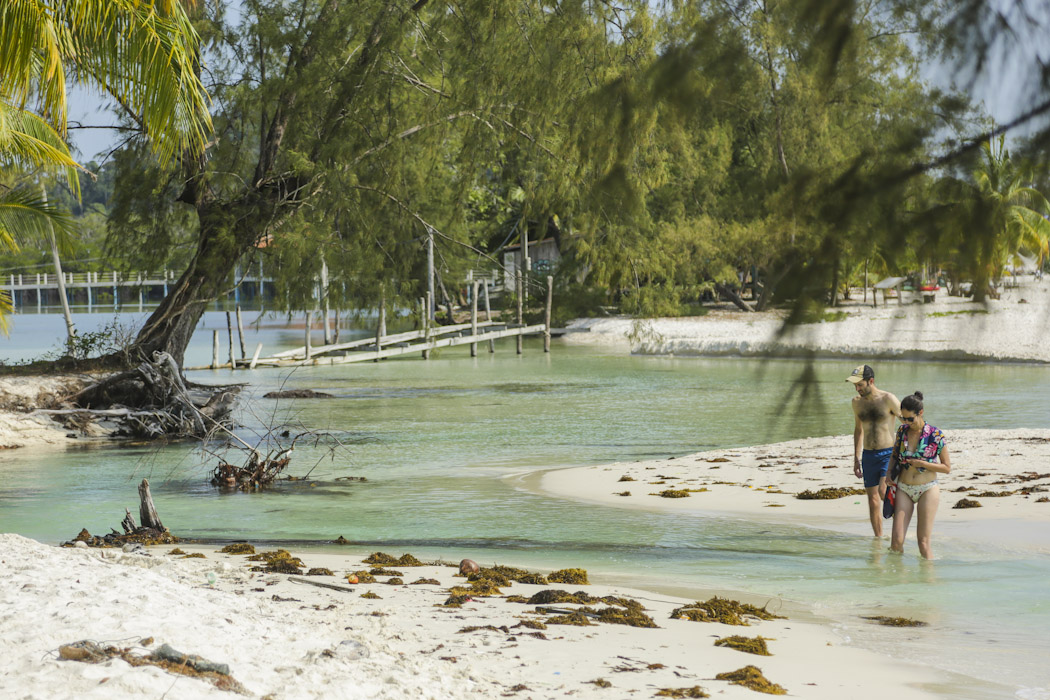 How to get to Koh Rong island

The easiest way to reach Koh Rong island is with a ferry from Sihanoukville. There are different companies offering the service. Check which ports in Sihanoukville have connections to the island and check where exactly you would like to land, as there are different routes, going to different beaches (on the northern or southern coast). 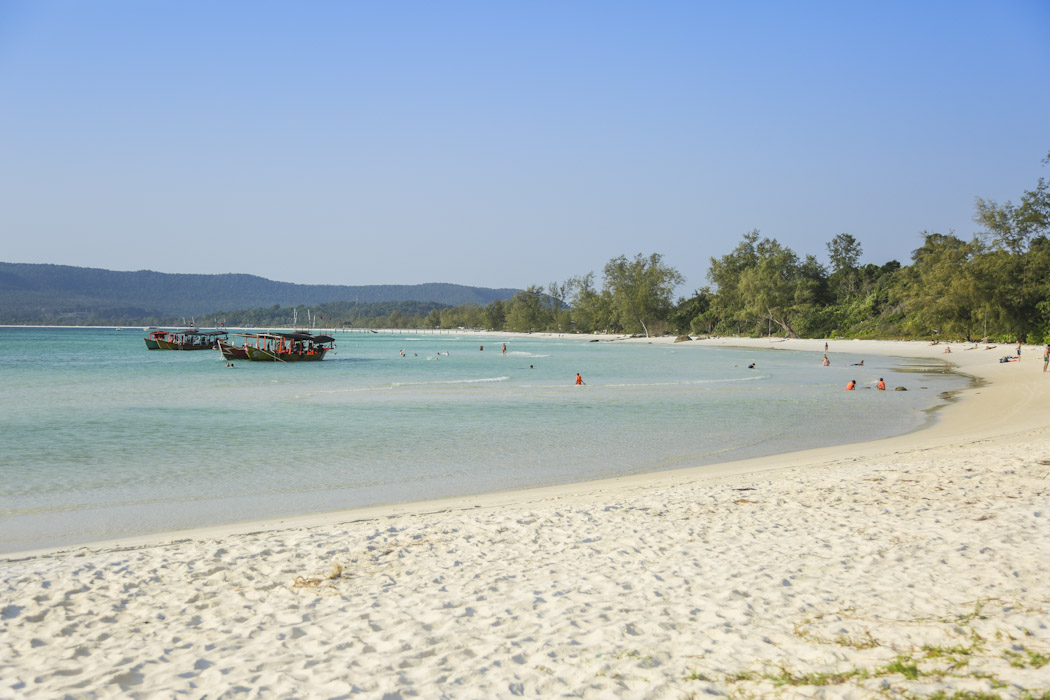 The speed ferries that leave from Sihanoukville take about 40 minutes to reach the island and offer three trips a day to the southern coast (White beach). They charge 22 dollars for a return ticket (with an open date to return).

Alternatively, you can also take a ride on a slow boat. Slow boats are the boats used to transport merchandise into the island (they are also the boats that the locals use to commute from the island to the mainland). They dock in a smaller port in Sihanoukville (the supply port), take two hours to reach the island and cost 5 dollars per person (one way). If you don’t mind sitting in the few wooden benches on the deck or laying in one of the hammocks, this is definitely the best choice. 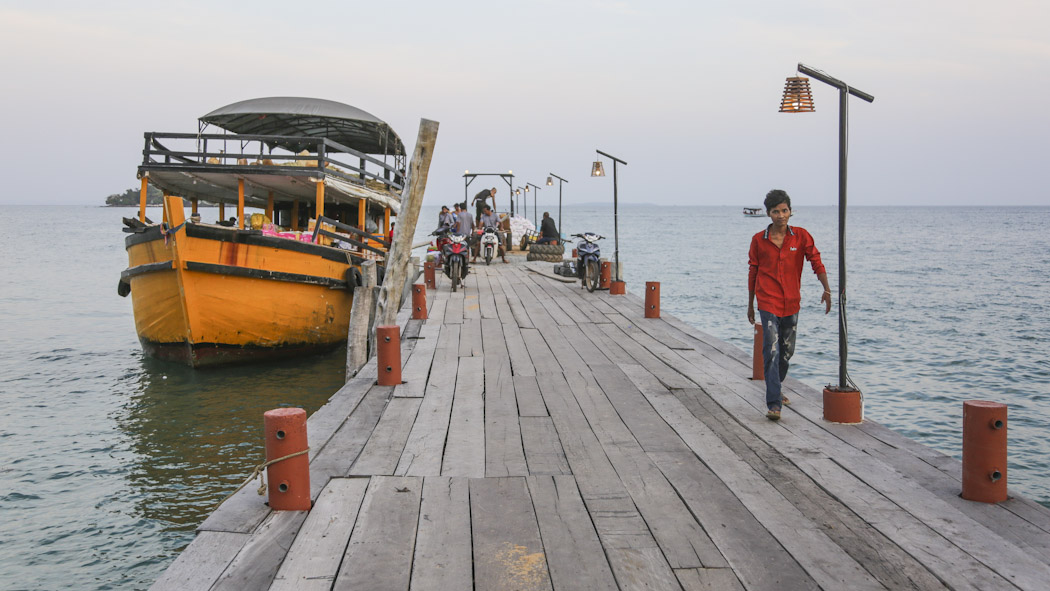 Be attentive because no one will warn you that both the speed boats and the slow boats leave the island from a different pier from the one where they arrive. So, if you are not aware of this, you will probably miss your ferry. Make sure to ask around where the ferries leave from. 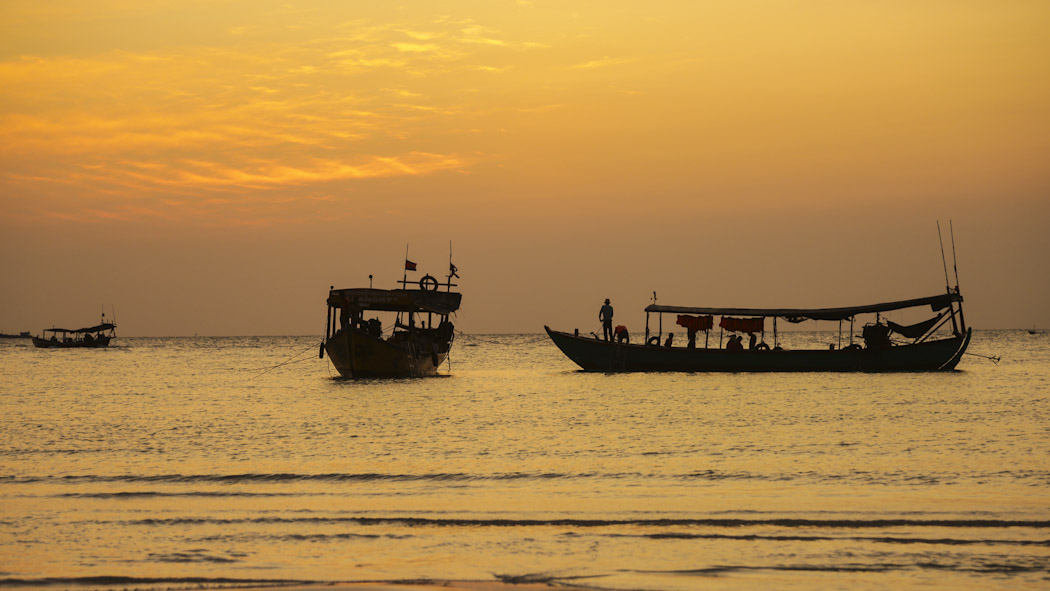 What to do in Koh Rong?

Koh Rong is a paradisiacal island, as such, you can count on having a lot of free time! You can take that time to swim in one of the many beaches or lie back under the shade of the palm trees. Sunrises or sunsets (depending on which side of the island you are) are absolutely stunning and themselves worth a visit to the island. If sunbathing is not your thing, you can also spend the day beach hopping, either through the trails along the beaches, or through the middle of the island, in the jungle. 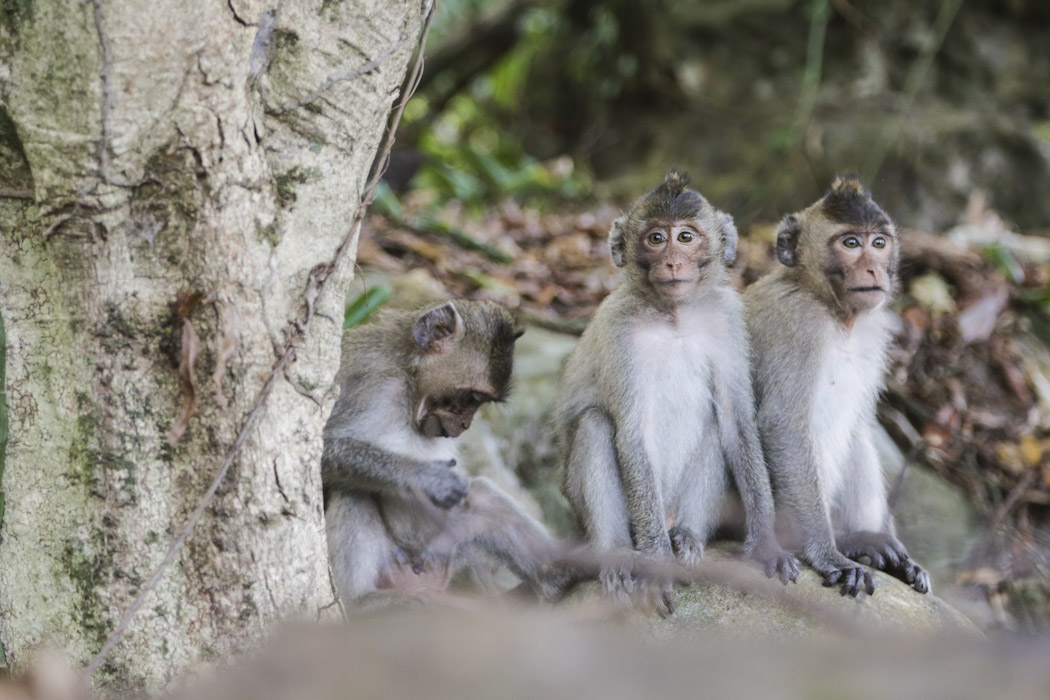 Most of the hikes are easy to follow, though the trek from White Beach to Long beach through the jungle gets a bit complicated in the last kilometres when the easy path gives way to a stone trail, in which one needs to climb. It is not a difficult climb down, but remember to put on shoes instead of sandals.

On the way from White beach to White Pearl beach, don’t forget to look up to the tree canopy. There are monkeys there! They are harmless, though it is a good idea not to feed them and let them lead their ‘normal’ wildlife.

It is also possible to go on a boat night tour to watch the plankton. These are small and microscopic organisms drifting or floating in the sea. It is quite spectacular, but in order for them to lighten, we have to disturb them by moving the water. So, if you are ok with swimming in the sea at night, this is an activity you will love!

Whether you decide to go to Koh Rong island to relax, to watch the wildlife of the island, to have a few boat trips or to indulge in the pleasures of water jet skiing, you will certainly have a good time here!