Nenets, the last nomadic reindeer herders of the planet - diariesof

Discovering, sharing and trying to understand the Nenets’ way of life, so fascinating but also so rude, this is what motivated my departure to the cold. Winter in Siberia, I knew it would not be easy. Via Moscow, I landed in Salekhard, it was -30°C and found out that ice covered the Siberian city. Then I took the road to Yar-Sale, last urban space area before the tundra. Then I embarked on a wooden crate, trailed by a snowmobile. It was more than 8 endless hours, I experienced a calvary. Squeezed in a reindeer skin, violent, relentless, unbearable shocks, cold freezing my feet, my hands, my nose. And the very long night at this time of year, I almost capitulated. 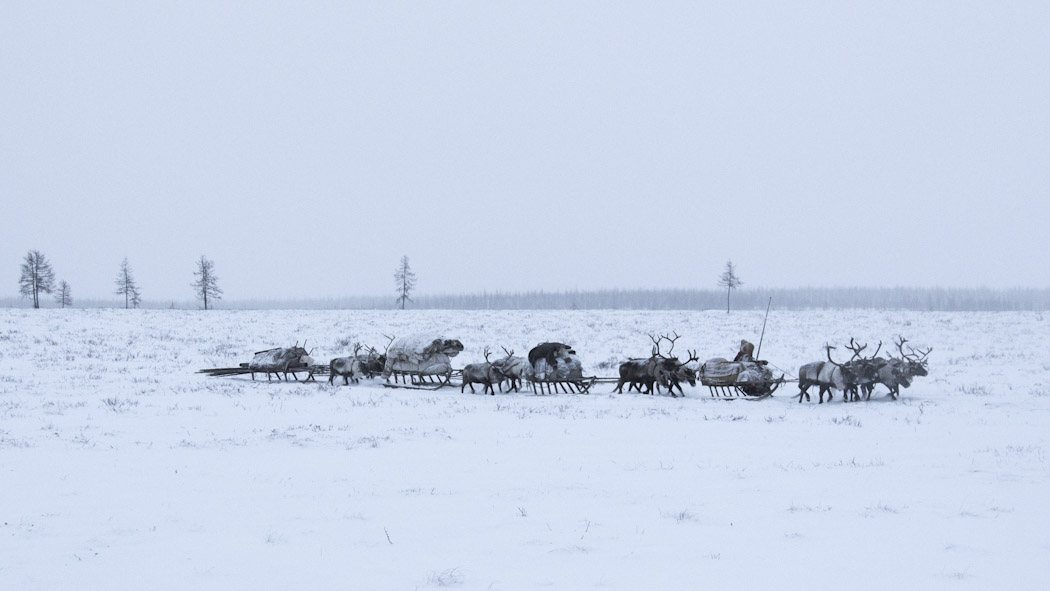 As I arrived at the camp, the smoke escaping from the chooms (conical tents covered with reindeer skins) in the gleam of the moon, the sky with sparkling stars, the silence broken by a few sounds of bells hanging on the neck of reindeer made me very quickly forget the suffering of the journey.

I was in the heart of the peninsula of Yamal, North of Western Siberia. It was November, it was -26°C, but here, the temperatures can drop to -50°C. Nenets, the largest (and the most important) of the 26 ethnic groups of Siberia, are the last nomadic reindeer herders of the world. At this time of the year, they migrate on average every two or three days, but sometimes even daily. 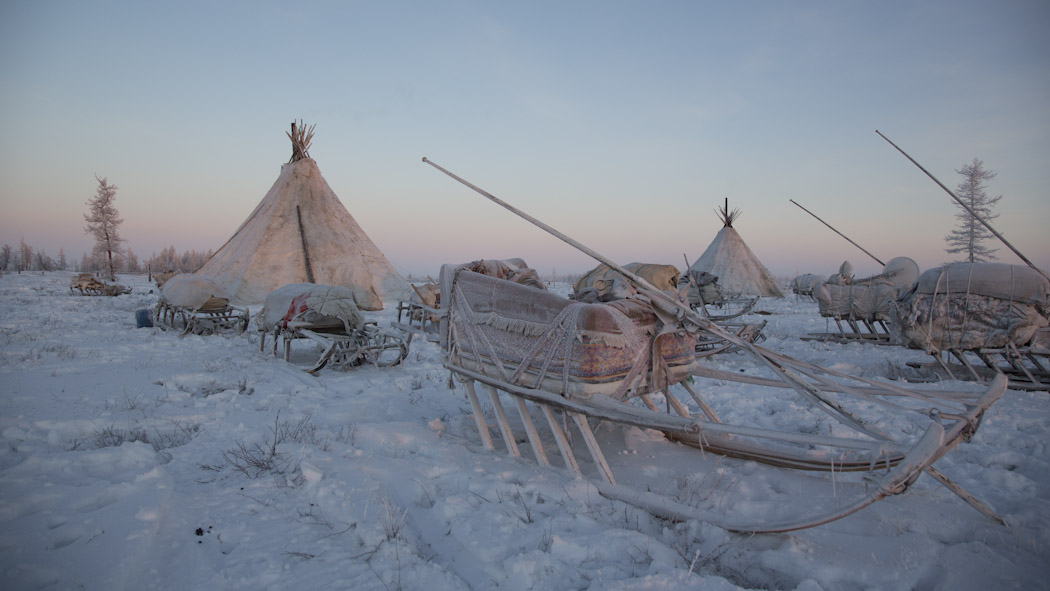 The welcome was warm despite of the freezing temperatures. A meal of reindeer meat was waiting for me. The day after, we left early for a long migration. In the choom it was hot, the stove was very active and in these 30 square metres I could count 9 persons…and 11 dogs ! The night was short, with little privacy but greatly appreciated. Upon awakening, the fire extinguished during the night, the temperature approached -15°C, which was still 10°C more than outside. 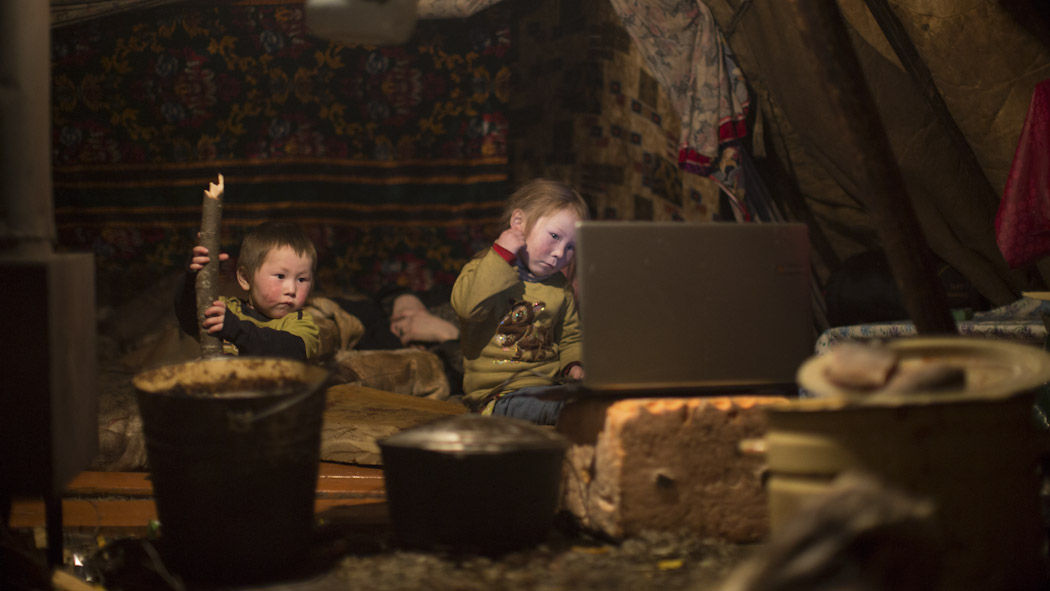 When they move from one camp to another, they start by disassembling the chooms to put them on sleds. Then, the herders catch and lasso the reindeer used for transport. They equip them carefully in order to pull the entire sledge. The convoy of several thousand reindeer, which can extend for over 2 km long, meandered in this sumptuous white landscape. I felt strong emotions in front of this complete harmony between man and nature. Their migration can vary from 25 to 50 km a day and may reach 1200 km a year. 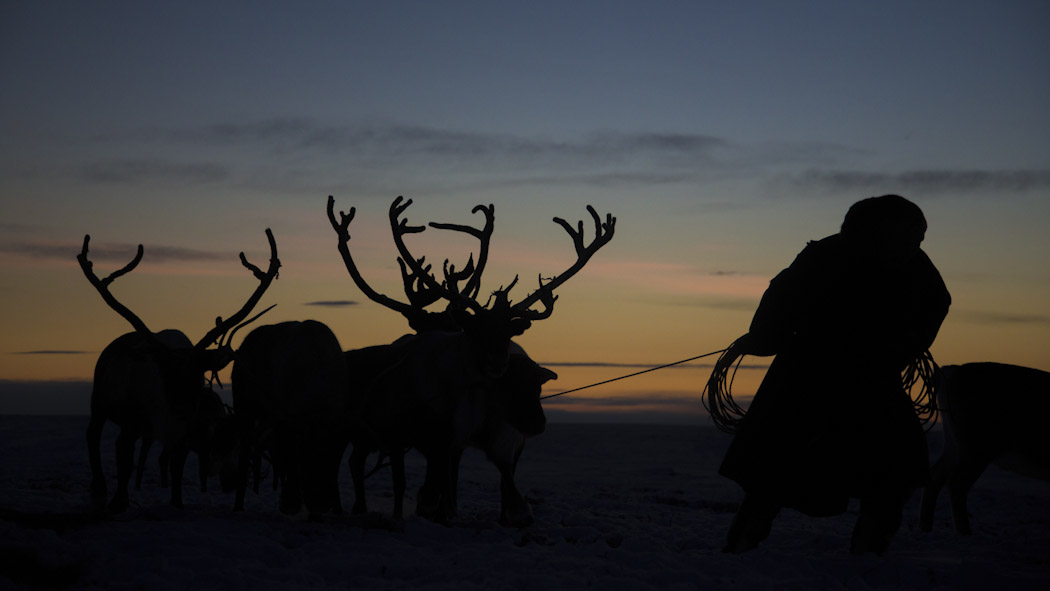 They usually wear 2 layers of reindeer fur which they use as coats. Reindeer fur gloves were attached to the mantle. Their hoods and their thigh boots are also made of reindeer fur. The women sew all the clothes using thread made from tendons of reindeer. 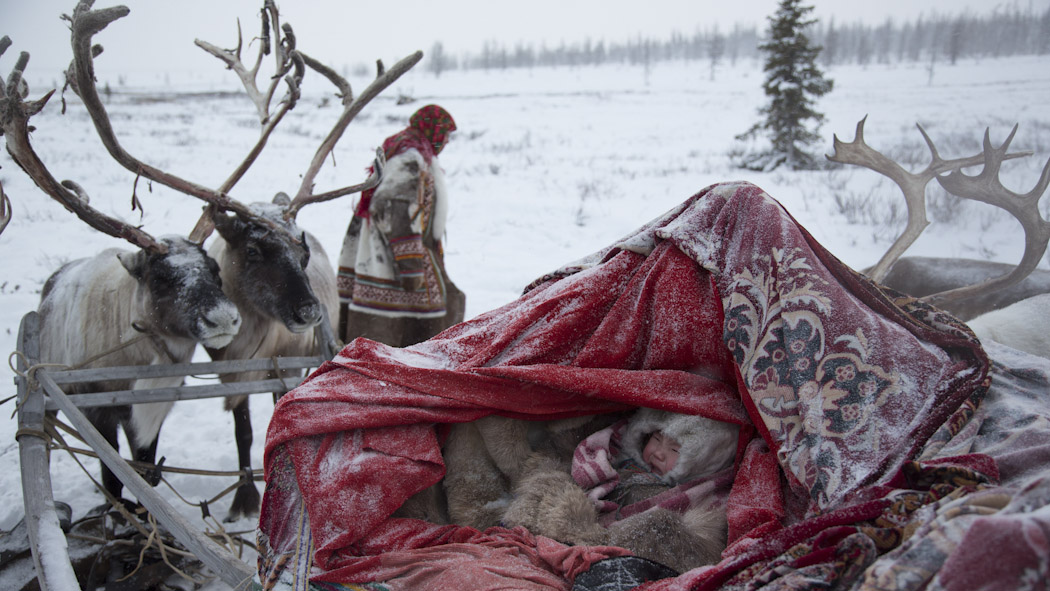 I admired these women. Courageous is a weak word to qualify them. They wake up one hour before men in order to relight the fire and cook the first meal of the many daily ones. They do the household tasks, look after the children 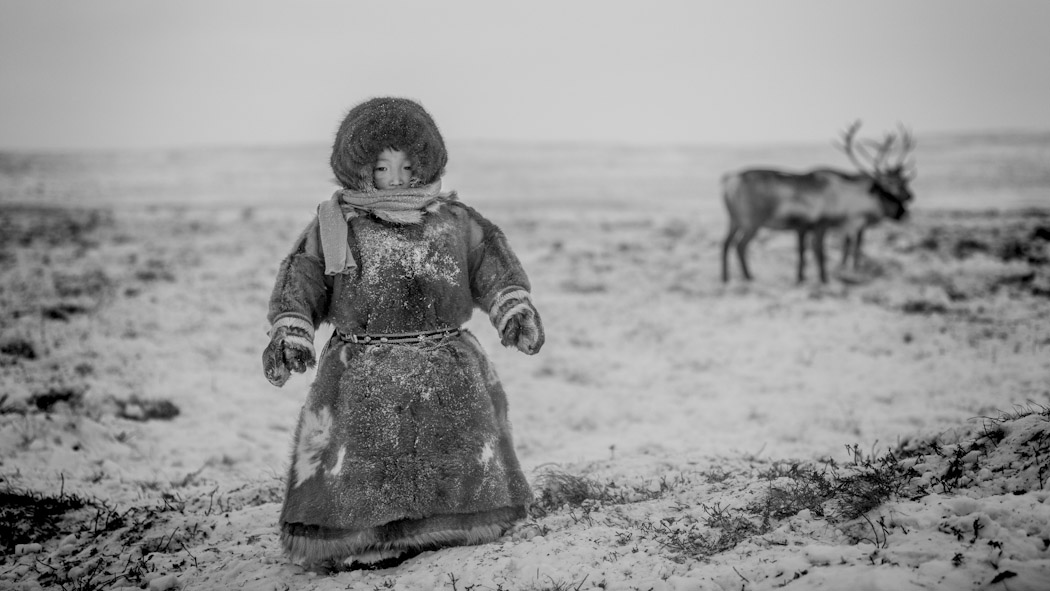 but also deal with the exhausting handling of the migration. They go to bed later to ensure that everything is in order for the night. I had the strong impression that they never stop working. 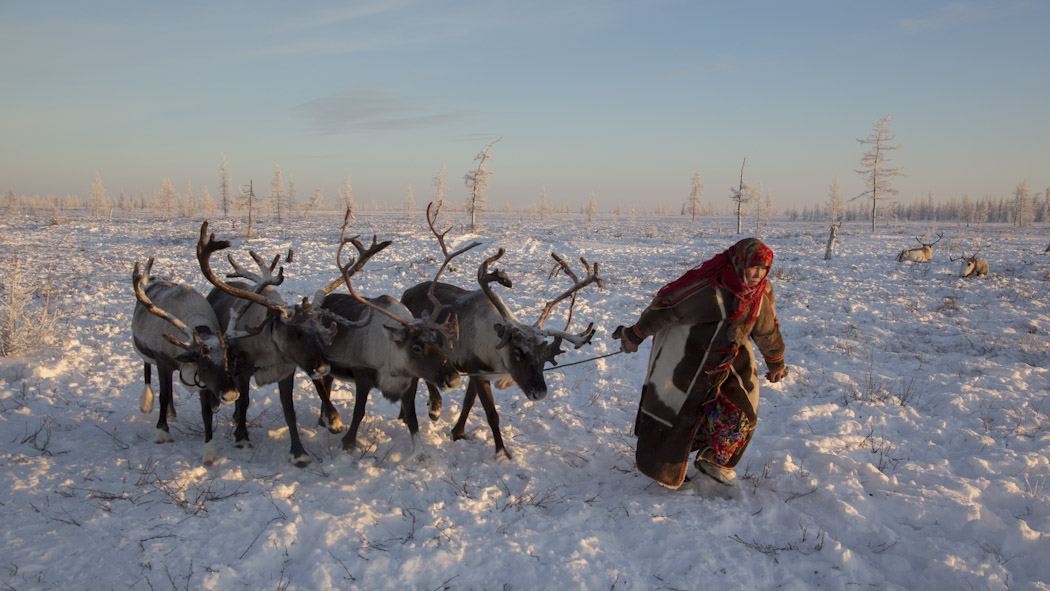 This extraordinary and exhausting travel has remained for me a source of images and a reflection on the ability of man to adapt to its environment.

Check Richard’s complete article and many more of his photographic documentaries on his website.

Written By
Richard Deman
More from Richard Deman
Discovering, sharing and trying to understand the Nenets’ way of life, so...
Read More