The first time that I camped without my parents it was here, at the Serra da Freita. The parish invited the group that was preparing a particular religious celebration for a week in the mountains. This turned out to be a very special week, not only to me but to all my teenage friends who came along. We were amongst peers of the same age, in a spiritual retreat, in the midst of nature.

That was over 30 years ago. I have returned to the Freita mountain on several other occasions, especially to try some of the many hikes that have been prepared by the Arouca Geo Park, all very well signed. Instead of following one of the treks, we preferred to wander freely and build up our own path.

Our first stop was next to the Frecha da Mizarela, for a quick view over the waterfall. The viewpoint is perfect for lateral views over the waterfall. For the front view there’s also a trek that leads down the waterfall, an excellent place to see the waterfall in its entirety. The Caima river falls with all its strength from a height of more than 60 metres, a spectacle that gets more impressive in winter when the water flow is stronger.

The slopes surrounding this waterfall are covered with some of the primitive vegetation of the Freita Mountain, including a laurel forest and, at the bottom of the waterfall, several types of oak, such as the pedunculate oak, the Pyrenean oak and some samples of evergreen oak. Regarding the fauna, you should be attentive to two species: the big golden-ringed dragonfly and the coloured Iberian emerald lizard, which are endemic to the Iberian Peninsula, and protected species.

We continued for another kilometre until we reached the Albergaria da Serra hamlet. There we parked our car next to the traditional bandstand. Well equipped with raincoats (afterall we were in October and in the mountains, where the weather is unpredictable), we started ascending the paved road, next to the chapel. 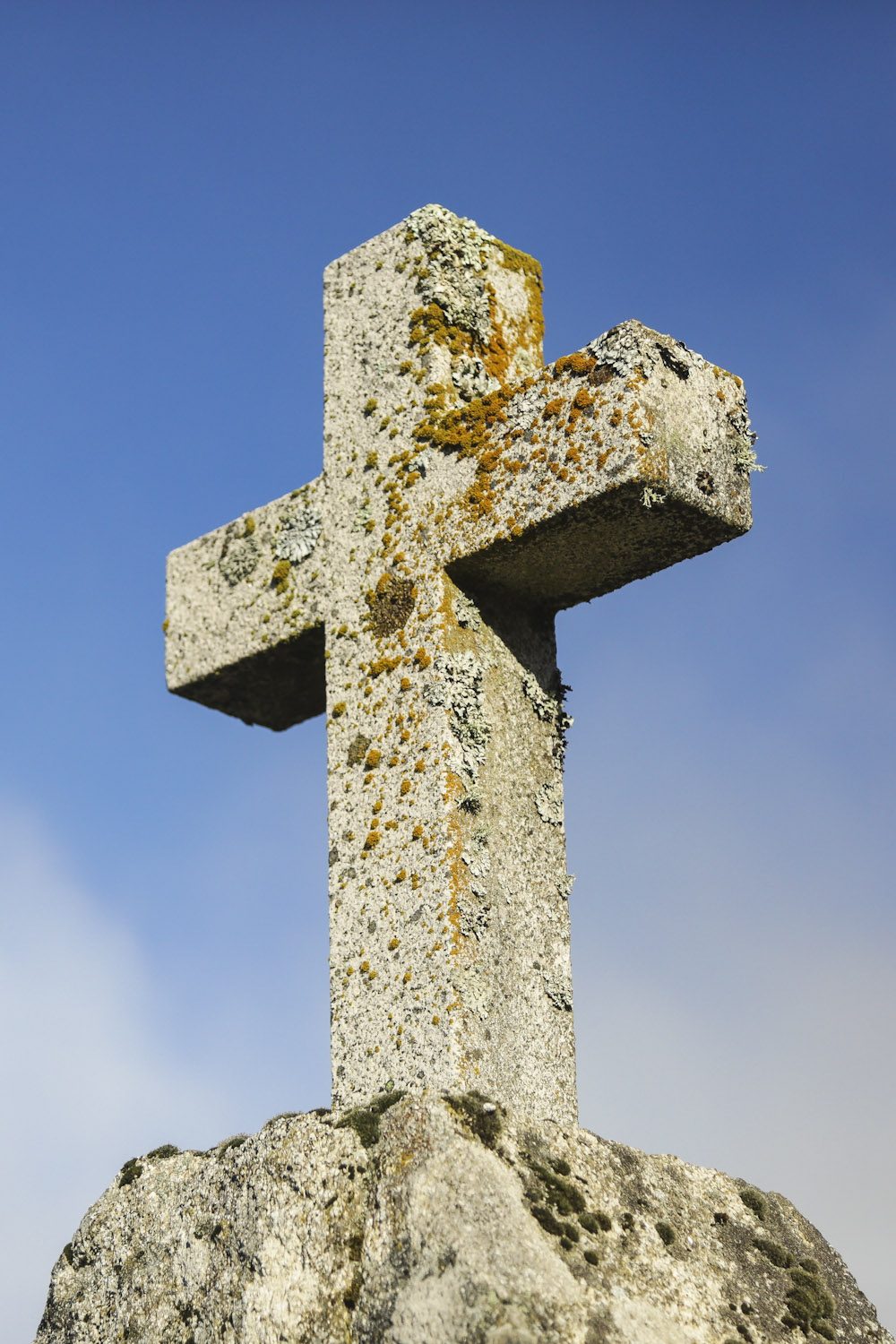 From here, we put together our own walk, choosing different paths, according to the wind and according to our wish. We kept looking at the flora, that despite the season, was still in blossom. At least some of the flowers were resistant to the cold winds that gusted through the mountains. For those that are particularly interested in plants and flowers, it is worth having a look at the well-made site of the Arouca Geo Park for a list of what one can expect to find. Of course, the best season for plants is in spring, when the mountain gets coloured by all the different wild flowers that blossom around April. 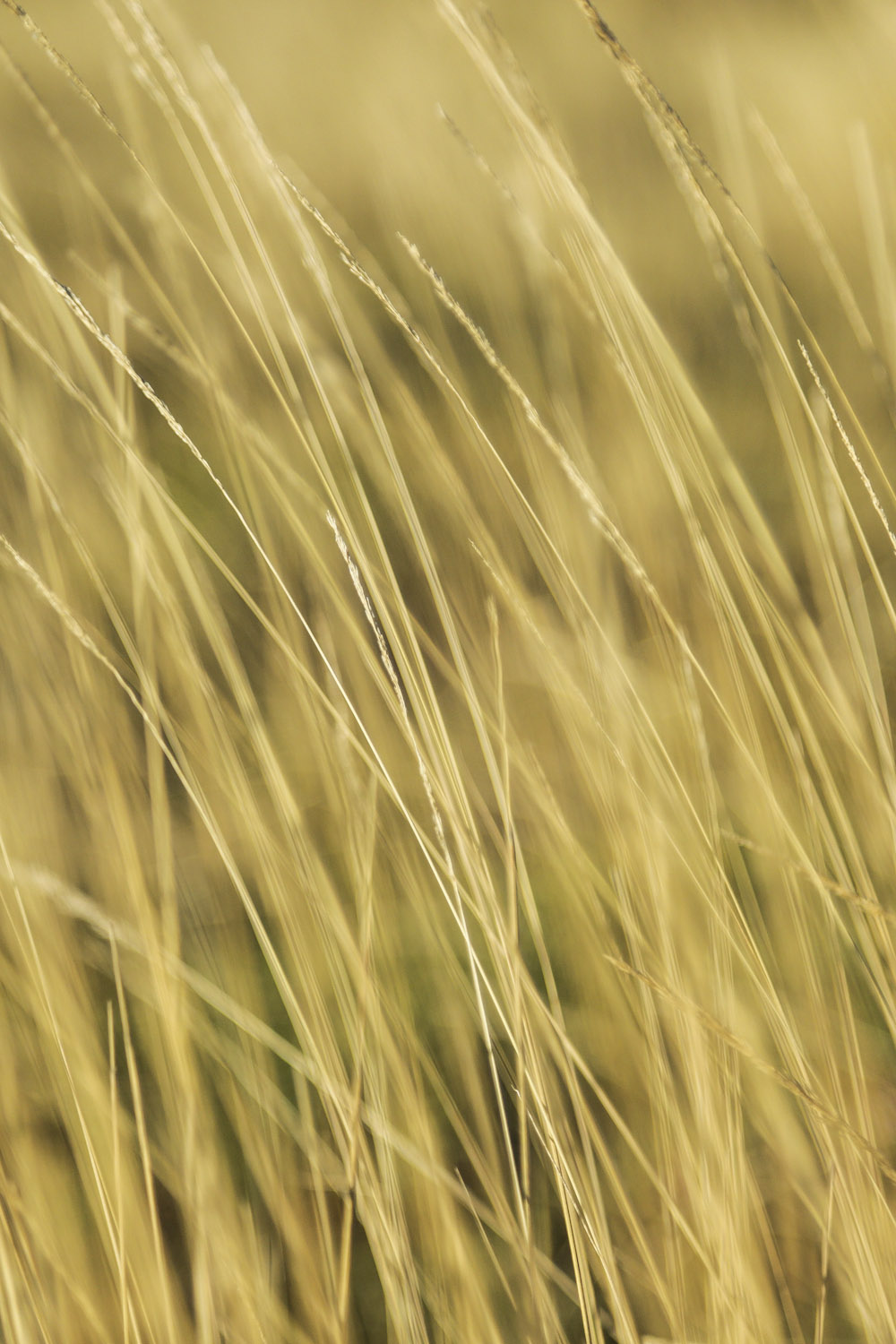 The views were amazing, especially when later in the morning the fog started to lift. We followed the path for a good while, having the wind turbines to our left and the weather radar to our right. It is possible to visit the radar and to climb to its first floor for 360 degrees aerial panoramas over the plateau.

The views were breathtaking, after all we were standing at 1,100 metres of altitude.

But in order to visit the radar, you need to plan your visit to the opening days of the radar. The visit includes explanations about the technical functioning of this infrastructure dedicated to meteorological surveillance and monitoring, among other areas of activity of the IPMA (Portuguese Institute for the Sea and Atmosphere). When the sky is clear, it is possible to see as far as Figueira da Foz (more than 100 kilometres away in a straight line) and Porto (roughly 50 kilometres away). 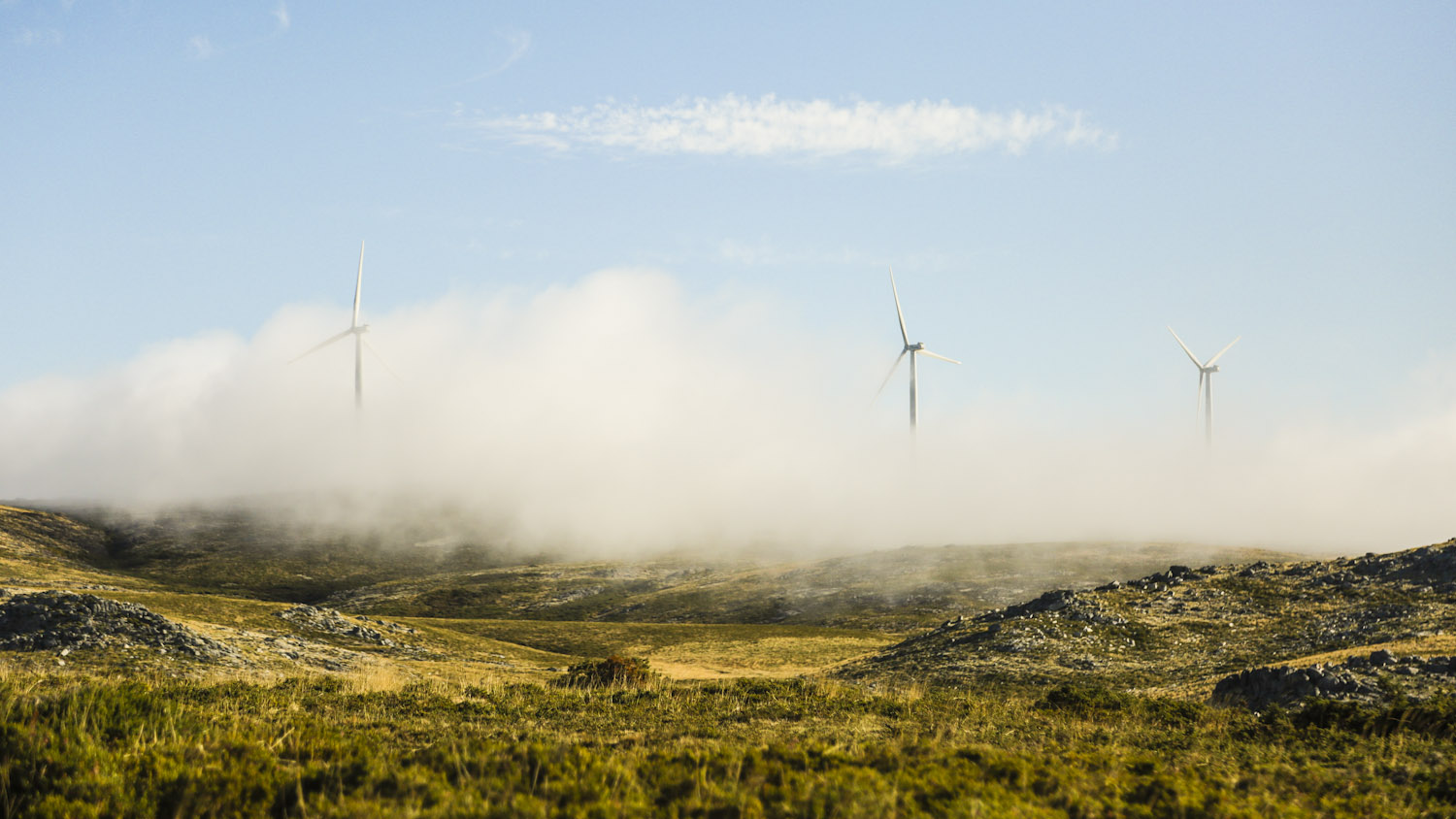 We continued over a wooden bridge until we found an ancient dolmen just by the path. The Portela da Anta is a very well preserved megalithic monument from the fourth millennium BC. In prehistoric times, this dolmen was used as a grave. This is not the only dolmen in Freita. There are at least two other megalithic monuments, not far from this one, though this is the most accessible and also the most impressive one.

After Portela da Anta we continued for another two kilometres through a vast landscape characterised by its granite geoform. The path lead to the left, so eventually, we had the windmills in front of us. This open place was so lovely, that we just sat on some of the many granite rocks for a quick rest, for water and a snack, and of course, to enjoy the wonderful views. 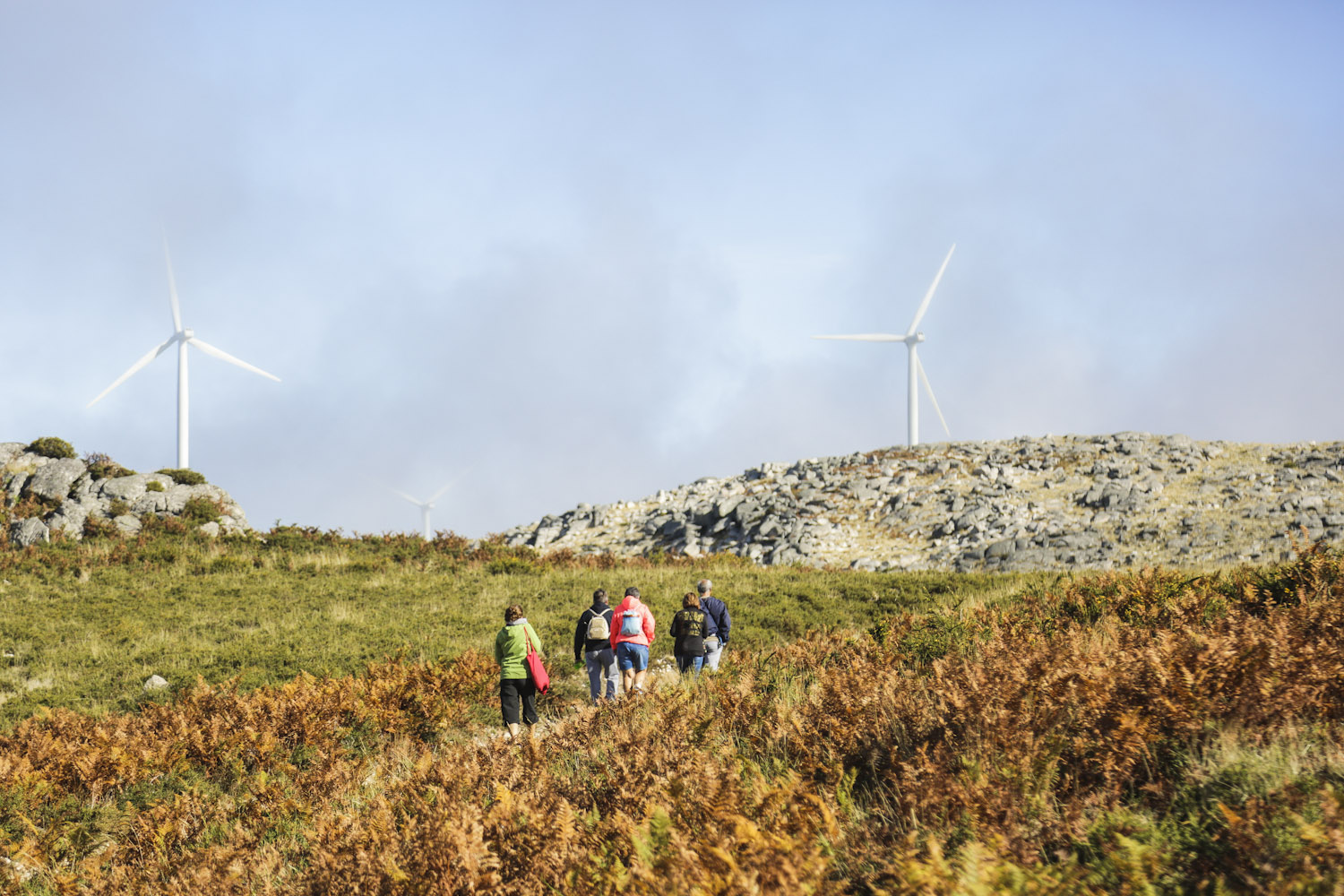 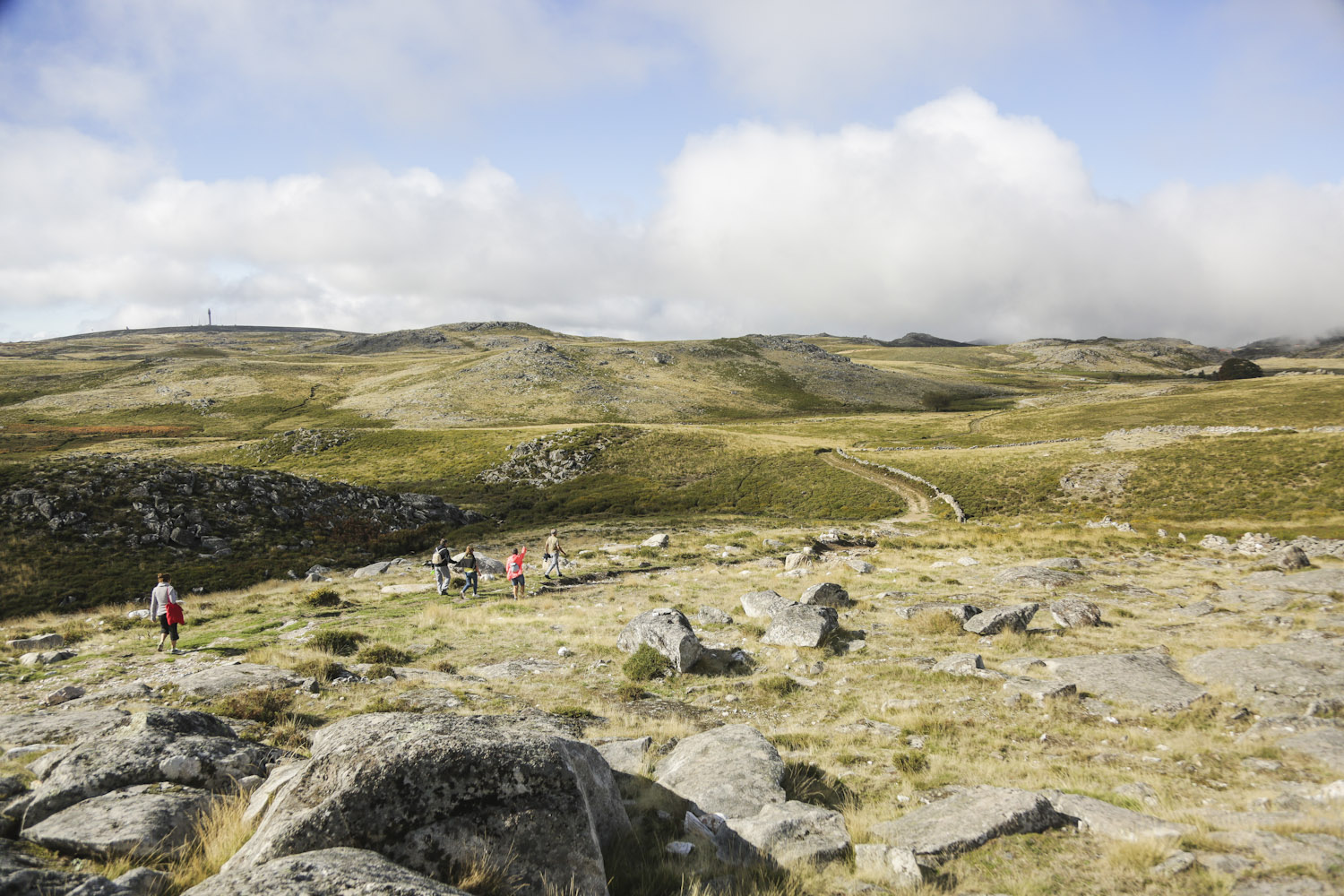 Reinvigorated, we proceeded until the Maize Bread Rocks. The name of these rocks has to do with the fact that they resemble the Portuguese typical maize bread (Broa). In this geosite the granite rocks present clear vertical cracks, caused by erosion. This natural cracking allows the water to circulate, and a series of physico-chemical processes occur that continue the natural erosion. According to geomorphology scholars, the genesis and evolution of these geoforms involves the association of sub-superficial and subaerial processes (whatever that means).

After observing the maize bread stones, we continued the path until it took us to the crossing that takes to the villages of Tabilhão and Cabreiros, if you follow the path to the right side. If you turn to the left, the path takes you back to Albergaria da Serra. We turned to the left, and a few metres later we joined the river Caima. 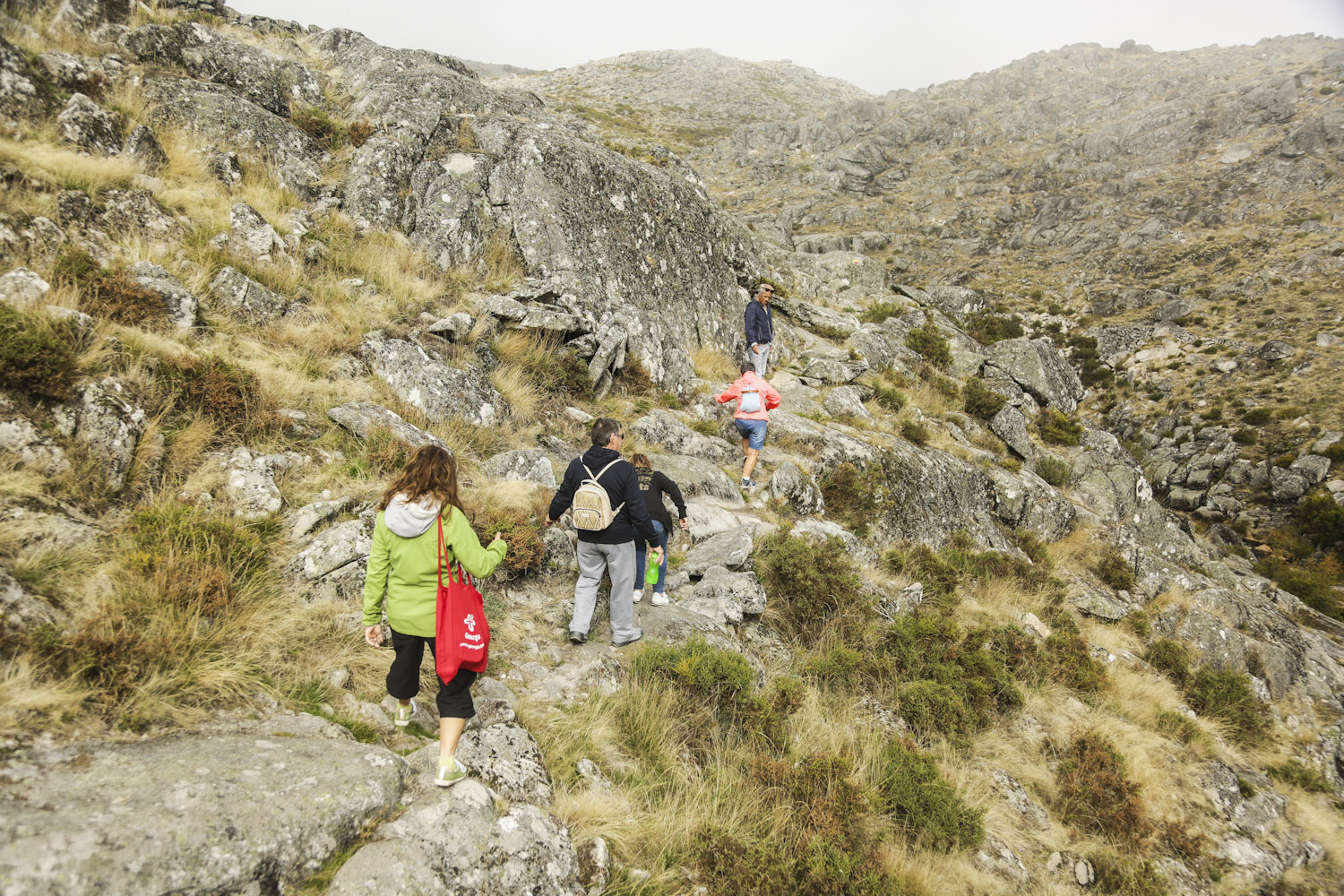 From there the path got less clear, lost through the stones, but it is impossible to get lost, one needs to follow the Caima River. Eventually, a wooden bridge appeared, and we crossed it to be on the left margin of the Caima river. Don’t hurry here, so you don’t miss the old water mills, which were also used as shepherds’ refuges. 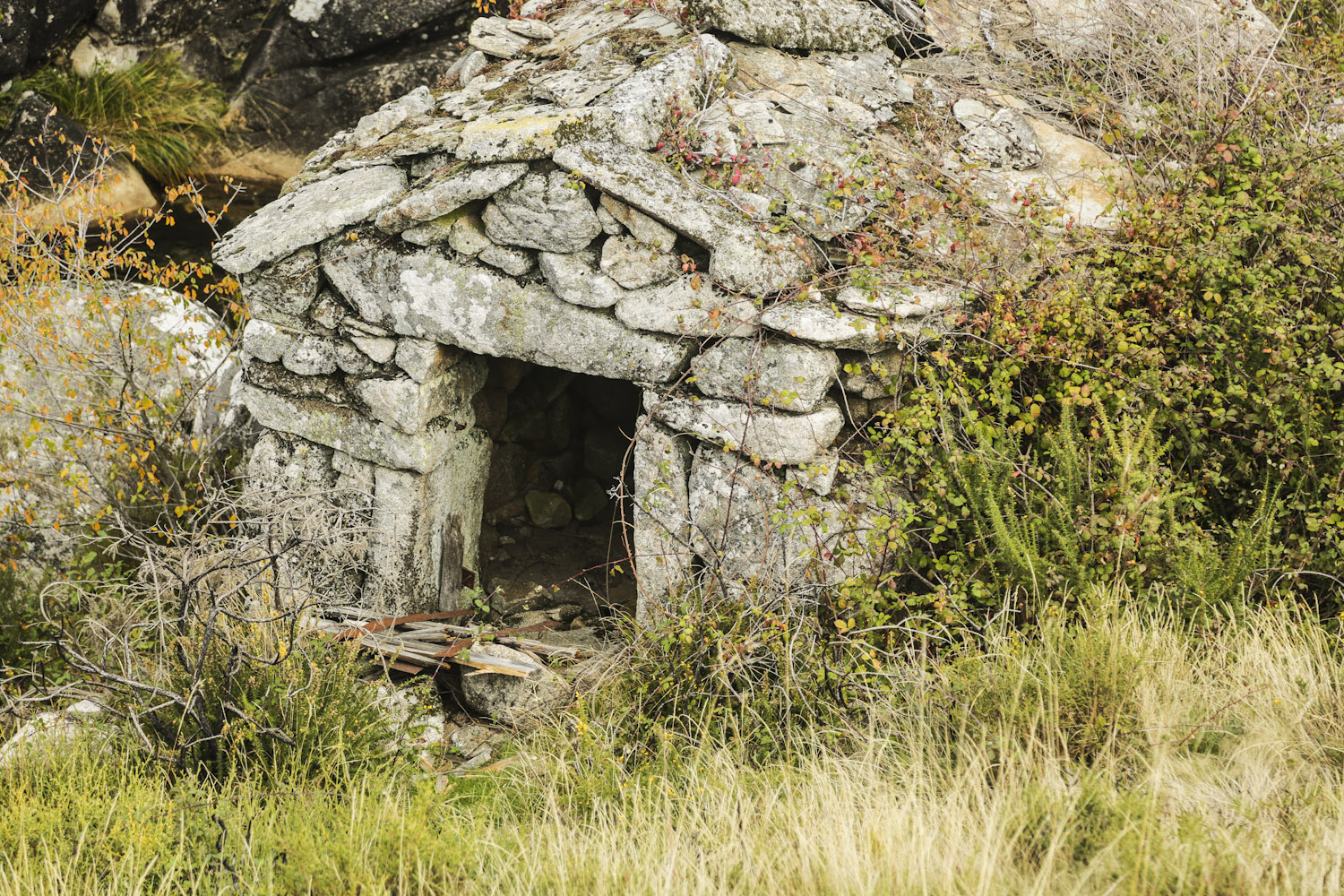 The river took us back to the starting point of this walk, and so we concluded a circle that was around seven kilometres in length. From here, you can decide, if you still have the energies, to follow the path to the west side of the village, which takes to Merujal village, where there is a camping site with all the facilities. If your thirst for trekking is quenched, you can head to one of the restaurants in the region. 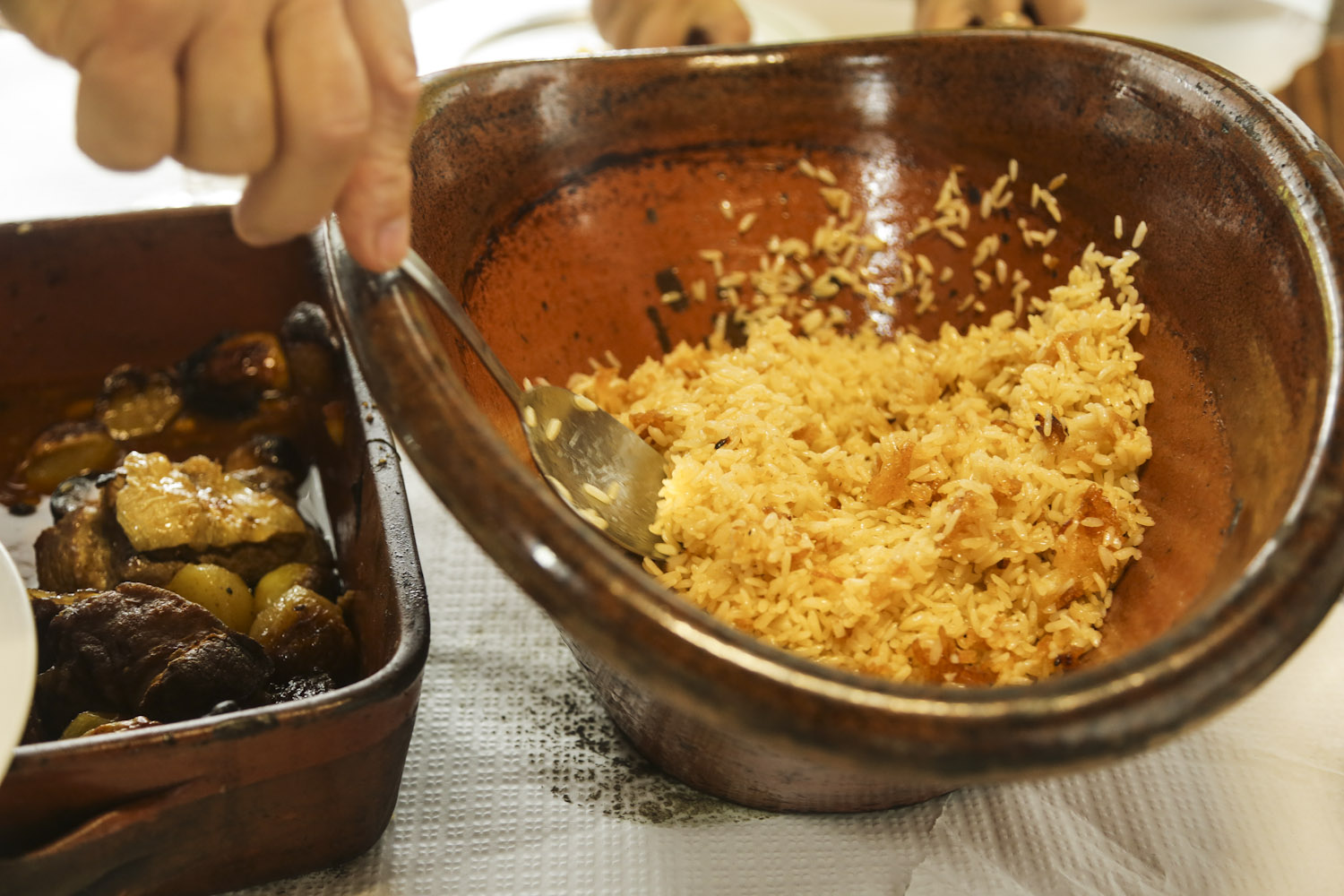 The meat of the region (Arouca meat) is known worldwide because of its quality. It has been considered a product of Portuguese origin, duly recognised with the PDO, the Protected Designation of Origin label since 1996. This label attests not only to the origin but also to the quality of traditional products. This is really not surprising, the animals here run freely and eat only the grass that the plateau offers. If you decide to have lunch or dinner in the mountain, don’t miss roasted veal or roasted kid (young goat). The roasted plates here have the particularity of being cooked in wooden burning ovens, and they are simply delicious! The portions are generous, so make sure you walk a lot so that you don’t feel guilty if you eat too much! 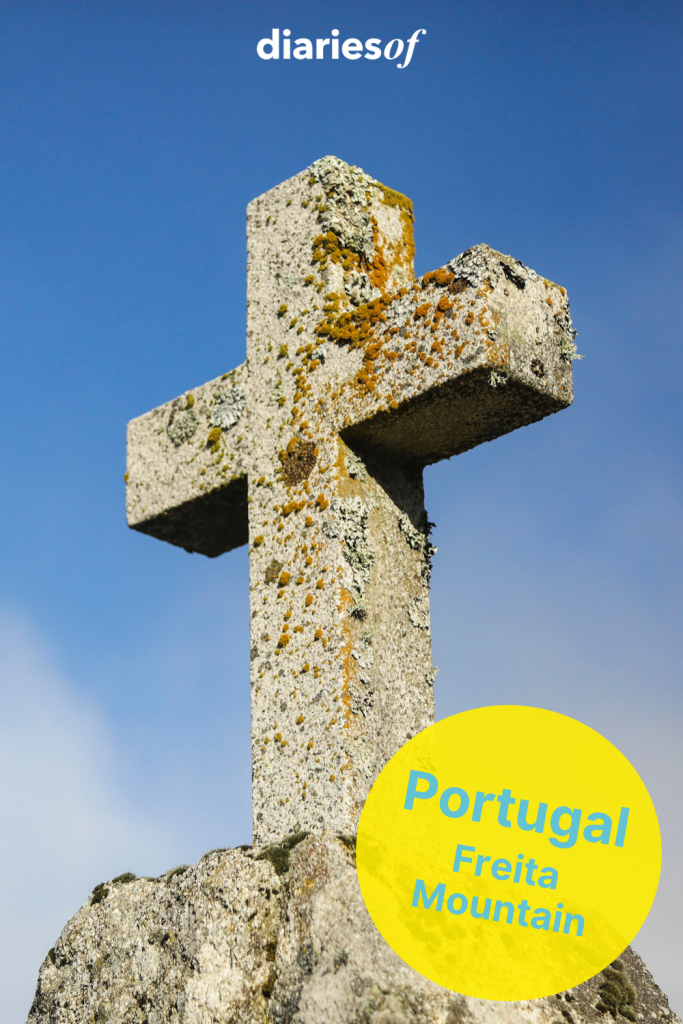 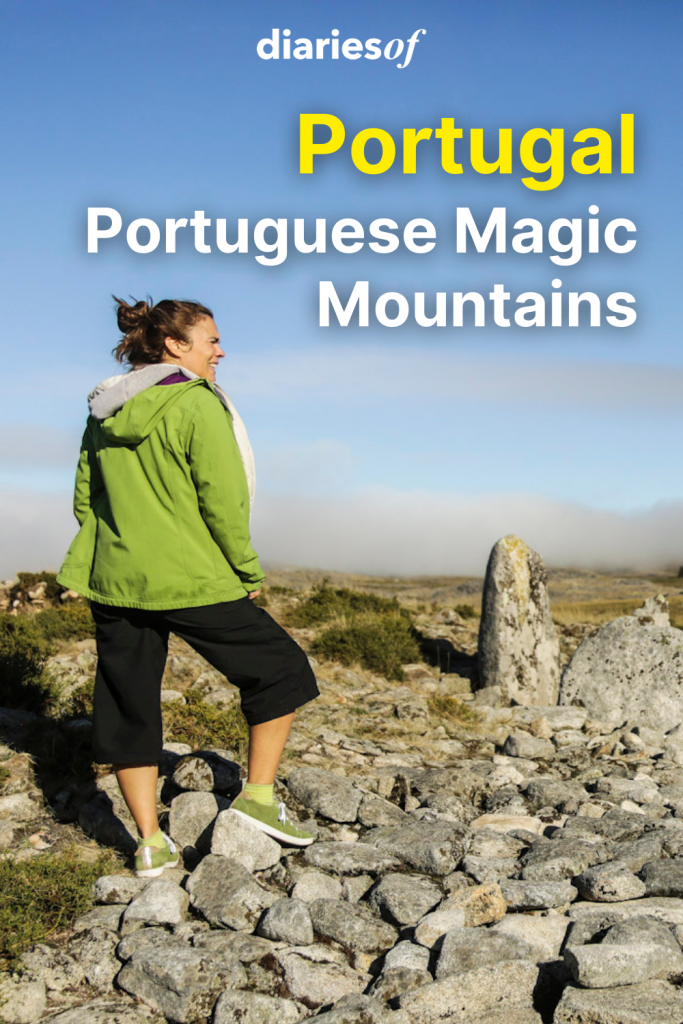 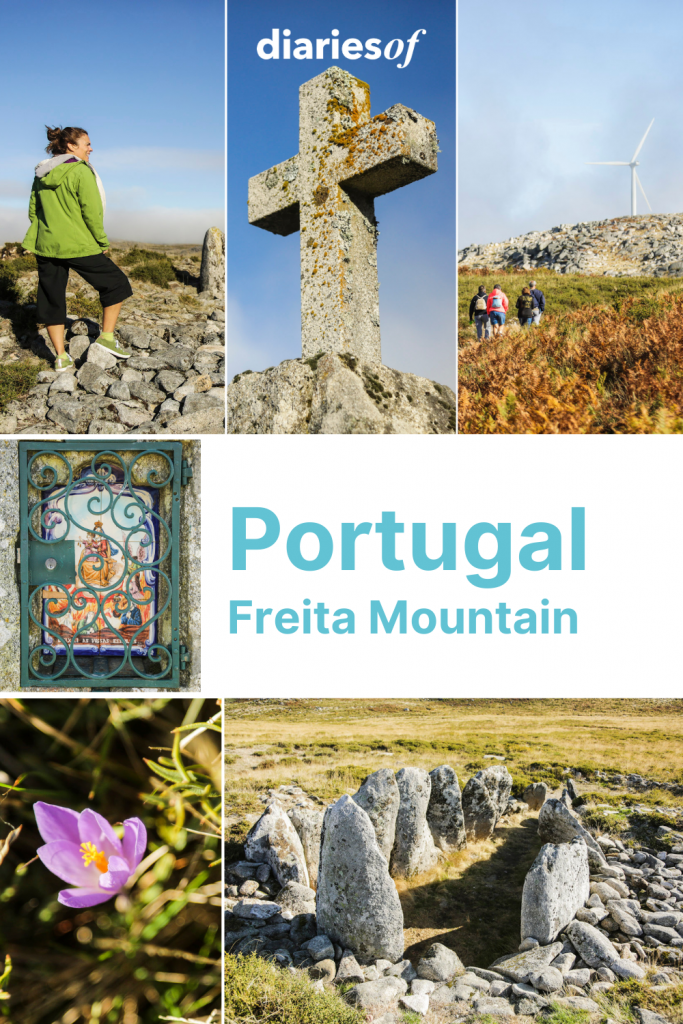