konglor cave with a boat through the dark

One of the most popular trips in Laos is the legendary Thakhek loop, right in the middle of the country. The loop includes several natural highlights, such as waterfalls and caves. The most impressive cave is without doubt, the Konglor cave.

Before driving to the Konglor Cave, we made a quick stop at the View Point Pha Hang Sakheu to absorb the wonderful views of Konglor, a small village surrounded by many hectars of tobacco plantations. Konglor overlooks the national park and it is from there that one accesses the Konglor Cave.

When we arrived in Konglor, we parked the motorcycles in a parking lot and continued on foot through the forest, till we reached the entrance booth of the cave. The path is enriched by numerous explanatory panels, written in French and English, about the historical and environmental aspects of the site, making the walk all the more interesting. Once at the entrance, we purchased our tickets, which cost 65,000 Kip/person (around seven euro). The tickets include the visit to the cave and a cruise along the interior of the cave, by boat.
We climbed aboard a motorised long-boat, to cross the 7,500-metre-long cave, along an underground river that was discovered in the sixteenth century. In 1920, when the population saw domestic ducks coming out of the cave, they realised the underground river must be connected to another village, so they began an expedition using a rowing boat. They searched for hours, in a pitch-black cave, which they believed was inhabited by spirits. The five volunteers, illuminated only by traditional torches, must have been terrified! Eventually, they reached the end of the cave, and with it the village of Natane. 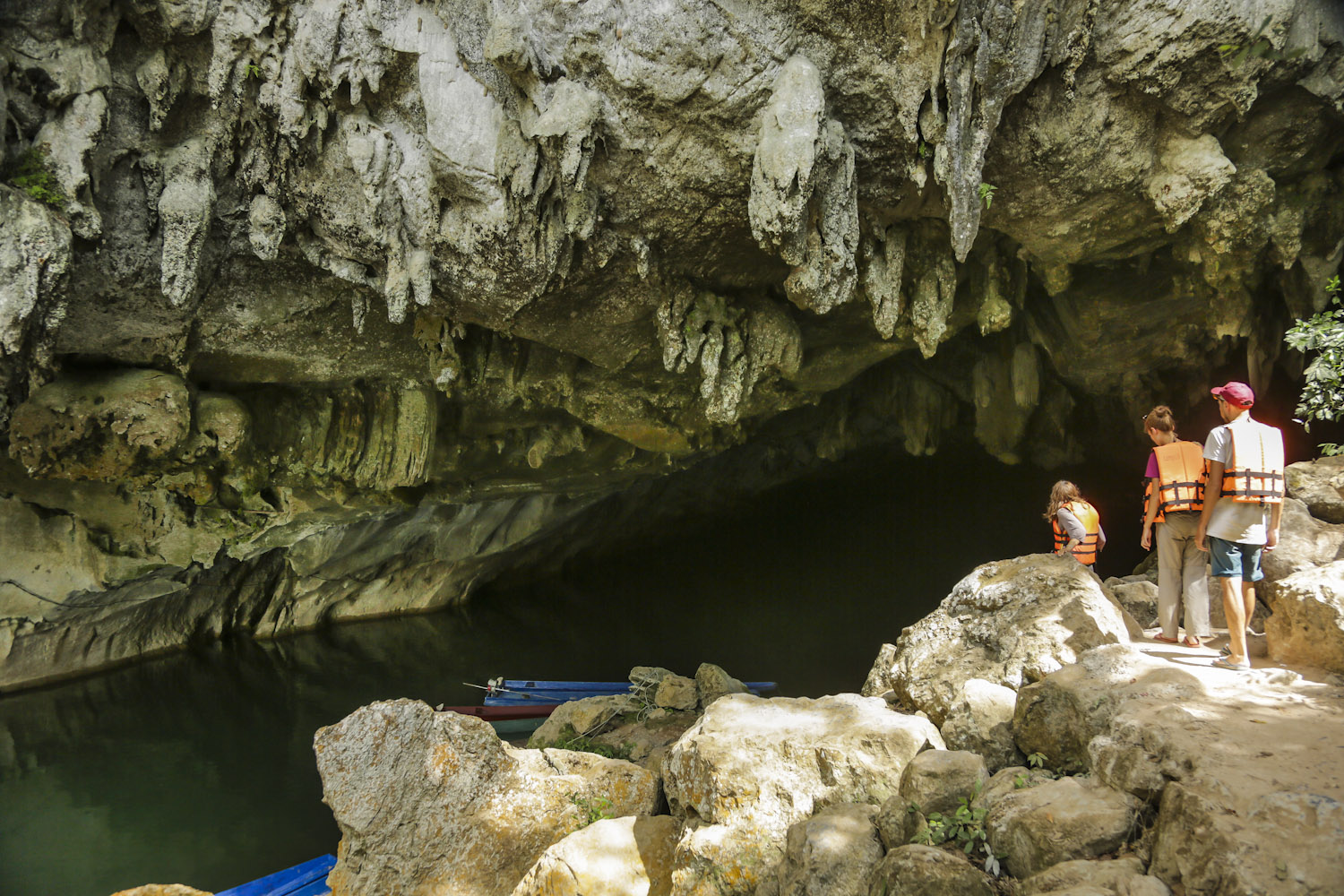 Today, the boat takes visitors and locals to Natane in less than twenty minutes. Alternatively, it is also possible to access Natane via a six-hour hike, passing above the cave through the karst relief – an option for the sporty ones, since the hike is through the karst mountain, where there is hardly a path to follow. Konglor is certainly the most imposing and impressive cave that we have visited. The only downside is that it is not lit and the headlamps provided at the entrance only give a hint of the true splendour of the halls of the cave. However, this journey through the darkness was responsible for the magic we experienced. 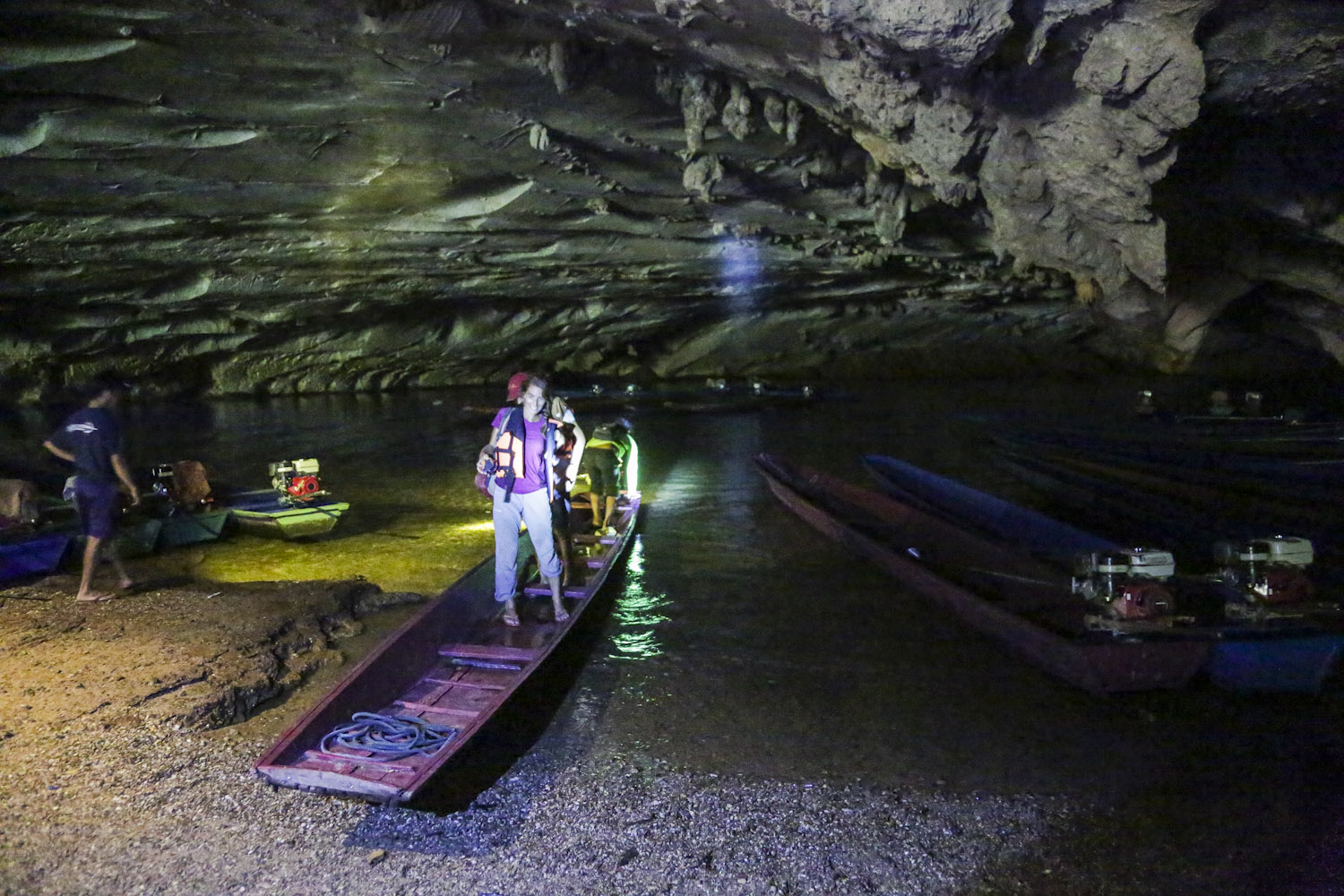 In the middle of the cave, the guide stopped the boat and we got the chance to step out and walk for a few metres in a higher section of the cave. This part is well illuminated, so it is a good opportunity to explore the cave from its inside. After the short walk, and at the end of that section, the guide was waiting for us with the boat and we could resume the trip to the other end of the cave. 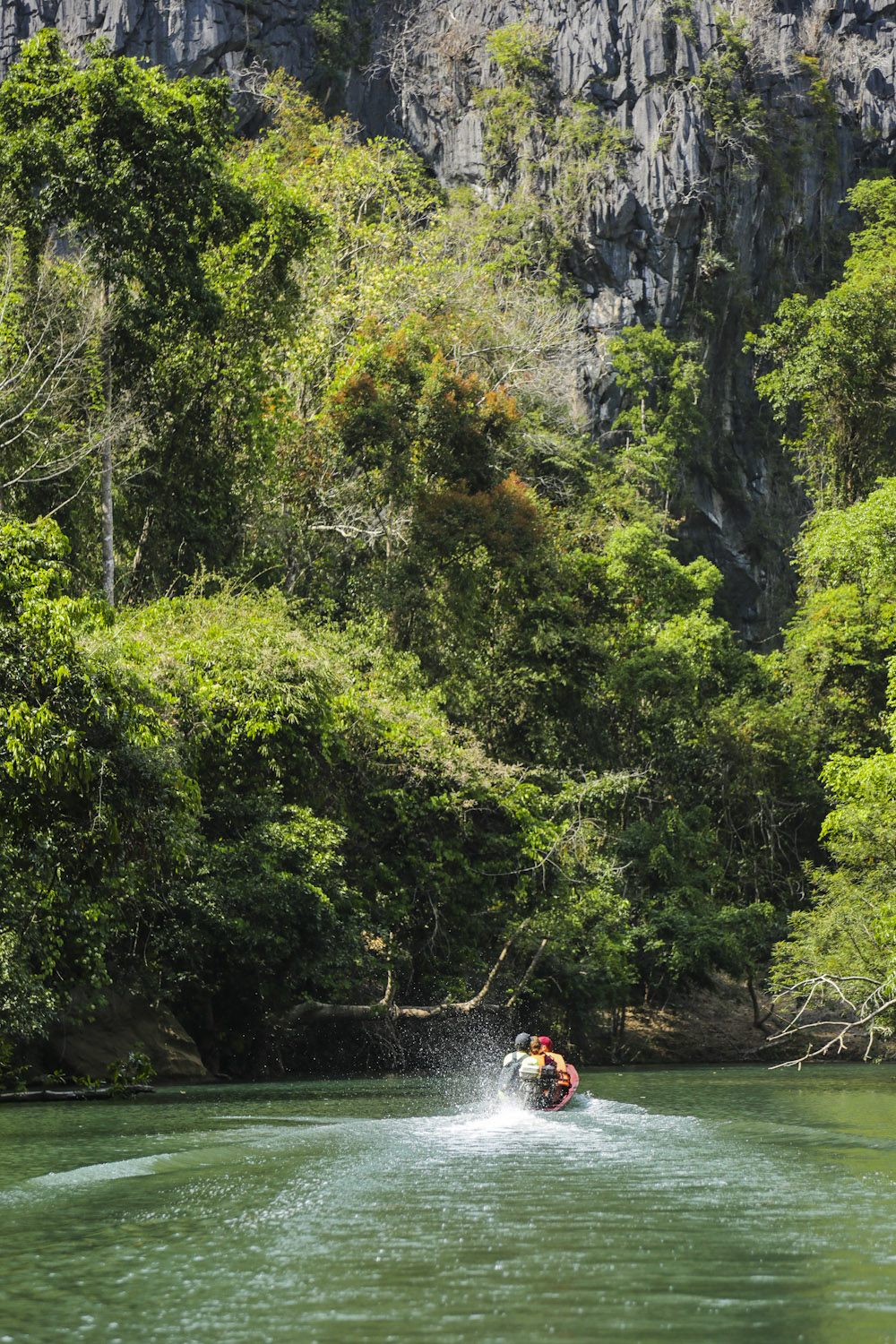 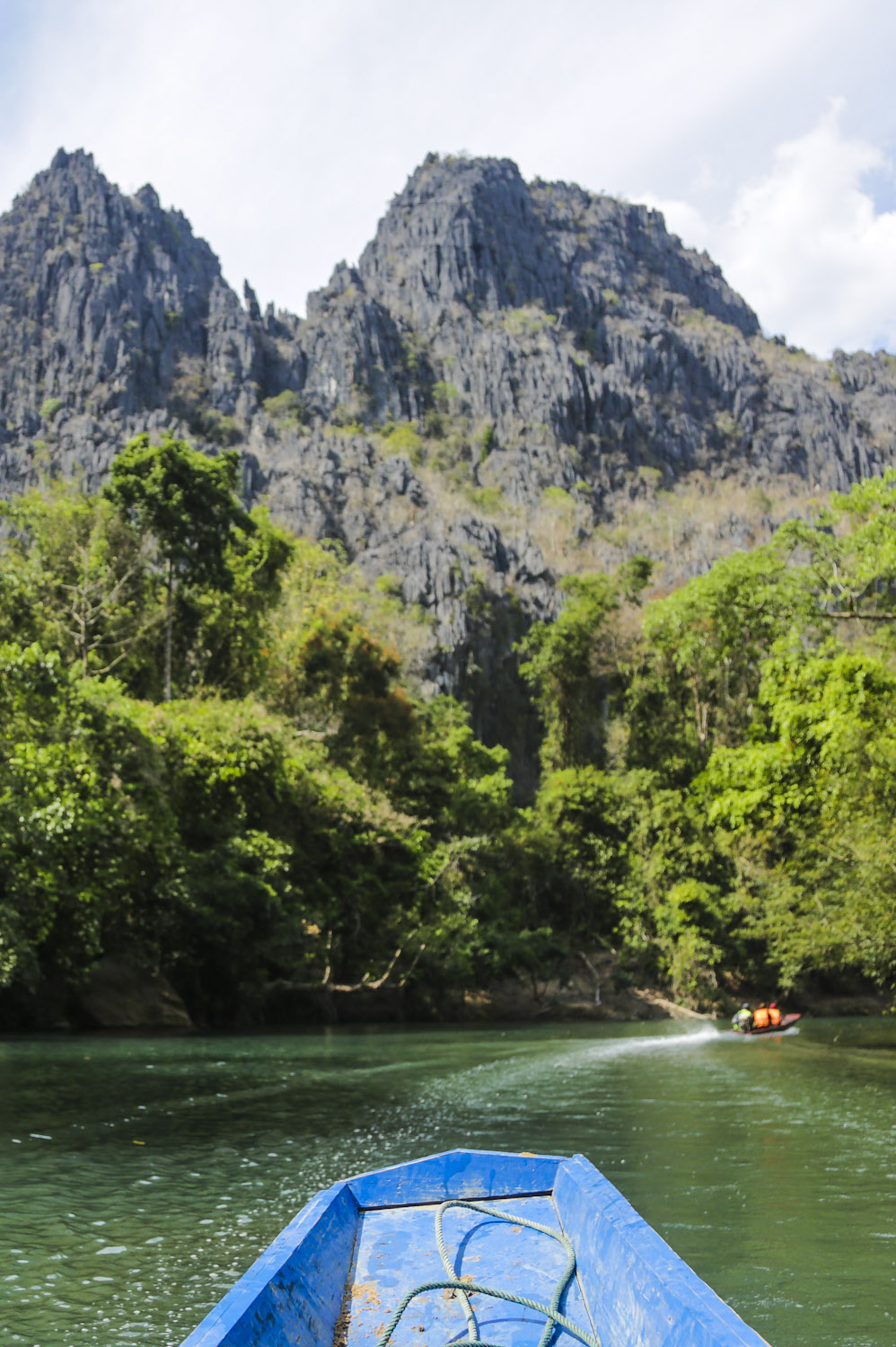 At the exit of the cave, we were greeted by a herd of water buffaloes, wallowing in the water to alleviate the afternoon heat. Once on the ground, we dragged ourselves to the nearest village, the intense heat burning our arms through our clothes. Luck was on our side, because a wedding was taking place in Ban Natane, and we were promptly invited to join the party. The beer was flowing and the heavy bass-beat music punctuated the steps of the traditional Lao Lamvong dance. In this dance, the crowd moves slowly in circles. But having only one hour until the departure of our boat, and knowing how fast beer and Lao-Lao flowed, we thanked our hosts politely and went back to our boat.

Should you stay in Konglor?
The small village has a series of guest-houses and home-stays, as well as a few good restaurants. If you have the time, we definitely advise for you to stay overnight in Konglor for a better feel of the village. As soon as the cave closes down, the crowds leave with the buses and it is possible to enjoy village life in Konglor. There are a few possible hikes in the surrounding areas, so one can stay even for a couple of days to truly enjoy the region.