How we reached the End of the World - diariesof The drive from Porvenir to Ushuaia should have been uncomplicated, the road being tarred. Unfortunately the weather decided to be averse to it. In the first kilometres of steppe we had to struggle against strong winds that seemed to punch us from all directions and in the last 60 km, when we were finally protected from them by the Fuegian Andes, the small pass of Garibaldi decided to slow us down with a small display of snow. We were unprepared for snow and low temperatures and didn’t fully appreciate this part of the trip that offered nevertheless spectacular views. 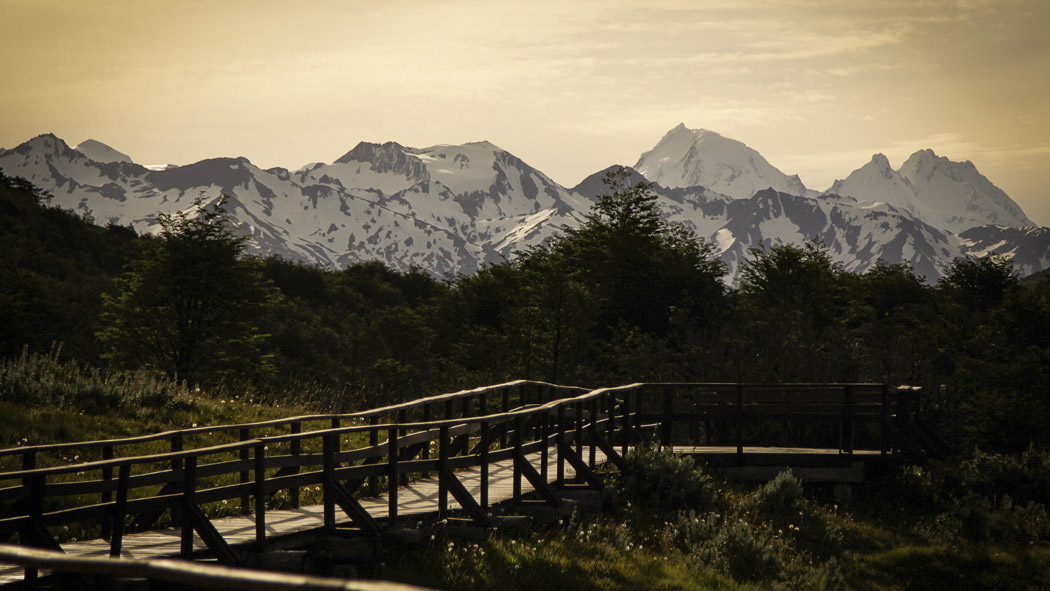 It was getting dark when we arrived in Ushuaia and finding a hostel turned out to be an impossible mission. We went to a camping site instead, even though it was freezing cold. Our summer sleeping bags were not enough to keep us warm and we had to sleep with all our clothes on and with motorbike jackets on top. The next night would be spent in a camping car that the manager of the camping ground offered us! Unlimited generosity in Argentina, also at the End of the World. The camping site had an open wood fire in the common area that was always burning. We could hardly believe that this was summer time and we felt almost lucky to live in Northern, rainy Europe. While waiting for a potential place on an expedition ship to Antarctica (the place after the End of the World?), we stayed a few days in Ushuaia and visited the Tierra del Fuego National Park. We would have loved to enter the park on board the mythic End of the World train, but unfortunately its End of the World prices did not allow. We had several walks and when the sun decided to come out we picked a lake and lay there pretending it was summer time. When the wind stopped we could almost delude ourselves.

It was in such a quiet moment that we spotted an Andean fox having a rest in the forest and looking at us as if warning us not to abuse of our luck. We left it alone and moved on, after all we still had a glacier to climb that day…