We have left Phnom Penh behind and headed to the city of Krakor, from where a dirt road took us to the village of Kampong Luong. At first approach, Kampong Luong may look just like another ordinary Cambodian village. There are a few grocery shops, the local school, a petrol station, a pagoda hands in hands with a church, and even a hospital and an ice-factory. The only difference from a ‘normal’ village is that the entire village life is happening on floating houses and on boats. A ‘stroll’ through the village is only possible with a boat. Kampong Luong is a village whose life is floating on the Tonlé Sap lake.

The Tonlé Sap is the biggest lake of Southeast Asia and is home to several floating villages. Kampong Luong is one such village. It is home to around 7,000 people spread through 1,200 families. Living in floating villages is a typical Vietnamese custom, why do we find it here in Cambodia? A deeper dig will reveal that these families are mixed communities with Khmer and Vietnamese origins. 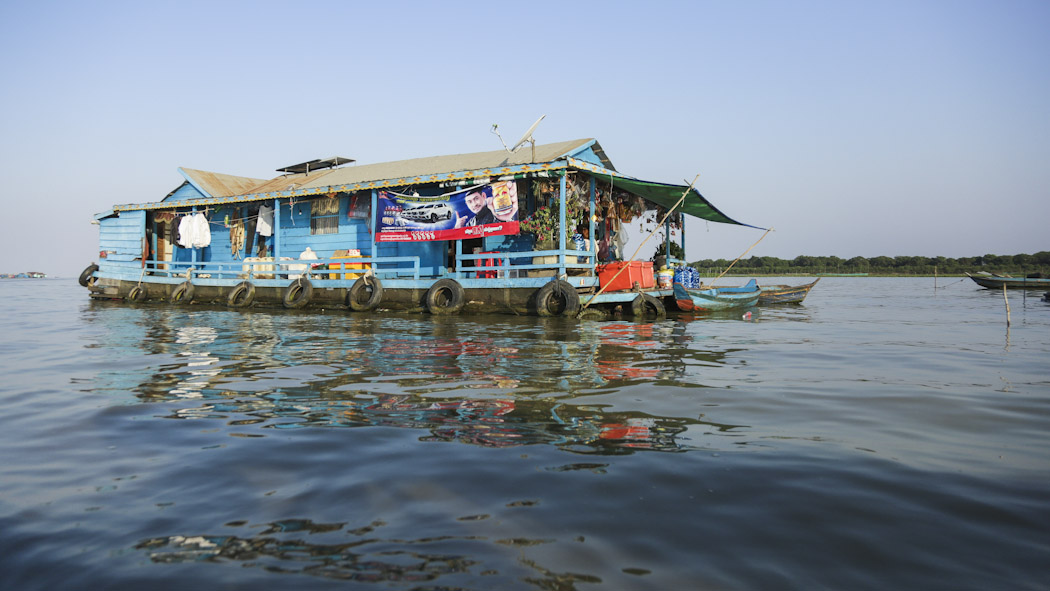 At the bank of the lake, a frenzy of people is loading boats (called sampans) with all kinds of goods. They will soon be taking all the merchandise to the different floating villages spread over the Tonlé Sap Lake. Amongst the sampans, there are also a good number of taxi-boats, which for 15 dollars will take you for a one-hour navigation around the closest village – Kampong Luong. 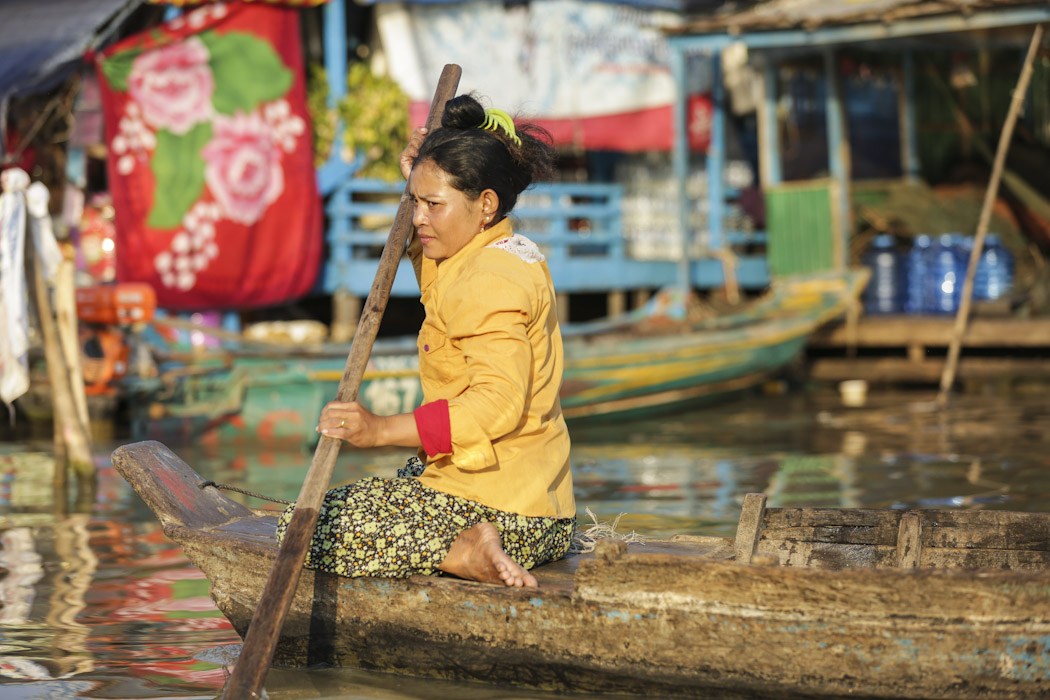 A quick tour on a long-tail boat is like an open window to the daily lives of people going about their daily chores, on their floating houses. Some will be cooking, others receiving the visit of the grocery boat, others will be washing themselves in the waters of the lake while others will be resting on hammocks. But, the main activity remains, obviously, fishing. The lake is fed by the Mekong river, and the entire area remains one of the most fertile ecosystems in the area, with the river being home to 150 different species of fish. 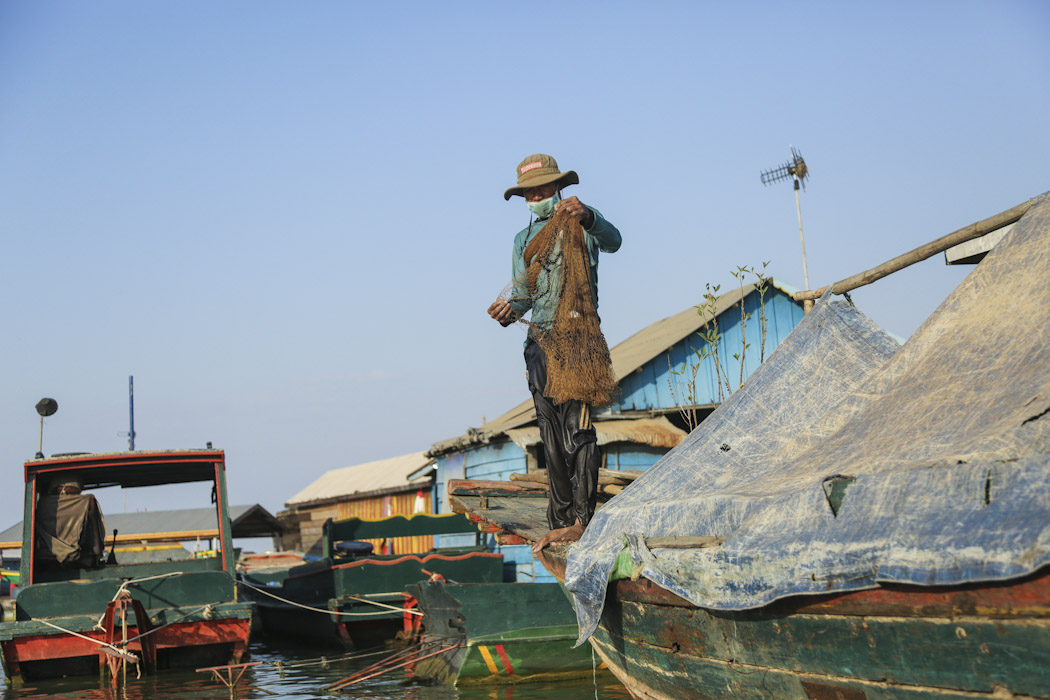 Behind the smiles of the kids and the picturesque facades, life is a daily struggle in the floating villages. One of the main problems has to do with the drop of the fish population, caused by environmental issues, the construction of dams, climate change but also overfishing. 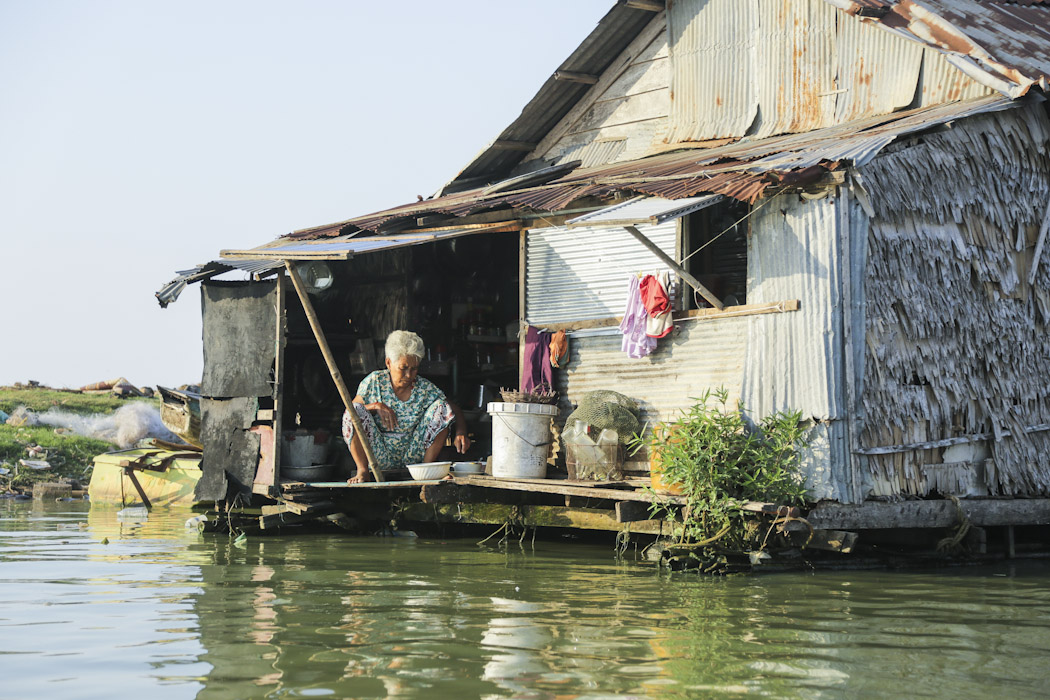 The lack of sanitation and hygiene is another big issue. The population is using the same water where all the sewage ends up, to wash themselves. Children are exposed to the bacteria that cause infant diarrhoea daily. This is still the main cause of infant death in the village. But accidents also occur, and every now and then children are victims of accidental drowning. Unfortunately, we haven’t seen kids wearing life jackets. 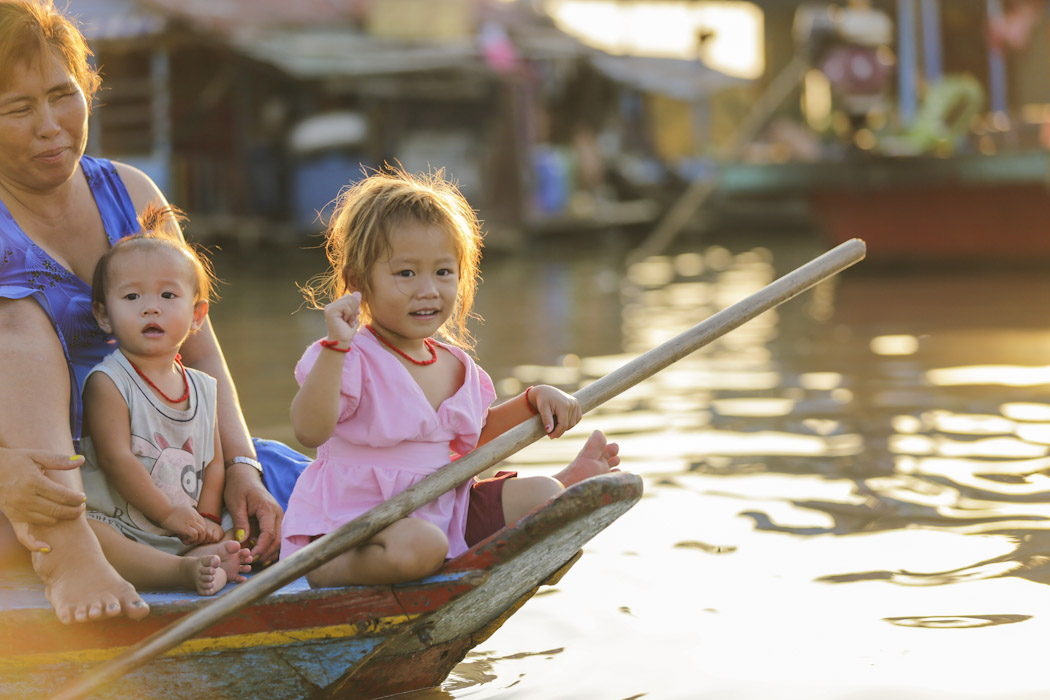 Other dangers come with the rainy season, when strong streams and tides can drift the floating houses downriver causing them to capsize or crash against the margin. 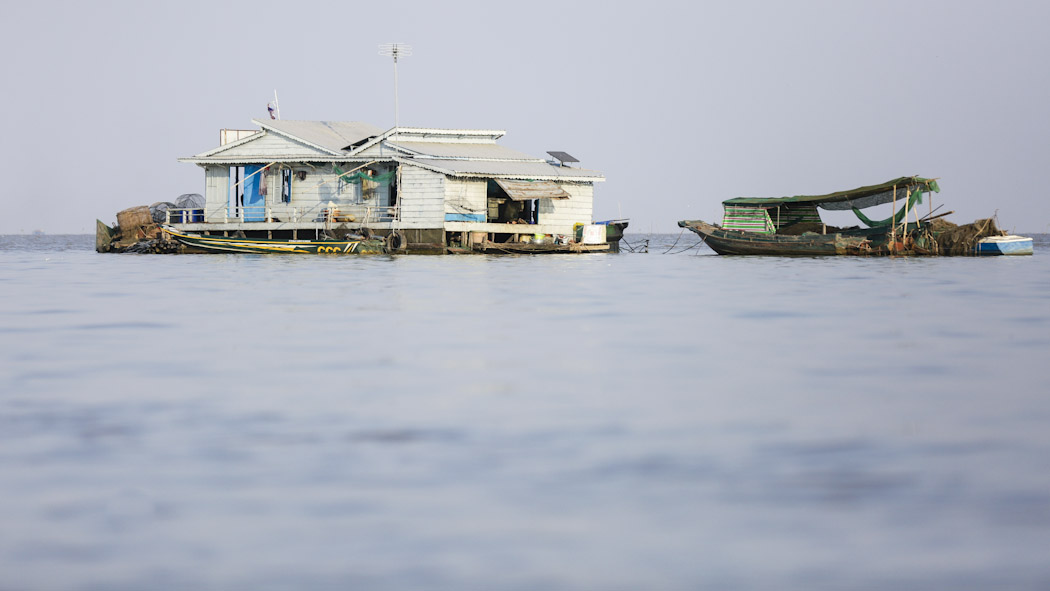 With the long addition of dangers and hazards, it is pertinent to ask: why do these communities stay here? Why do they choose to live on the water? Many of the ethnic Vietnamese that live here are considered illegal immigrants. Even though most of them were born in Cambodia, they have been denied or removed the Cambodian citizenship. This is still an after-effect caused by border redrawings and neighbour animosities during the war. Because they were born here, these families also don’t have any Vietnamese papers. Most of them are, therefore, stateless. They cannot stay on Cambodian land, they cannot go to Vietnam, they have no choice but to live on the water, with all the difficulties and dangers that it implies. 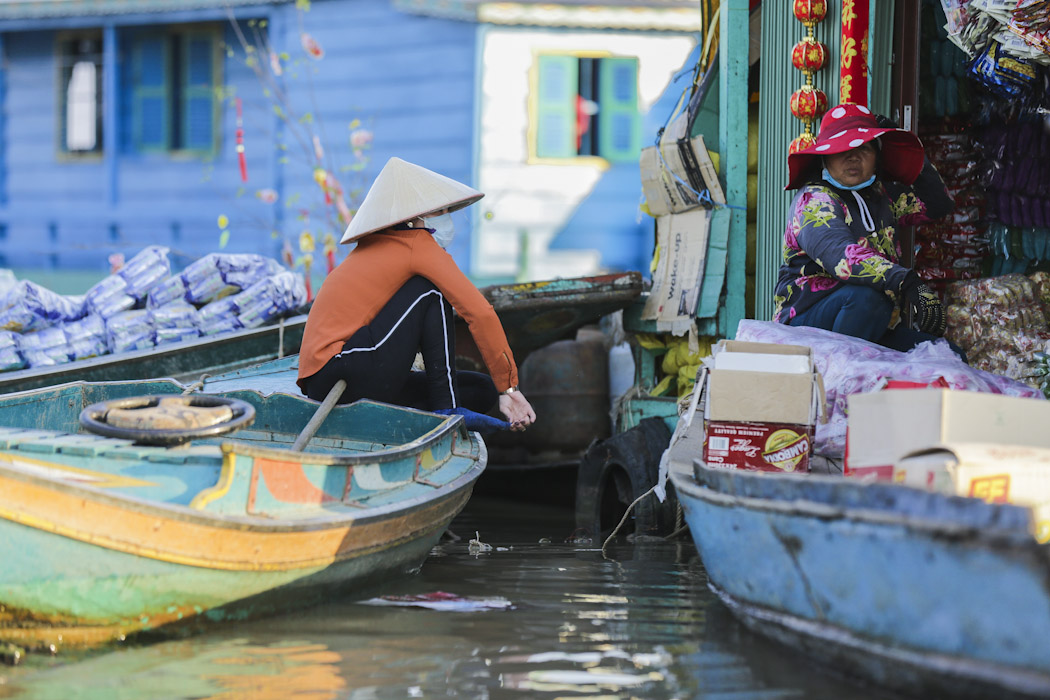 The villagers are used to having visitors picking their noses in their ‘front and backyards’ from the small distance of a boat. We felt welcome, especially by the kids waving at us and greeting us with loud ‘hellos’. 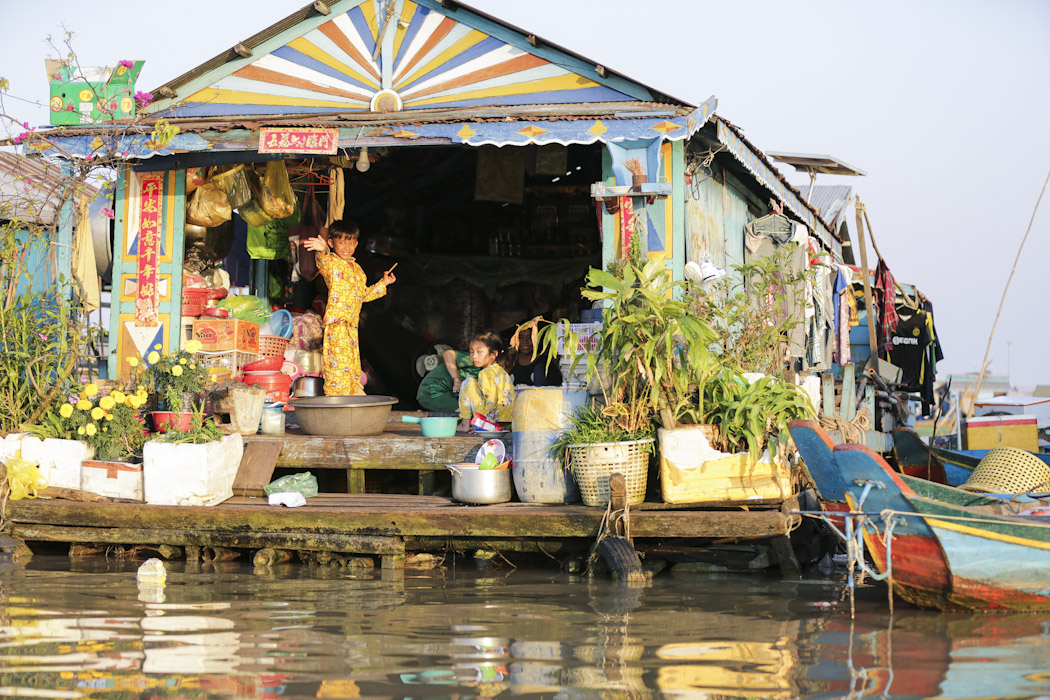 The population has realised that tourism can also be a source of revenue. First, they started offering boat tours to show the village life, but now their services expanded and they are also offering visitors the chance to eat in one of the family-run restaurants or sleep overnight in a homestay. These services benefit more families in the village who, this way, see their meagre takings increase during the tourist season.

We were fascinated to observe these floating villages and to see the resilience of their communities. 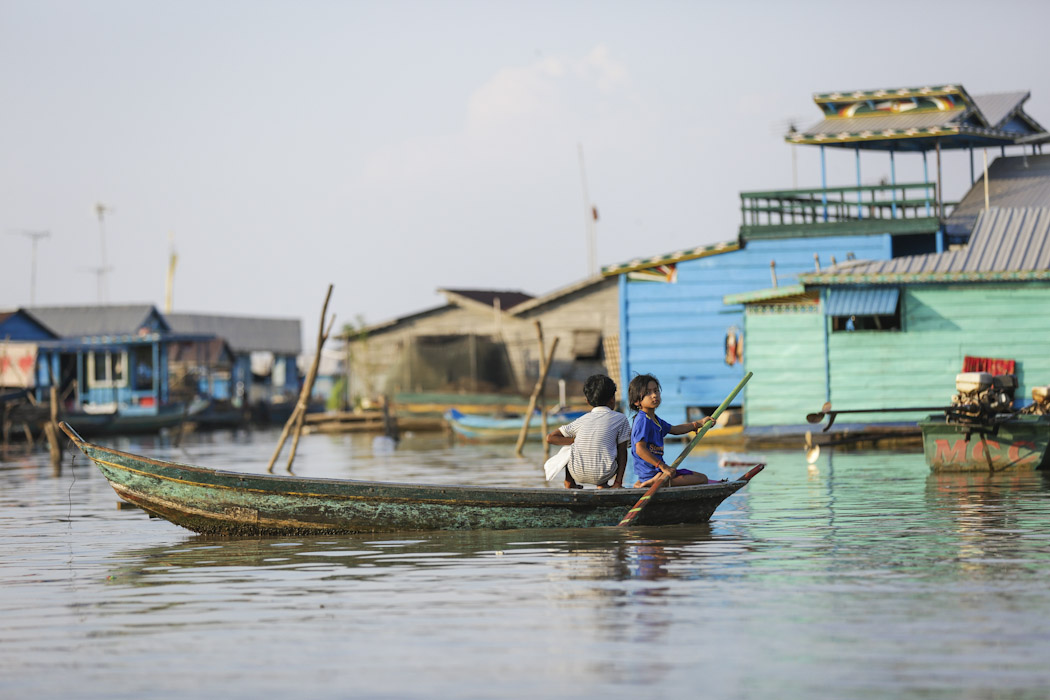