It was 3AM, the day before my boyfriend Ben and I were scheduled to leave New York for a quick snowbird escape to Belize. Ben bolted straight up in our bed and let out a sigh. I reluctantly opened my eyes.

January winds whipped through our ill equipped window panes as I hazily shook off a Central American dream of swimming in cerulean waters, only to realize the water I was swimming in was actually my boyfriend’s sweat. Ah, romance.

“I’m nervous about the cave.”

A few days prior I’d booked us a guided spelunking adventure to Actun Tunichil Muknal, a cave system underneath the jungles of the Mountain Tapir Reserve. Ancient Mayans thought ATM was an entrance to the underworld – a highway to Hell, so to speak. Kings and high priests held ceremonies in the cave from AD 300-900, before the collapse of Mayan civilization, leaving behind hundreds of well preserved artifacts ranging from clay pots to a fully crystallized skeleton.

“There’s nothing to be nervous about, babe.”

I’ll give him some credit – we did spend the entire night reading about how Mayans sacrificially slaughtered people in the cave and left them to die in darkness. And we watched Descent (If you plan on exploring a cave any time soon I suggest skipping this.)

“Have you checked to see how safe this is? I’m getting claustrophobic just thinking about it.”

The irony of his worry was not lost on me as I stretched in our bed, grazing the wall of our hobbit-sized Manhattan apartment with my hand. I replied with a limp harrumph. “More tourists die in car crashes than they do caves.” I promptly fell asleep. 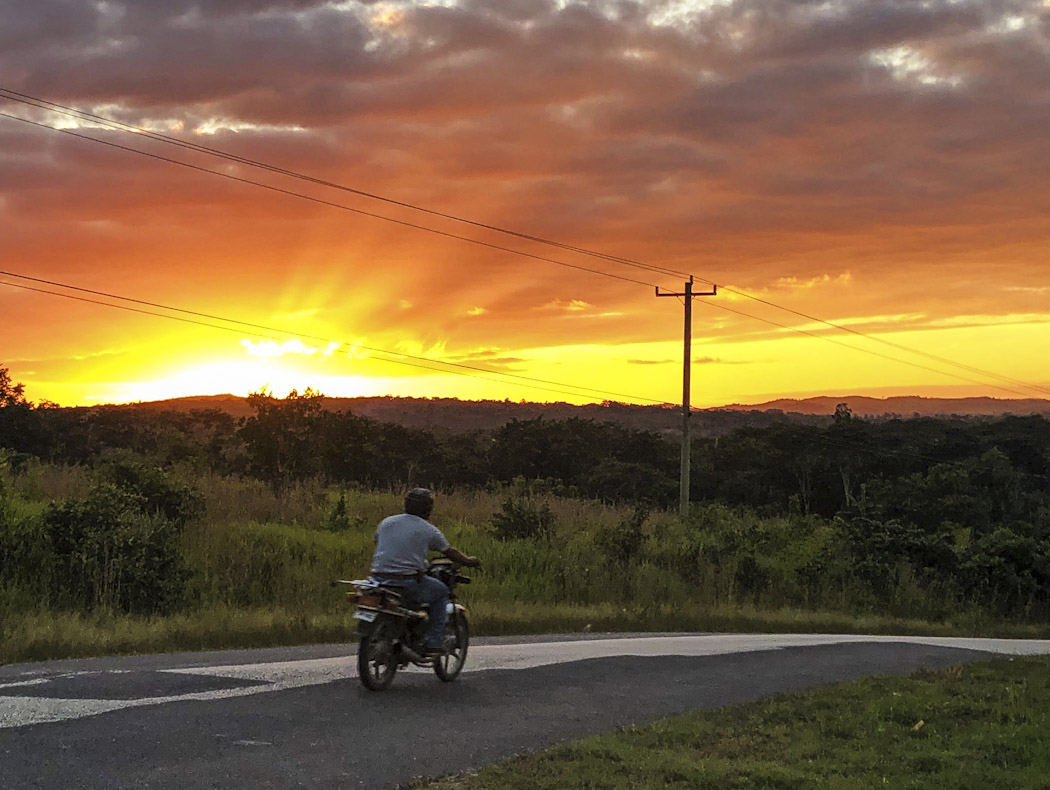 According to Post Magazine, traffic accidents are indeed the leading cause of death for American tourists abroad. But according to the State Department’s statistics about deaths abroad in Belize, between January and June of 2018 the leading cause of death was drowning. Want to know how many drowned? A whopping two. We were about as likely to drown as we were to win the lottery. Still, the hiking trail to access ATM would involve three river crossings, swimming through a deep channel at the mouth of the cave, and fording pools within the cave’s tunnels. I decided to keep these stats to myself.

Ben brought up his claustrophobic concerns several more times – on the cab ride to the airport, while boarding the airplane, and once more when we picked up our rental car in Belize. I abated his fear with a warm smile and wave of my hand as we drove into the countryside in a cramped Daihatsu Terios.

“You should be more nervous about dying in this Daihatsu than going on a tour with a licensed professional.”

San Ignacio, a small town near the Guatemalan border, is the departure point for most tour companies traveling to ATM. The two-hour drive from the airport to town snakes through tiny villages and scrubby jungles along the Western Highway bisecting Belize’s north and south ends.

I don’t usually get travel anxiety or motion sickness. Once, on a turbulent ferry ride from Boston to Provincetown where nearly everyone aboard puked up their breakfast (Ben included) I prided myself on being one of the only passengers to escape sticking my head in the community barf bucket. I even managed to keep my cool on a late night car ride through the roller coaster roads of Tuscany, trying to navigate around blind turns on razor thin side streets unfit for even the most compact of cars. But fifteen minutes into this drive, I was swimming in my very own Central American sweat pool. 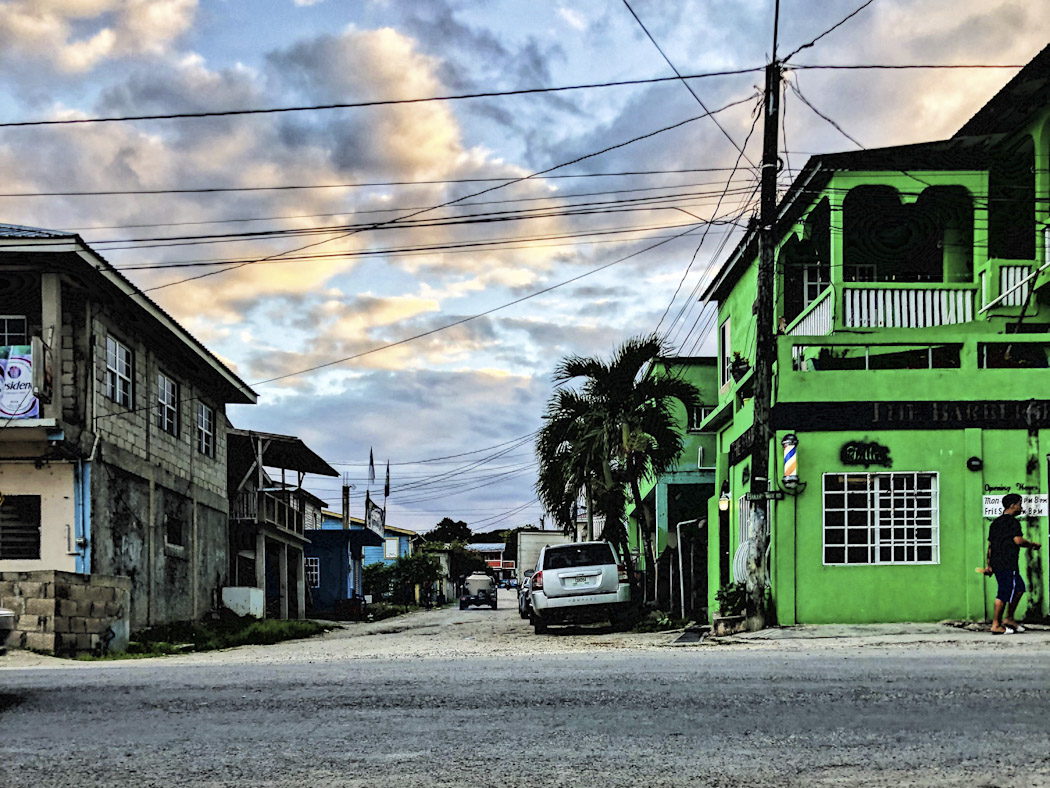 To begin, the speed bumps in Belize are hard for the untrained eye to see. Ben managed to hit three with maximum momentum, nearly sending our heads through the roof of the rental. To add insult to injury, the only discernible Central American road rules I actively saw people following on the highway were 1. Do whatever the fuck you want and 2. Watch out for stray dogs. Yellow lines, if present, are meant to be crossed, and signaling is for the birds. Ben took note, and it wasn’t long before we were flying down the Western Highway to San Ignacio like Thelma and Louise. I white knuckled the grab handle on the passenger side ceiling as Ben and his Evel Knievel kinsmen vied for top place in Belize’s very own Daytona 500, loosening my grip only once we reached San Ignacio. By the time I let go my hand looked ready to give a horse a handjob – a prospect far more appealing than driving down my own personal highway to Hell.

That night, as Ben slept soundly in our Airbnb, I laid awake wondering if we’d turn into some automobile accident statistic on a travel website. I eventually fell asleep to the incessant cawing of birds outside our window, mocking me with their atonal choir practice for our funeral.

The following morning Ben asked me how I slept.

“Horribly. I was nervous about the drive to the cave today.”

He swatted my fears away with his hand and smiled. “Let’s not take the tour group’s van. We’ll drive ourselves instead.”

The tour group was to meet in San Ignacio, pile into a van, and drive an hour to the ATM park entrance together. Driving alone seemed a great option for several reasons: we’d be spared sitting with strangers who may or may not be super lame, and we’d have the freedom to leave as we pleased to fit in some post adventure sightseeing before sundown. I also didn’t trust anyone in this country to drive me anywhere… obviously.

“Are you sure you want to follow me, guys?” The tour guide challenged us with a glint in his eye after we asked about trailing behind. “You might get lost.” I took one look at his van, the same one used in the stranger danger videos shown to every kindergartener in America, and gave swift confirmation. I’d rather put the “die” in a Daihatsu than get decapitated in Scooby Doo’s rape mobile. 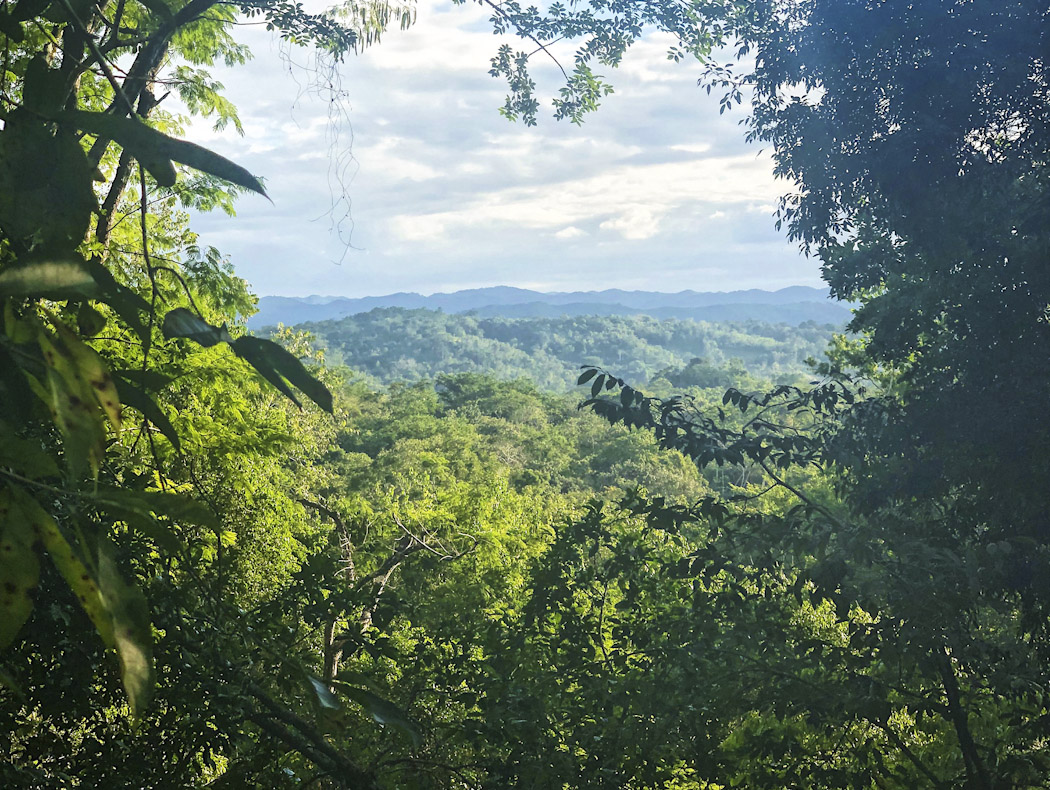 We hopped in our four-wheeled coffin and followed the van through the heart of San Ignacio. Everything seemed fine – until we hit the highway.

Have you ever seen “Speed”? Keanu Reeves and Sandra Bullock are told by some villain that once the bus they’re on starts going 50 MPH, a bomb will be activated. If the bus goes below 50 MPH, the bomb will detonate. By the end of the movie Sandra Bullock is a fucking wreck. She’s bruised and bleeding – the first of her many catastrophic travel journeys in a lengthy film career. (Note to self: never go on a trip with Sandra). Well, in this scenario, I’m Sandra Bullock, the bus is our Daihatsu, and the villain is the man driving the van in front of us. Ben – cool as a cucumber – is Keanu, who seems nonplussed in even the most insane action movie scenario he finds himself in.

The villain, clearly a retired getaway driver for Pablo Escobar, swerved in and out of cars on the highway like the vehicular version of a cross stitch, eventually turning onto a dirt road so pock marked with potholes I was certain we’d lose a tire. I clung to the car door, sweaty and screaming at Ben, who dutifully followed the maniac in front of us with Indiana Jones-like precision. We sped through farmlands filled with teak trees, over warped wooden bridges, and at one point, through a ditch filled with water so deep it lapped at our windows. An automotive/drowning accident combo platter? What luck!

When we finally reached the ATM parking lot, I flung open the passenger side door and let out a sigh of relief. 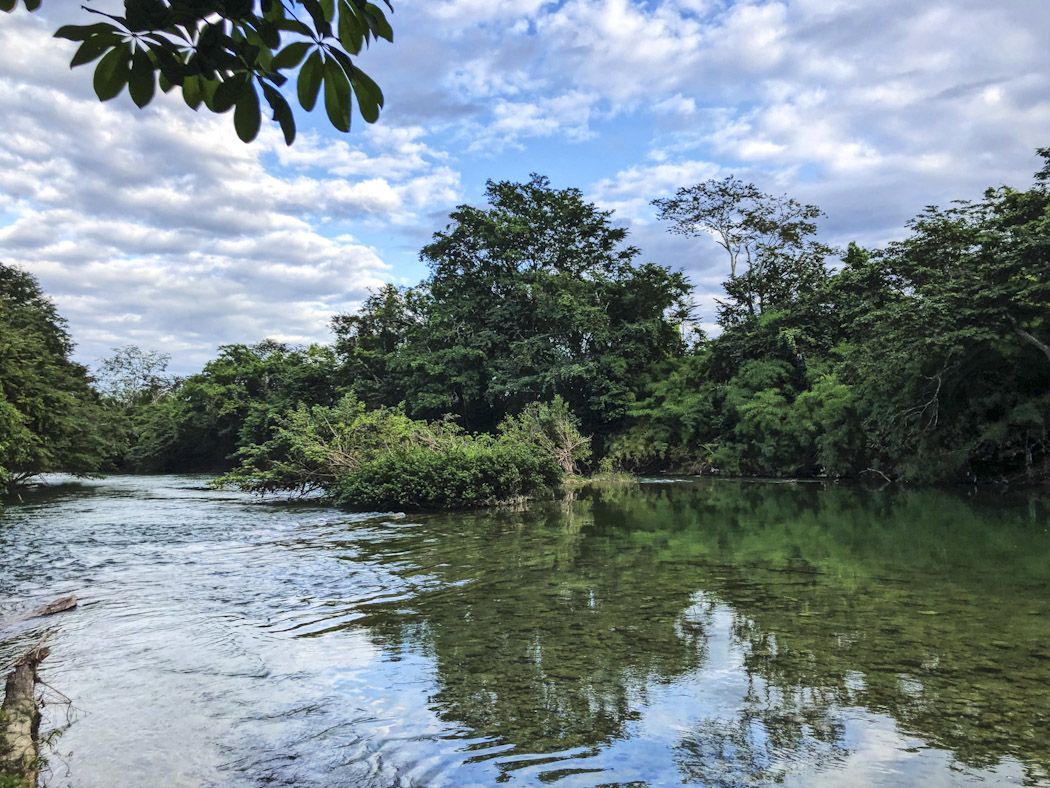 I guffawed, certain the trip had cut my life expectancy in half. Ben joined me outside the car and we looked at the jungle surrounding us. ATM was hidden somewhere in the distance, covered by a verdant tropical forest crawling with jaguars, howler monkeys, and coati mundi we’d yet to see. A nearby river rumbled under clear azure skies. Above us, the steady gaze of an equatorial sun. For two New Yorkers looking to escape winter’s harshest days, we’d done it. This was paradise. I was reminded of a Paul Theroux quote: “The best places are found at the ends of the worst roads.” You bet your sweet ass, Paul.

“You ready to begin?” The guide smiled at us widely. I smiled back, and looked over at Ben. He laughed.

“After that drive, I’m ready for anything.”

Written By
John Garry
More from John Garry
It was 3AM, the day before my boyfriend Ben and I were...
Read More