Portuguese Rice Fields - where to find them, which rice will you find there

We’ve always believed that the rice we ate on our table came from Asia. That is because every time we thought of rice, we associated it with its origins, in the beautiful rice fields that we knew from Southeast Asia and China. We had completely obliterated the fact that our own region in Portugal (Aveiro) actually had several rice mills. Where did their rice come from?

After chatting with our parents, they recalled how, in the past, the region next to the Aveiro Lagoon (Ria de Aveiro) used to produce rice, and how, at that time, the flooded fields were beautifully cultivated to display, once per year, the chartreuse green seedlings. They also told us that, contrary to what we thought, the water used to flood the rice fields is not the salt water from the Lagoon. It is fresh water from smaller rivers that flow into the Lagoon. 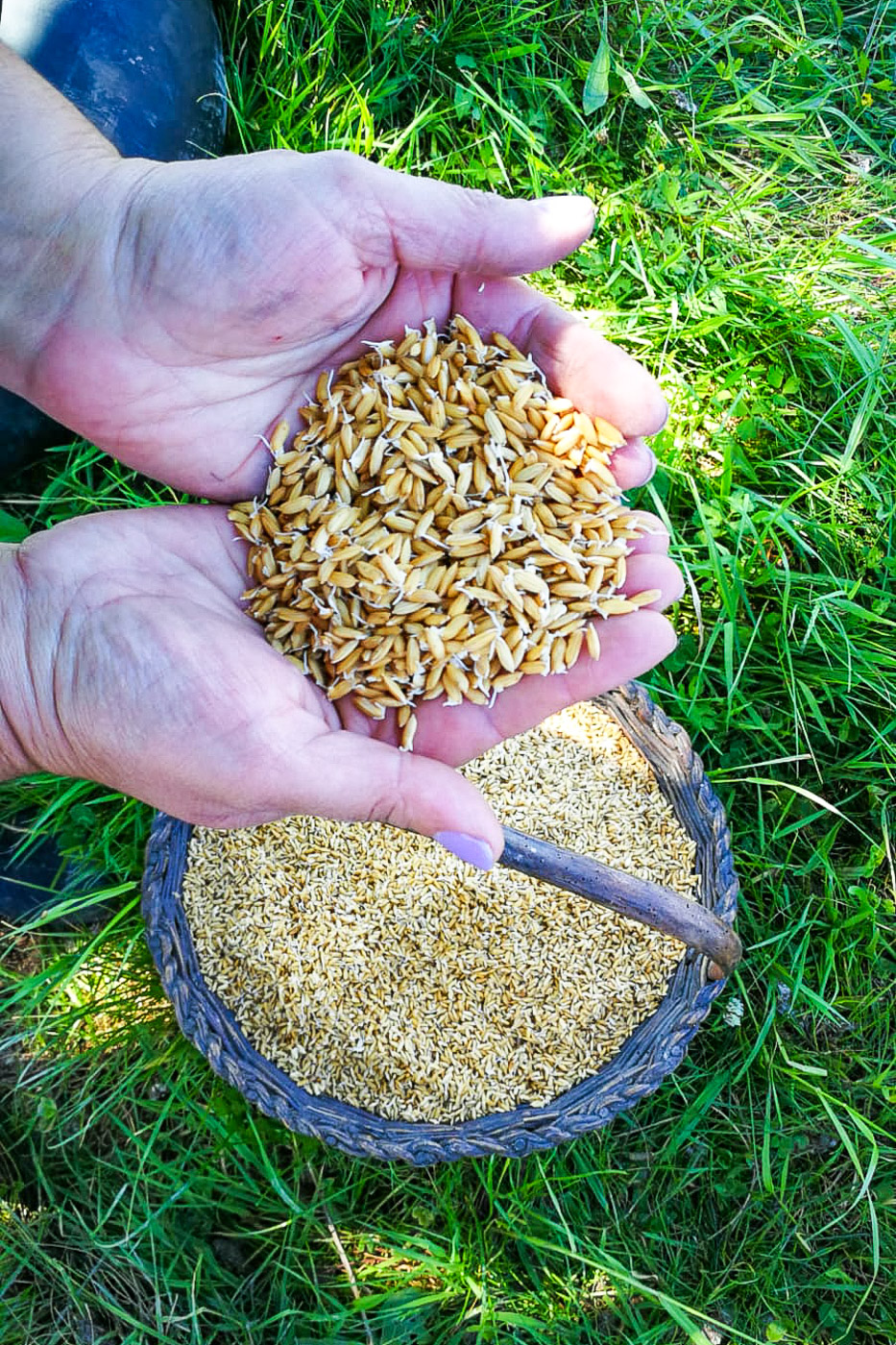 We drove to the fields around Salreu and Canelas (which is actually the region where Jorge’s family comes from) and discovered a new generation of farmers who is fighting to bring back to life this old tradition of rice cultivation. Among them is Jorge’s cousin, Carlos Valente and his wife Patrícia. They are very much involved in the local rice farming and produce their own rice – Arroz do Jardim – which they sell at local farmers’ markets. They taught us a lot about rice and about the Portuguese rice in particular. And we learned a lot just by observing them on the fields.

A quick look at the numbers of rice consumption in Portugal shows that Portuguese love rice! They eat around sixteen kilos of rice per capita, per year, while the European average is much lower, around five kilos per person. It is evident there is a long tradition of eating rice in the country. From what we could see in Aveiro, the production there is very tiny. So, where does the rice we eat come from?

Where to find rice fields in Portugal? 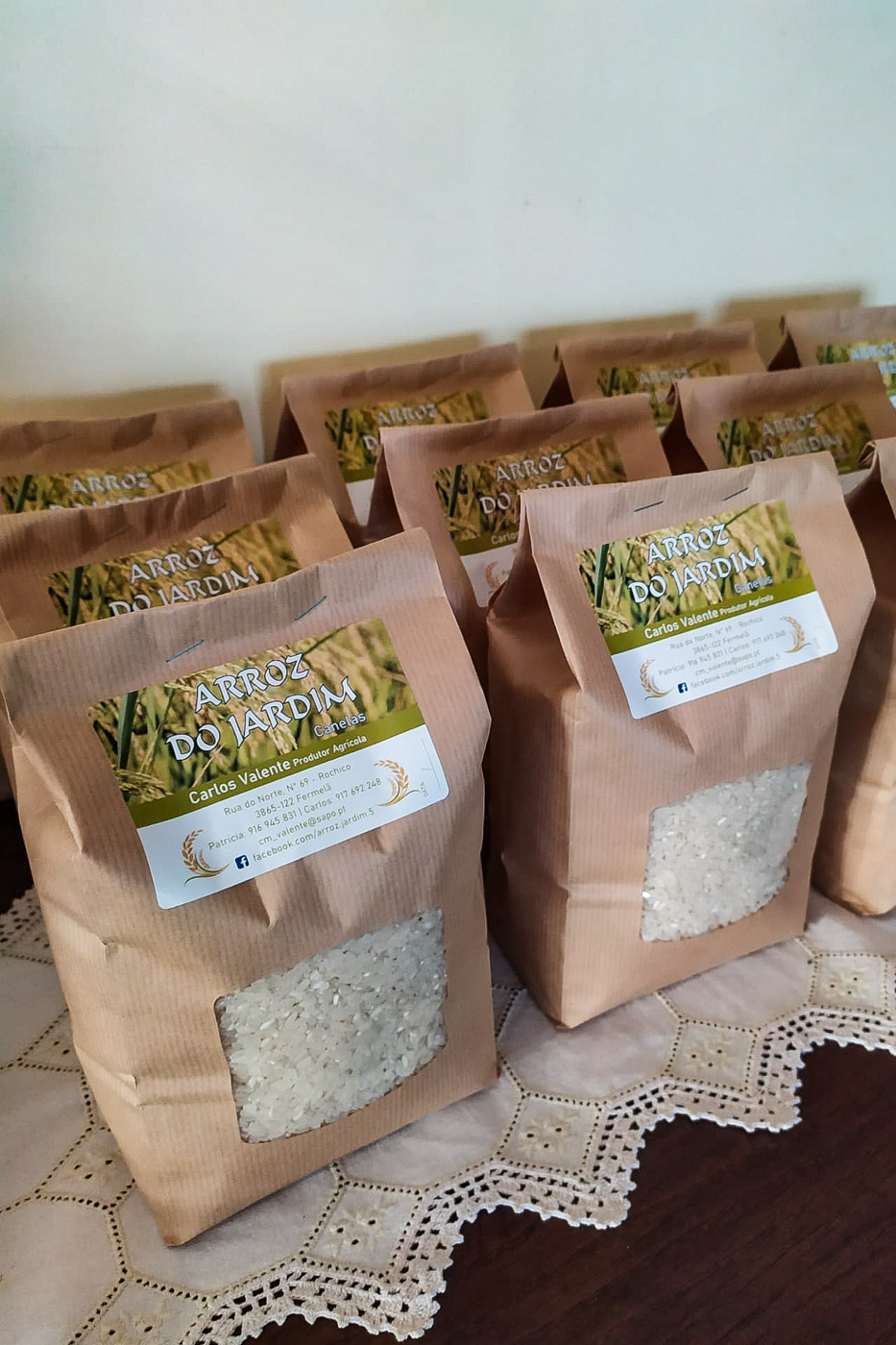 Because of their need for abundant water, rice fields expand in the basins of rivers. In Portugal, the most prominent rice fields are cultivated in the estuaries of the River Sado (Alcácer do Sal), River Mondego (Coimbra and Figueira da Foz) and River Tejo (Lisbon).

All these are rather southern places. It comes almost as a surprise that the rice fields of Aveiro are the northernmost production of rice, not only in Portugal, but also in all of Europe. And what is more, specialists say that this characteristic, of growing in such a northern latitude, is actually what makes this rice so special. The colder temperatures have an effect on the rice which, therefore, produces more starch.

Did you know the rice you eat is probably produced in Europe? 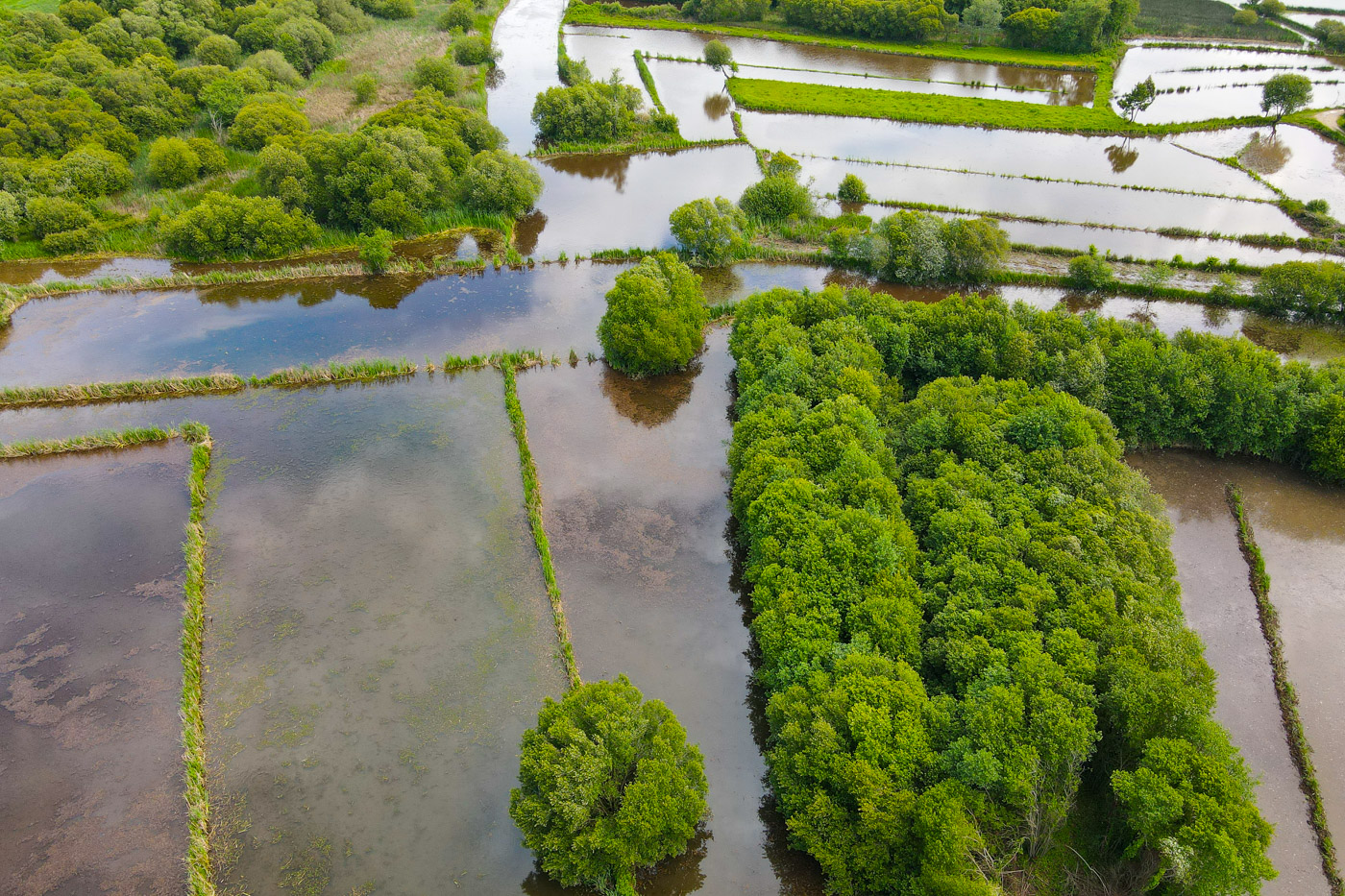 Even though Portugal is the largest European consumer of rice, it is only the fourth largest European producer, behind Italy, Spain and Greece. Portugal produces around 180 million kilos of rice per year and still needs to import more to give answer to an avid national market.

Species, categories and varieties of rice 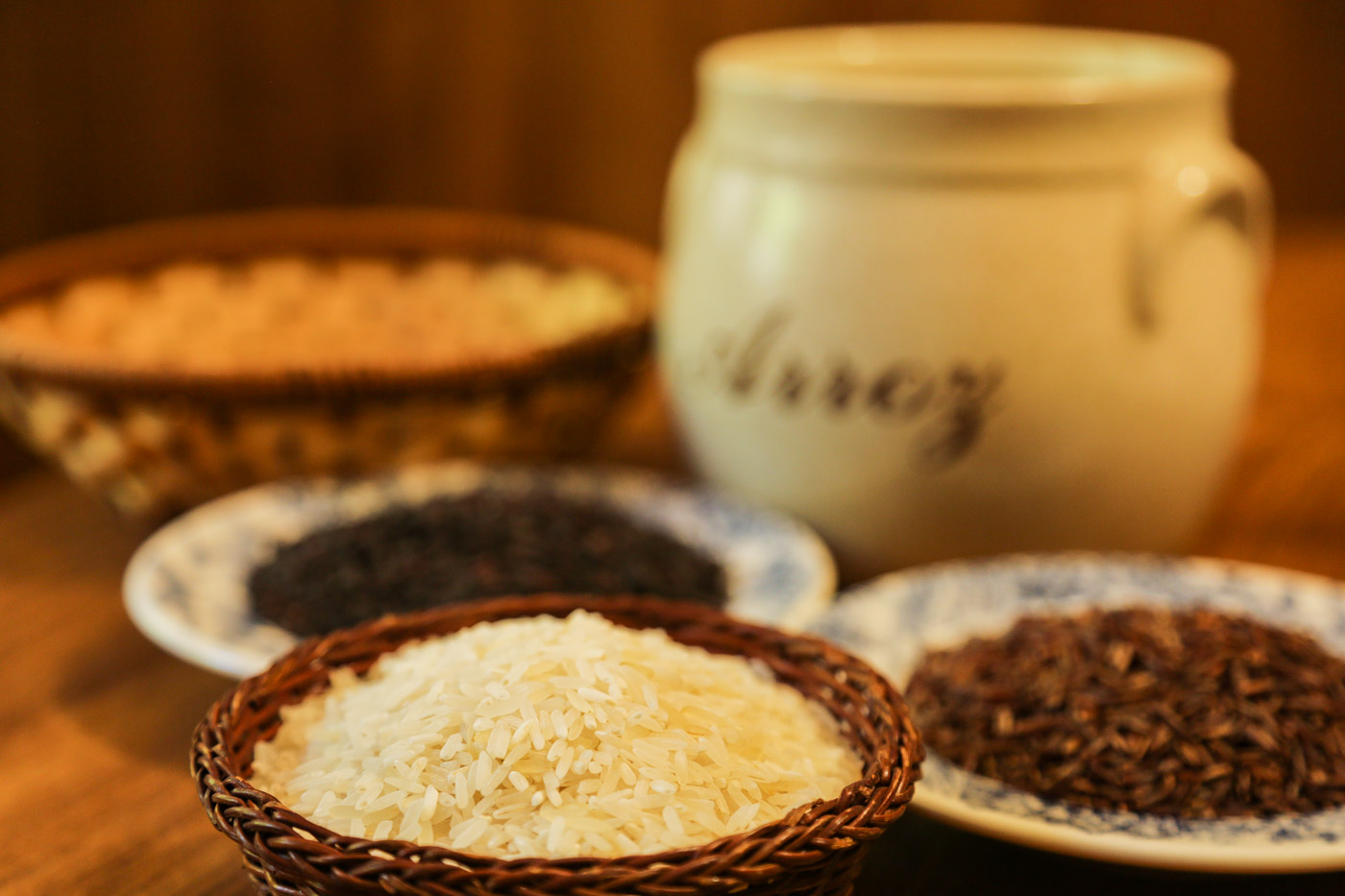 Rice is the seed of a species called Oryza (Oryza Sativa for the Asian rice and Oryza Glaberrima for the African rice). There are more than 40,000 varieties of the Oryza Sativa alone, which are classified into two major categories: 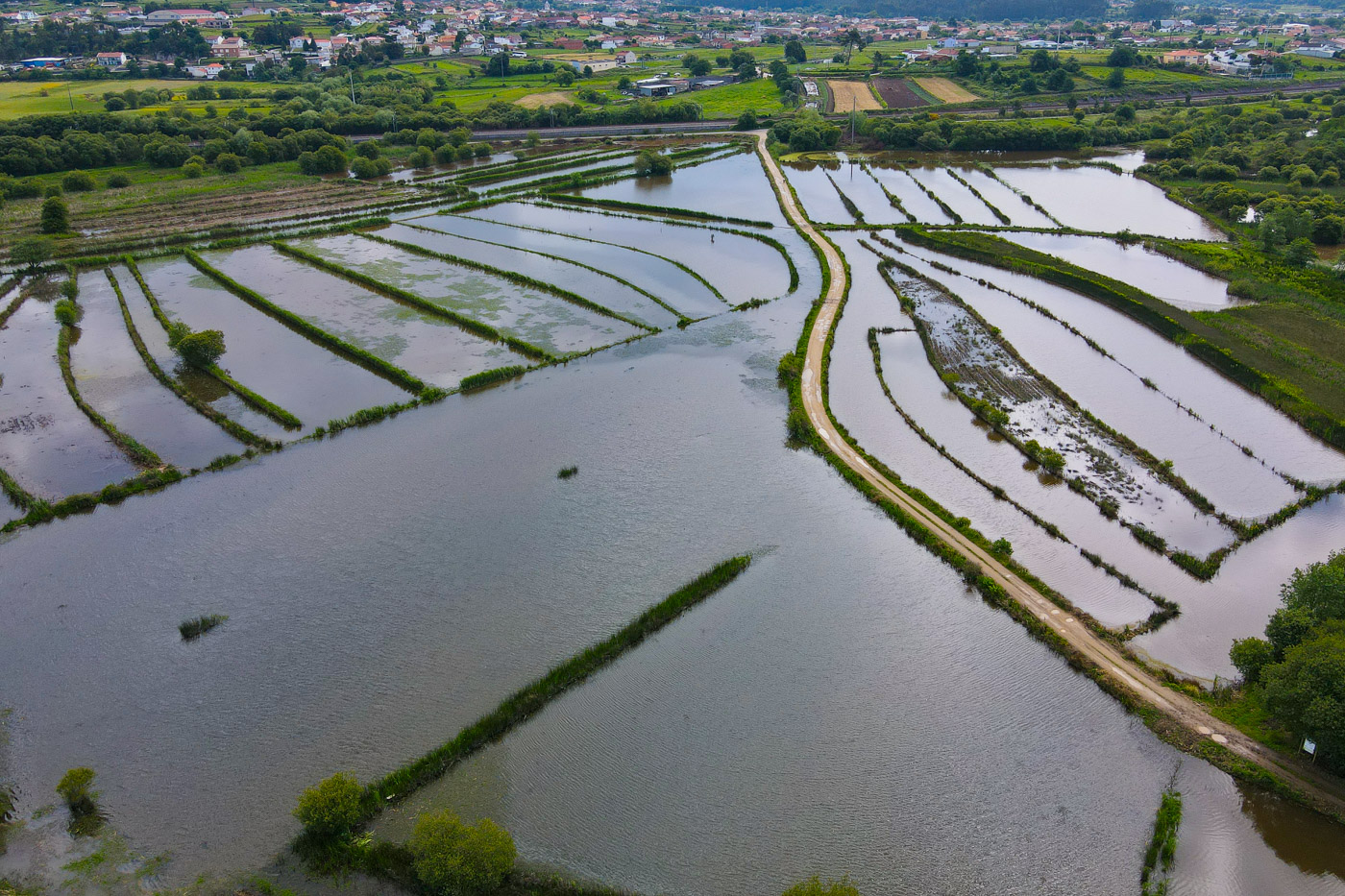 It is amongst the 40,000 varieties of Oriza Sativa that we find the two Portuguese varieties: Agulha and Carolino.

Agulha Rice – How To Recognise It, What To Cook With It

The Portuguese Agulha rice belongs to the Indica category and it is a long grain (usually longer than 6 mm). It is characterised by being thin and long and with a white, glassy colour. Due to its lack of starch, it is used for dishes where it is required the rice to remain dry and not juicy or sticky. A favourite in Portugal is the Duck Rice, a recipe in which the rice is cooked in the oven.

Only one third of the rice produced in Portugal is Agulha rice, i.e around 60 million kilos/year. The rest of the Portuguese production is Carolino. Portuguese like cooking with one or the other, though there seems to be a general assumption that Agulha is better than Carolino. In the rest of Europe, however, the idea is inverse, with Europeans having a preference for Carolino.

Carolino Rice – How To Recognise It, What To Cook With It

The Portuguese Carolino Rice belongs to the Japonica variety. It is characterised by being less longer but wider, giving the impression of having more volume. When cooked it gets a velvet consistency and swells, due to its starch. This rice absorbs the taste of the ingredients and spices with which it is cooked, therefore it is very much used in dishes such as tomato rice, beans rice, shrimps rice, etc.

Carolino is largely considered the most genuine Portuguese rice. There are currently about 25,000 hectares planted mostly with Carolino type rice, of which 70% is the Aríete variety.

A Short History of Rice in Portugal

Rice was introduced in Portugal in the Middle Ages by the Moors. At the time, it was still considered a luxury product reserved to the tables of the aristocracy. Later on, and due to a rampant spread of malaria in the rice fields, the production of rice was discouraged. It would be much later, in the 19th century that rice would make its come back and settle as a strong agricultural production in Portugal.
0
Facebook Twitter Pinterest
Google + LinkedIn Email