For us, fun facts are all these things that we see in a specific country and we don’t see elsewhere. Things that are typical of a country or region, and most of the times, we take notice of them in the first couple of days. Afterwards, we get used to seeing those things and forget about how typical they are. The next facts are about things that struck us for being different. Here are our fun facts about Cuba:

1. Balancing cakes on the palm of one’s hand 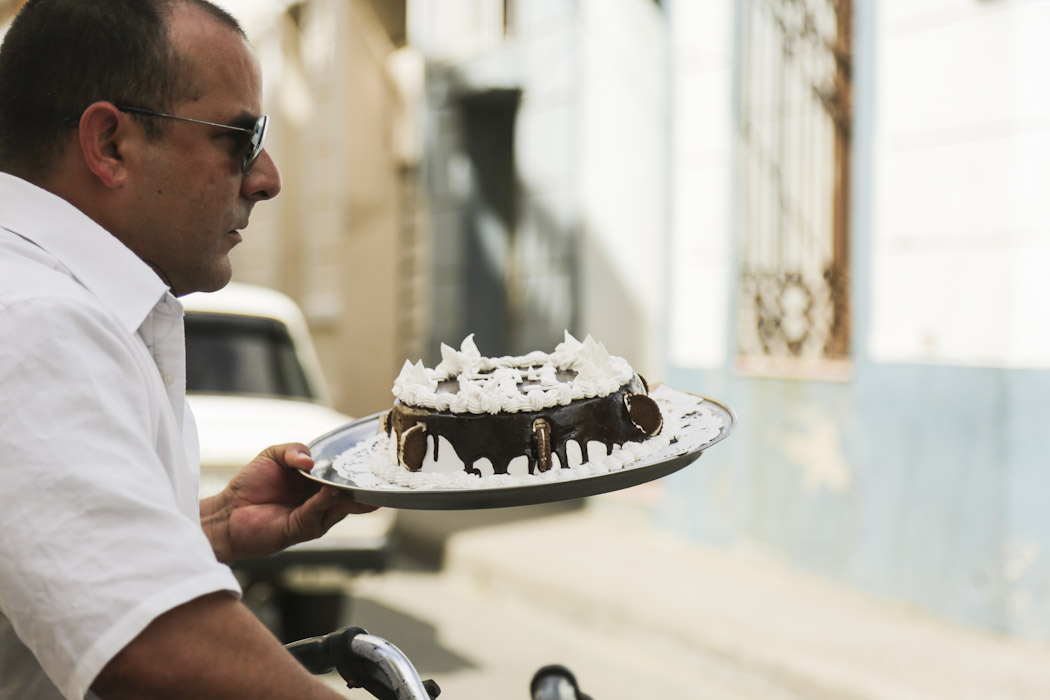 Not one day passed by without us seeing someone walking huge cakes coated with meringue. This was not some kind of religious ritual. It is just the way Cubans carry cakes:  they balance them on the palm of the hand, without using any cake box. This was new for us!

2. El ultimo and the art of queueing 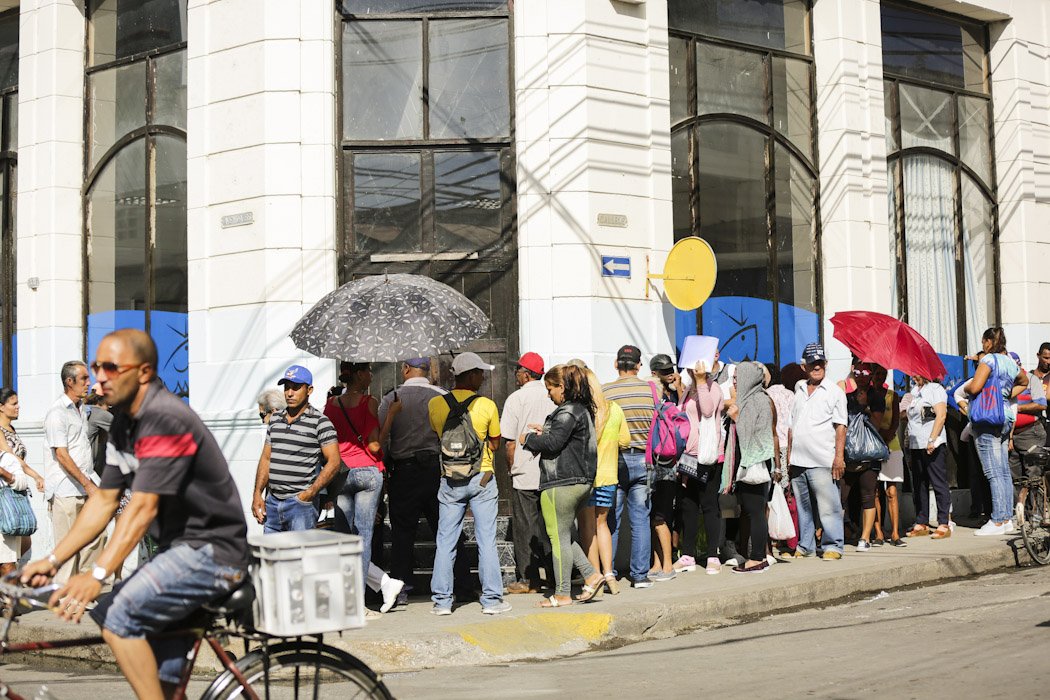 Nowhere else have we seen so many queues as in Cuba. Unfortunately, many of these queues are in supermarkets or bodegas, and people stay there for hours in order to be able to buy the most basic goods, such as bread or eggs. Once you arrive at the queue, you should ask for ‘El ultimo?’ (The last one), to know exactly what is your place on the queue. 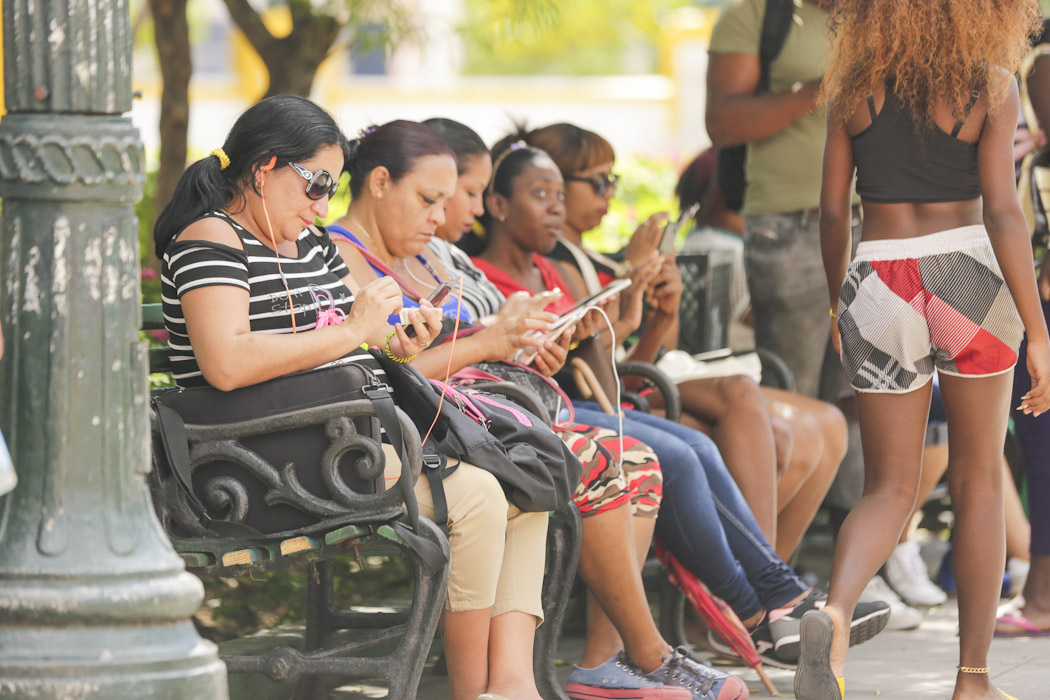 As there is no internet connection at home, people come together with their smartphones or laptops in the only place where there are internet antennas: i.e. on the main squares of every single village or city. It is good to see the squares filled with people. It is a pity that everyone is minding their own business with their noses on their phones. 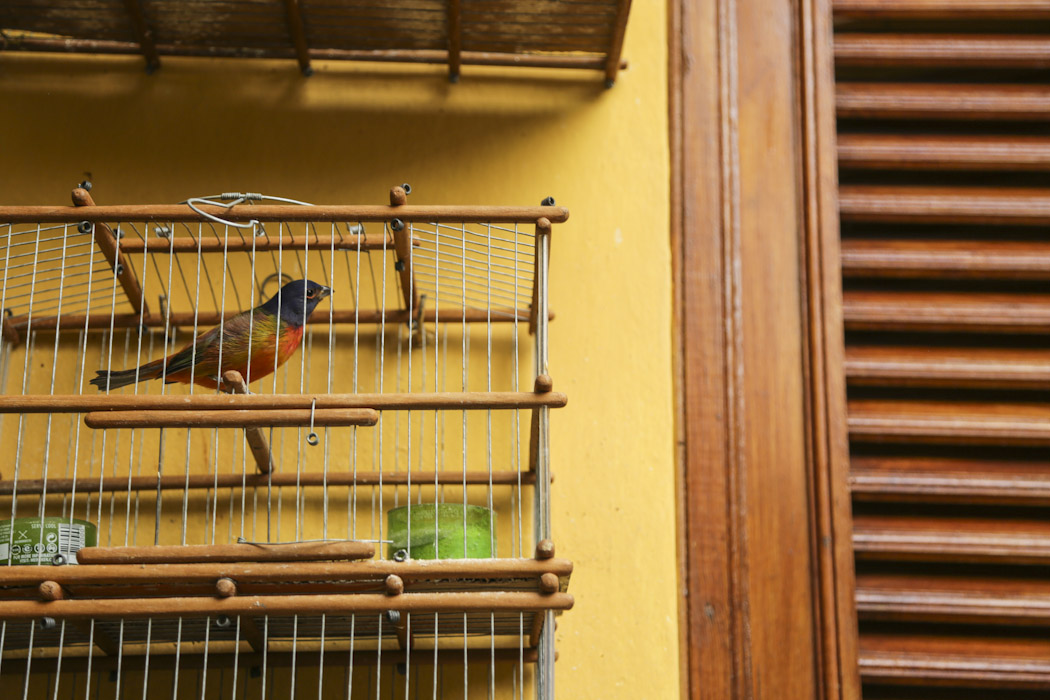 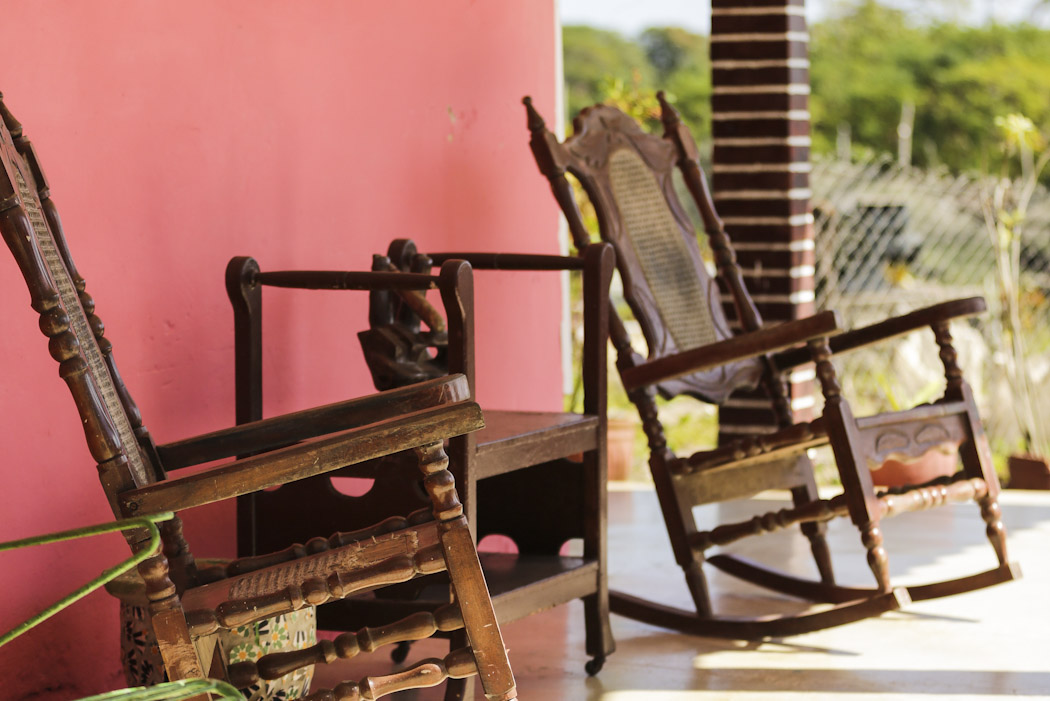 More popular than couches, we think. Every single living room or porch has got a handful of rocking chairs, so that the family or guests can sit and enjoy the views in the streets. Living rooms usually open up to the street (long windows and doors) and it is usual to see people inside their living rooms watching life outside in the streets. 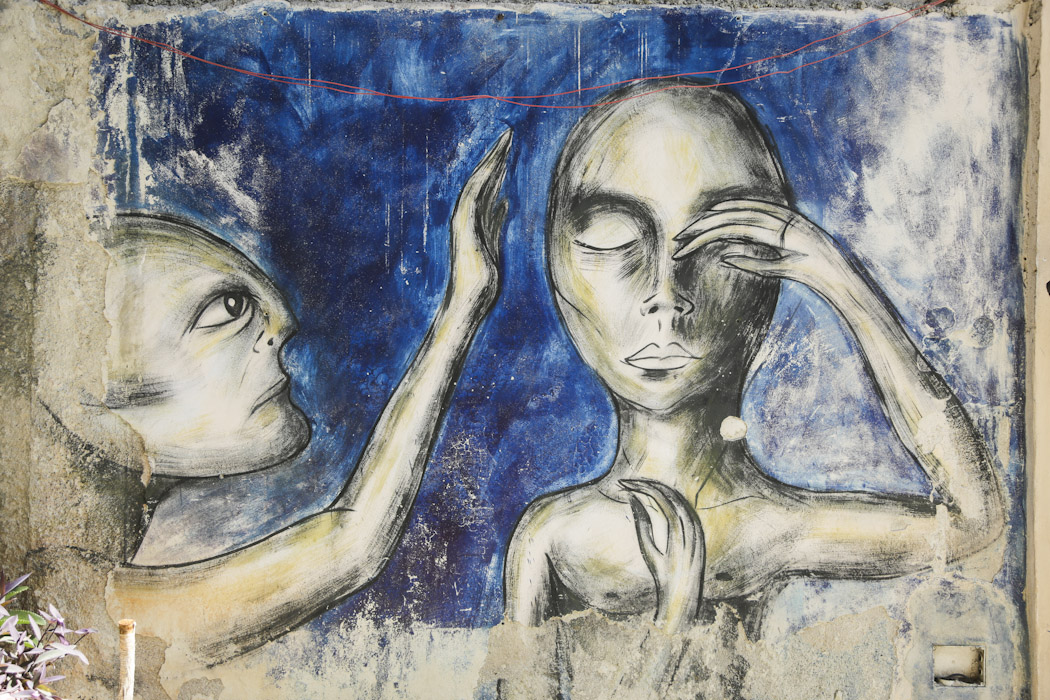 There are relatively few graffiti-painted walls in Havana. One of our favourites was this one by Yulier Rodriguez. Rodriguez’s main subject is, as seen above, these creatures that could be humans or aliens, with very big heads and eyes. For us, they transmit sadness and a state of silence.

7. Santero: all dressed in white 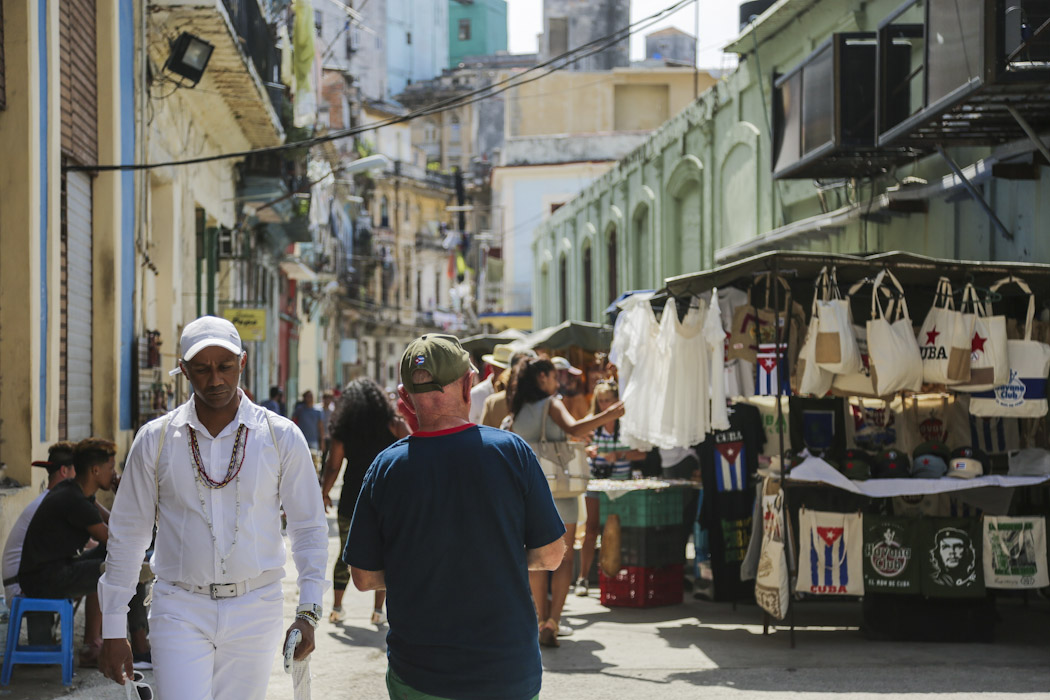 The people that you see dressed totally in white are santeros. They can be men or women and they are novices in Santeria, a Cuban religion that syncretises Catholicism with other Afro-religions. They dress in white as a symbol of the purification they go through while converting to this religion. Don’t confuse them with nurses, who are also often seen walking on the streets with their uniforms. 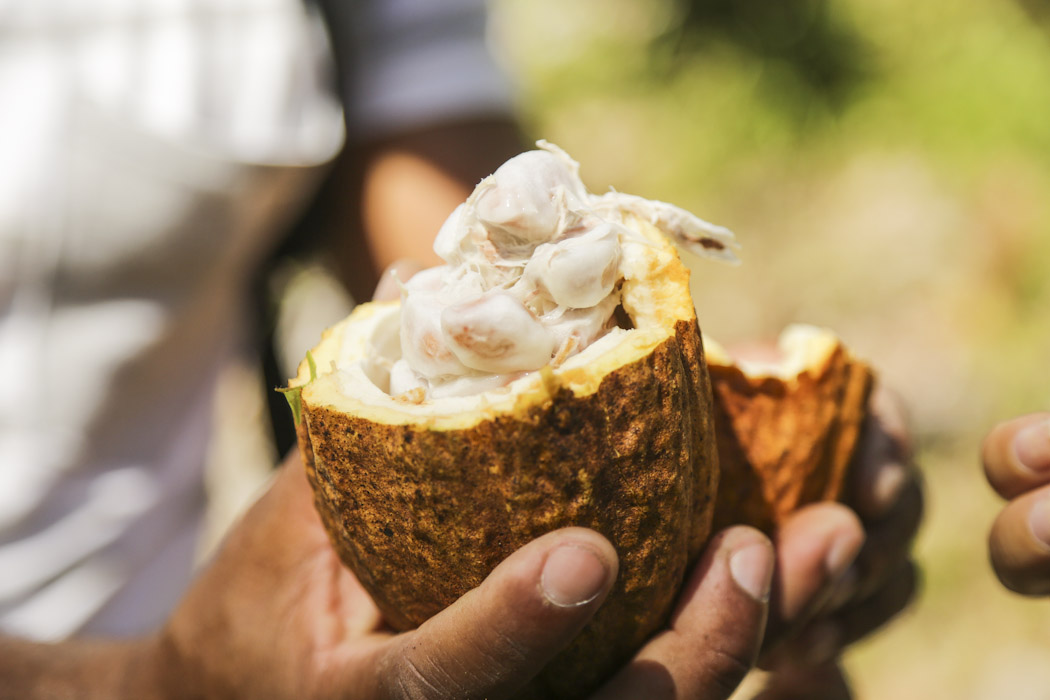 There are many plantations of cocoa in Cuba, especially on the Eastern side of the country. If you go for a hike, your guide will probably grab one fresh cocoa fruit to share with everyone. Funny is that it is delicious, although it doesn’t give any hint to it being the plant with which one makes chocolate.

9. The Zunzun, the smallest bird in the world 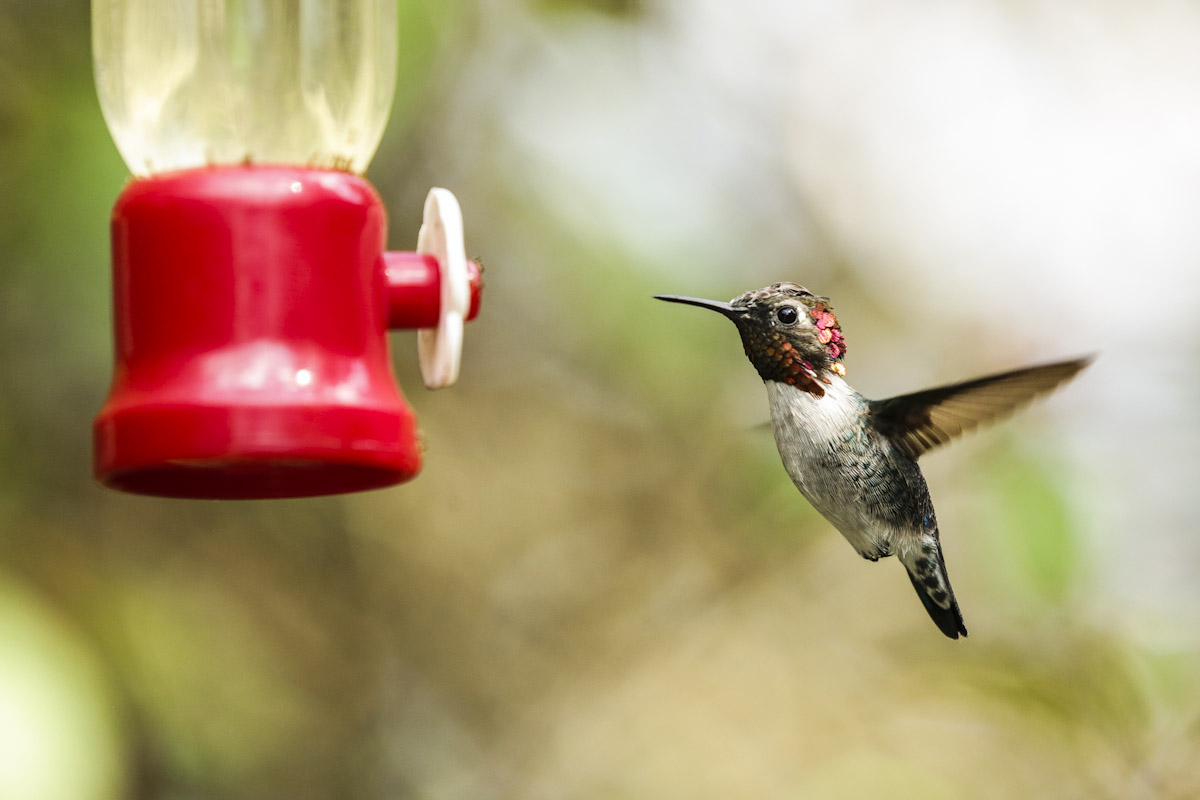 The world’s smallest bird – the Bee Hummingbird – grows to be five centimetres in length and can be found in Cuba. Blink and you miss them. The folks at Casa de Zunzun feed them, so the zunzuns (as the Hummingbird is called in Cuba) stay around. This family also protects the birds, during the hurricane season, allowing them into their home, so that the fragile birds are not swept away by the storms. 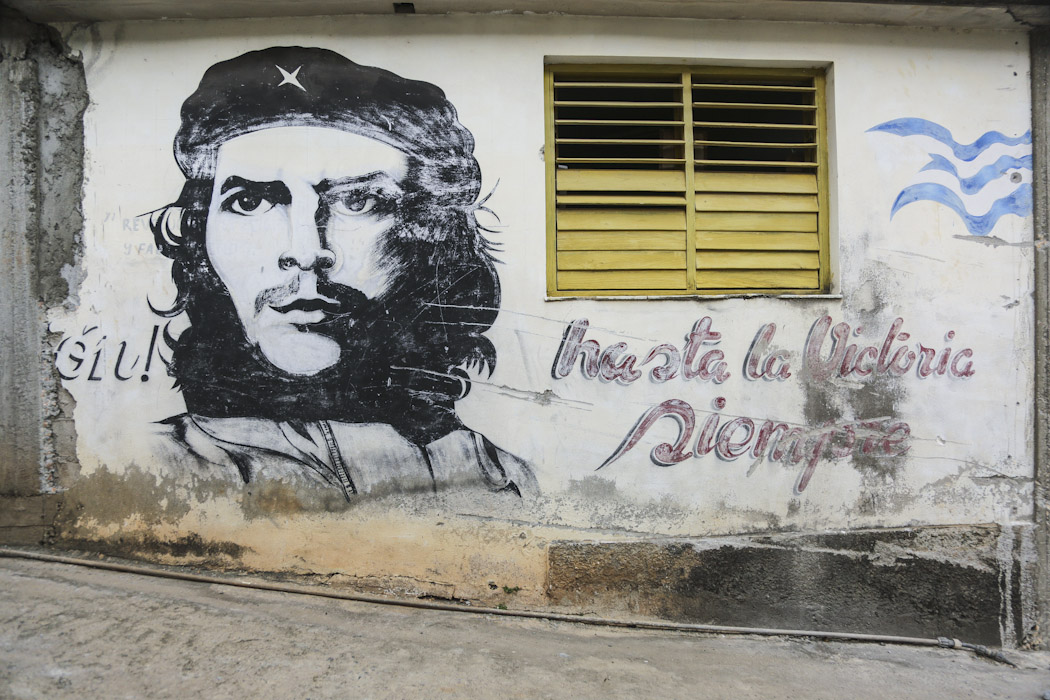 A hero during the revolution, Minister of Economy during Fidel’s first years in power, Che’s face is everywhere. There is also a memorial and a museum dedicated to this world-known guerrilla fighter in Santa Clara. 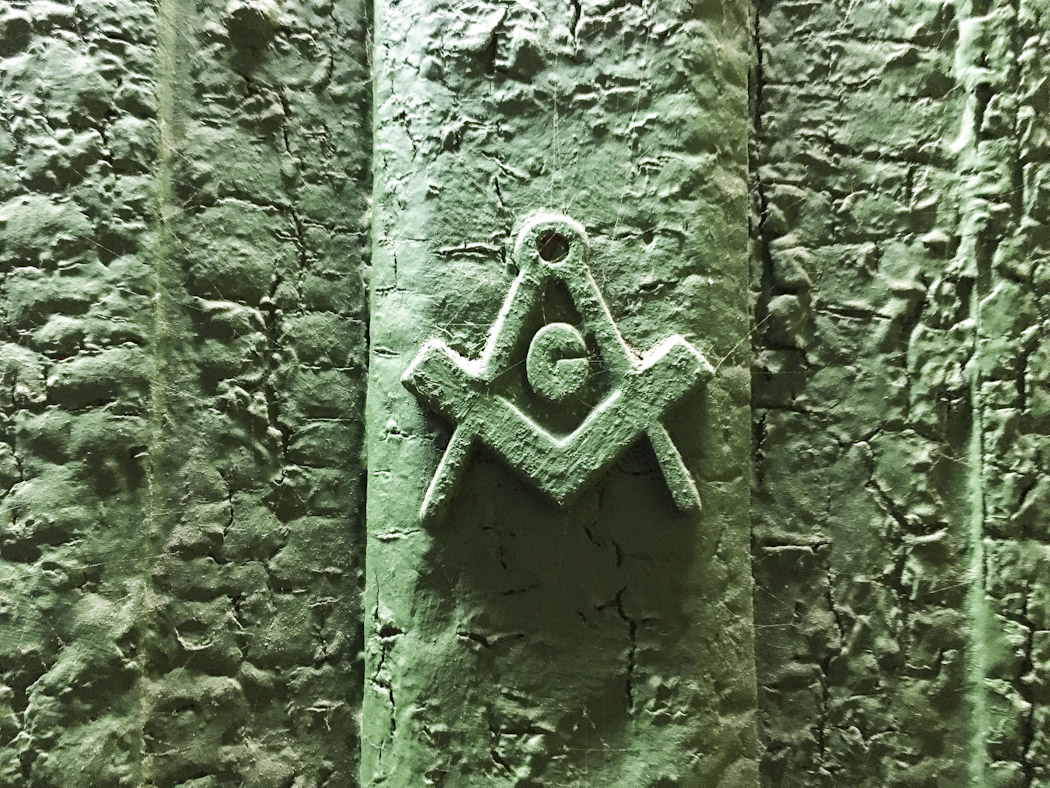 Freemasonry in Cuba leads us to Fidel. In no other country have we seen so many compasses or eyes signalling freemason lodges. History has shown us that communist states (including the Soviet Union) have a tendency to outlaw Freemasonry. In Cuba however, there are more than 300 Masonic lodges. The reason for this, many believe, is that Fidel Castro himself was also a Freemason. 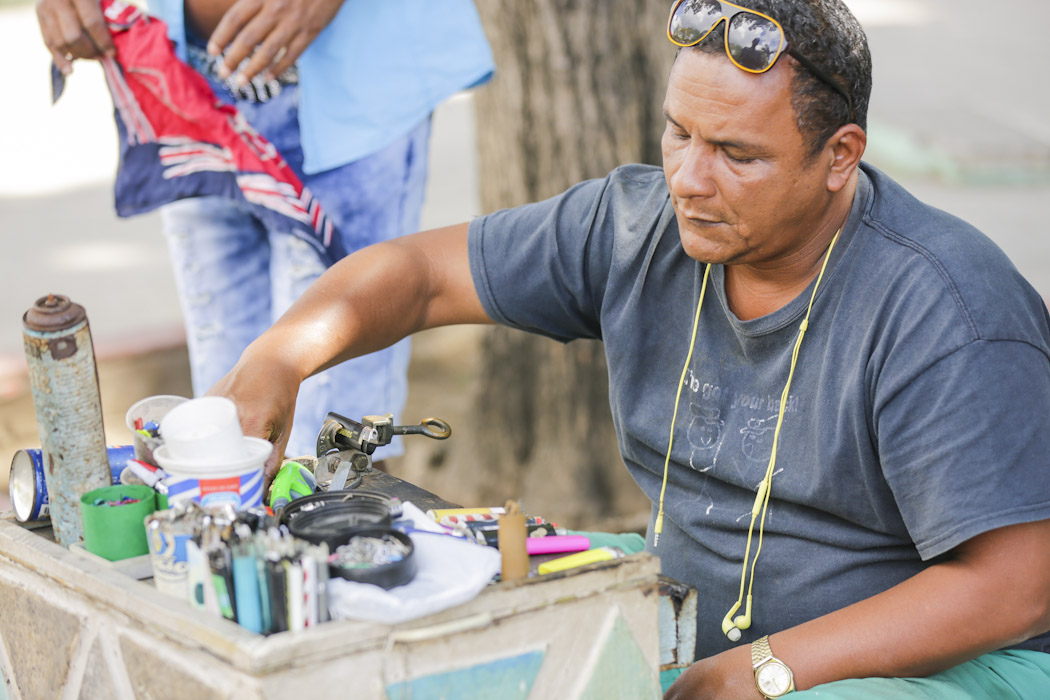 Millo is a fosforero, i.e., he fills up and repairs lighters. He is one of four fosforeros in Santiago de Cuba. He has been doing it for more than twenty years and has a fixed spot in Santiago’s main Avenida. This rt shows how ingenious Cubans have to be in order to endure the many shortages in the country. 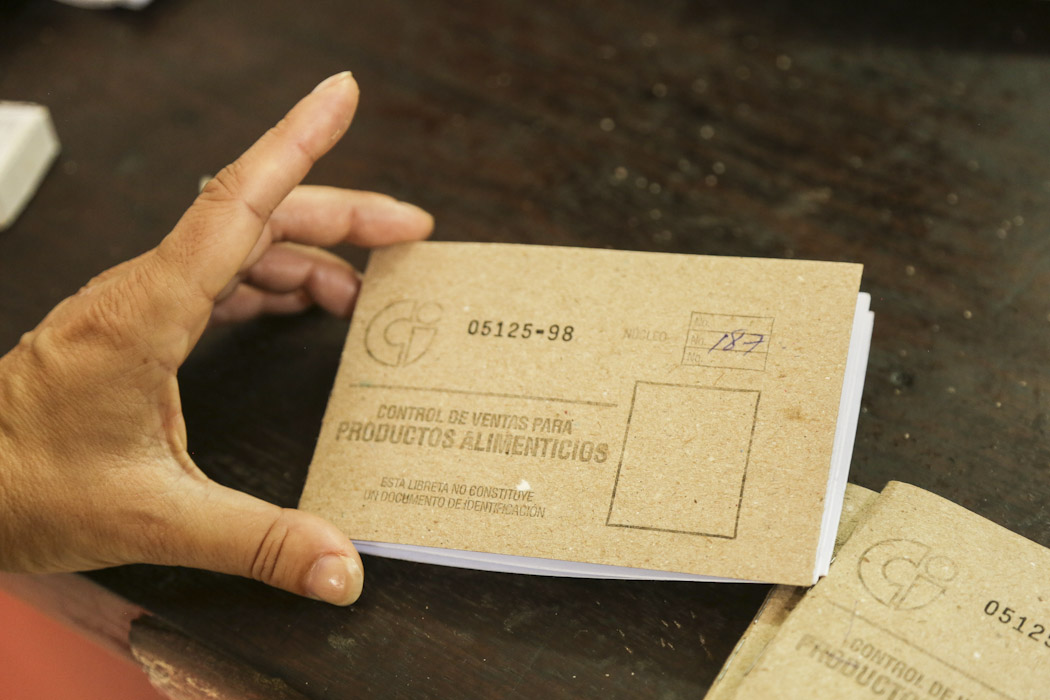 This is the ration book that every Cuban uses to get his allowed ration of products (sugar, flour, eggs, etc). It is still a reality and it brings with it – according to several Cubans – some disruption. When a product arrives at a bodega, Cubans will run to get it while the stock lasts, hence creating the inevitable queues. Also, everyone seems to agree that the ration booklets do not give enough food for families to live from it.