When we were on the ferry that was going to take us from Dakar to the Gorée Island, we knew we were about to have a tough experience. We did not know then that visiting the Gorée island would have as much of heartbreaking as it had of beautiful. 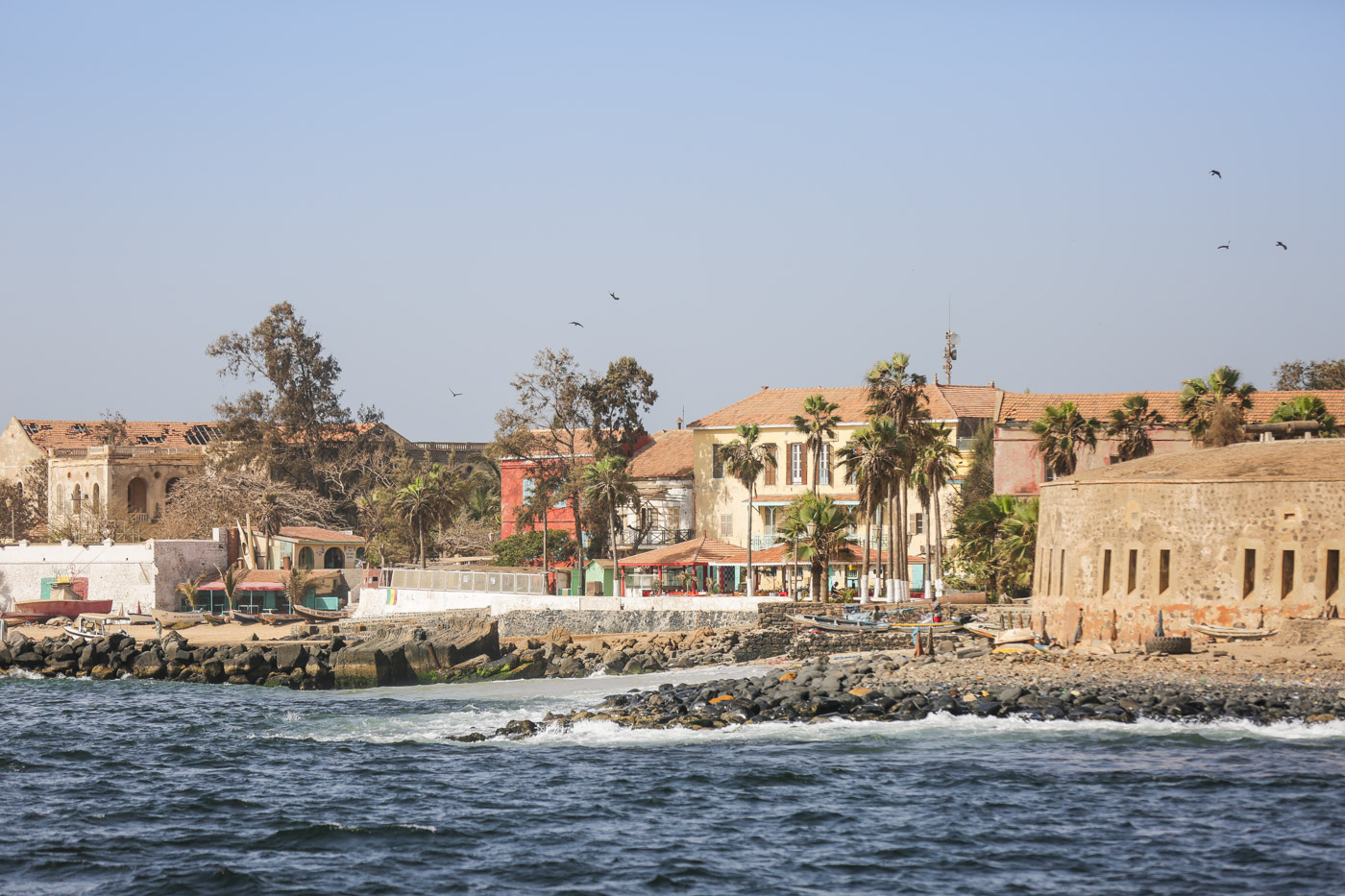 The island of Gorée is located two kilometres off the coast of Dakar, in Senegal. The easiest way to get there is by getting tickets for the local ferry that departs from Dakar port, opposite the railway station. Both locals and tourists take the busy ferry, so the experience in itself is very authentic and agreeable. Ferries to Gorée only carry passengers, there are no cars in Gorée, which contributes to the no-stress feeling of the island. The day we visited Gorée, the ferry was packed with students who were off for a day trip, their teachers carrying big pots with their picnic. 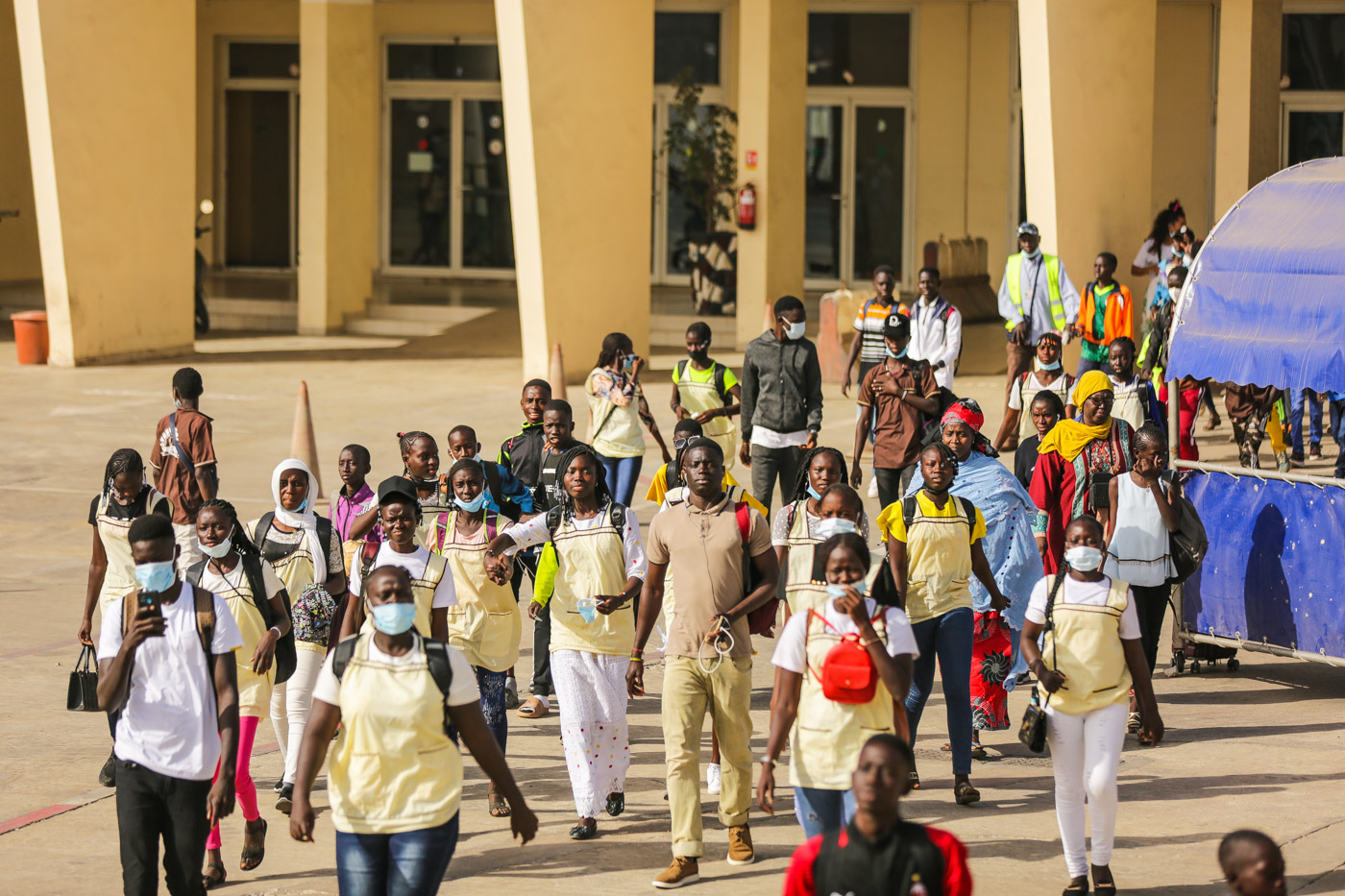 Today, this UNESCO World Heritage island is one of the most important tourist attractions in Senegal. People come here to pay homage to the sad past of the island and to learn about this infamous part of history. Between the 15th and 19th centuries, Gorée was the largest slave-trading centre on the African coast. African men, women and children from the African hinterland were captured and brought to Gorée island, where they were stocked, as merchandise, for the necessary time until they would be sent by boat to the Americas where they were sold as slaves. 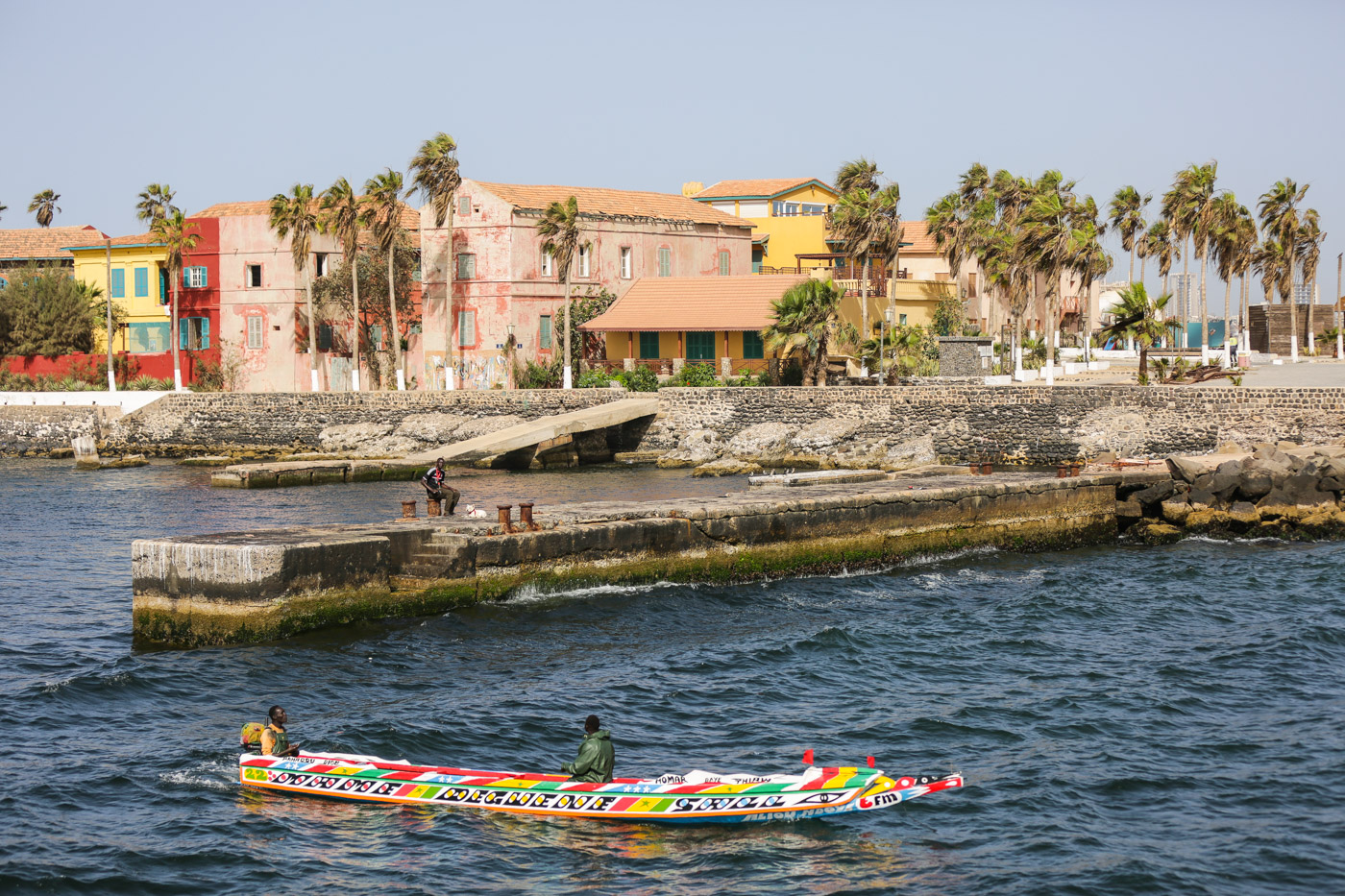 It is believed that more than 20 million people were trafficked from Gorée by the European colonialists (first the Portuguese in 1444, and later the Dutch, the English and the last ones, the French). Estimations figure that more than on quarter of the African slaves who left Gorée never reached the final destination, succumbing on the Transatlantic crossing. 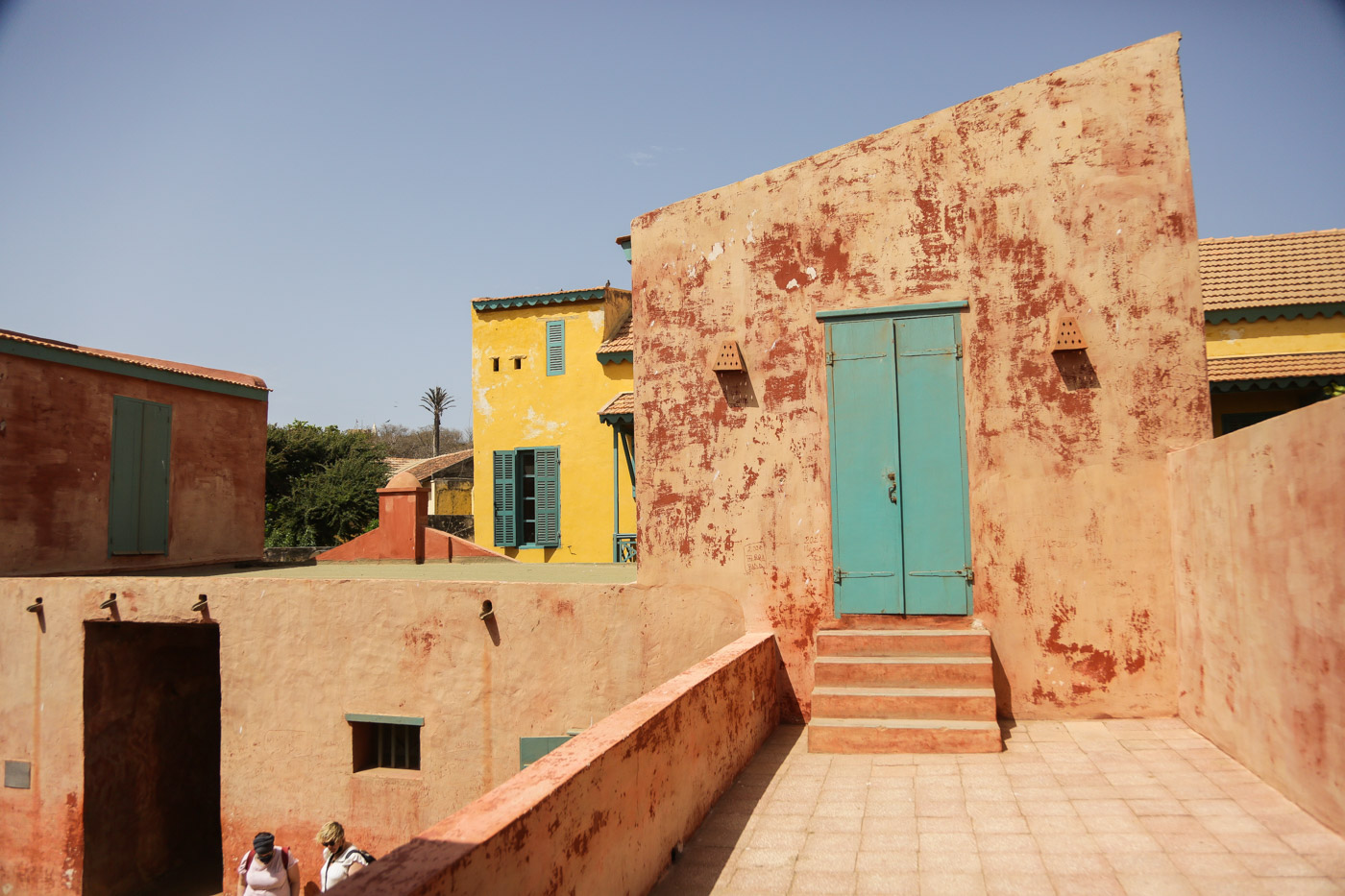 The beautiful colonial architecture of the island together with the peaceful atmosphere that reigns in the narrow cobbled alleys contrast with the tragic past of the island. Most of the houses that border the coast once belonged to slave traders. They are typically two storey houses, with a back door to the sea, allowing slaves to arrive and leave directly from the sea. Slaves lived in cells without the minimum dignifying conditions, on the ground floor of the house, while slave traders lived comfortably on the first floor.

The Slave House (La Maison des Esclaves) is the last remaining slave house, built in 1772 by Dutch colonisers. It became a museum in the 1960s, with a lot of information about the slave trade and the cruelty that it involved. There, it is possible to see the humid and tiny cells where large groups of Africans were kept captive before boarding the ships that took them out of their homeland for a condemned life of slavery and hard work.

Once in the museum, it is impossible to remain indifferent to the ‘door of no return’ – the sad door, from which African men, women and children left Africa for good. African families were very often separated and sent to different destinations, such as Brasil or Cuba, and would never see each other again, nor would they ever return to their home countries. 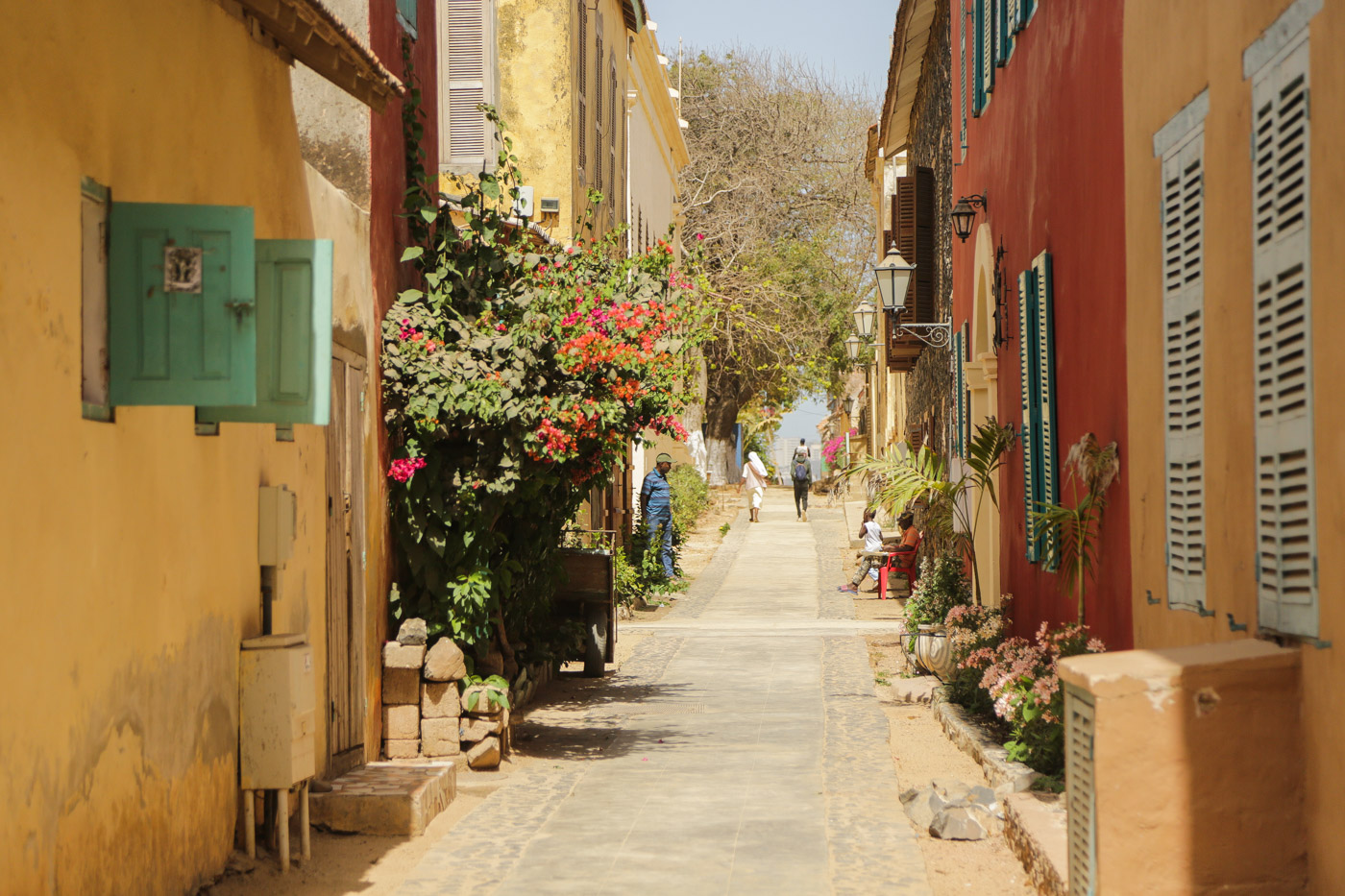 After visiting the House of Slaves, we strolled through the streets, heading towards the northern side of the island, which is on a high plateau. The way up the hill is lined with commerce stalls, where Goréen inhabitants sell all kinds of handicraft that can be of interest as souvenirs to tourists. Tourism is, after all, the main activity on the island these days. Of all the products on display, we were quite impressed by the paintings, which really were well done, and we wished we had place in the luggage to bring them. 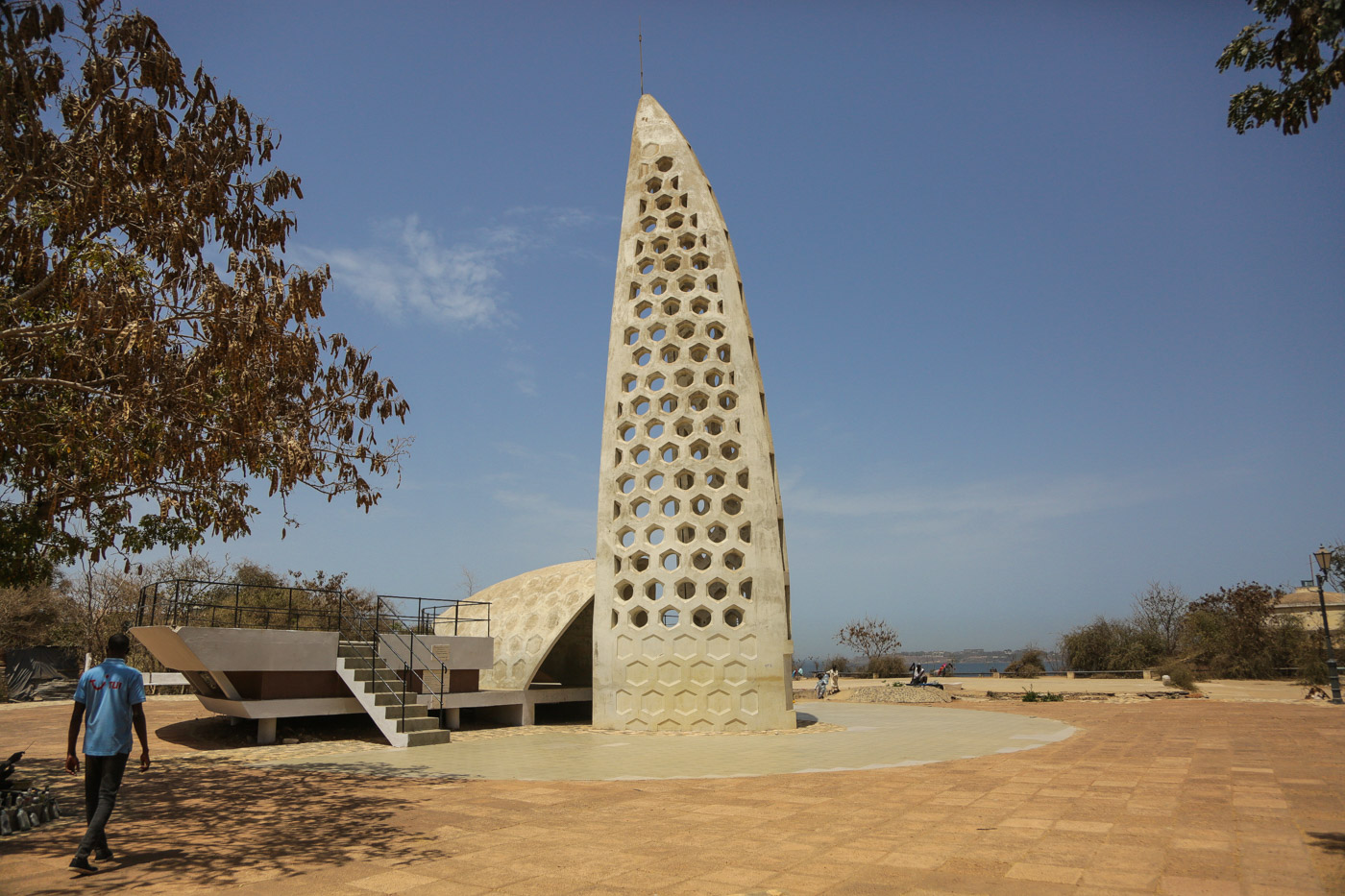 On top of the plateau, there is a cannon and some bunkers constructed during World War II. Some artists have occupied the bunkers, squatting inside them, even if they have no water or electricity. Nearby, you will also pass by a prototype of a monument that the Senegalese government hopes to build one day. 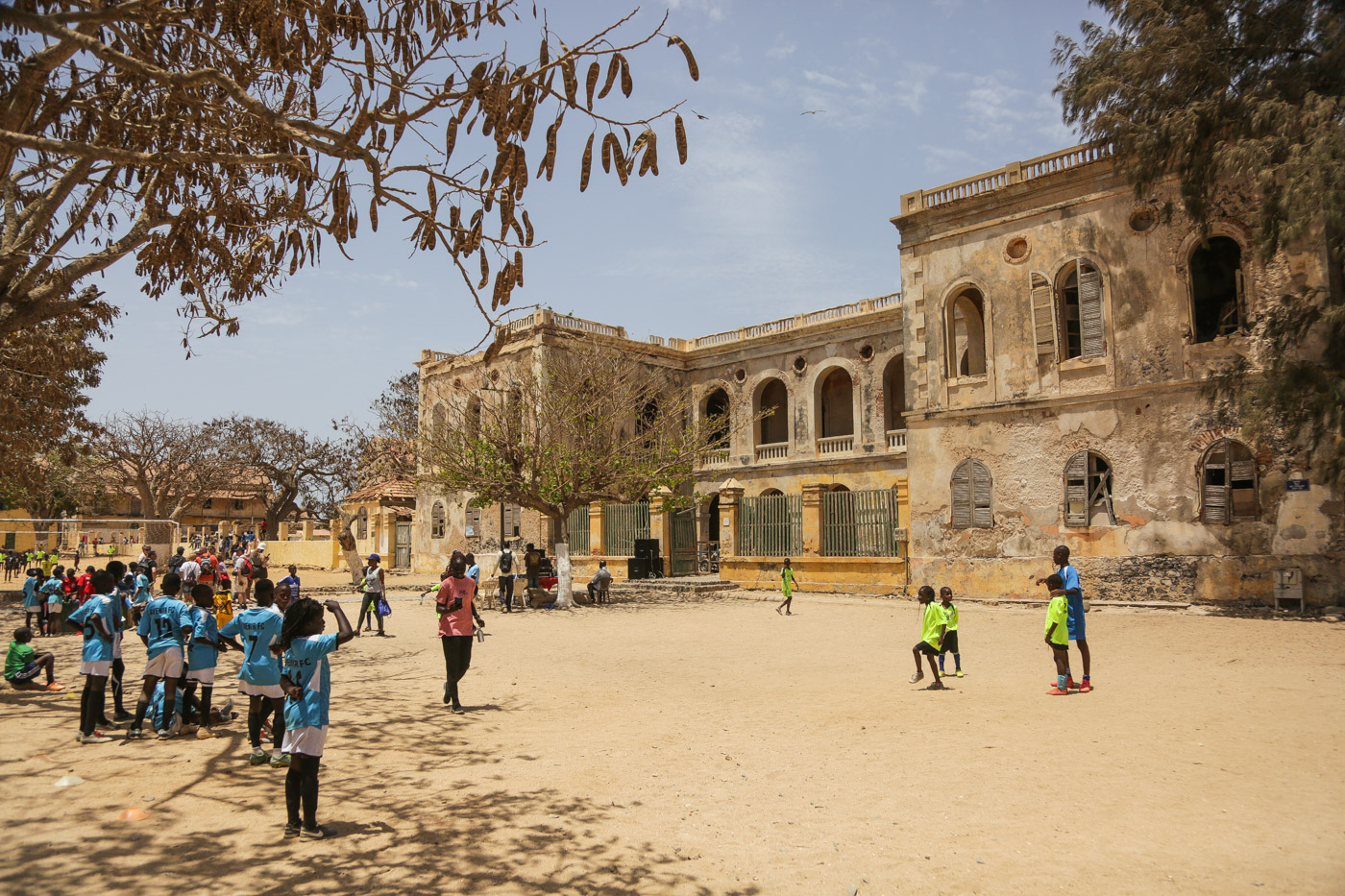 After touring the northern side of the island, we descended back to the centre of the island, always enjoying the incredible views over the sea and Dakar. In the centre, we came across a large square, just opposite the former Governor’s Palace, where kids were playing football and old ladies were selling fruits. Besides mango, we also bought a fruit that we had never tasted before. It was called the saba senegalensis and we tried it for the first time. It was both sweet and acidic, a bit like tamarind or mango. 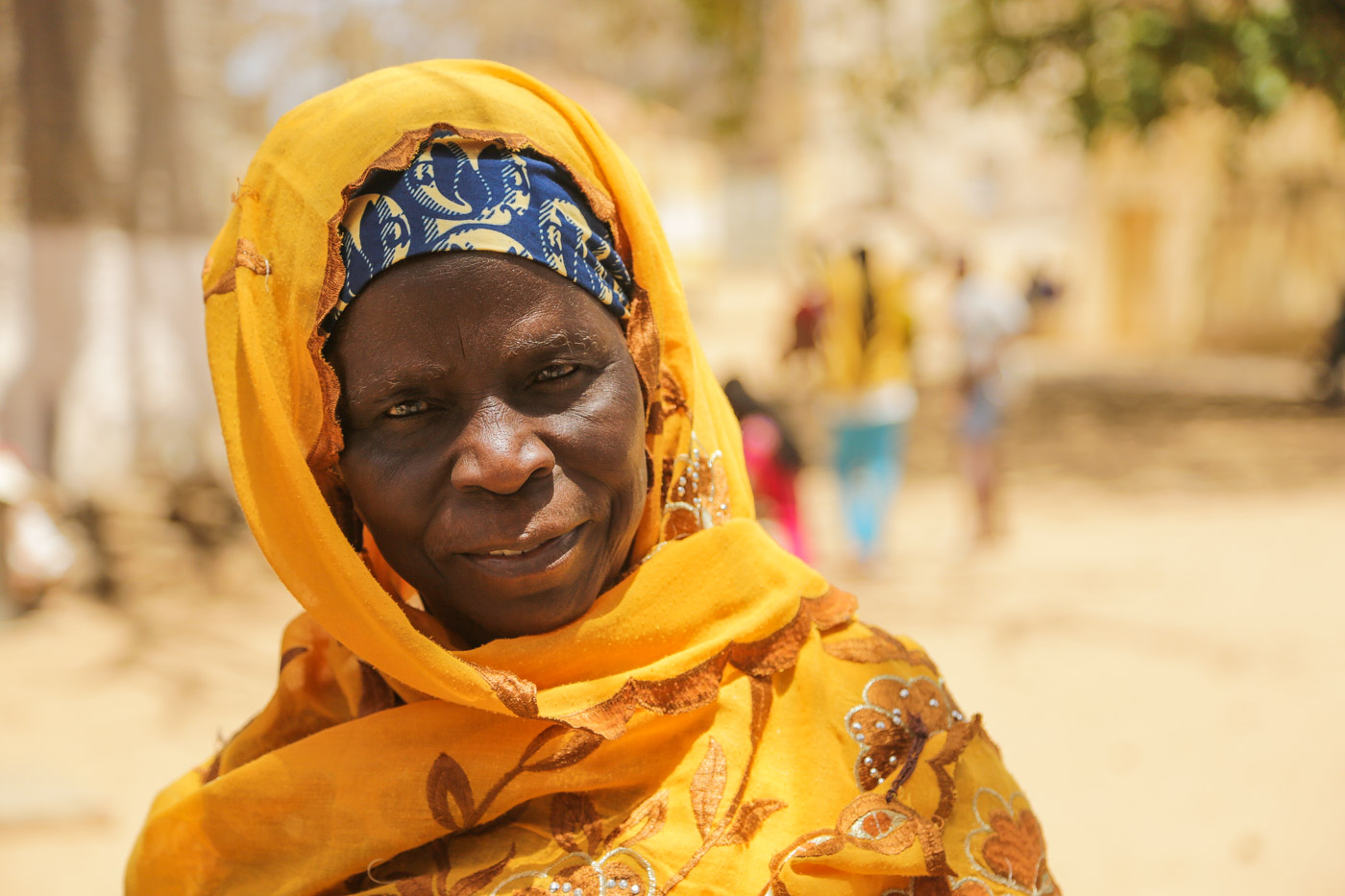 We were back at the port and pier where we had arrived, and after so much visiting and walking, we were getting hungry. So we stopped by the Hostellerie du Chauvier de Boufflers and decided to have lunch there. Lunch should obviously be sea food, as this is what the island produces more. During our visit we had seen several fishermen on their colourful boats. After sitting outside, with a view over the pier and the sand beach, we settled for some shrimps with garlic as a starter and fish skewers as the main dish. This delicious meal was matched with a Senegalese Gazelle, a local beer. 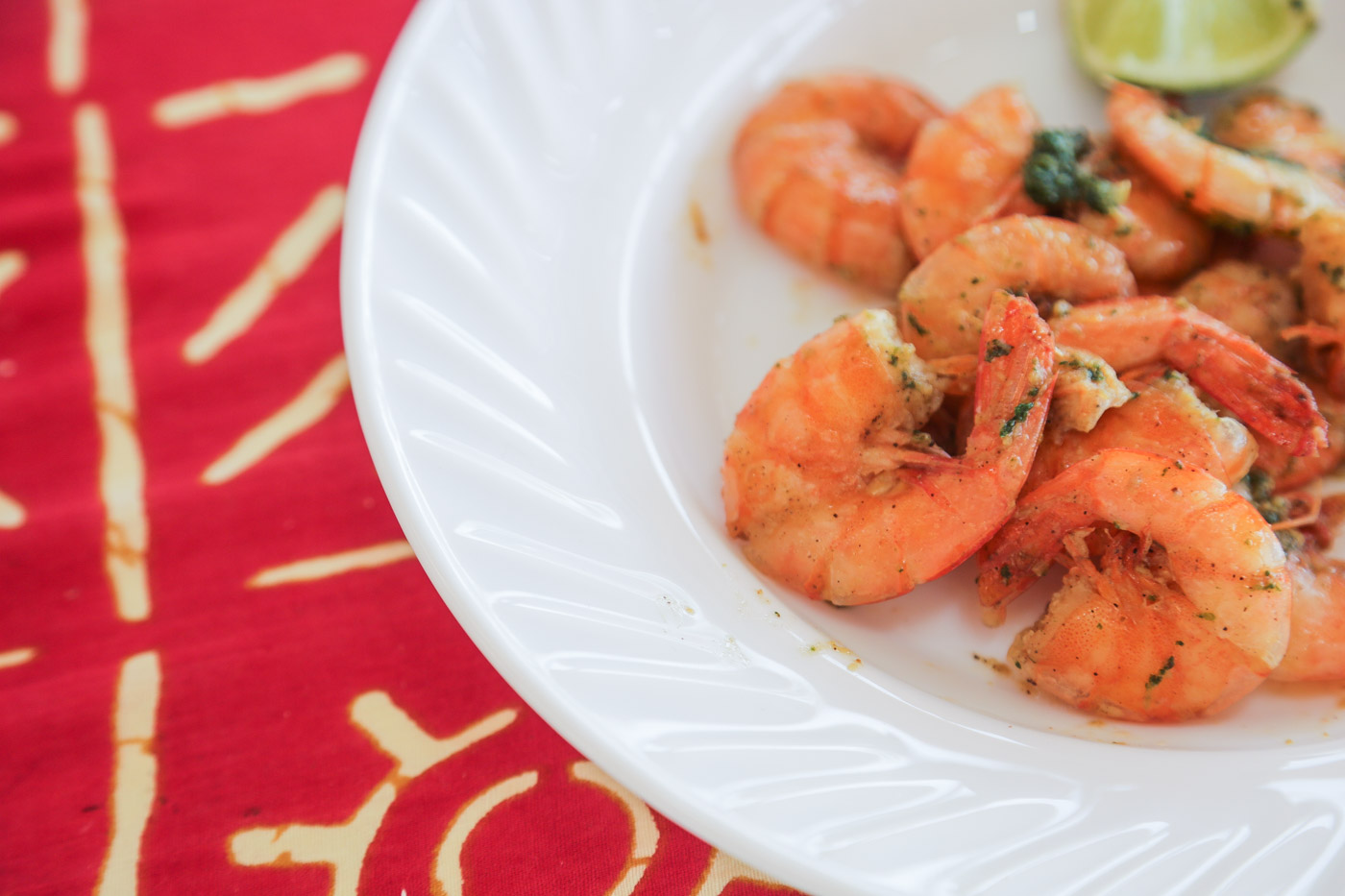 The afternoon was reserved to visit the citadel located on the northern side of the island. On its way, a lively square, with the prominent statue of a couple breaking free from their chains, represents the freedom from slavery. May history be remembered so that such a black past in the history of Humanity is never repeated. 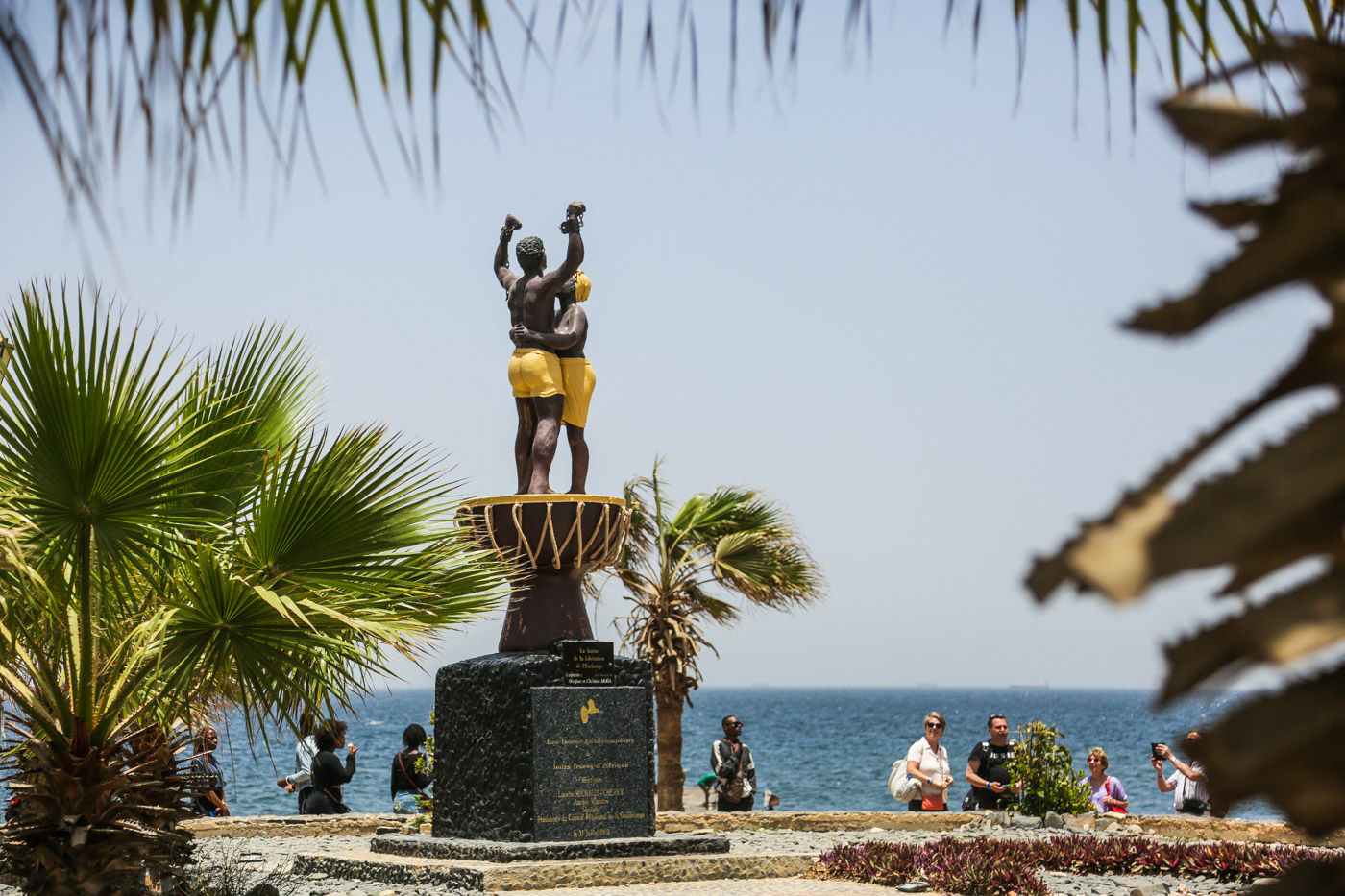 From there, we are a step away from the Fort d’Estrées, built in the 1850s to defend the harbour. Nowadays it houses the IFAN Historical Museum, with an exhibition showing the history of the island since the Paleolithic times until Senegal’s independence from France in 1960. From above the fort, no one should miss the incredible views over the sea and Dakar. 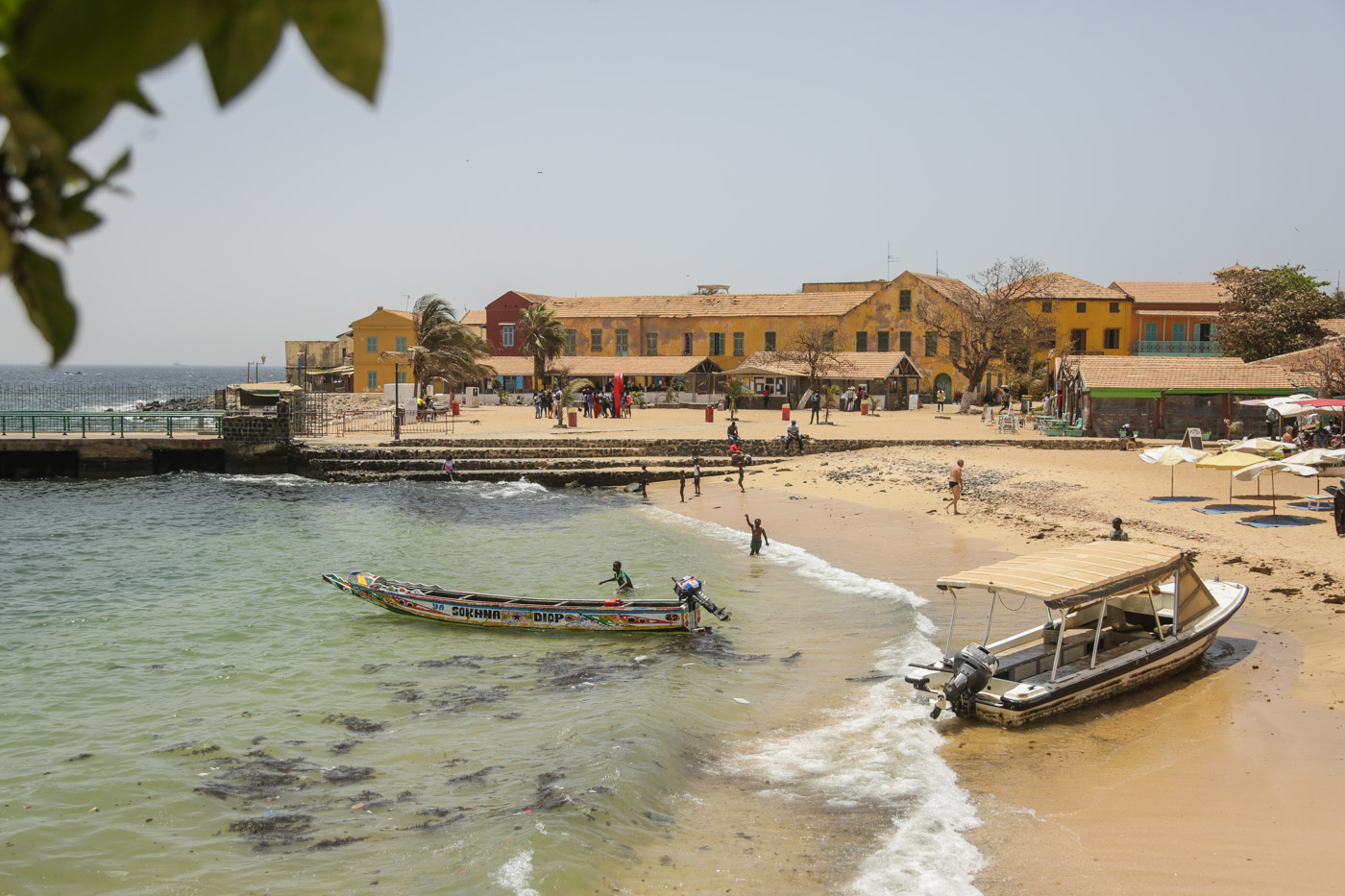 Besides visiting the two museums of the island, the highlight of a visit to the Island of Gorée remains a stroll on the alleys to witness the life of its tiny population going on. The contrast of the colourful and elegant colonial houses painted in pastel colours, against the turquoise sea  and the green palm trees really turns this island into a perfect picture opportunity. 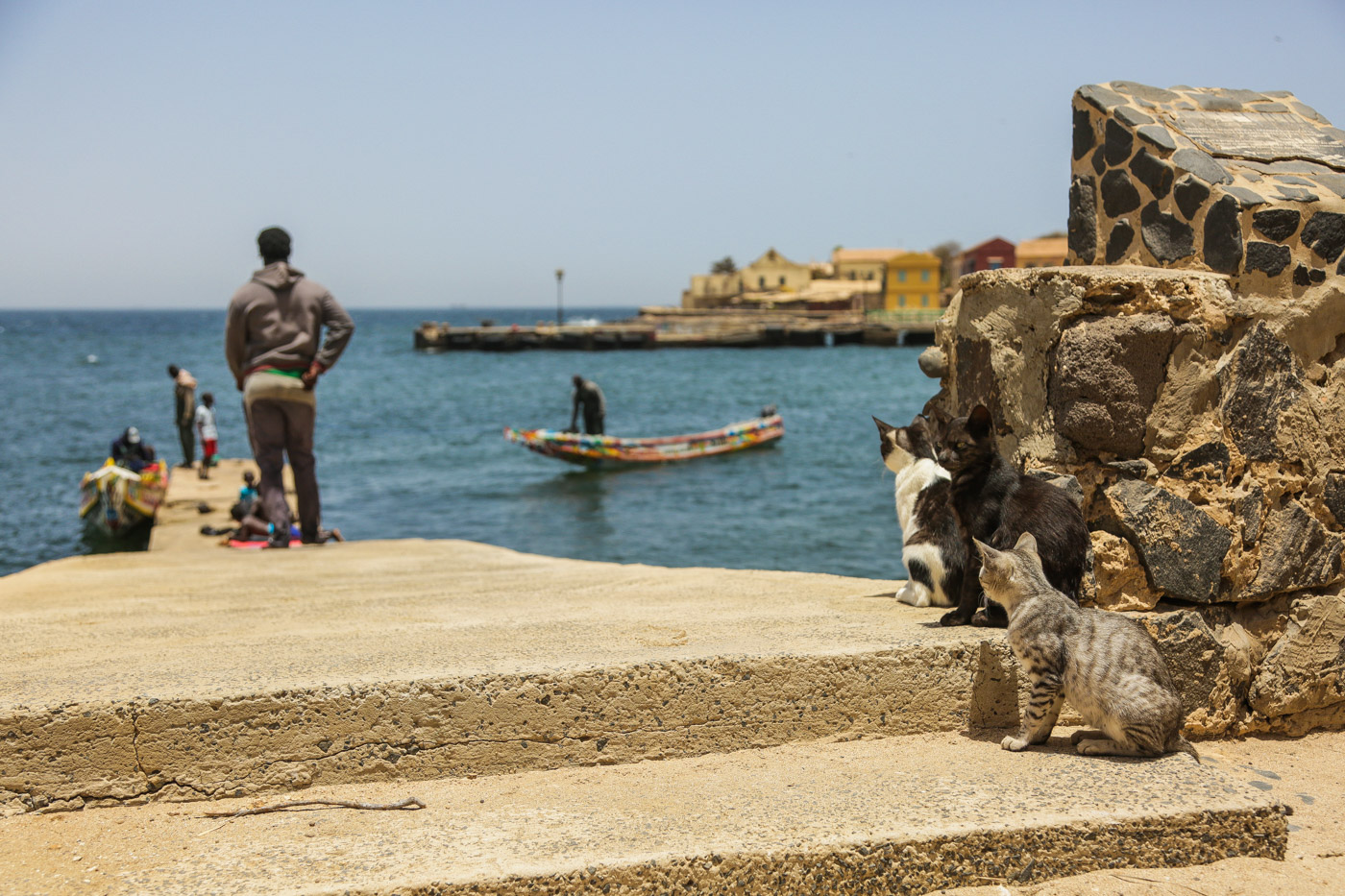 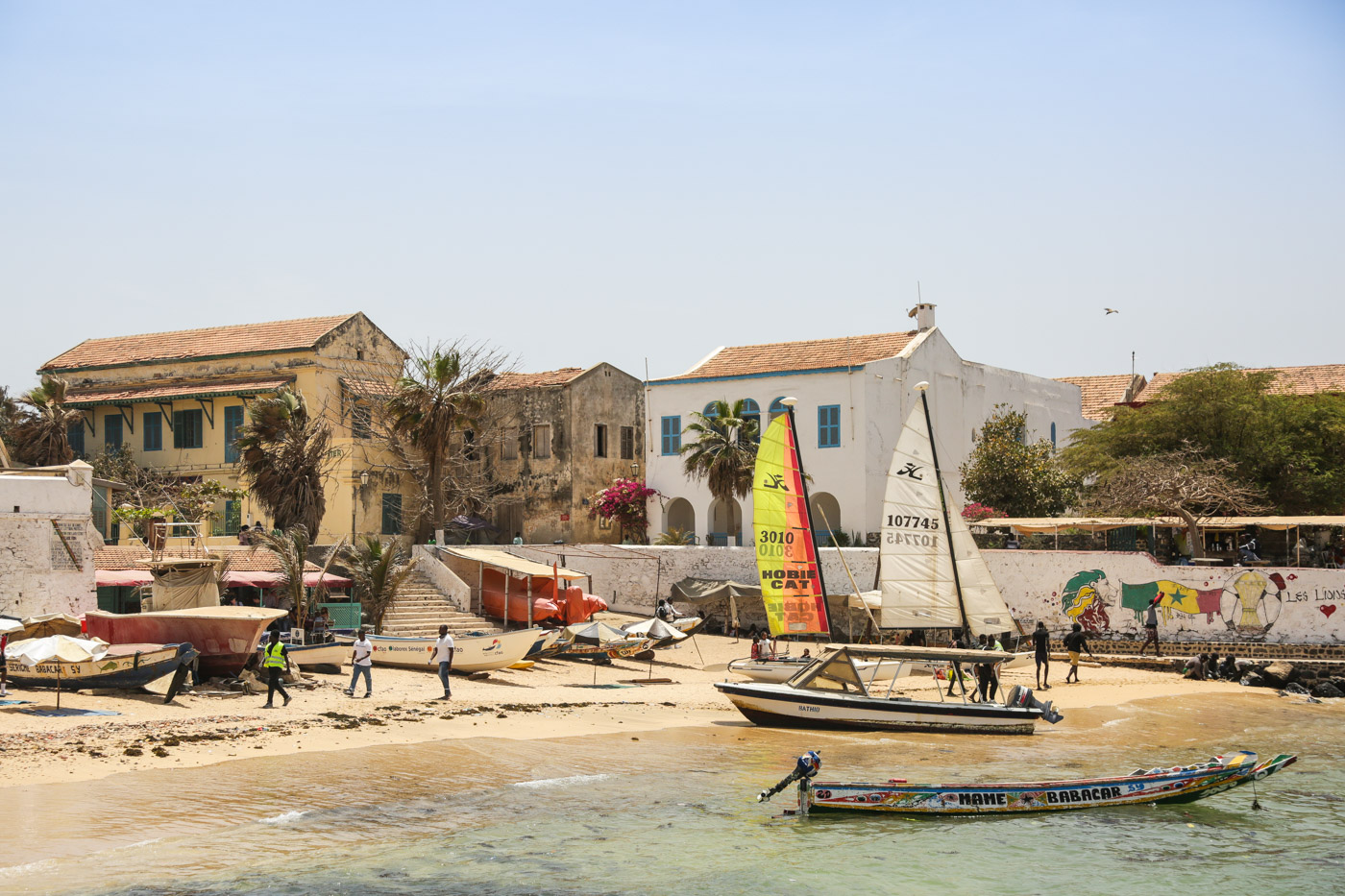 – The Exceptional Natural Beauty of the Saloum Delta
– The Vibrant Fishing Village of Mbour
– A Wild Safari at the Bandia Reserve
– Lake Retba: Floating In Senegal’s Pink Lake