China, a place of different dimensions

What do we really know about China? About the most populous country in the world, home to 1.4 billion people, almost 3 times more than the total population of the European Union? About this fast-growing economy, today’s biggest exporter and second biggest importer of goods in the world? In our everyday life, we mainly hear about China in relation to trade wars, mass production and air pollution. We see the “Made in China” signs on our clothes, usually associated with cheap, low-quality products. We eat roasted ducks and spring rolls in restaurants that show images of bamboo, dragons or pandas on their walls. And that’s about it, right? At least speaking for myself, I knew very little about this vast, diverse country. In April, we made our way to China to find out more!

Our discovery started in Hong Kong. This cosmopolitan place with its characteristic skyline, historical temples and beautiful landscapes gives a first glimpse of what China has to offer. Modern skyscrapers, luxury shopping centres and international cuisine meet ancient art and believes deeply rooted in the local culture. And they create a fascinating mix: the modern financial centre is known to be a “Feng Shui” battlefield. This ancient art of how to channel energy through the positioning of objects is a serious business in Hong Kong. As our “Walking Tour” guide” explained, the Bank of China’s sharp-edged tower is said to project negative energy to its neighbouring buildings. Which is why the HSBC responded by mounting two canon-like structures on its roof as a defense system! 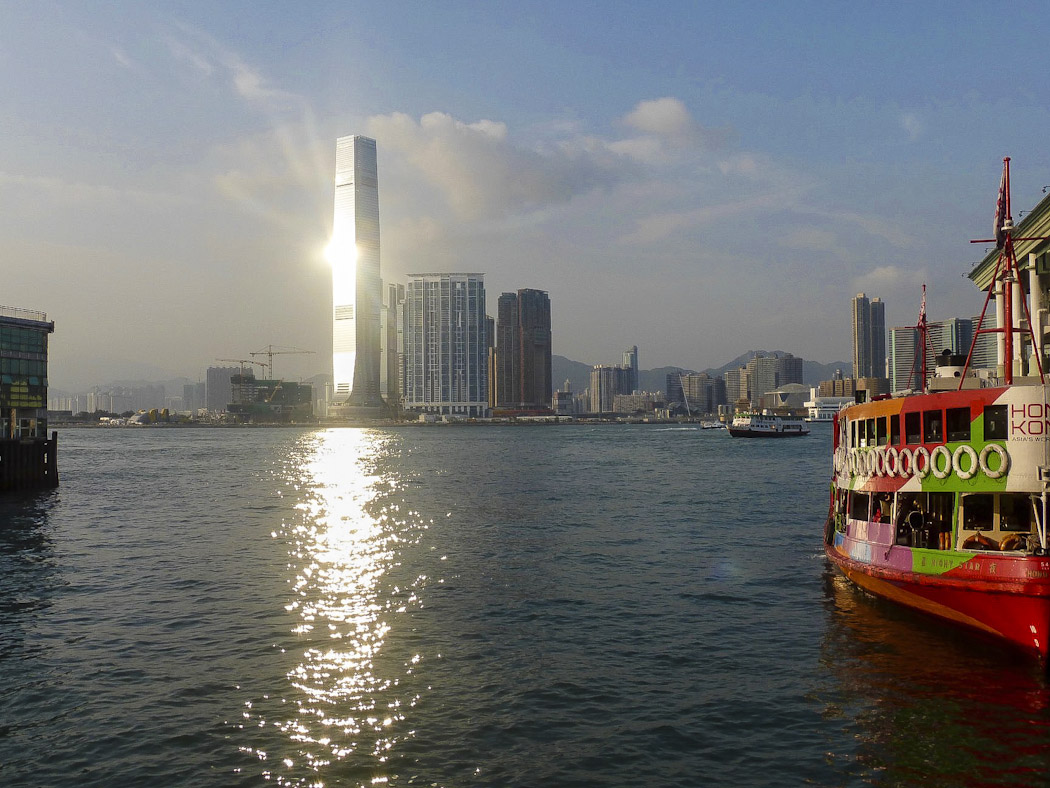 Having been under British crown rule from 1842 to 1997, Hong Kong is a special administrative region with a European heritage and a high number of English speakers. A combination that made the “Harbour of Fragrant” an interesting and “easy” place to start a trip through China. The only downside of a stay in Hong Kong: property prices are among the highest in the world. So, if – like us – you try to save on your accommodation budget, you might find yourself in a 3.9 m2 room, bathroom included, on the 17th floor, with one out of two elevators under construction. We clearly needed some advanced “Tetris” skills to fit ourselves and our luggage in the room without blocking the access to the shower. This combined with a lot of patience for queuing for the only elevator or, alternatively, a good training for our legs walking up to the 17th floor, made the stay in our accommodation rather special…

Once we crossed the border to mainland China in Shenzhen, things changed abruptly! Due to our inability to speak or read Chinese, communication started to be a major challenge. Buying our first train tickets took us around 3 hours, queuing 3 times on the same line, trying to make ourselves understood with screenshots and online-translators. Obviously, we would have used the ticket machine to make things easier, but apart from the big sign saying “Ticket machine” in English, we could not identify anything familiar on the screen. As crossing the border also meant saying goodbye to Whatsapp, Facebook, Google maps and Co., we used our first evening to download some alternative apps to help us get around. A great find was the sign scanner “waygo” whose translations were not always very clear, but prevented us from ordering crispy chicken feet or pig ears! 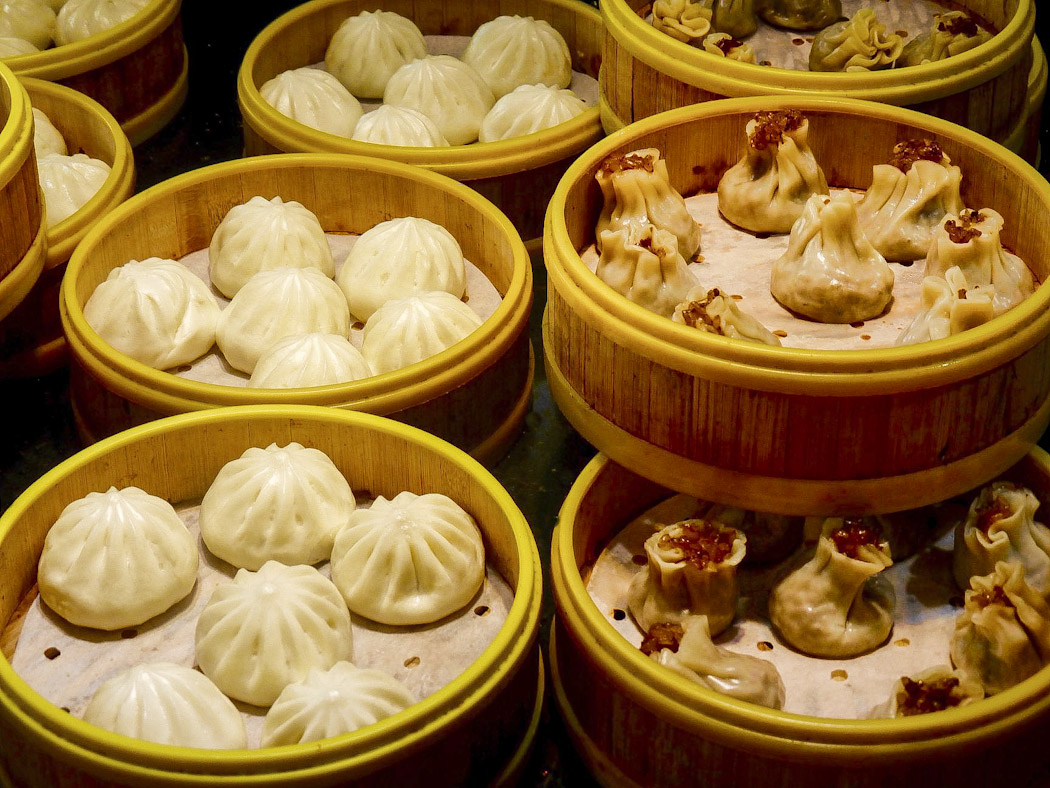 Equipped with train tickets and some useful – even if mainly Chinese speaking – apps, we were ready to discover more! Thanks to an efficient transportation system including brilliant high-speed trains, we travelled comfortably and fast between different parts of the country. From Shenzhen, we first made our way to places of natural beauty. Having associated China with megacities so far, I was impressed by the green Karst mountain landscape around Guilin and the spectacular “Avatar” mountains in Zhangjiajie National Park. 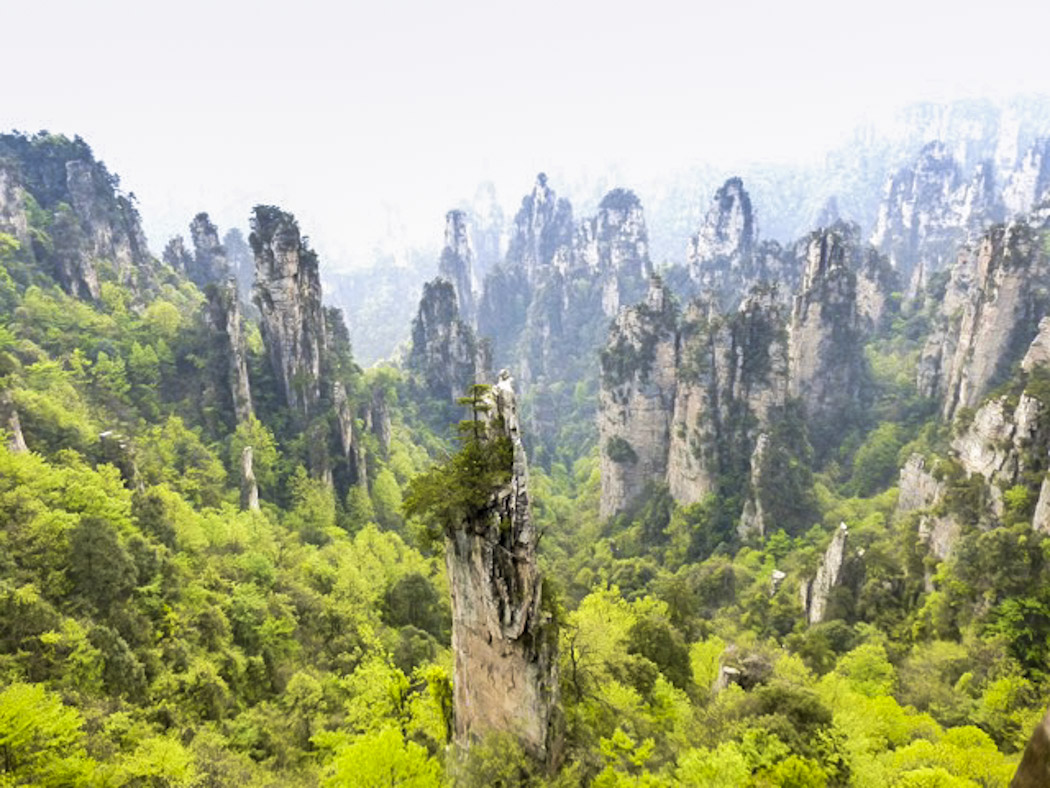 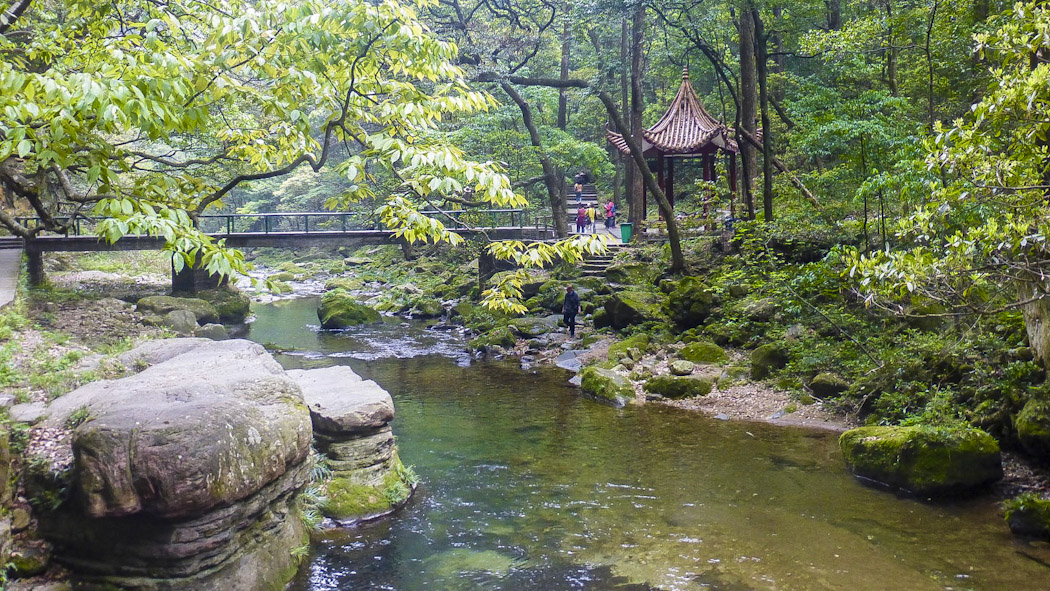 However, we realized that even in the off-season, tourist attractions in China are likely to be overcrowded. To really enjoy the nature – and not end up in between Chinese tour guides shouting in their megaphones – you need to get as far as possible from the main attractions accessible by bus. Our choice was walking and cycling to discover this beautiful part of the world in a more relaxed way! 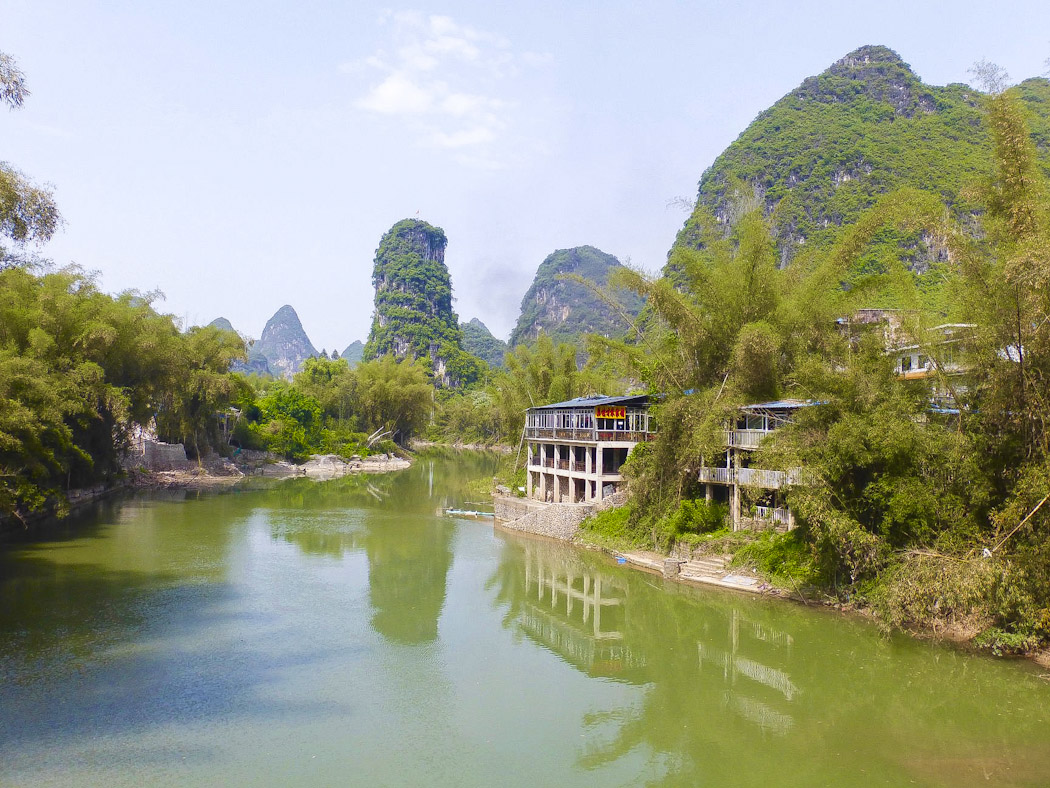 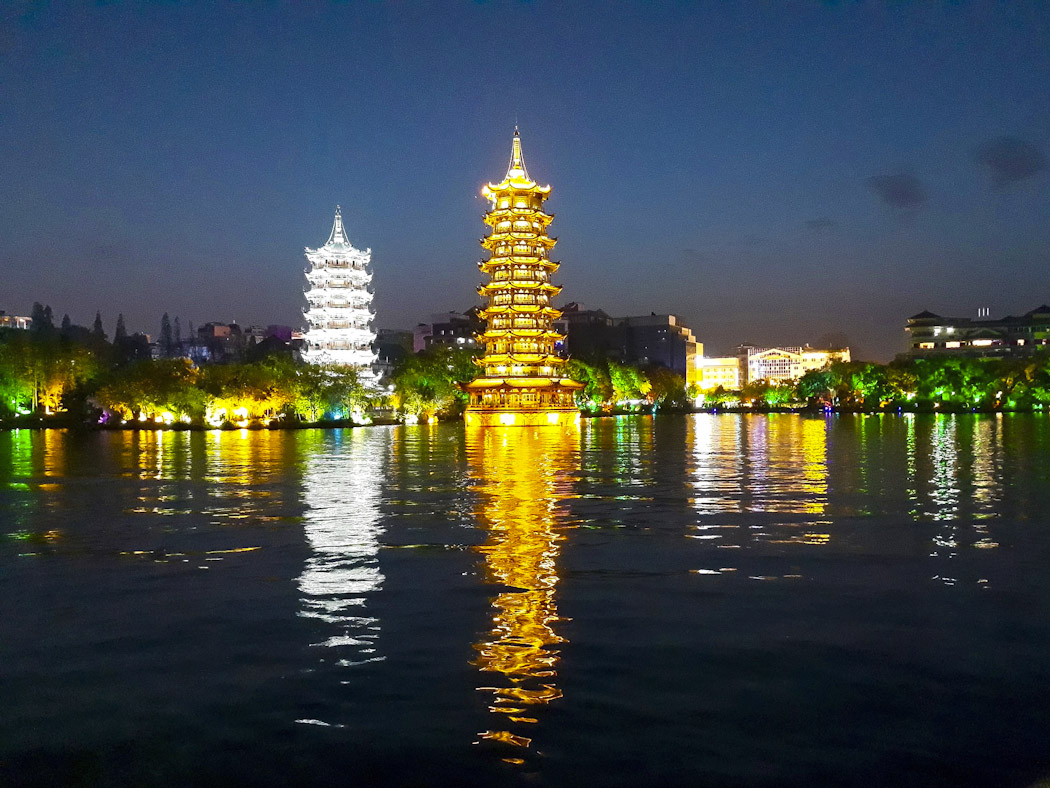 After another 4-hour bus drive and 6 hours of high-speed train, we arrived 1200 km further east in Nanjing, the historic capital of China. With more than 8 million inhabitants its urban area has roughly the same population as London. However, Nanjing is not even in the “TOP 10” Chinese cities population-wise. 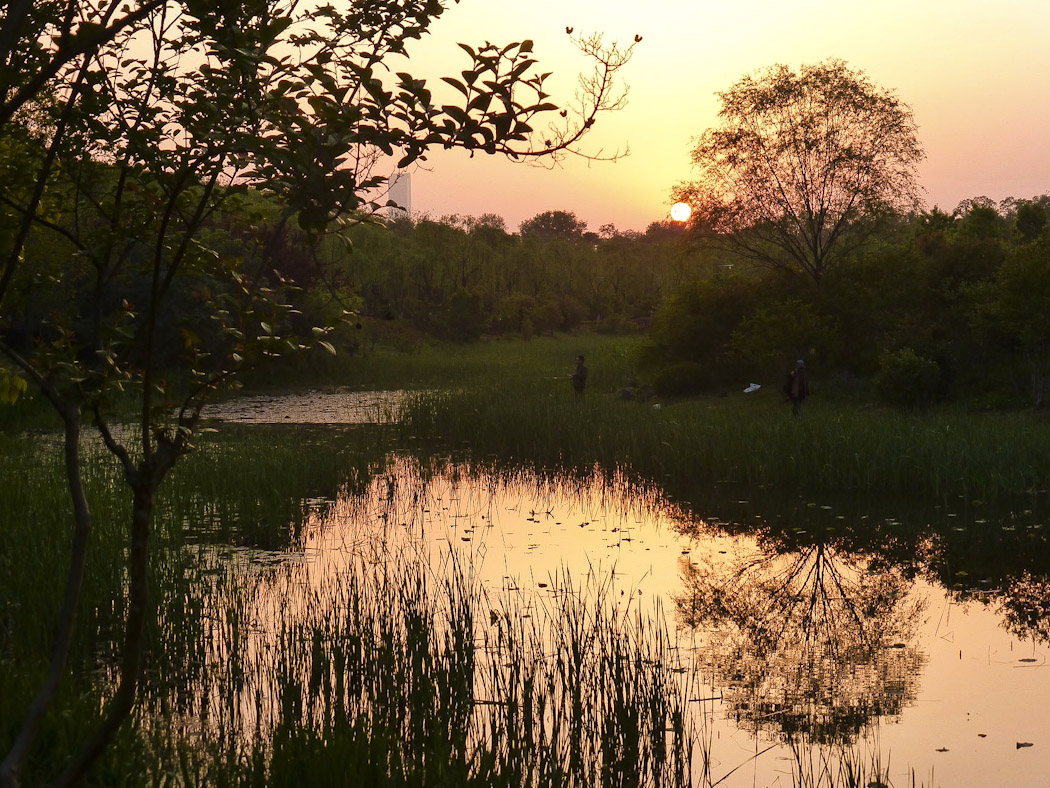 Suzhou, the “Venice of the East”, that we visited after, is even further down the list with its “only” 5 million inhabitants. This explains why we could only see a fraction of the two cities in our limited time. Not to speak of Shanghai, our last destination! It seems contradictory, but one of the things I enjoyed the most in these huge cities, were the beautiful Chinese gardens composed of ponds, bridges, rocks, trees, flowers, pavilions and other carefully selected items. Following the winding paths leading through the gardens, we discovered new beautiful scenes as we walked along, like a series of “artworks”. 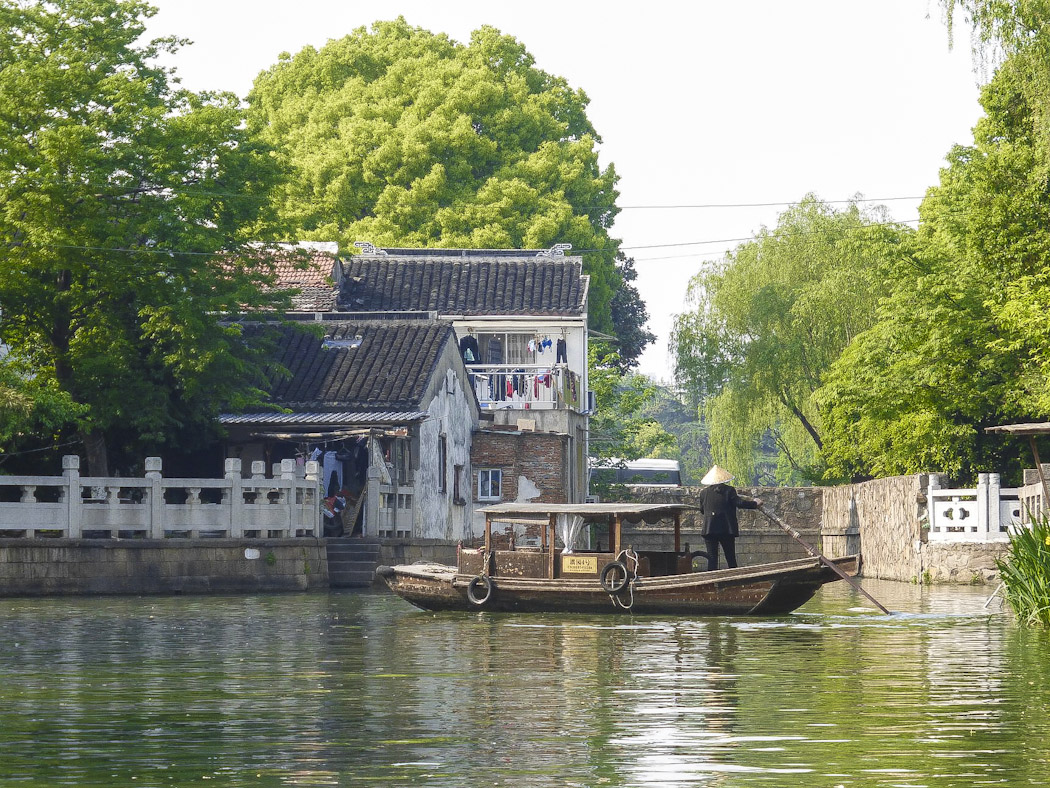 Even if we travelled main touristic and often crowded places, it was hard to spot other non-Asian tourists outside of Hong Kong and Shanghai. We sometimes felt like a superstar, other times more like a blue dog, as we obviously looked pretty exotic for many people. Some asked to take a picture with us, others were waving at us from the opposite side of the street shouting “hello” and a bar in Nanjing offered us a free drink, as a “promotion for foreigners”. “Exotic” was probably not just our look. We also felt different for lagging behind technologically, asking for a paper menu in places where people read the menu, ordered the food and paid for it via smartphone. We hired normal bicycles being surrounded by electric bikes, scooters and cars. And last but not least, we felt “exotic” for more fundamental questions, like having brothers and sisters, which is not common in China, where the one-child policy was only abandoned in 2016, in favour of a two-child policy…

China, for sure remains exotic to me! After having travelled China for a month, I come back home with many new impressions, but also with a lot of new questions. With more curiosity for this place full of contrasts, for its people and for its rich and fast-changing culture. And what about you? Are you curious, too?

Written By
Antje Mengel
More from Antje Mengel
Incredible India! ‘You love it or hate it’. This is what people...
Read More