Forest bathing is a new kind of therapy to fight stress-related illnesses and ailments. It is a new activity in which one spends time in the woods, giving particular emphasis to the surrounding environment, spending time in a mindful way, which is beneficial both to the body and the mind.

Whenever the Japanese create something, they don’t limit themselves to the simple act of creation. They usually turn it into art! That is the case of forest bathing, or as the Japanese call it shinrin-yoku. For the Japanese, the practise of forest bathing is not only important to relax the mind and relieve the body from stress. Their belief is that immersing in the forest treats other serious diseases that affect the body, such as cancers, ulcers or strokes. 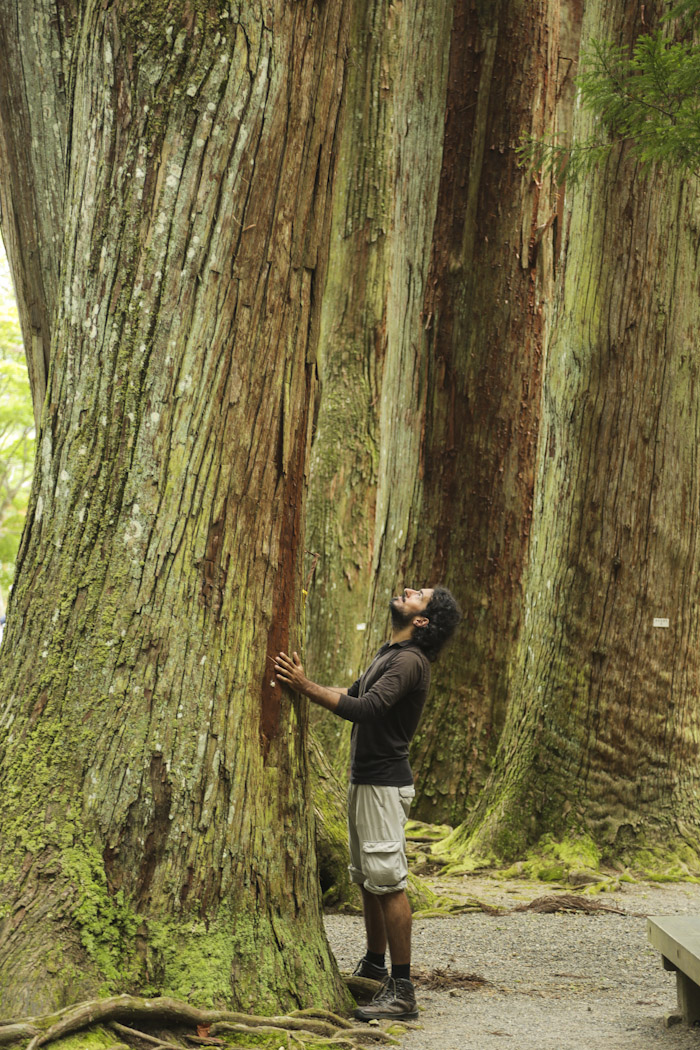 What is forest bathing?

Even though the Japanese have been taking walks in the country’s many beautiful forests for many centuries, it has only been very recently that the country developed the concept of shinrin-yoku. In the 80’s Japanese scientists associated forest walks with an improvement in human health. They found out that phytoncides (a chemical substance released by trees and plants) boosted the human immune system. Since then the Japanese government has included shinrin-yoku in the national health programme. 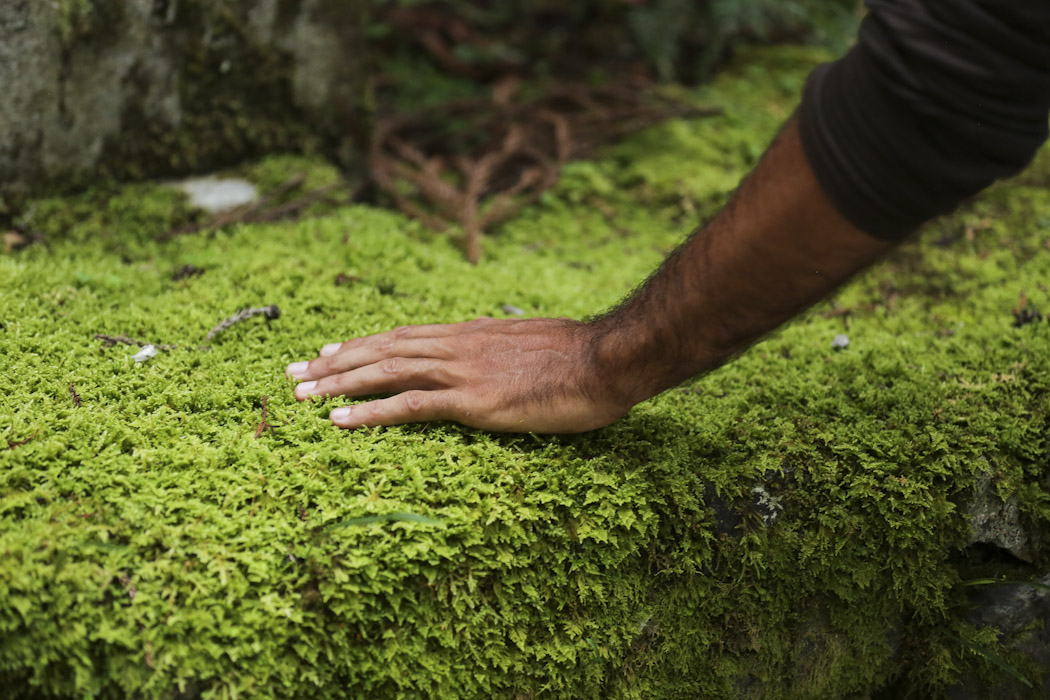 How to have a profitable forest bathing?

Although there isn’t a recipe that will work for everybody, there are a few rules that everyone willing to have a forest bath should observe. The first one has to do with the things you should not carry with you: any electronic devices that keep you connected with the rest of the world (phones, tablets, etc) should stay at home. Cameras also serve as a distraction, so ideally, you should not bring them either.

After observing this rule, you should just wander around at your own rhythm. It is important not to take the time in the forest to think of whatever is waiting for you after the bath. Take that time to concentrate your senses in all the things that the forest has to offer you. And there are many such things, for all the five senses: smell, touch, sight, hearing and even the taste. You just need to give the forest a chance to reveal itself to you. 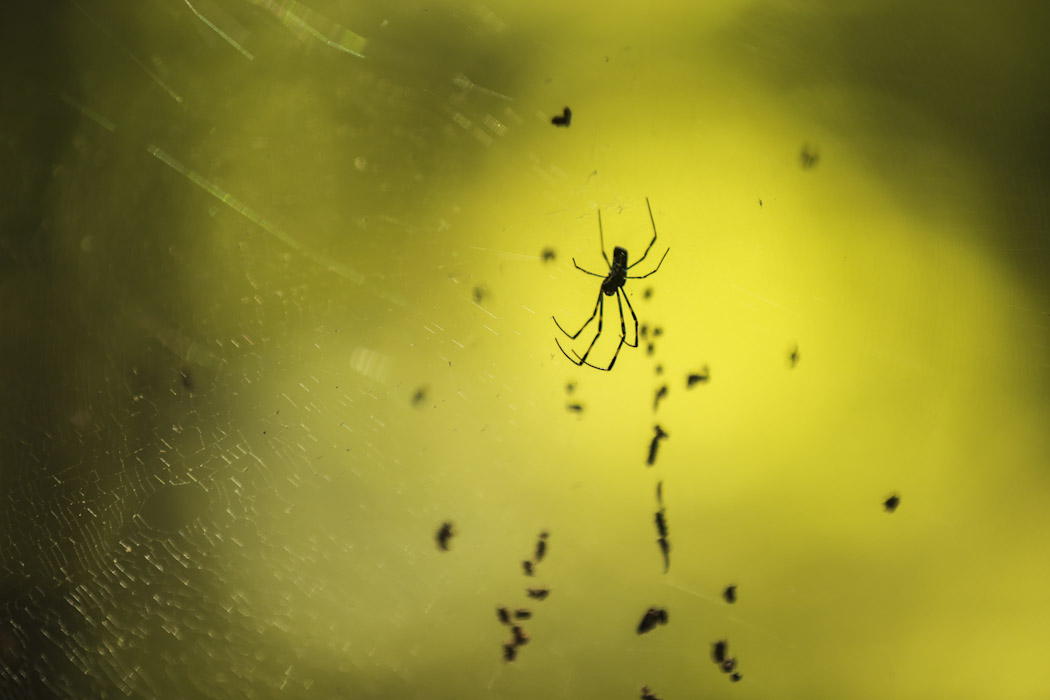 If you enter deep into a forest, deep enough to be far away from the noises of towns and traffic, you will start listening to other sounds. Be attentive to the sounds of the wind rustling the leaves of the trees or the harmonious chords of birdsongs.

While forest bathing, you should also follow your nose to smell the different scents of the forest. Trees and plants exude a wide range of odours, from its resins, but also from flowers and leaves. All one has to do is open the nostrils and let the fragrances invade the inside of one’s body. 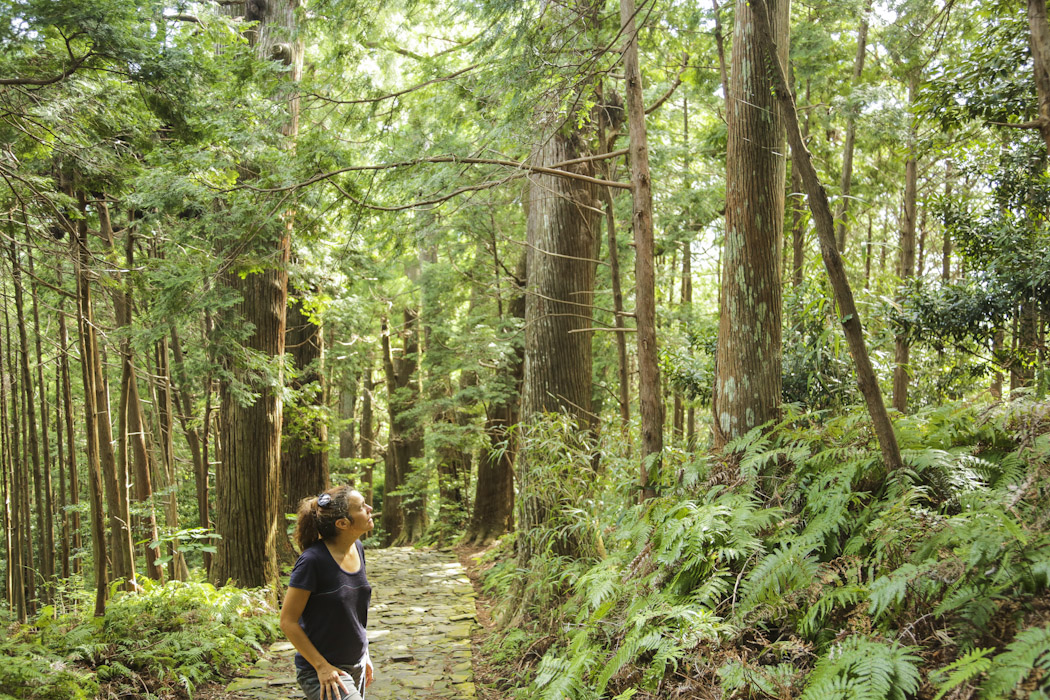 Savouring the views is another important part of forest bathing. It is only when we are attentive to the forest that we have more chances to spot the wildlife around. Sometimes we do get to see deer and other larger animals. But, if we are attentive, we also get to see the small ones who are also always there. Think of small spiders or other animals that live in the moss.

Enjoy the shades, the different colours when the sun reflects on the leaves and how the sky appears from the canopy of the trees above you. There are so many patterns and so many images. While you take the time to enjoy them, you forget, even if momentaneously, the troubles that upset you during the rest of the day. 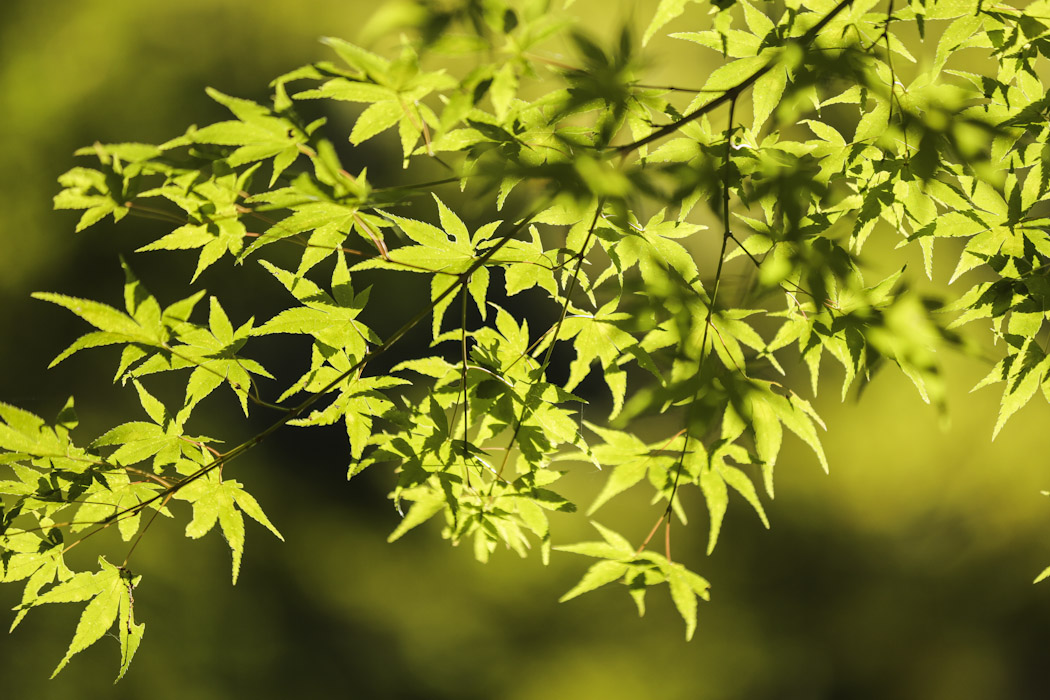 It is when we think of moss that we come to the last sense – the touch, and an essential element of forest bathing. It is fundamental to feel the forest with your hands. To touch it. Hugging the trees is part of the forest bathing, and so is slithering the hands over the moss, and feeling the earth between your fingers.

The duration of a forest bath will obviously depend on your time availability. The idea really is that the time you spend in the forest is a time that you offer your body and mind to slow down… 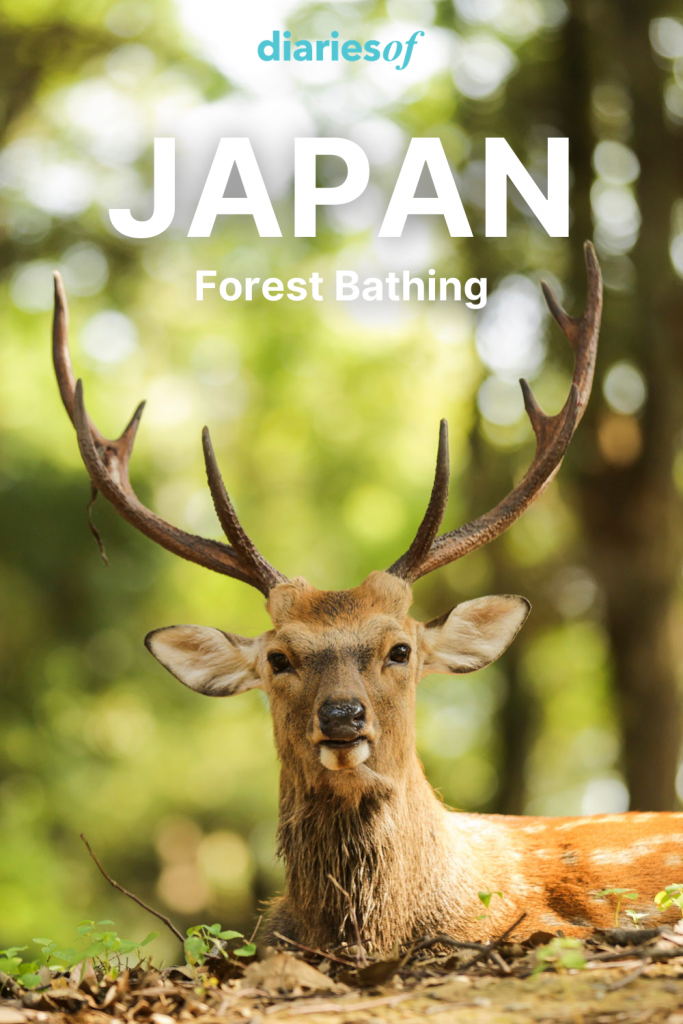 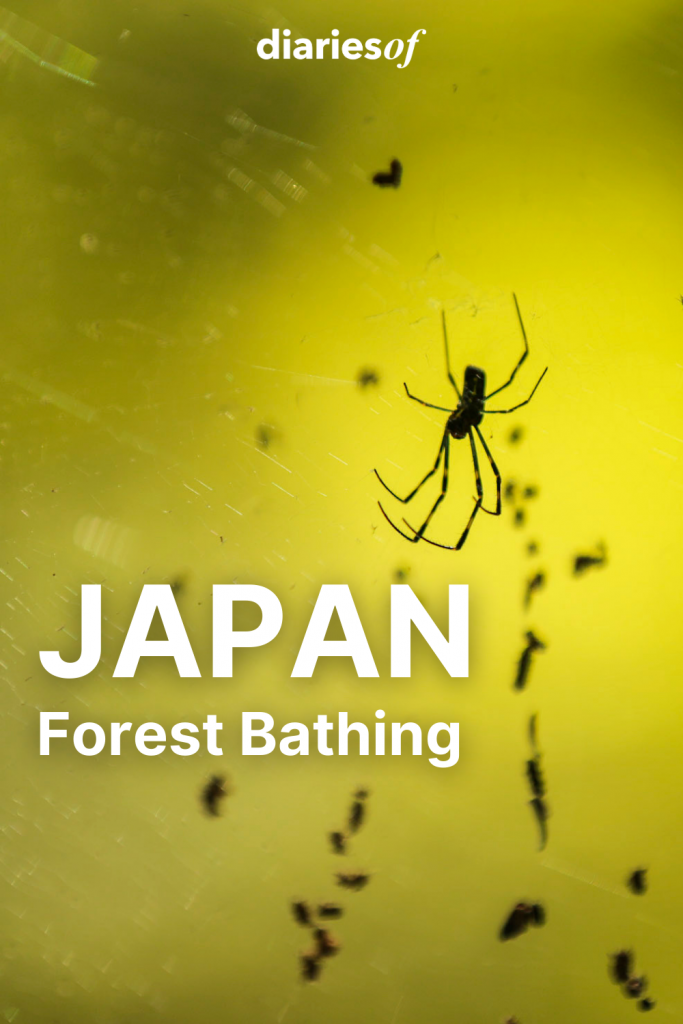 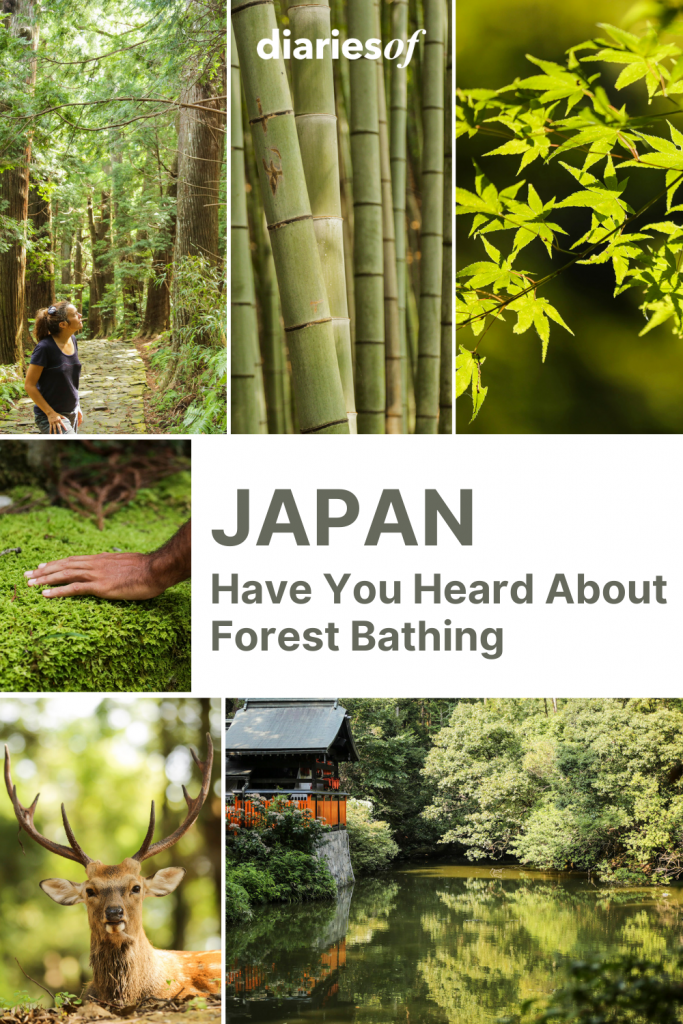