Hiroshima memorial why the Americans dropped the atomic bomb

If you recall your history lessons, you remember that Hiroshima was the first city that was hit and destroyed by an atomic bomb (followed by Nagasaki three days later). It happened in 1945, on 6 August. The day we visited the Hiroshima memorial, we learned much more than what the books taught us at school. We learnt about the suffering that so many innocent people had to go through… 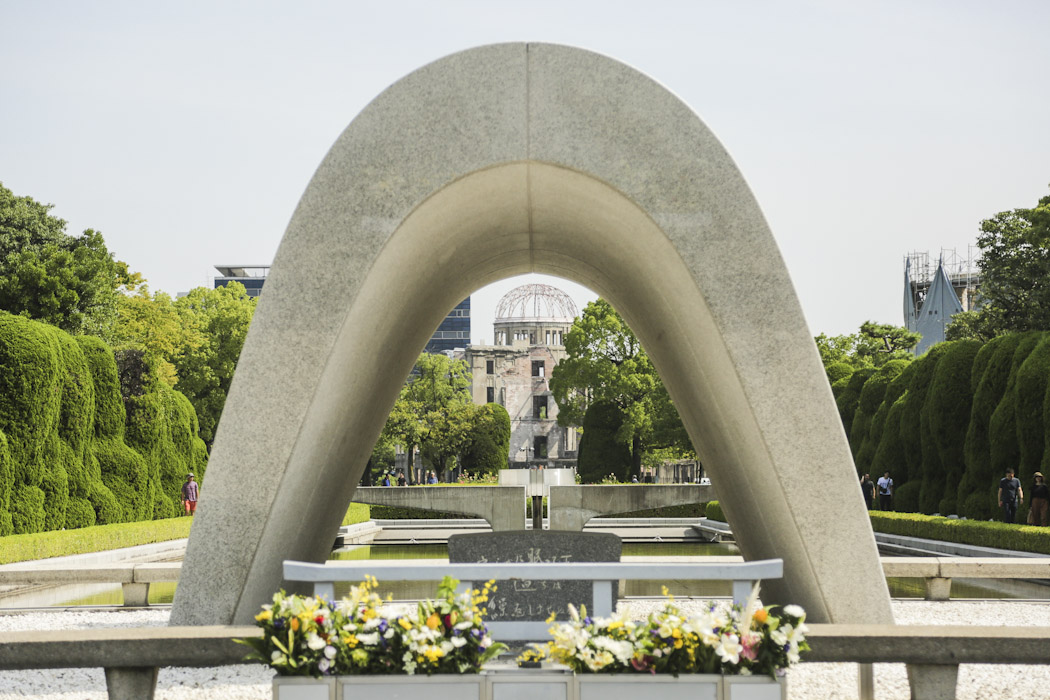 Let’s have a quick review of the historic facts : 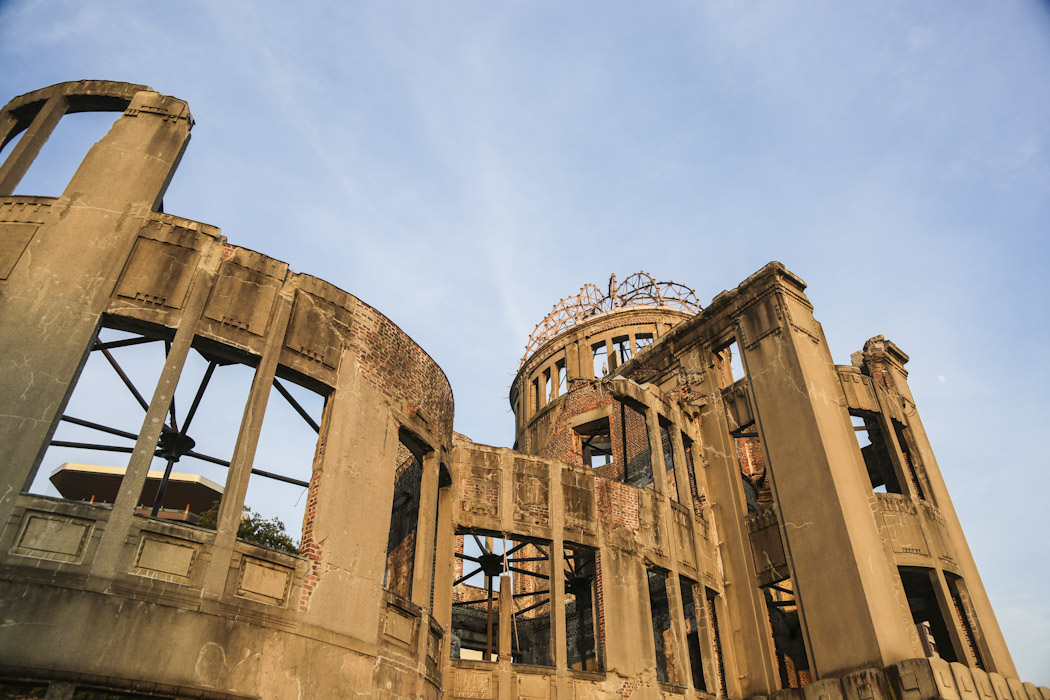 A few questions come to our minds immediately. On the one hand, we wonder: Why didn’t Japan surrender? Did they expect to win the war? And on the other hand, we question: Why did the Americans drop the bombs? Was there no alternative? Let’s address these questions separately.

By the time of the Potsdam declaration – that demanded Japan’s unconditional surrender – Japan was already in a very weak situation. To add to their problems, the Russians were on the brink of declaring war to them. If that happened, Japan would be unable to keep on fighting against yet another front, and they knew it.

So, knowing all this, why didn’t the Japanese surrender? Because they couldn’t surrender to a document that was so inconsiderate of their culture. The Potsdam declaration demanded:

Japan’s immediate surrender to eliminate for all time the authority and influence of those who have deceived and misled the people of Japan.

Eliminate whom? The declaration is ambiguous and doesn’t say it. Dit it mean the Emperor? The Emperor is a sacred figure and the Japanese would never compromise the fate of their Emperor. Had the declaration spared the Emperor, and Japan would be able to surrender while saving the country’s face and honour.

On top of that, the Potsdam declaration never mentioned that the US had finalised the Atomic bomb and were ready to use it, if Japan did not surrender. Why didn’t the US explicitly tell that they would use the atomic bomb, in order to influence Japan to capitulate before the attack? 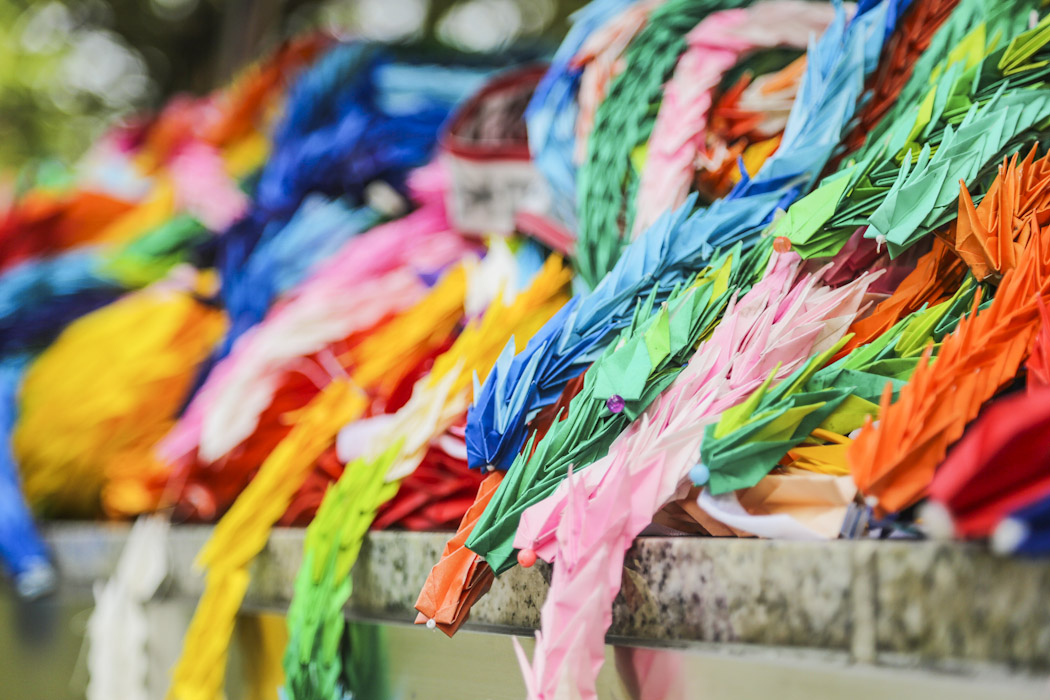 Why did the Americans drop the atomic bomb?

If you have a weapon that will make your enemy surrender and you don’t warn your enemy that you are in the possession of such weapon, do you really want your enemy to surrender? Why didn’t the Americans threaten Japan with the atomic bomb? Were the Americans not looking for the Japanese capitulation yet?

Some experts say that Americans needed to use those bombs. The Truman administration had spent millions of dollars of the taxpayers’ money to develop nuclear weapons. Furthermore, during the war, there had been many voices demonstrating against nuclear weapons. The Truman administration needed to show the people that their money hadn’t been spent for nothing. They had to use those bombs! And they needed to show that the bombs put an end to the war.

Another point was that, if Americans didn’t do anything soon, the Russians would declare war on Japan. And once Japan surrendered to the Russians, these would be the ‘heroes’ and would get to control Japan in the afterwar… Sadly, it looks like the use of two atomic bombs in Japan was all about money, egos and political strategy. 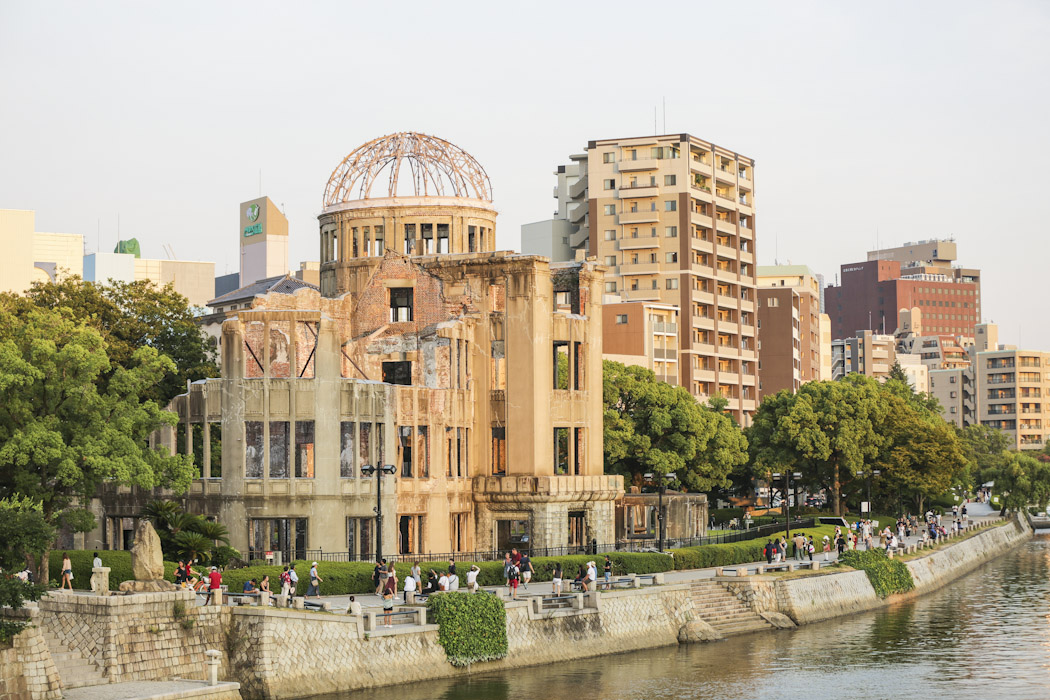 What happened to Hiroshima on 6 August?

Most of Hiroshima was destroyed. 70% of the city’s buildings collapsed and another 7% were severely damaged. The impact of the bomb killed 70,000 people immediately. Those that survived the detonation of the bomb, either suffered serious injury (such as burns) or became ill in the next days and months because of the radiation effects. By the end of 1945, a total of 166,000 people had died. Many more would die in the subsequent years, victims of cancers and leukemia.

Yoshito Matsushige, a photo-journalist, himself a victim of the blast (with minor burns only), arrived at the scene of the tragedy a few hours later. He described it as:

It was such a cruel sight that I couldn’t bring myself to press the shutter. Perhaps I hesitated there for about 20 minutes, but I finally summoned up the courage to take one picture. 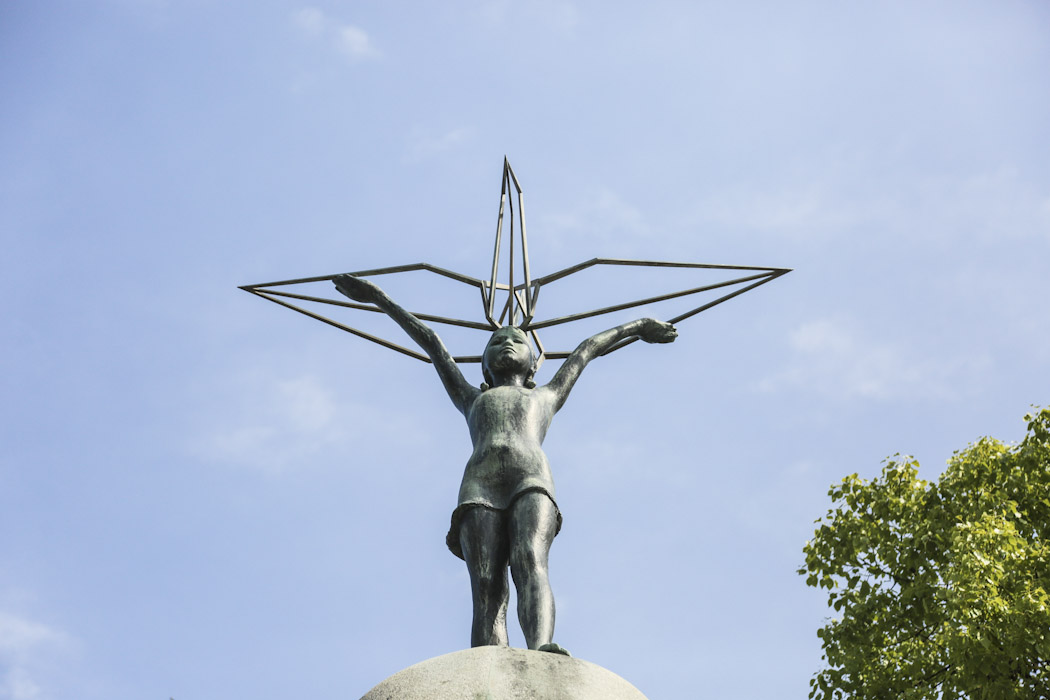 The Hiroshima Peace Memorial (a UNESCO World Heritage Site) serves as a memorial of the atomic bombing of Hiroshima. It is a beautiful memorial constructed around the epicentre, where the bomb fell. Today, there remains one building from that day: the ruin of the Genbaku Dome, which is all that is left of the Hiroshima Prefectural Industrial Promotional Hall.

The dome of the hall survived the blast, and the city government decided to keep it as a reminder of the destructive force of atomic bombs, as a memorial to all who died in Hiroshima, and as a symbol of peace. The city of Hiroshima has become an advocate for the abolition of nuclear weapons, mobilizing its citizens and visitors to defend the end of nuclear weapons. 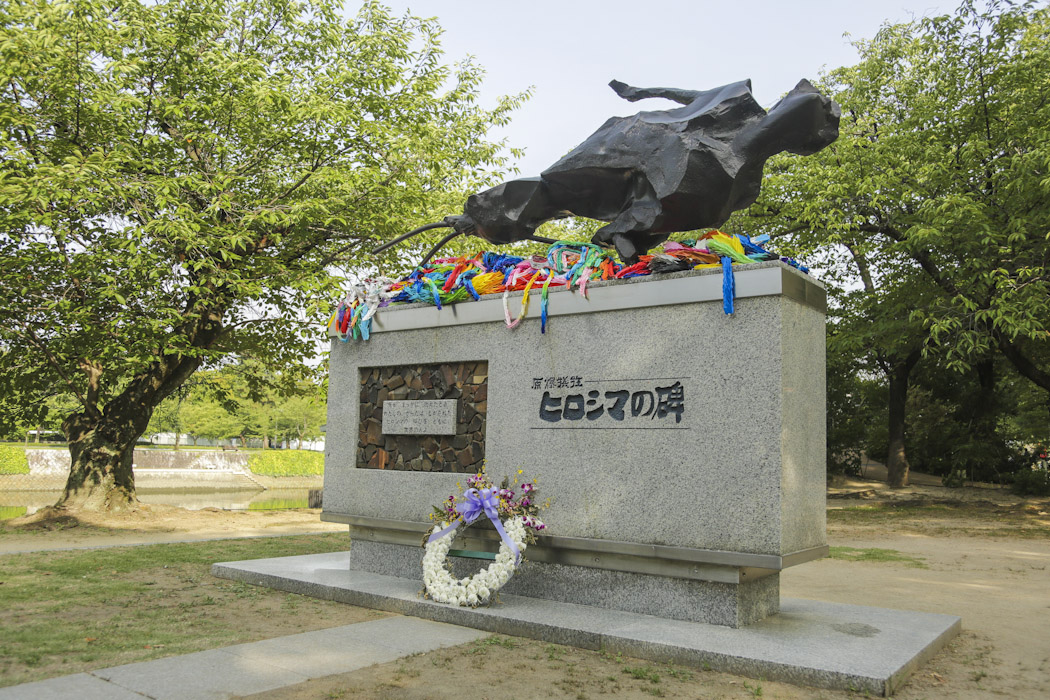 The Hiroshima Peace Memorial museum conveys to the world the horrors of nuclear weapons. We have never been so much moved by any other museum. Despite the crowds (we were literally moving in a queue), the experience we had was very strong. There are so many testimonies, and the reports are so heartbreaking, that we (as well as the hundreds of people around us) were all deeply touched and couldn’t avoid sniffing. By the end of the exhibition, everyone without exception, had tears in the eyes, and most importantly, nobody left indifferent to what happened in Hiroshima.

The museum’s message is remarkable and should be spread by all of us: No more Hiroshimas!

Check our diariesof magazine about Japan for more travel inspiration 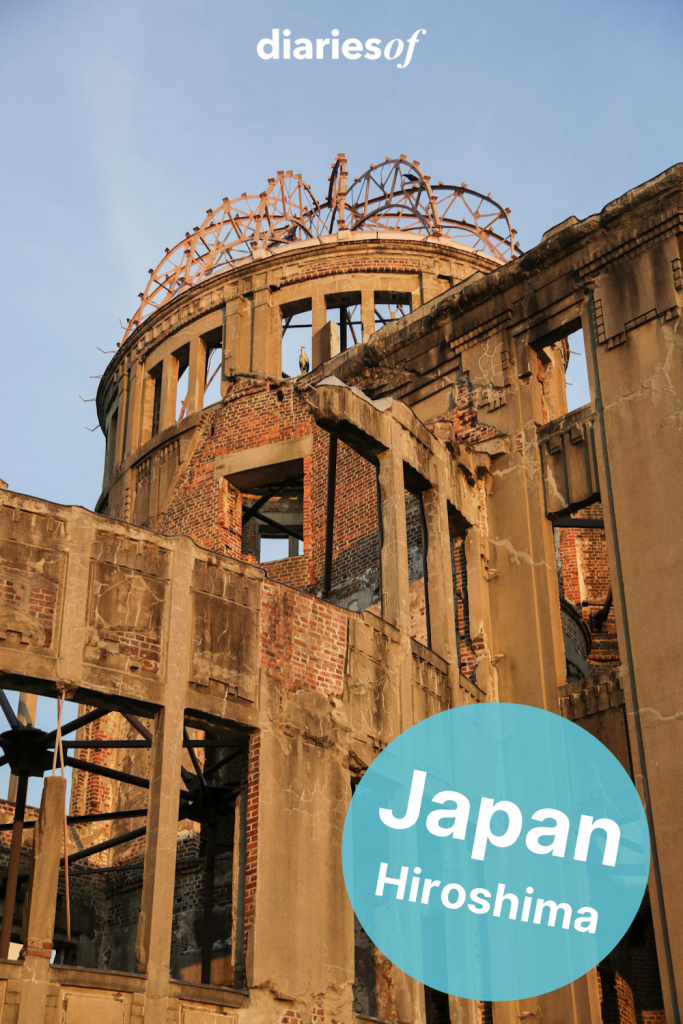 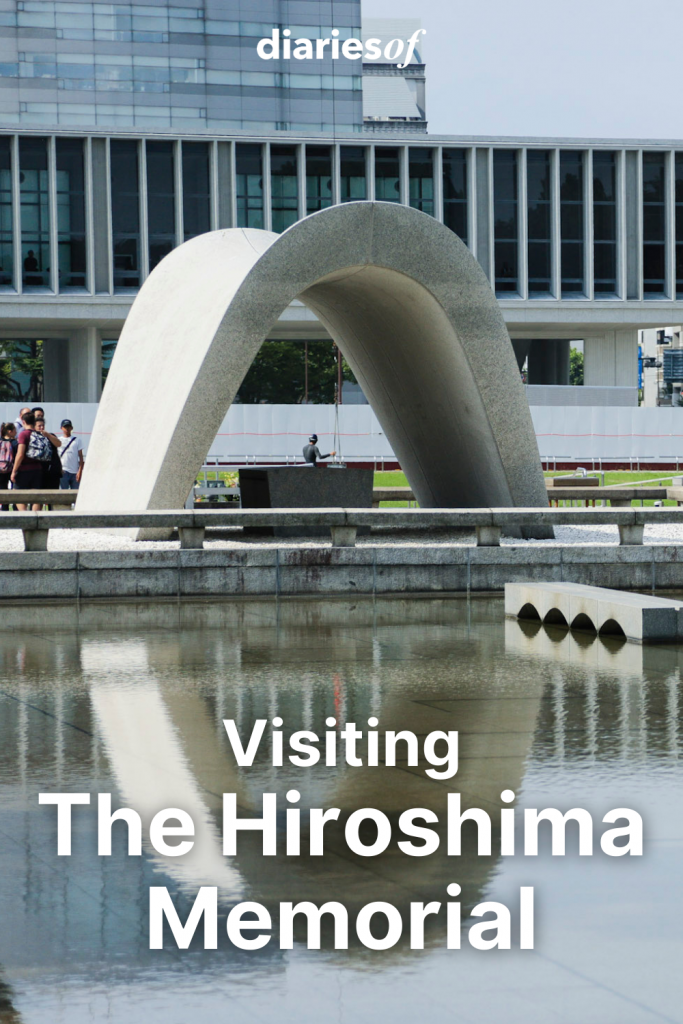 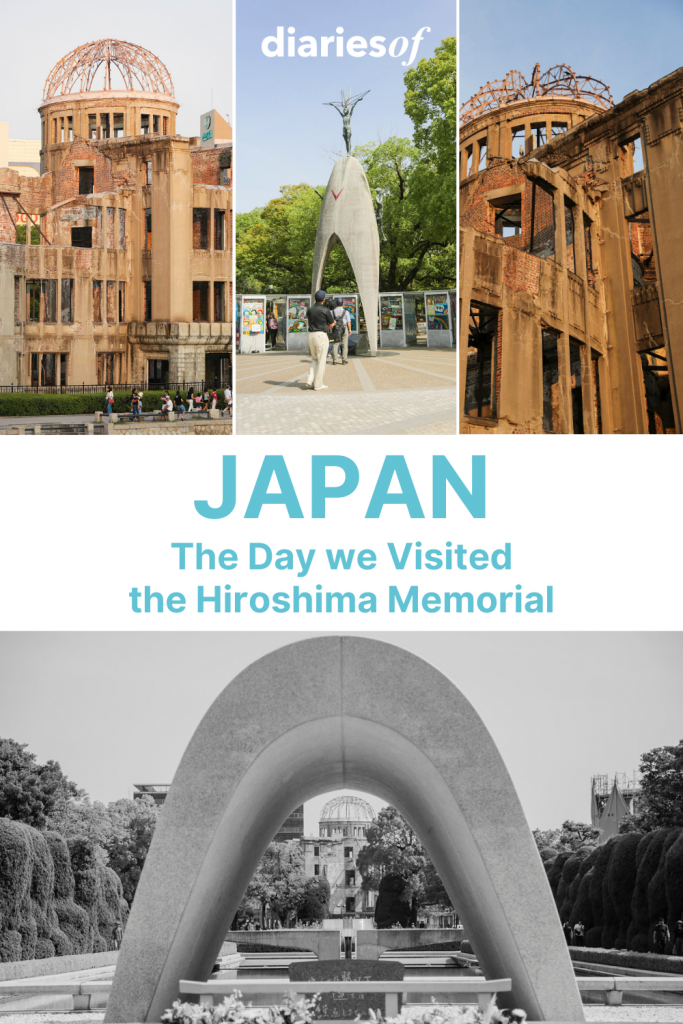