This is the recipe for one of the most cooked dishes in Kyrgyzstan. It is called Laghman, it is a dish of hand-made noodles with meat and vegetables. We decided to participate in a workshop to learn how to prepare this dish, which included the preparation of the noodles as well. For all the ingredients and quantities, see below. 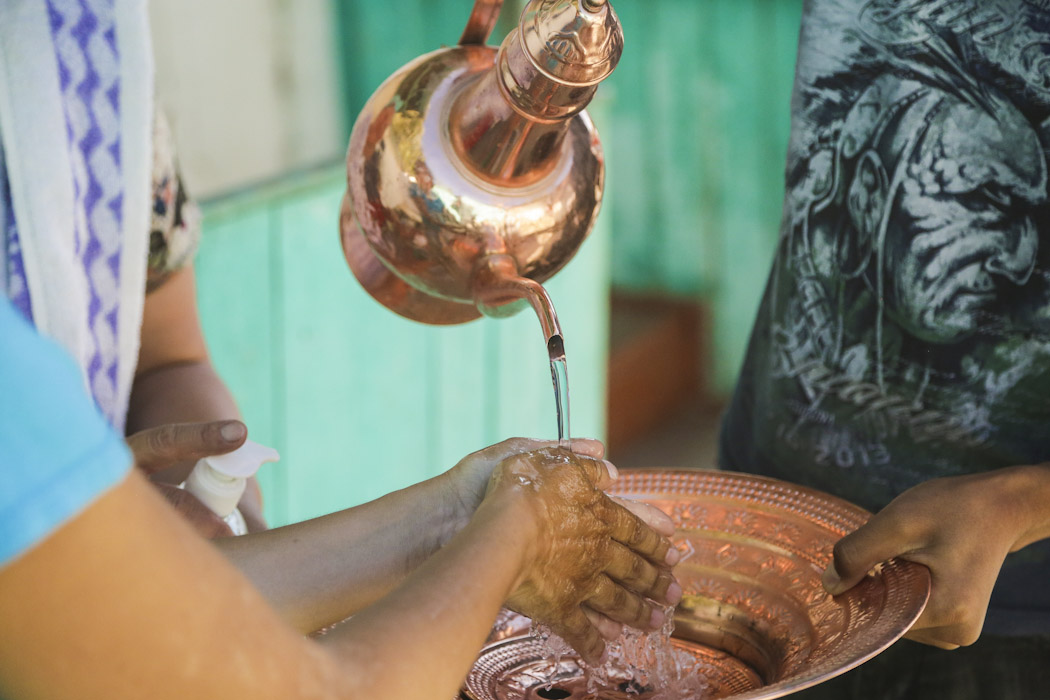 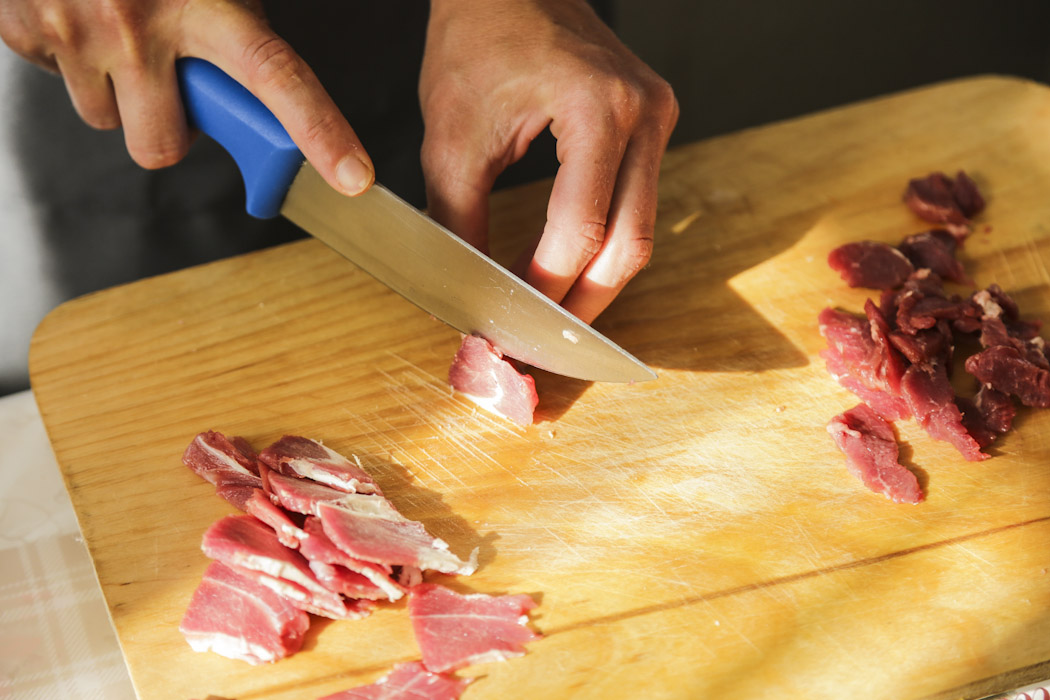 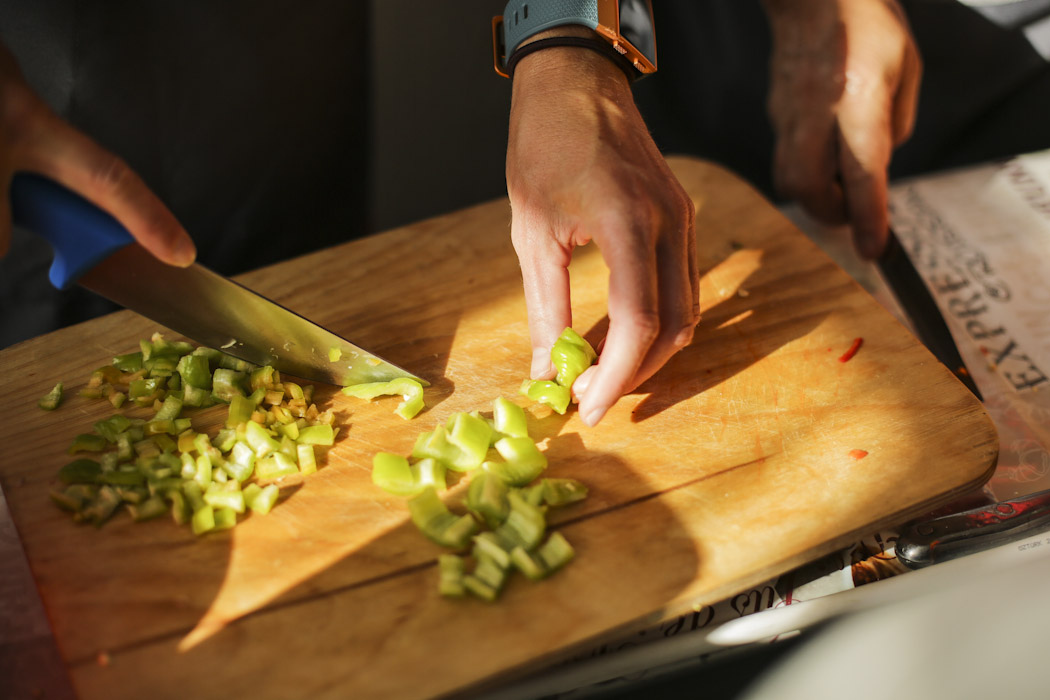 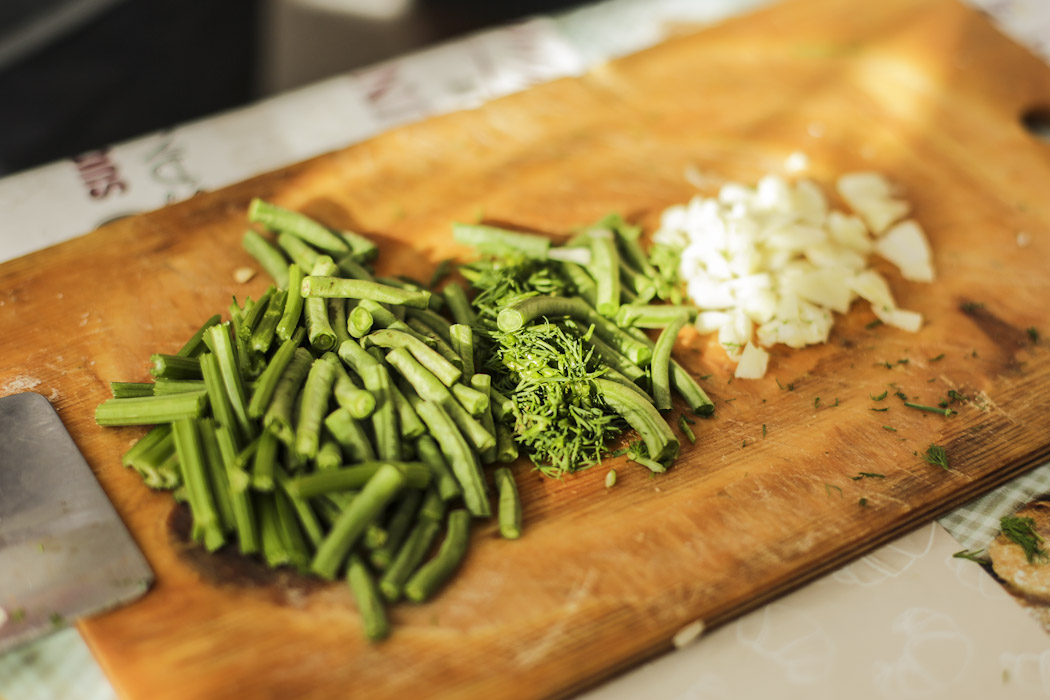 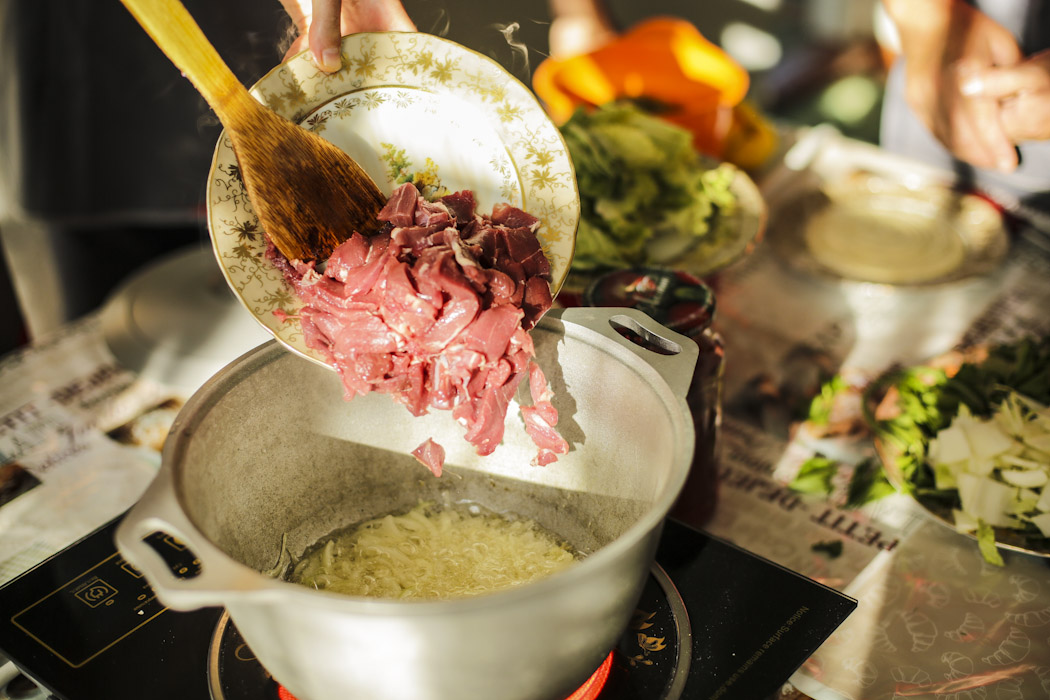 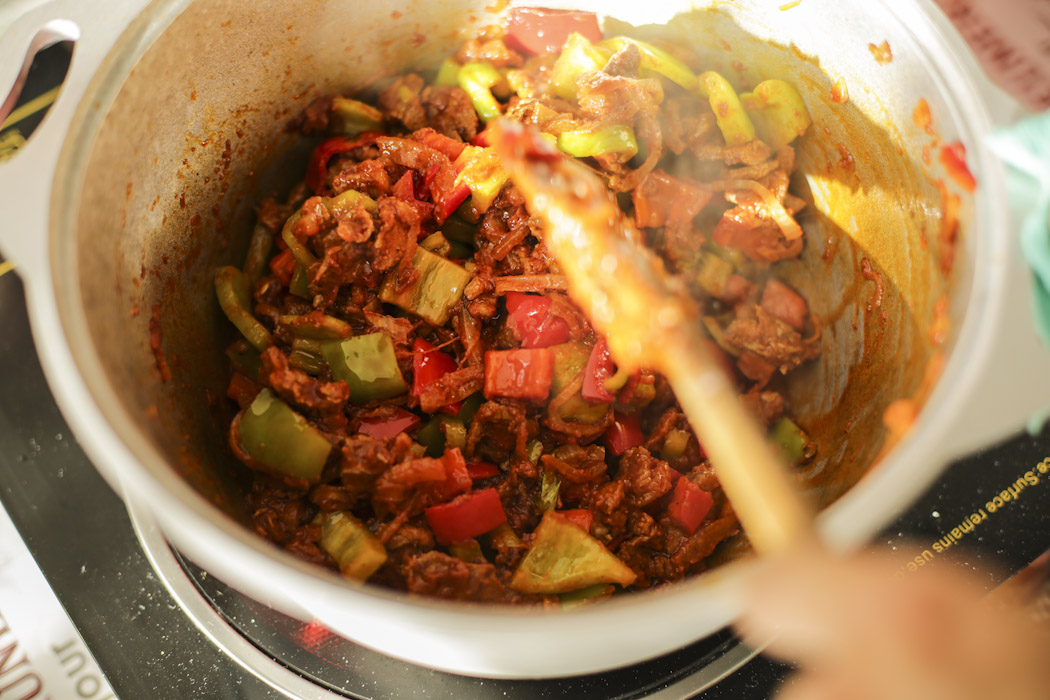 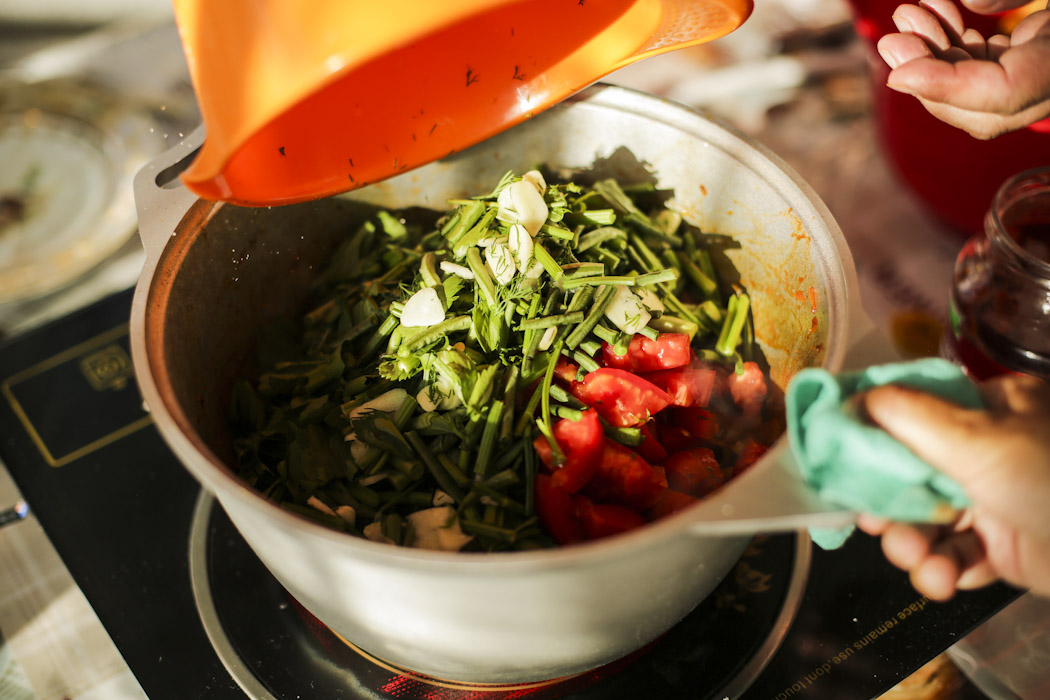 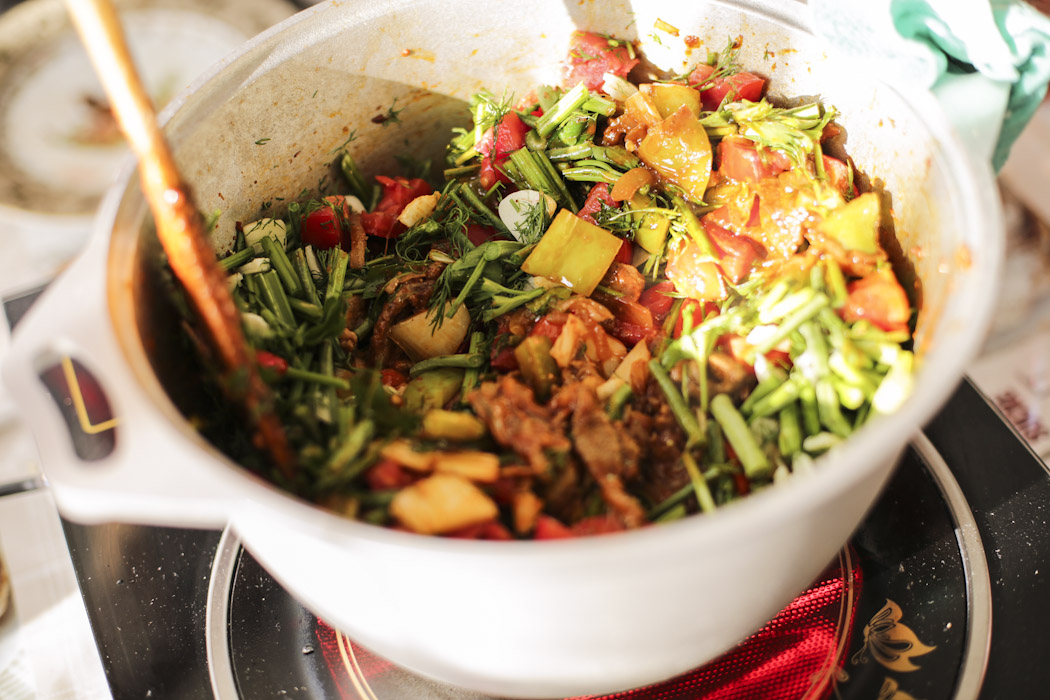 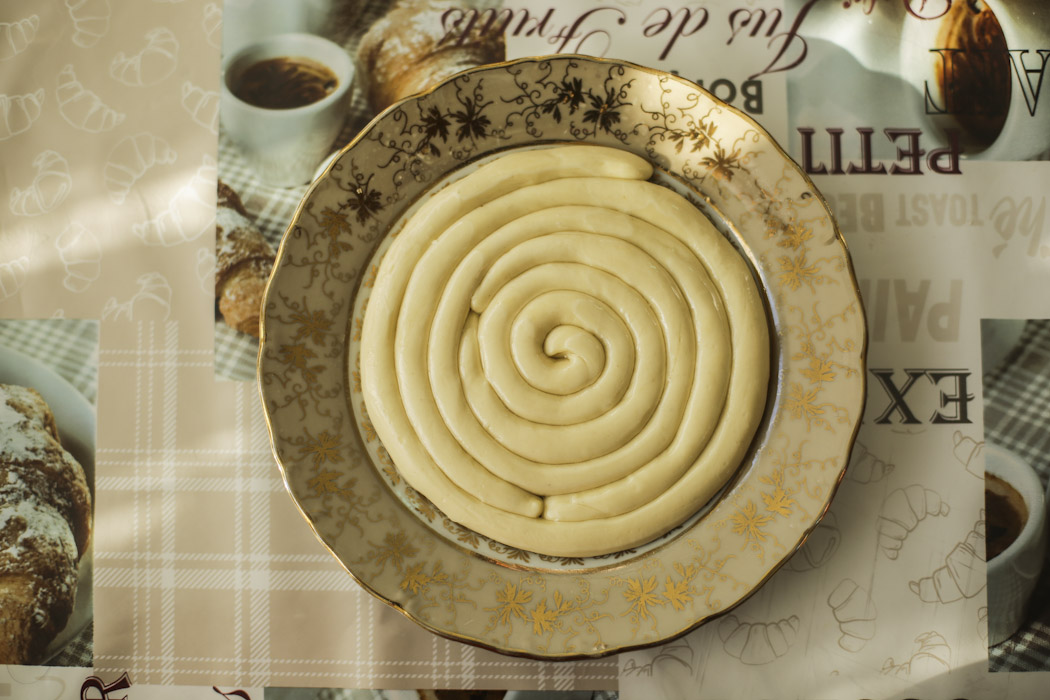 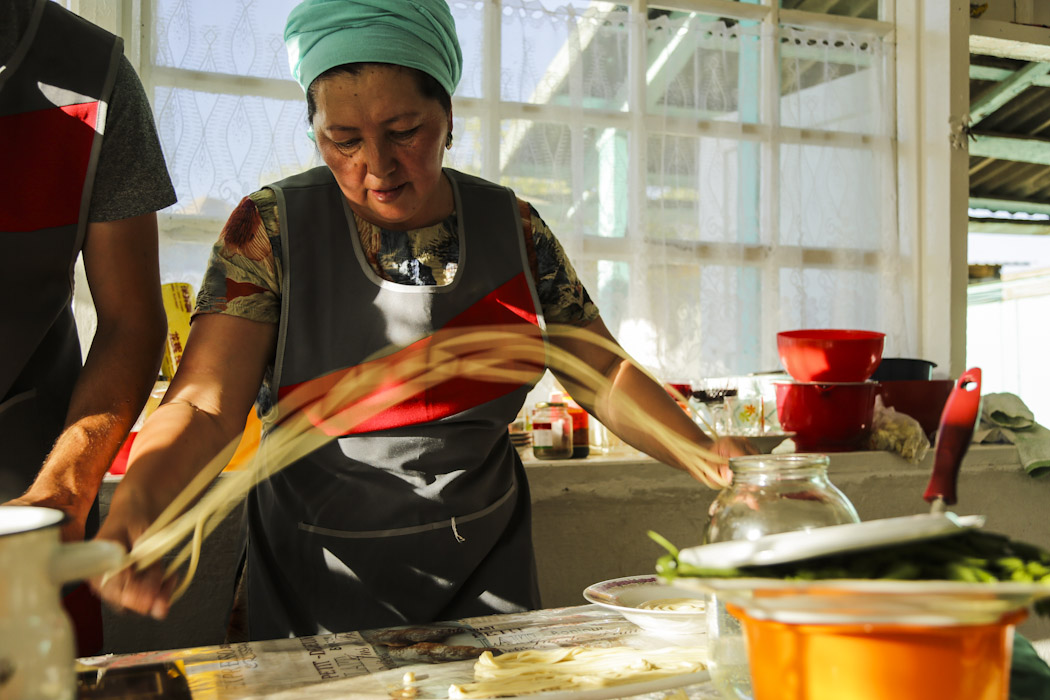 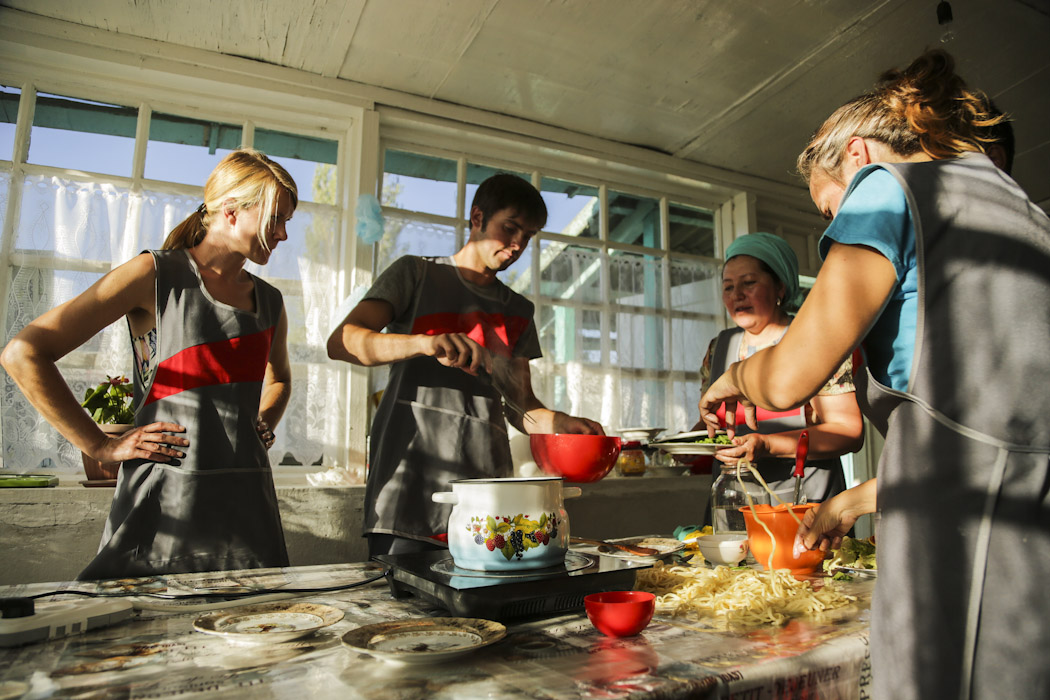 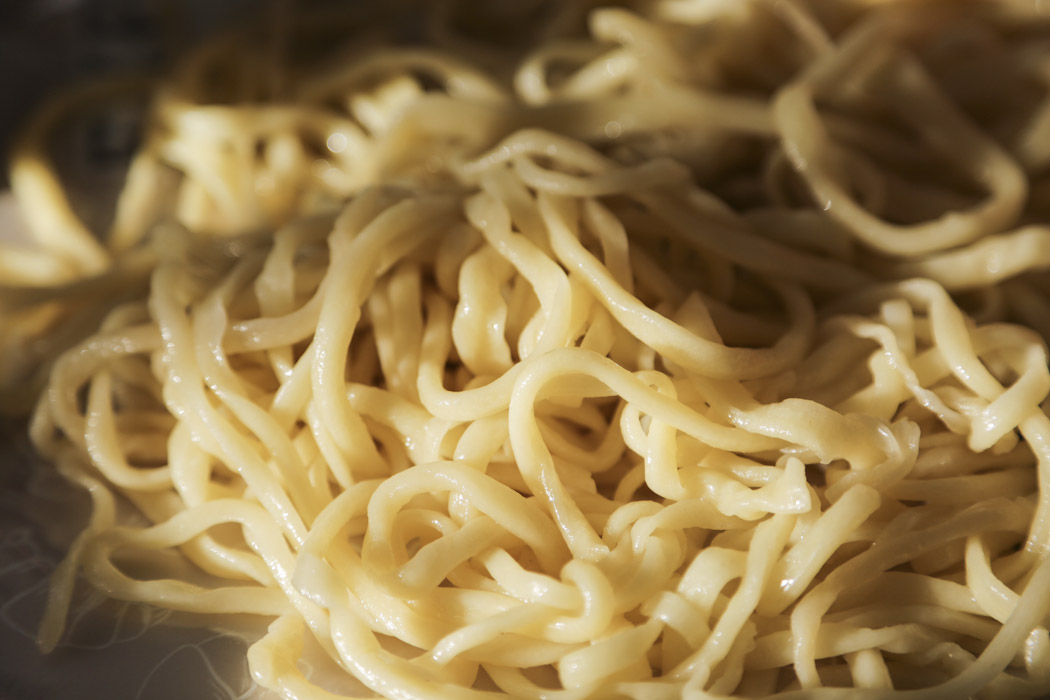 Our chef served us a plate of noodles with a generous portion of stew on top of them. Afterwards we ate together and were served a delicious cup of tea to go with the meal. Simply delicious! 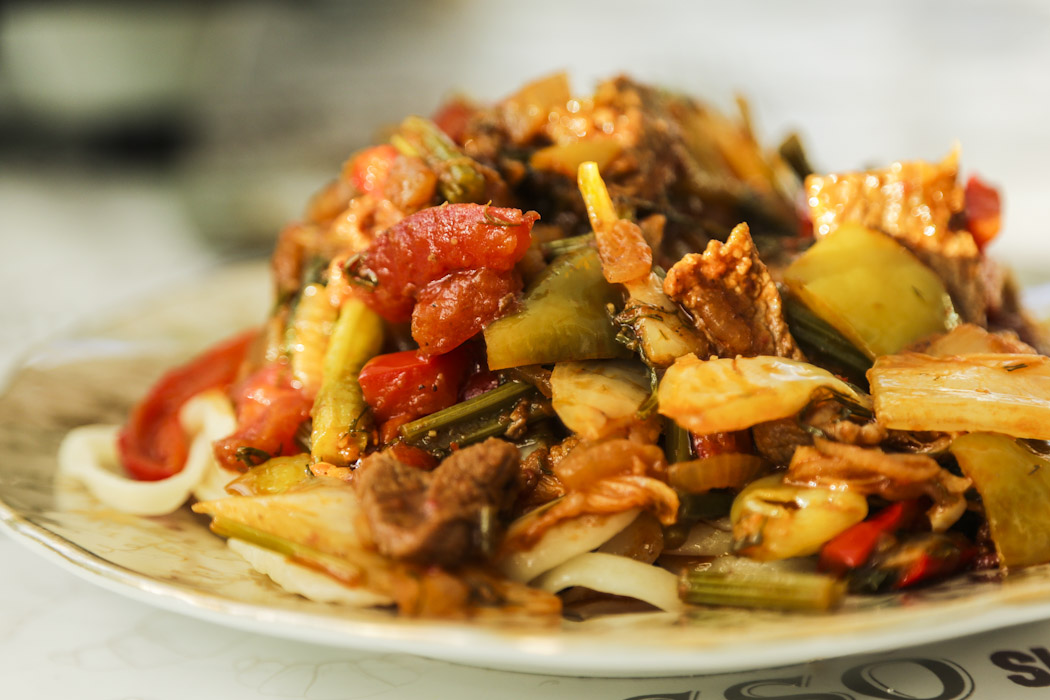 Ingredients for the dough:
4 cups of flour
1,5 cups of water
vegetable oil and salt

Interested in gastronomy? Do you want to know what the food in Kyrgyzstan is like? Find out more about Kyrgyz dishes here.