Kyrgyzstan from above – drone photography

Travelling with a drone gives us the unique opportunity of shooting photos from a spectacular perspective that no camera would ever allow. This is a selection of our preferred drone photos in Kyrgyzstan, shot with our DJI Spark. We hope they give you serious wanderlust! 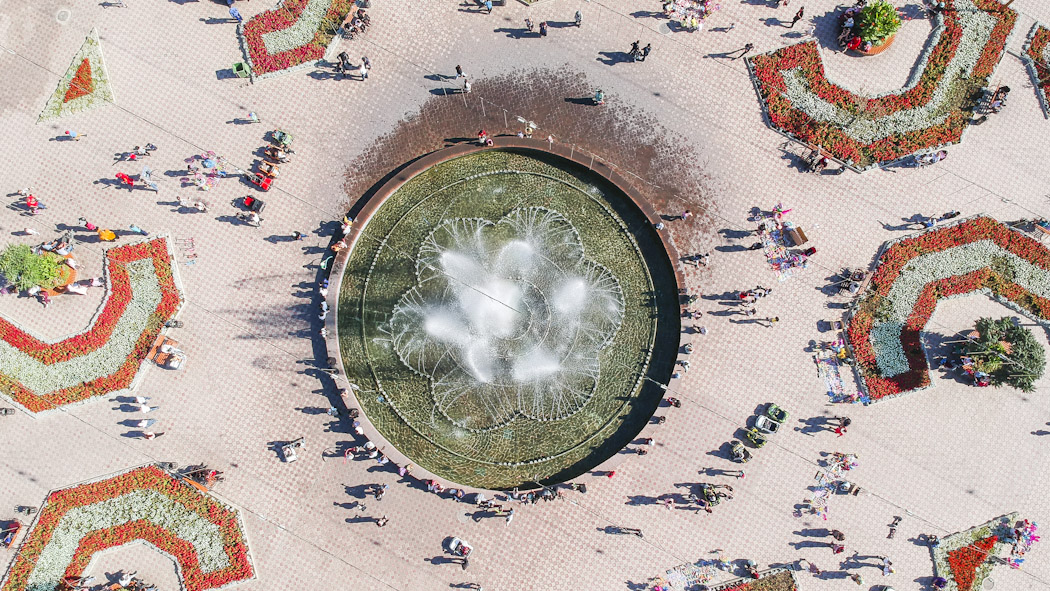 The Ala-Too is the main square in Bishkek and a lively meeting point for the locals. The fountains of the square star in a light and sound show that takes place on summer nights. 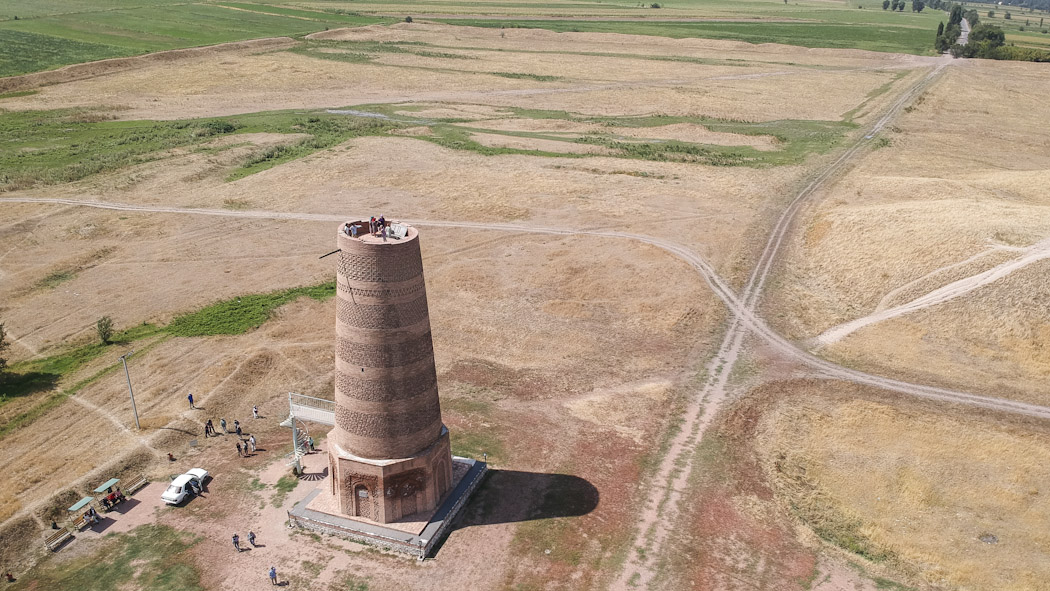 The Burana Tower is a large minaret that once used to be forty-five metres high. Several earthquakes throughout the centuries have made parts of the tower collapse, and nowadays all that is left is twenty-five metres, which is still an impressive view. The Burana tower is situated near the town of Tokmok, hardly 80 kilometres away from Bishkek.

The mountain with the Buddha, Issyk-Kul 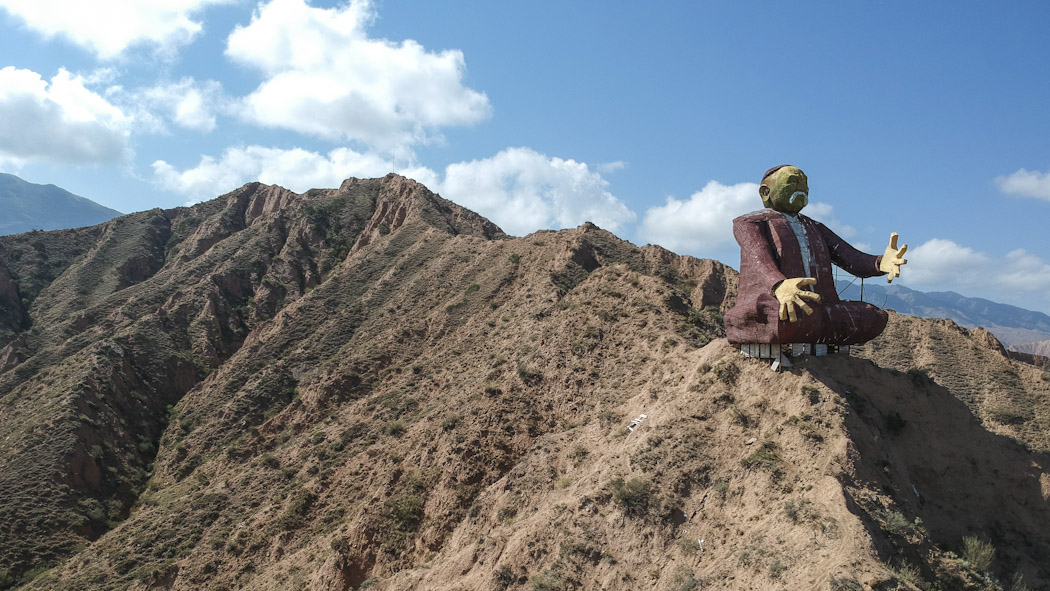 Opposite the mountain with the Buddha there is Aalam-Ordo, an abandoned resort, with hundreds of yurts encircled by a huge, painted mural. The plan for such a great complex was to receive wise elders and youngsters for around two to three months of the year, during which time they would exchange ideas in intellectual discussions. This was the basis of what should have become a unique centre of science and spirituality in Kyrgyzstan. The plan has been abandoned and so has the complex. 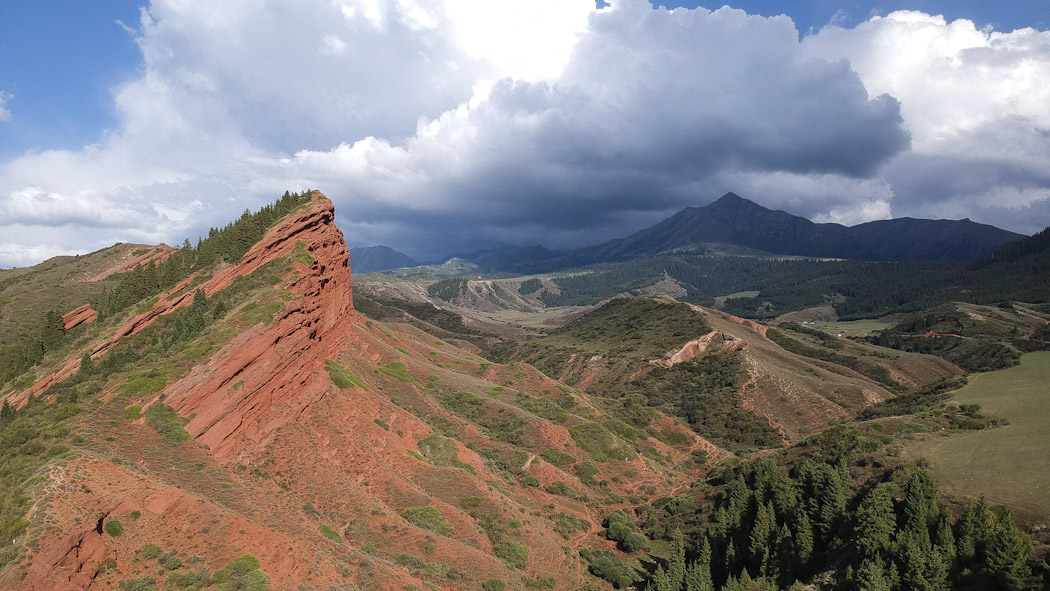 On the southern margin of the Issyk-Kul lake, the small settlement of Jeti-Ögüz attracts a handful of tourists per day. This is because of the red sandstone rock formations in the area, the most famous of which is the Seven Bulls. Take enough time to search the Broken Heart, it competes with the Seven Bulls in beauty. 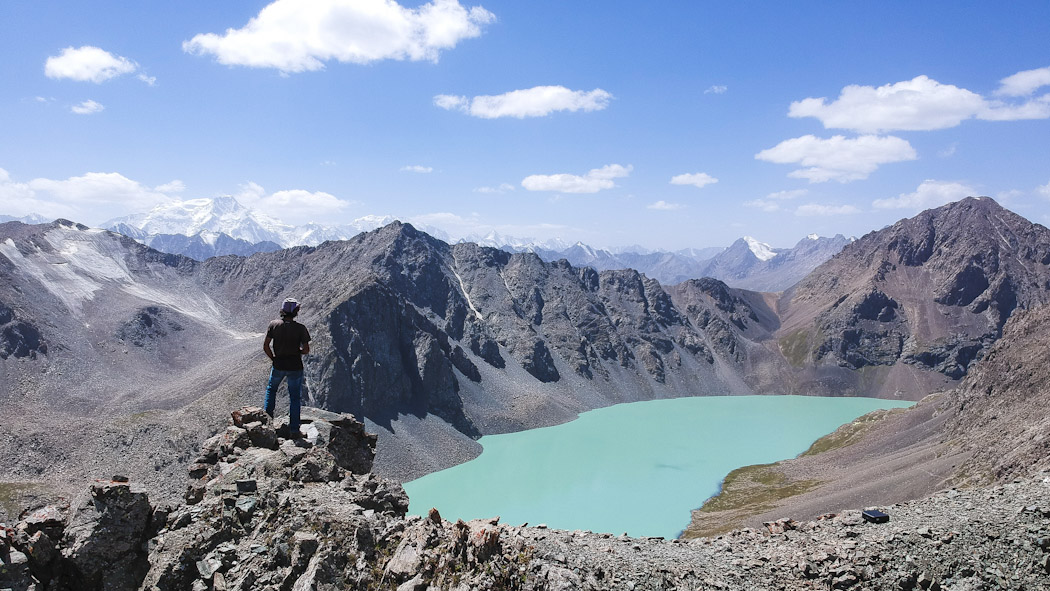 The Ala-Kul Lake is situated at an altitude of 3,860 metres. You reach it on foot from Altyn-Arashan, where you can find a horse to ride part of the trek. The last 500 metres need to be done on foot, because the path is very steep. Once above, the views over the glacier and the mountain range of Tian-Shan are amazing. 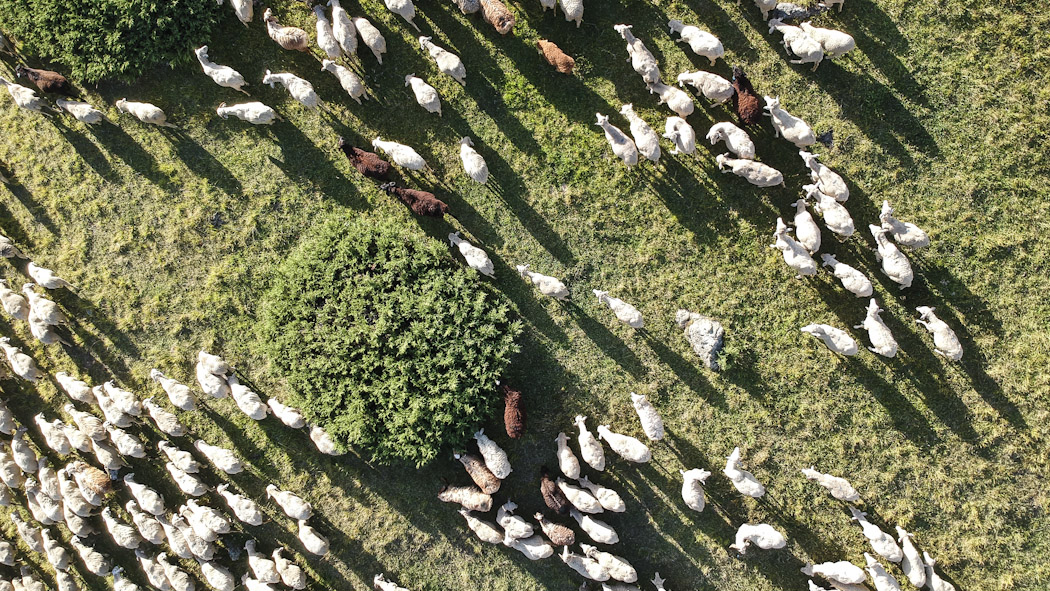 Leaving Karakol to a jailoo in Altyn-Arashan, passing through the tiny village of Ak-Suu and then deep into the valley along the way, one comes across many flocks of sheep and goats. 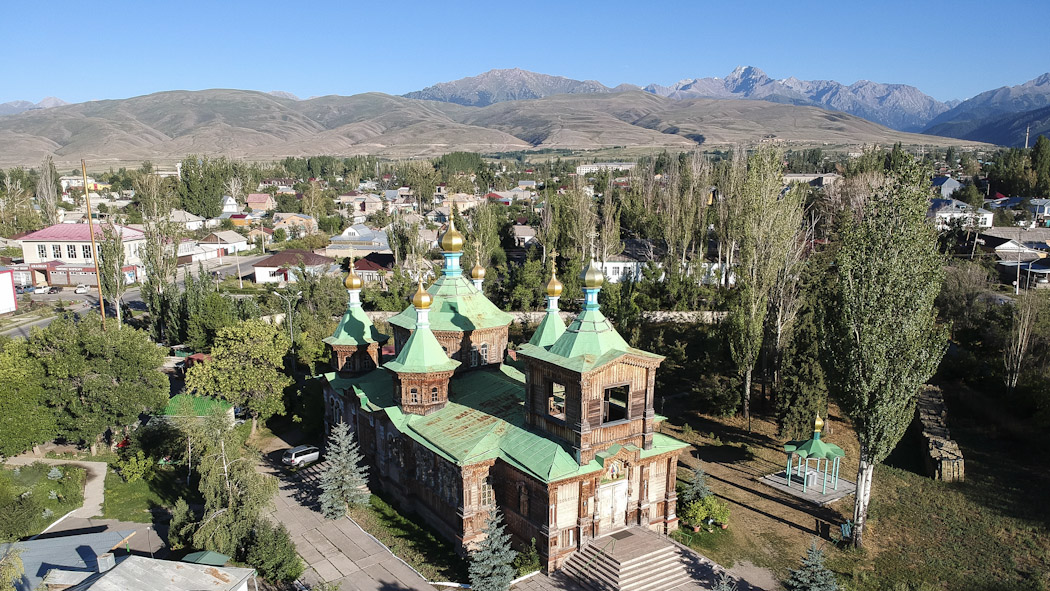 There are a few orthodox buildings in Kyrgyzstan and the Holy Trinity Orthodox Cathedral in Karakol is probably the finest example of wooden architecture in Kyrgyzstan. 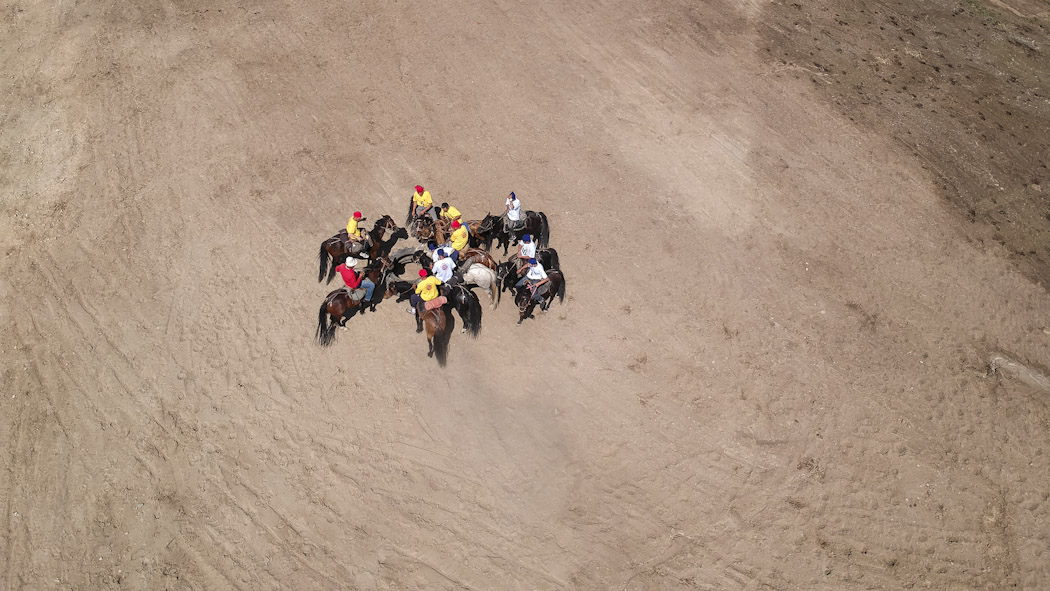 Kok-Boru is an old nomadic game. In former times the players used the carcass of wolves that they had caught attacking their sheep. Nowadays, they use the carcass of a sheep that they share afterwards in a meal. 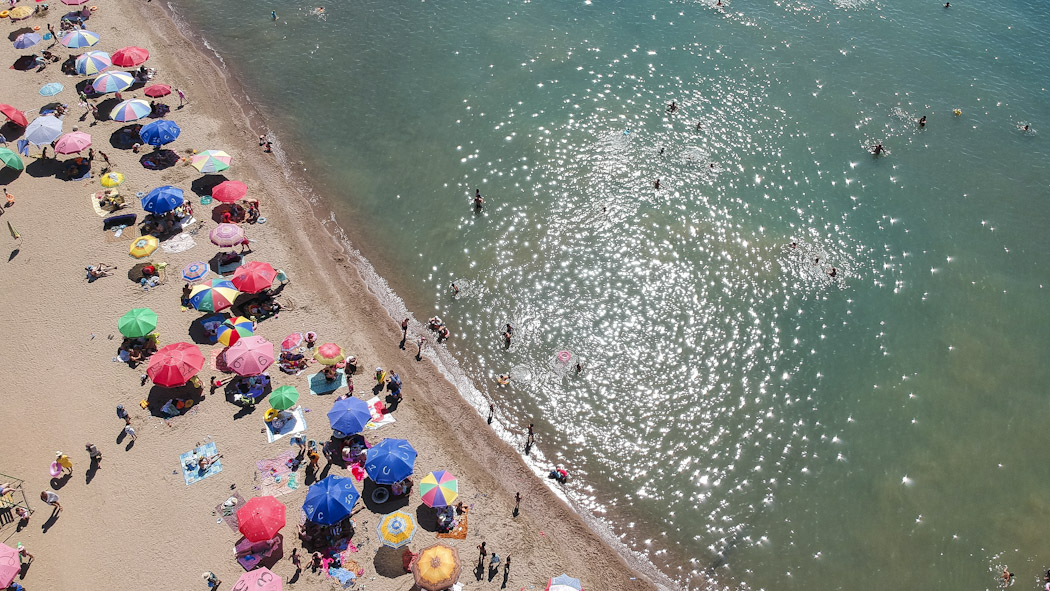 Beach life is certainly not the first association you’d have with the country, but it is quite present. In summer crowds of Kyrgyz hurry to the coast of Issyk-Kul in search of a beach holiday feel. Top end hotels have found their way there too, so there is accommodation for all budgets. 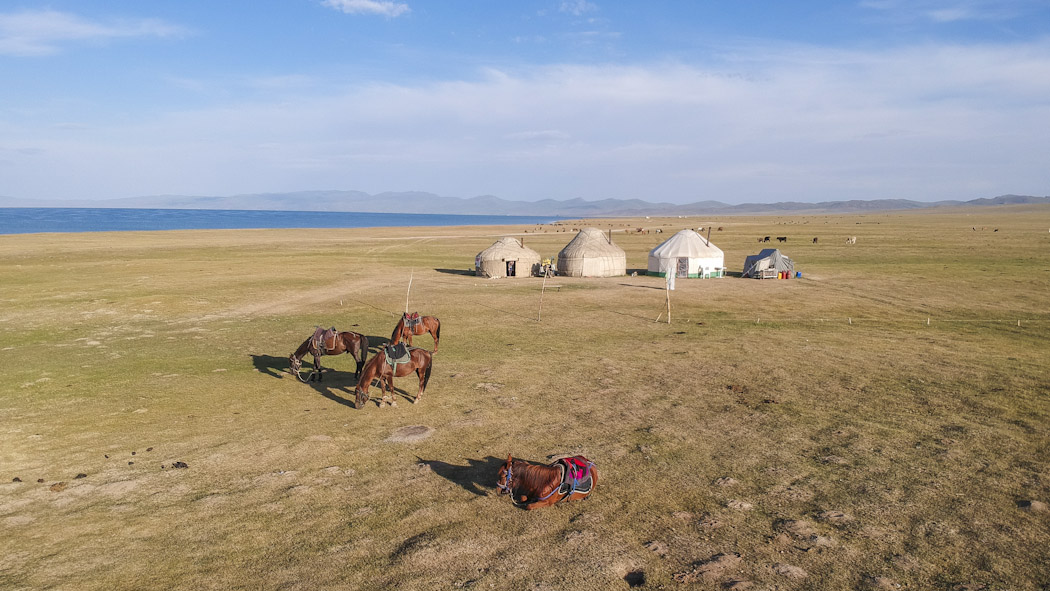 Song-Kul region includes the lake and many jailoos (summer pastures) around it, used during the seasonal livestock grazing; many herdsmen also take the chance to rent yurts as accommodation for travellers. 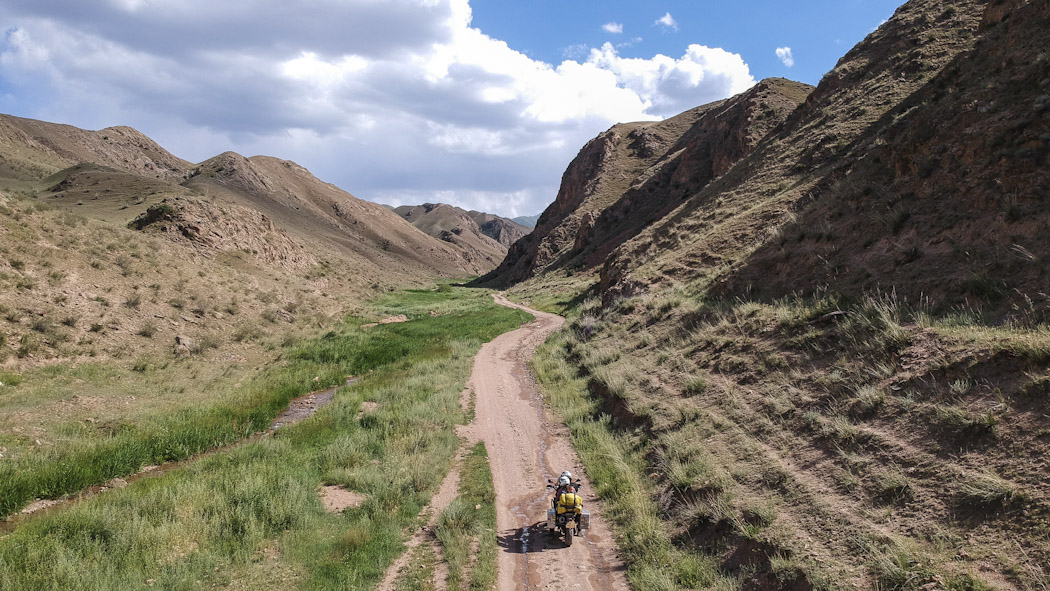 It is a hard drive to reach Song-Kul from the West side, it is preferable to take the good road from the East, from Naryn. 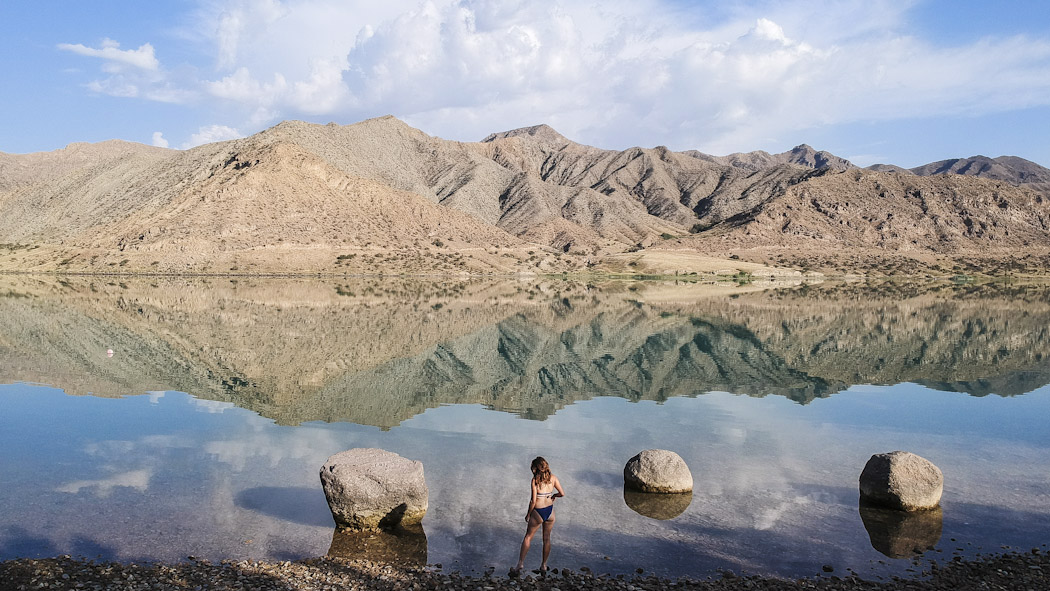 Life is a reflection of what we allow ourselves to see. For that reason we choose to see beautiful places and the positive side of things. Early morning at this artificial lake, near the Naryn dam, offered a lovely double view of the mountains. 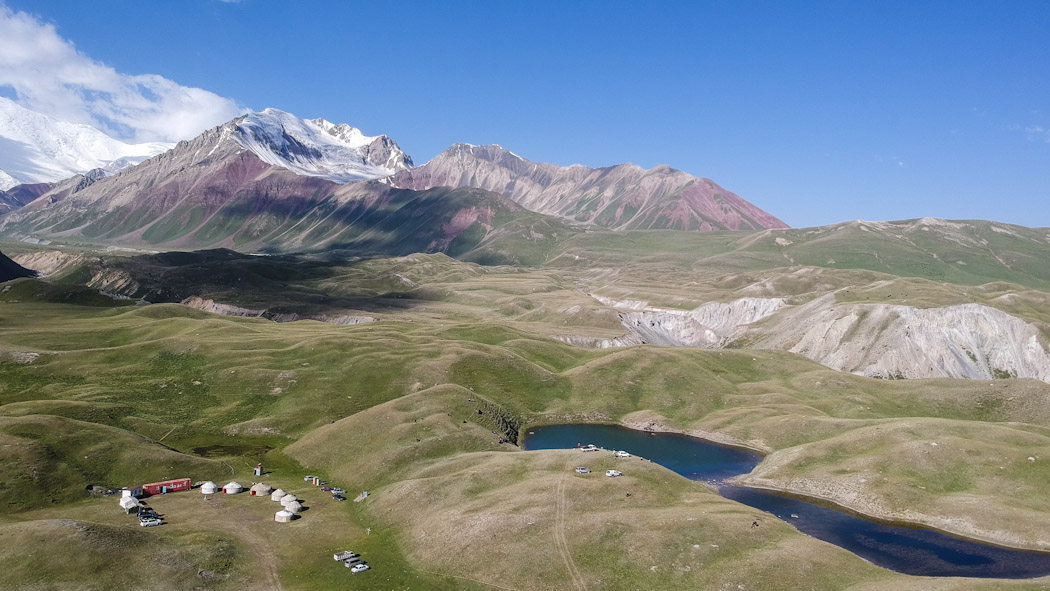 Camp site in Tulpar Kul, only one hour away from Lenin Peak’s base camp. This was the magnificent stage for one of the many horse-sport festivals that we attended. Lenin Peak, in the Pamir-Alai mountains, is 7,134 metres high.