From whale hunting to whale watching in the Azores

There are many reasons why tourists are heading to the Azores, and no one can deny that one of them is the opportunity to go whale watching throughout the archipelago. Besides the whales, there are other cetaceous that can be viewed off the shore, such as several species of dolphins. The reason why the Azores is one of the best places to spot whales is because, besides being located on the migratory route of many species, the waters of the Azores are also home to the sperm whale that lives there year-round. At all, there are at least 28 different species of cetaceans the can be spotted around the islands.

How it is, there is no telling, but islanders seem to make the best whalemen.

The Azores has been closely bound to whales for several centuries, but not always in such a a positive and peaceful way, as is the case today. For centuries, whales were hunted by a population who had very little means to make a living out of other resources.

In order to understand more about the old whale hunting industry, we visited some of the whale museums in the Azores. The ones we went to, and can recommend a visit, are the following two:

Museu da Fábrica da Baleia do Boqueirão
This museum is located in an old whale factory, and it is very well presented, with several photos, films (L’empreinte du Harpon by Francis Lamolère), testimonials and tools. Information boards are both in Portuguese and English.

Museu da Indústria Baleeira
This museum is located in the old, restored boat houses, where whalers used to keep their boats. Again, this museum is very well presented, with photos, films, many tools and boards with information in Portuguese and English. There is also a collection of scrimshaw art in the first floor of the museum.

A short history of the whale hunting in the Azores

How was the whale hunting done in the Azores?

Why were whales hunted? 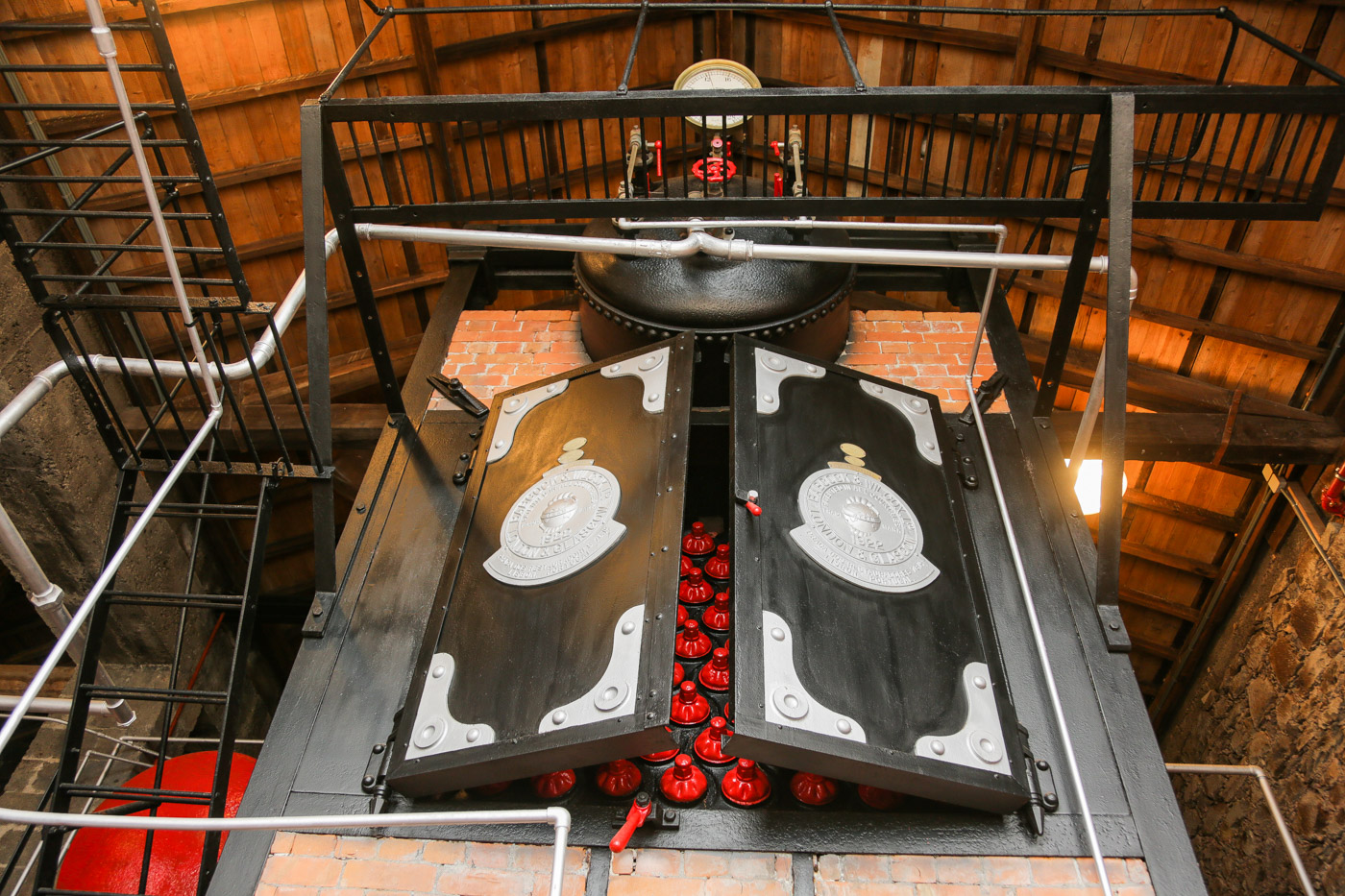 The whale museum in Flores is located inside the old whale factory. The building, together with the old machinery that is still there and is very well preserved, is the main axis of the museum. The equipment – which was once used in the transformation of blubber, meat and bones into oil and flour – is all there in its original place, giving us a good idea of what the factory looked like, and most important, giving a good idea of the importance of this industry in the island.

The sperm whale lives all year round in the seas surrounding the Azores. They move by using exclusively their caudal fin. Their normal speed is around 10 km/hour, but when escaping, their velocity can reach 40 km/hour. Their dives can last between 40 minutes (especially juveniles and females) to two hours (male adults). They usually dive to different depths, with females diving to depths between 300 to 600 metres (though they can reach 900 metres) and males diving deeper, to the 1,000 or 2,000 metres.

From Hunting to Whale Watching

The business has changed. Today, whales are not hunted to be killed. They are protected and important for the whale watching tourism. What remains there from the old activity?
- The knowledge. Azorean whalers have learnt for centuries about whales' behaviour and know how to spot them better than anyone else.
- The lookouts. The same men who were once spotting whales to hunt them, are there today doing the same job, from the same high lookouts, giving directions to the whale watching boats.
- The factories. Most of the whale factories have been converted into museums and offer plenty of information about the whale hunt of former years, as well as information about cetaceans.
- The boats. Many villages have kept the old boats and use them on special occasions, such as popular festivities, where they compete in regattas.

If you are planning to visit Flores Island in the Azores, you should not miss our articles below:

Going to the other islands in the Azores? Don’t miss these articles: