Let me guess: You are planning a visit to the Azores and you are including a quick one-day tour of the island of Corvo from the island of Flores. Did I guess it right? That’s because that plan is the plan of the majority of people who visit Corvo. It is not a bad plan, but If you can spare yourself an extra day, do it, in order to spend at least one night in Corvo.

There are many reasons why you should stay overnight and the most compelling one is: if you don’t stay overnight, you will not be able to see Corvo’s caldera at sunset or sunrise! If this is enough reason to convince you, all the other reasons will come as an extra bonus! 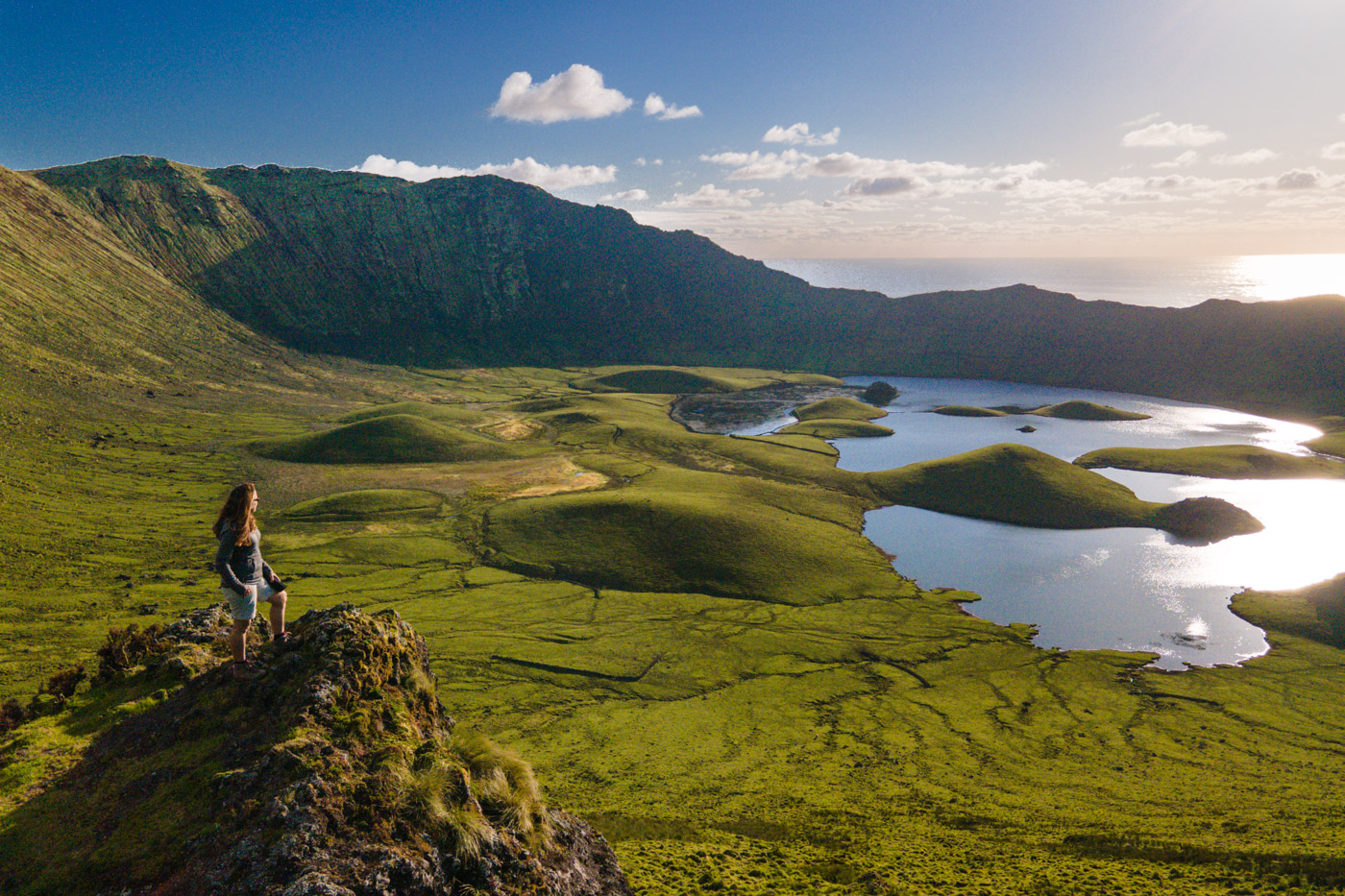 You wouldn’t want to miss these colours, would you? And, as an extra bonus, as I said above, most people come for the day, and the boat to Flores leaves the island around 17h00, so after that time you can have the caldera (and the island) for yourself!

If you would love to stay longer, but think there’s not enough to keep you busy in that time, have a look at our list below, it may help you change your mind. Corvo deserves it and you deserve it too! Enjoy!

1. Take a boat trip to Corvo from Flores 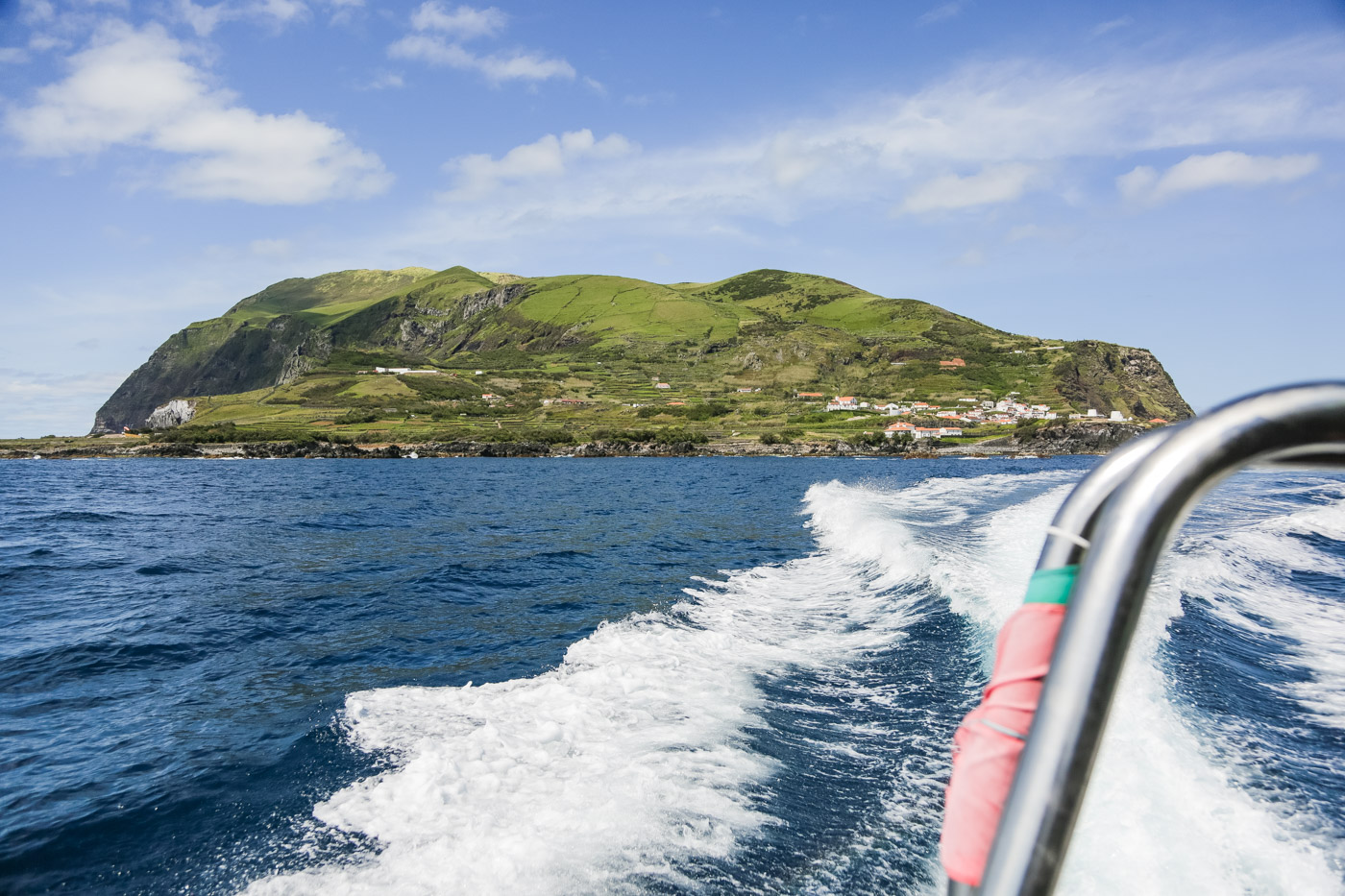 The easiest (and funniest) way to reach Corvo is by taking a boat trip from Flores. We read that a ferry makes the connection between the islands during the summer months. We were there in May (during Covid era) and there was still no ferry operating. No problem, we took a private boat, which is actually a big zodiac, which not only took us to the island but also did a tour of the northern coast of Flores.

2. Walk up to the Corvo Caldera 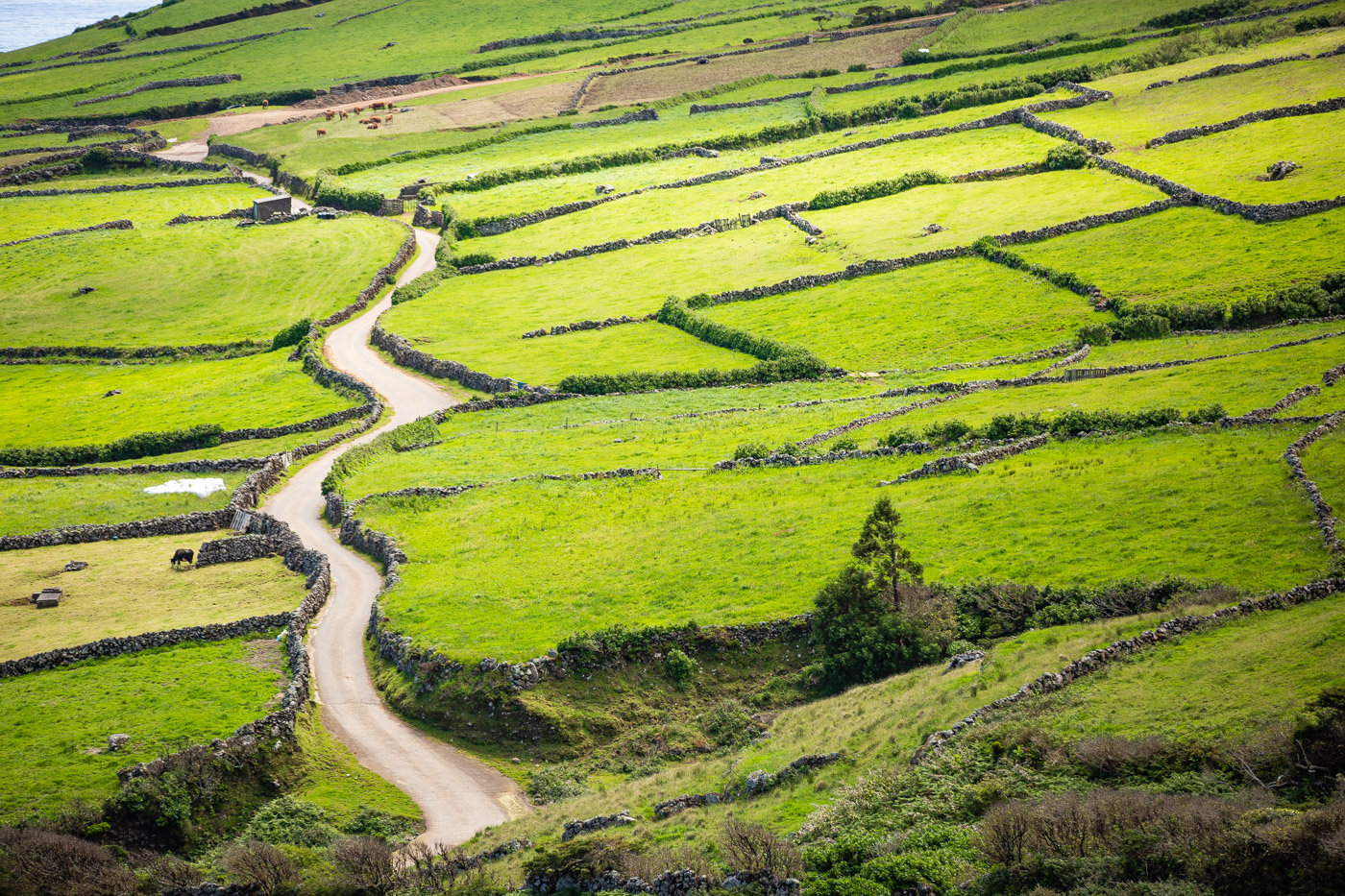 3. Go to the Caldera at sunset 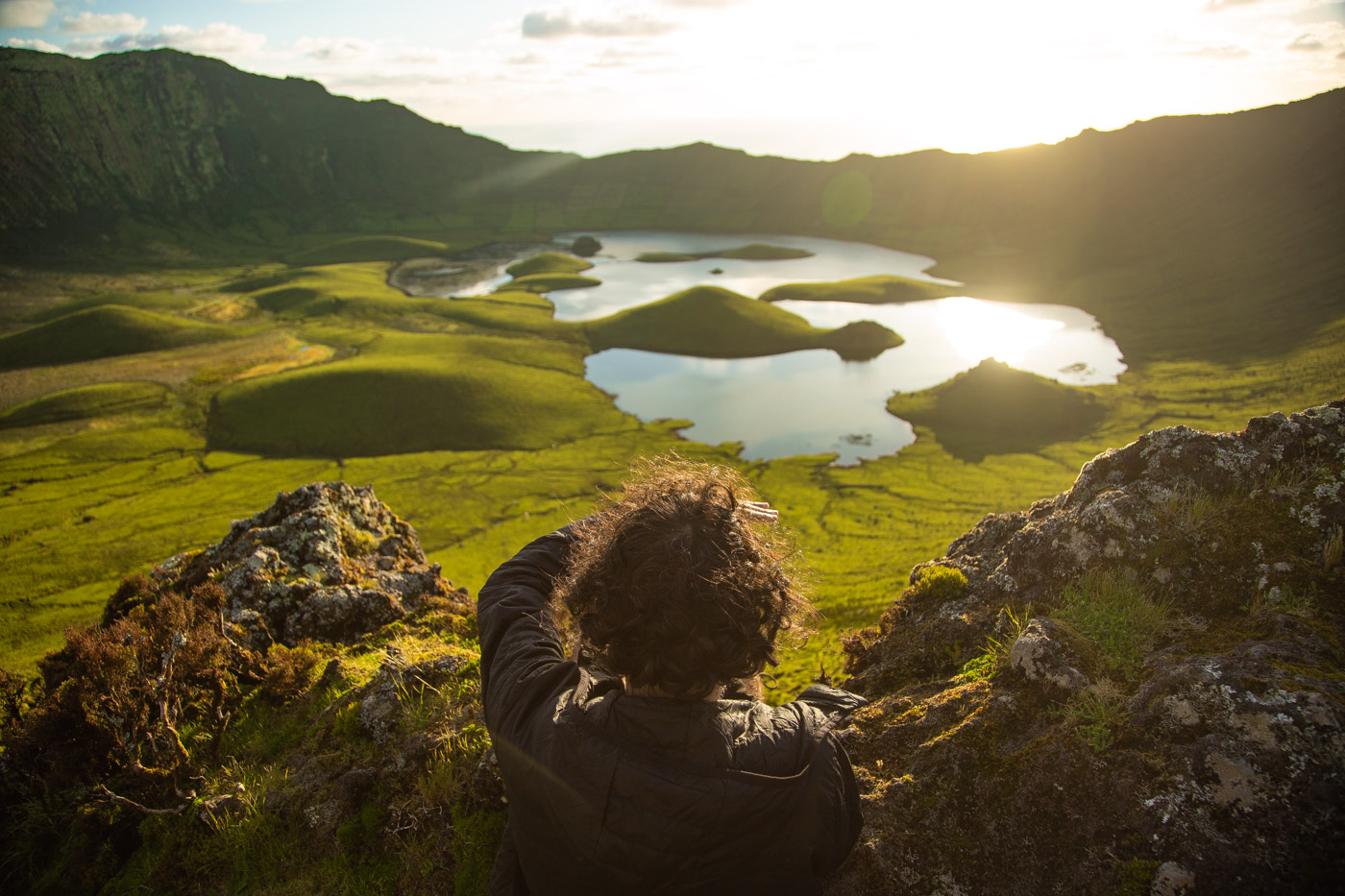 This will only be possible if you overnight in Corvo. If you planned to return to Flores on the same day, you will have to be at the small harbour of Corvo in the mid-afternoon, much before sunset, for the journey back. When we arrived in Corvo, we didn’t go straight up to the Caldera, but for 5 EUR you can go there as soon as you arrive for a first glimpse of the crater, with day light. Later, you can also return to the crater by van or just by walking all the way there. we found the hike very beautiful, with all the hydrangeas along the path. 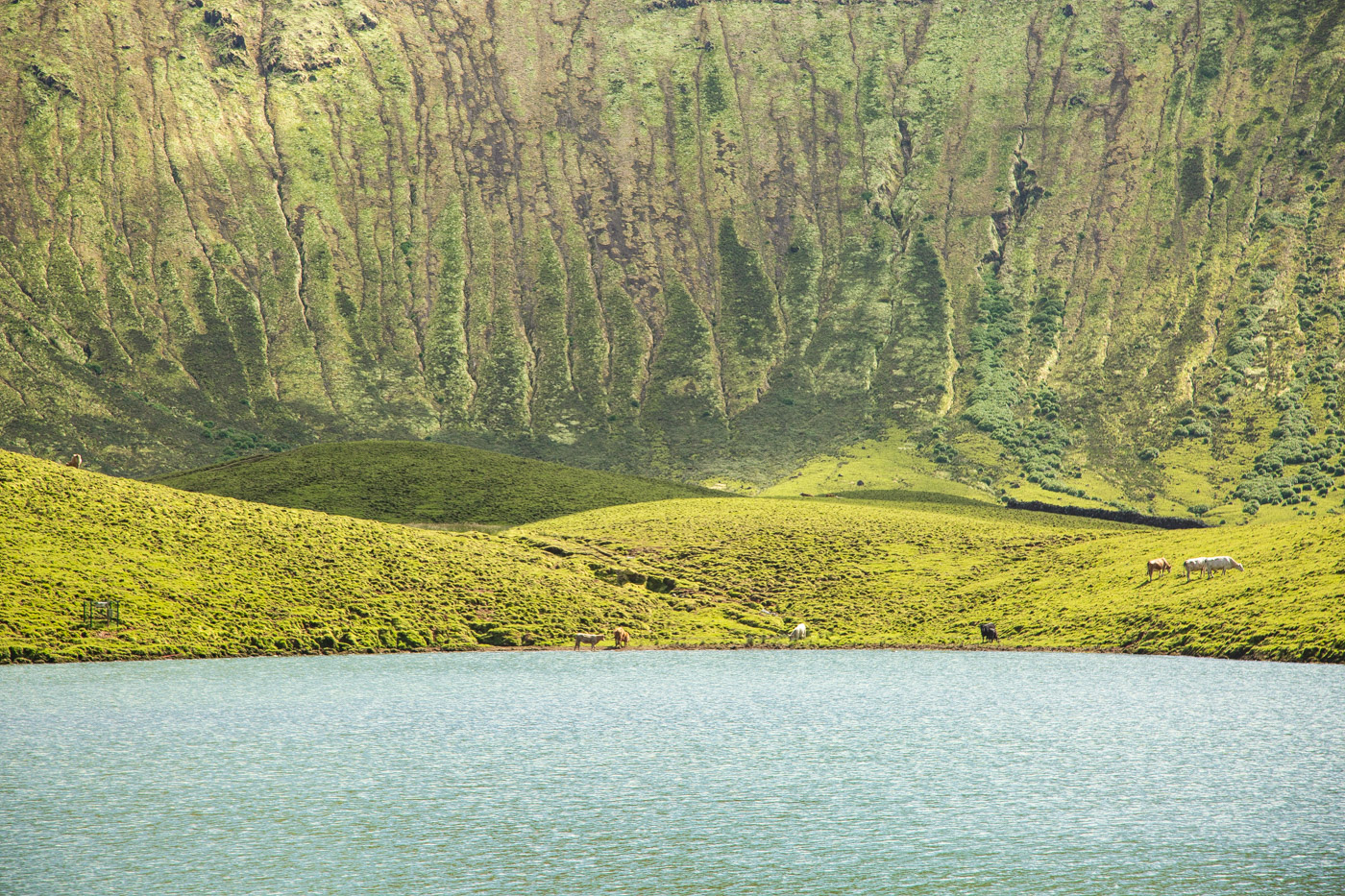 Views inside the caldera are at least as impressive as the views from the top of it, that you get as soon as you arrive at the caldera. We walked up to the caldera way after lunch, then after a break at the top, we started our descent into the caldera. The vegetation inside the crater is very different from the rest of the island. The ground there is covered in moss (Sphagnum sp.), a species that retains a lot of water, making the inside of the crater a very humid environment, hence its bright green colours.

5. Descend from the caldera to the village through the Cara do Indio trail (PR01) 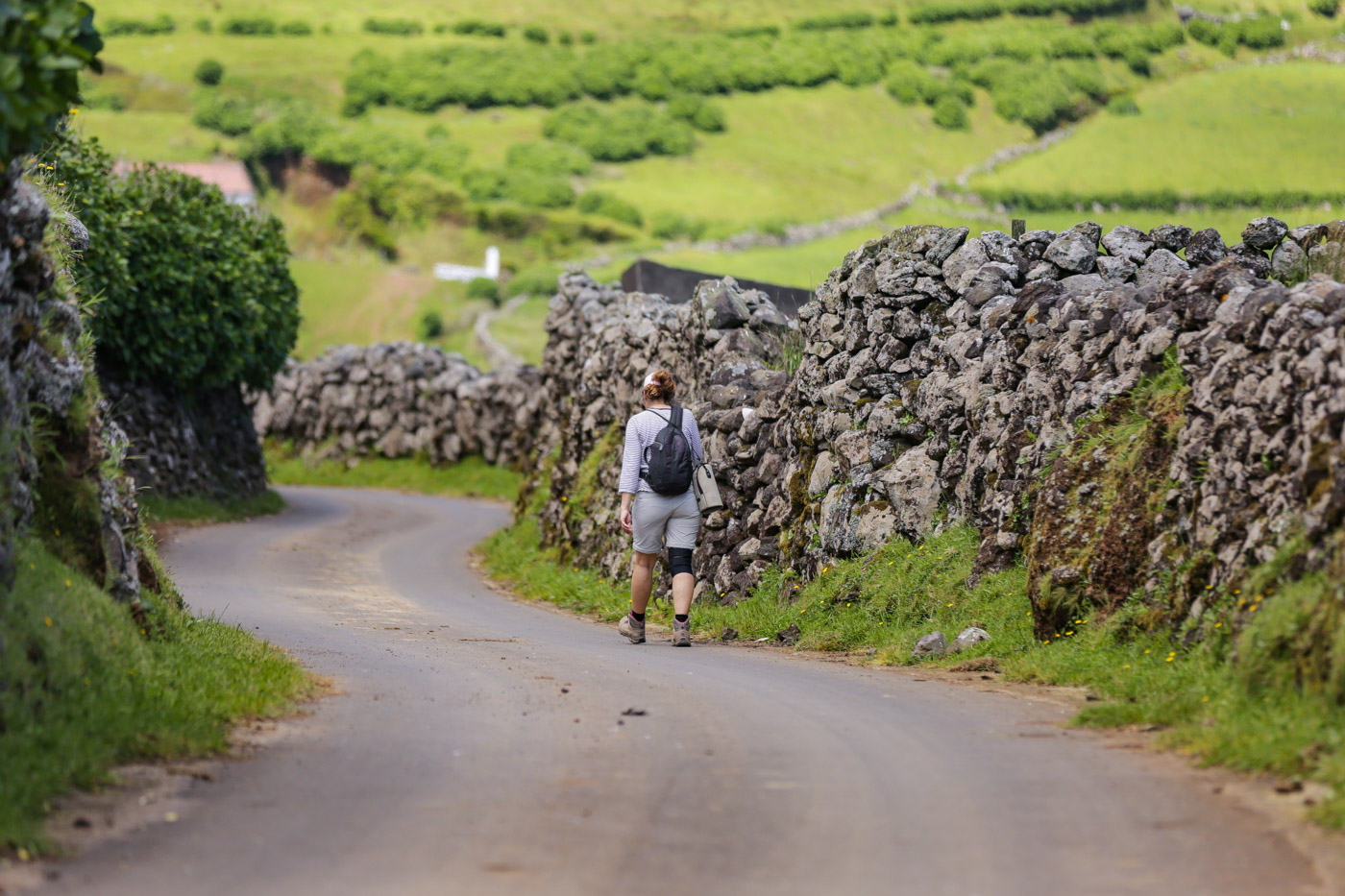 You can either follow the road that goes down to the village (which is actually very quiet too, considering there are not so many cars on the island), or you can follow the trail that takes to the coast, a bit above the camping site. The trail is called ‘A cara do Indío’ (The Indian face) because of a rock that resembles an Indian’s profile.

6. Talk to the Corvinos along the way 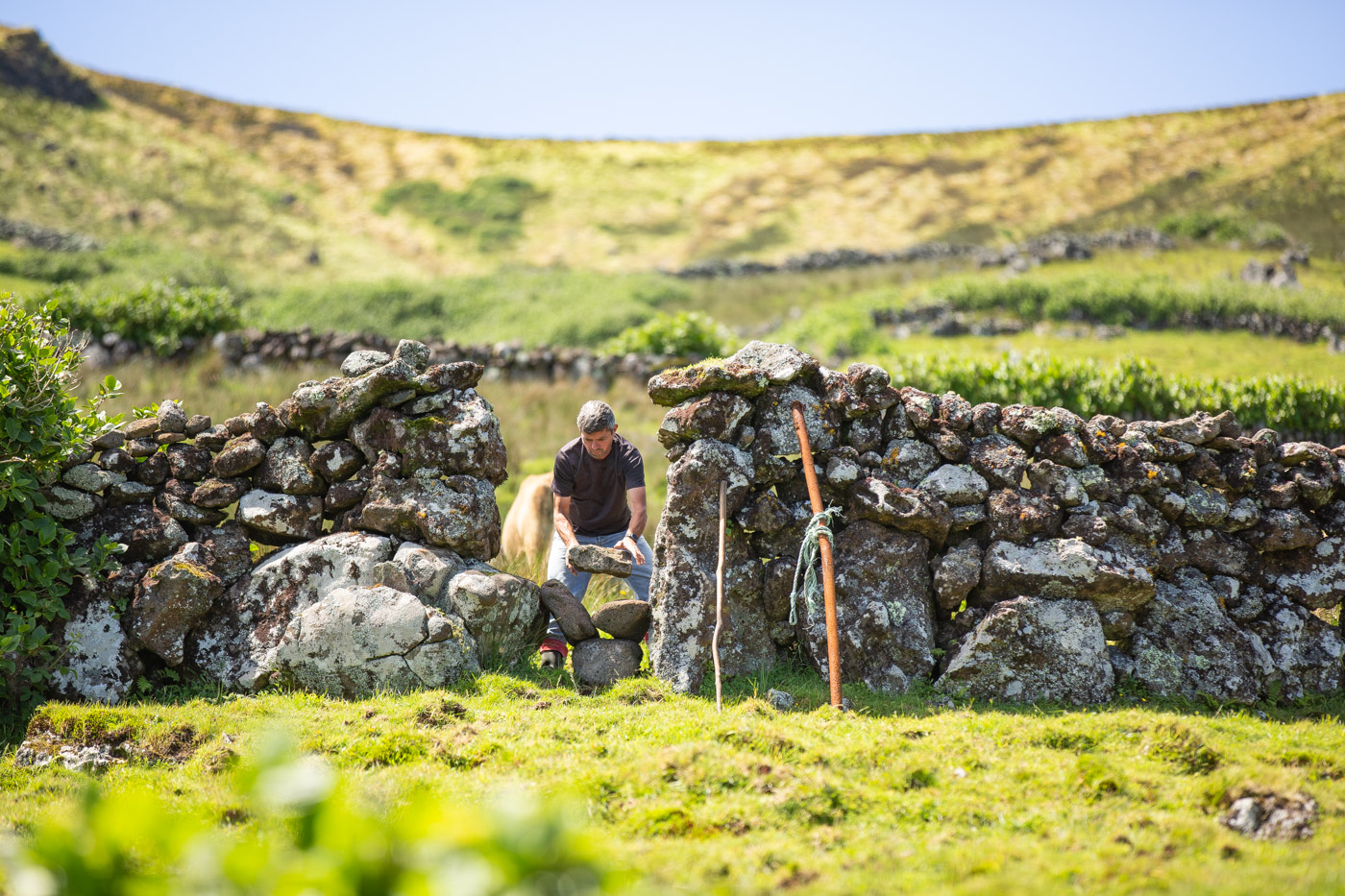 The tiny island of Corvo only has around 400 inhabitants (called Corvinos). This means that, however hard you may try, you will never go unnoticed on the island. Everyone knows exactly you are a foreigner, probably know where you are sleeping and where you are having dinner – that’s because there are limited choices, no worries, nothing to do with Big Brother watching you. Locals are very friendly and will gladly chat, if you speak Portuguese. Take the chance to learn as much about cattle, as possible, they will be happy to answer all your questions. 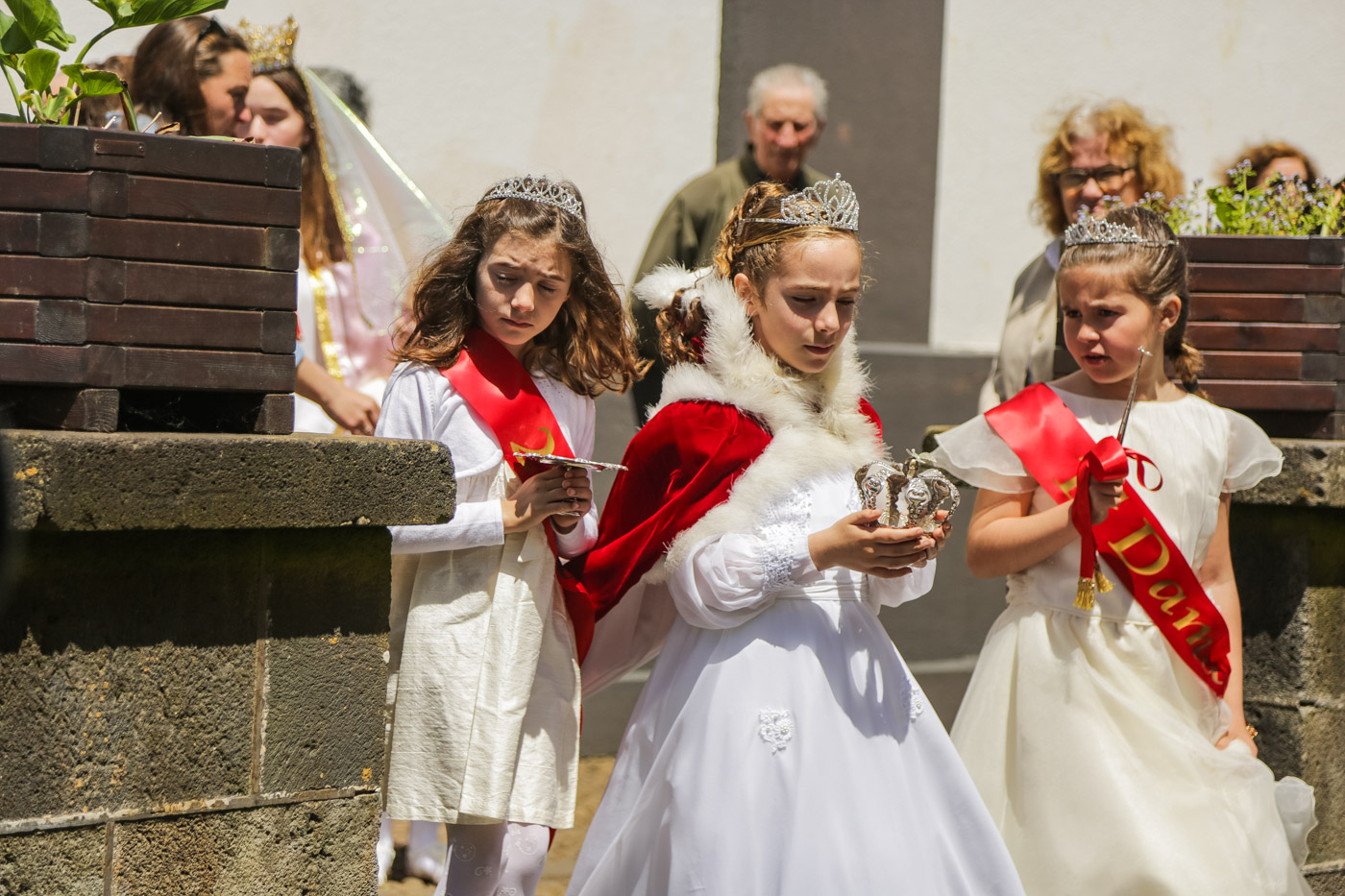 Without having planned our trip to be in Corvo during the Holy Spirit celebrations, that’s just what happened. Our luck! Specially because, in Covid times, Corvo was the only island that celebrated it. Check which other islands celebrate this festivity and when, and you may get lucky to experience such an authentic popular celebration. 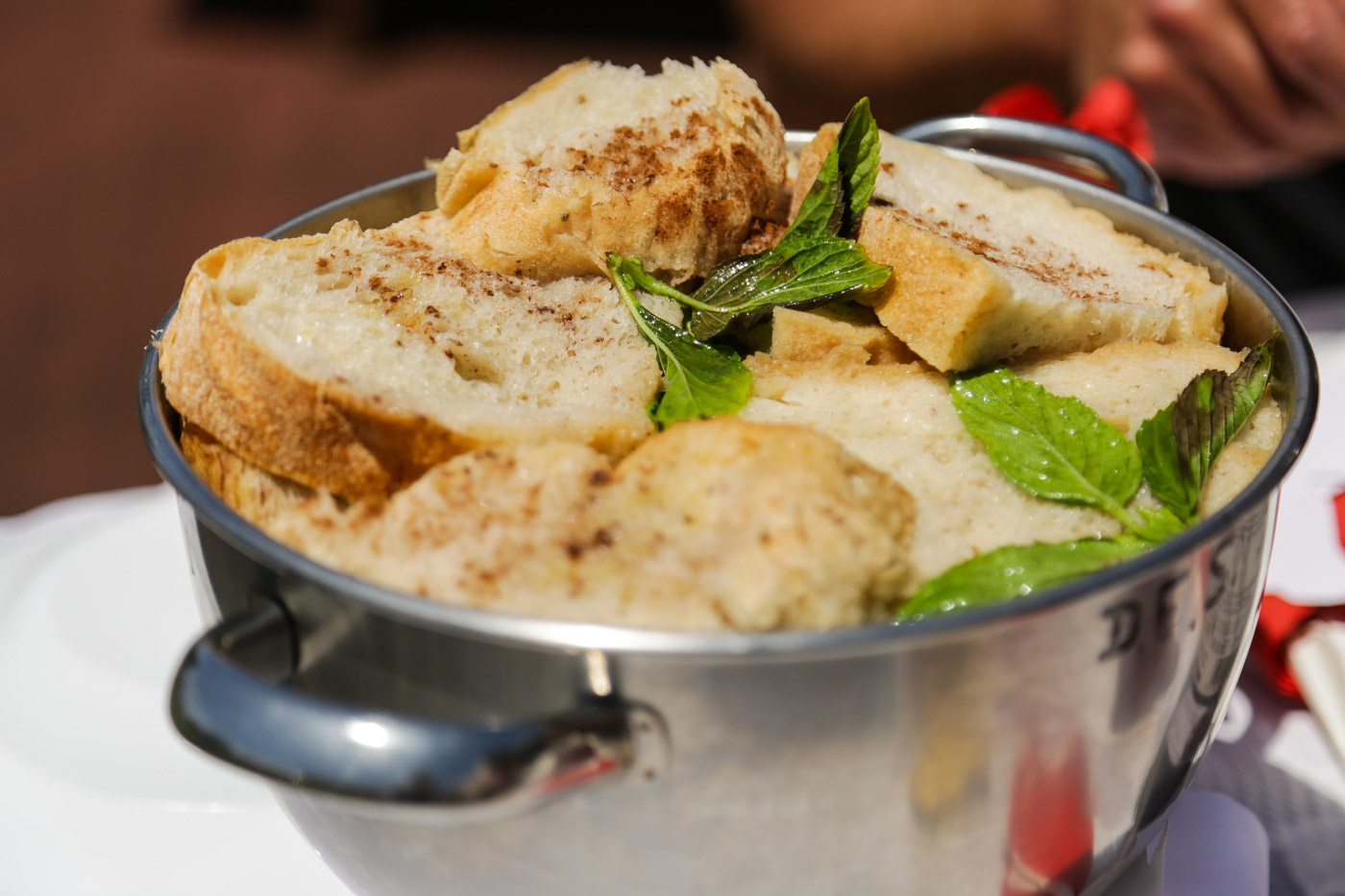 We heard that this dish is part of all of the Holy Spirit celebrations throughout the Azores. Each year, the ingredients to make the soup (a lot of beef, bread and mint) are offered by someone from the village, and the idea behind this is that the offer will be shared by everyone, in a big lunch meal, that cooks during an entire day and night. The result is delicious!

9. Visit the village of Corvo

The inhabitants of Corvo know how to take care of their tiny village. Vila do Corvo is the smallest in the Azores. Despite its size, there is a small aerodrome that connects the island with the other islands of the archipelago. Its name ‘Corvo’ means crow, and, surprisingly (or not) you will not see crows on the island. That’s because its name referred to the ‘marine crows’ (possibly the American fish crows), which are now extinct in the Azores.

10. Visit the Time House (The Eco Museum of Corvo) 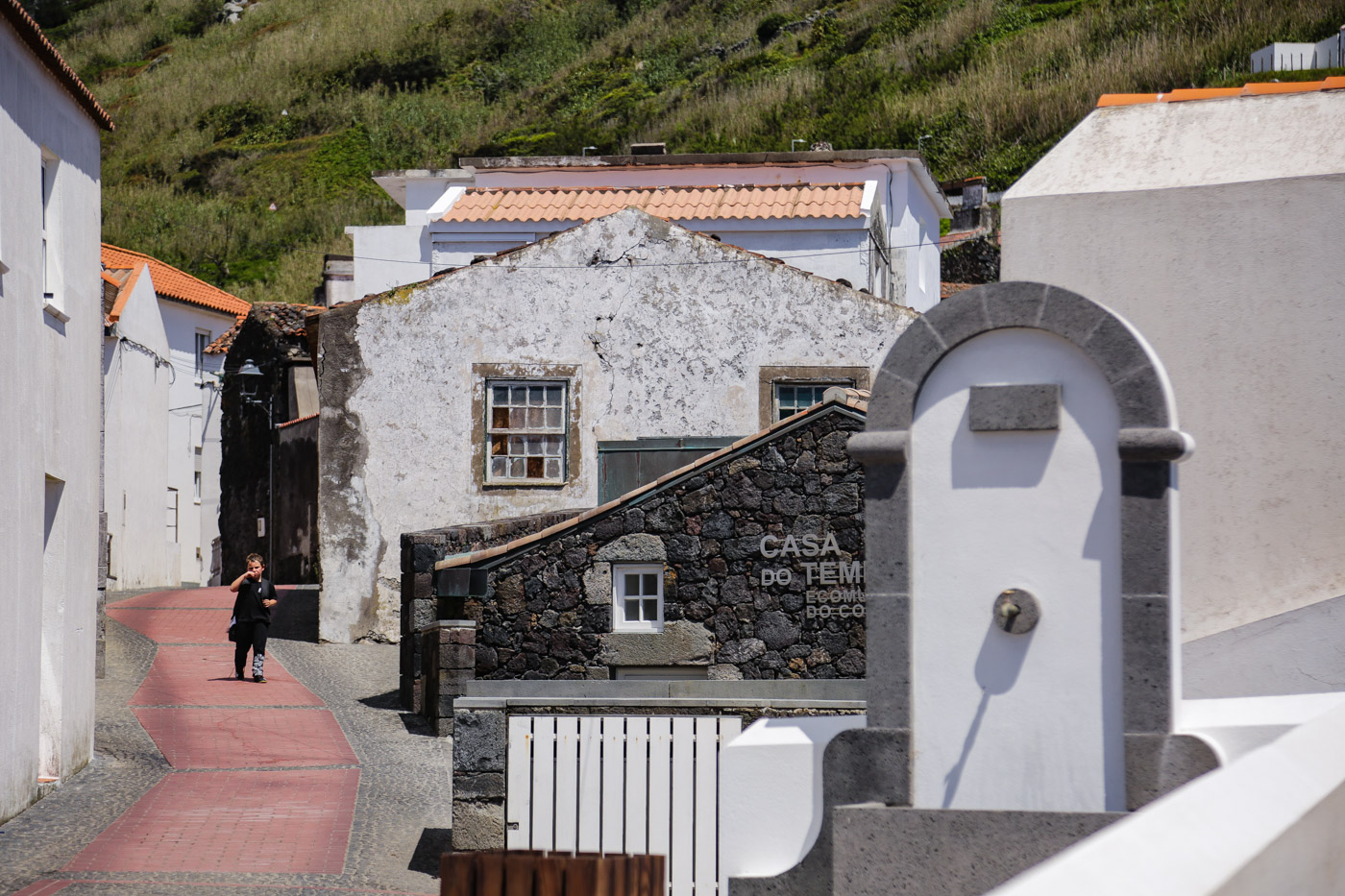 Located in an old stone house in the heart of the village, the purpose of the museum is to preserve, value and share the Corvino heritage, in all its shapes – cultural, natural, human and environmental – in order to achieve a sustainable local development. 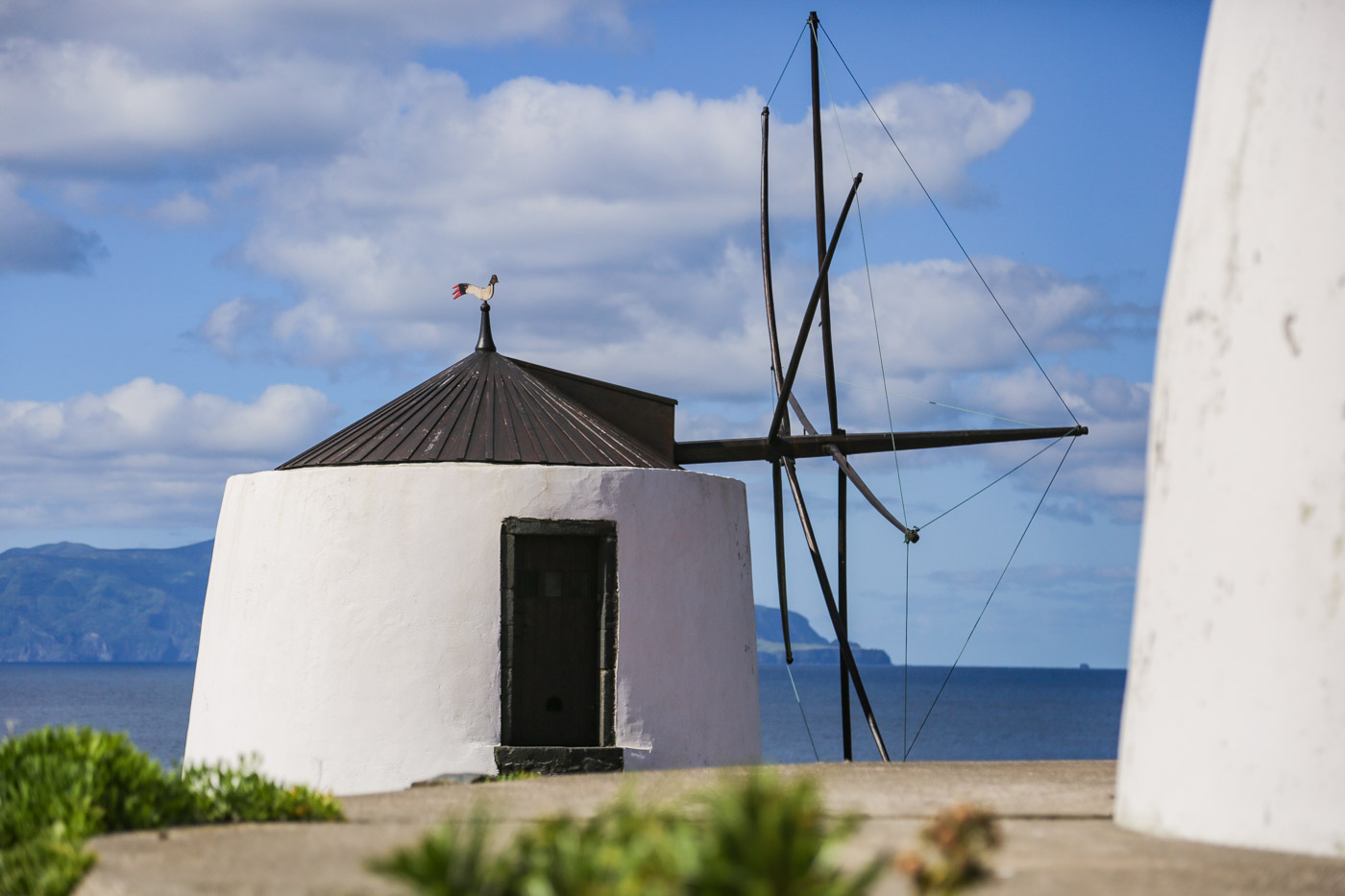 There are a few mills left, and they have been beautifully restored. They are located next to the aerodrome, so you can’t miss them. You will notice that locals come to this area to have their daily walks, because the road around the aerodrome is the only flat road they have.

12. Set up camp in the campsite near the aerodrome 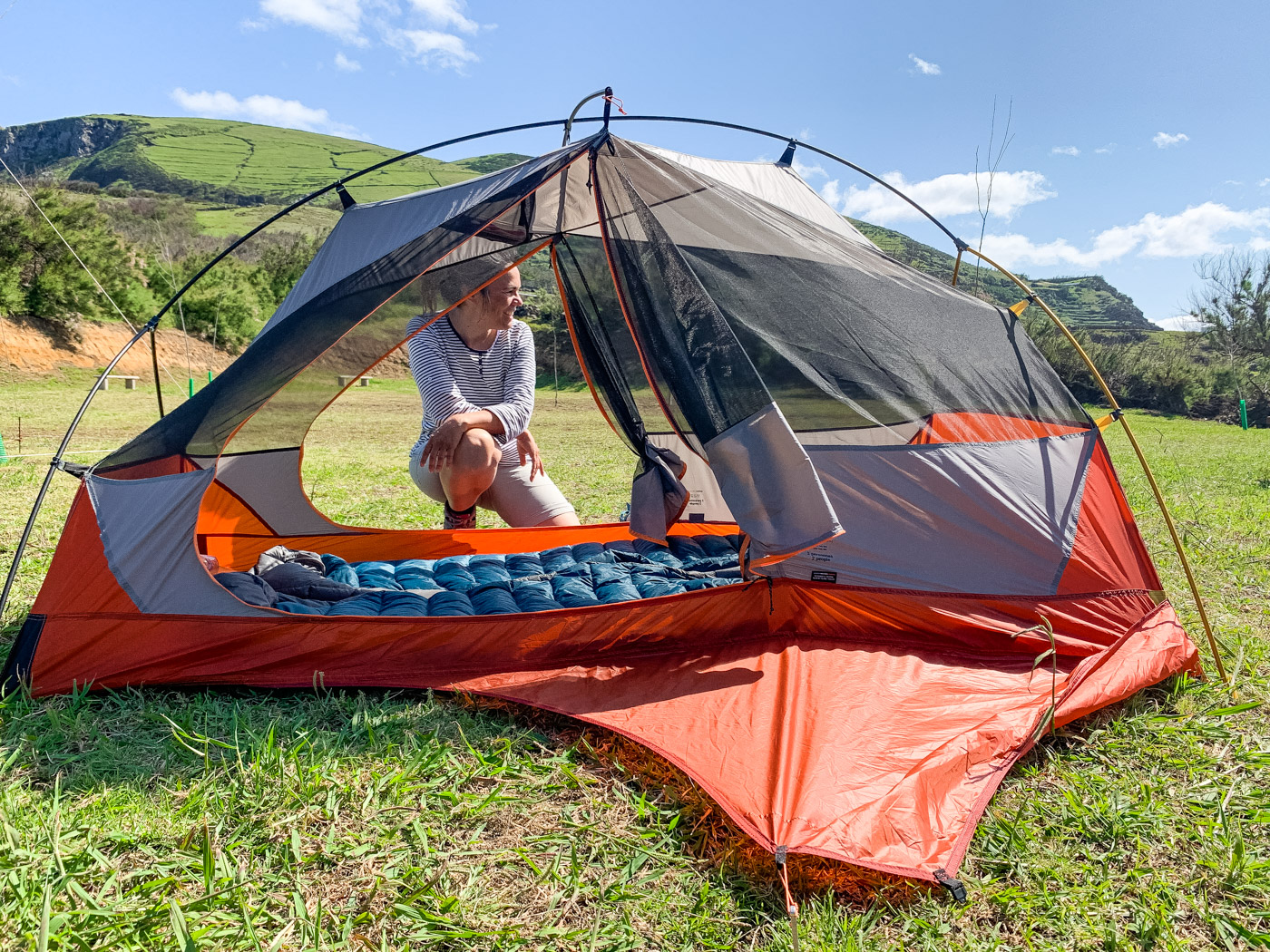 There are few places to stay overnight in Corvo, so before planning your trip, make sure you have a place to stay. Accommodation is local, which is like saying, you can’t be better received anywhere else. Alternatively, if you have the camping gear with you, you can also use the camping site, which has excellent facilities, and is for free. We fell asleep to the sound of the ocean waves, and looked forward to seeing a plane landing in the morning, but it was weekend, so no planes.

13. Get to know Almeidinha, the pirate 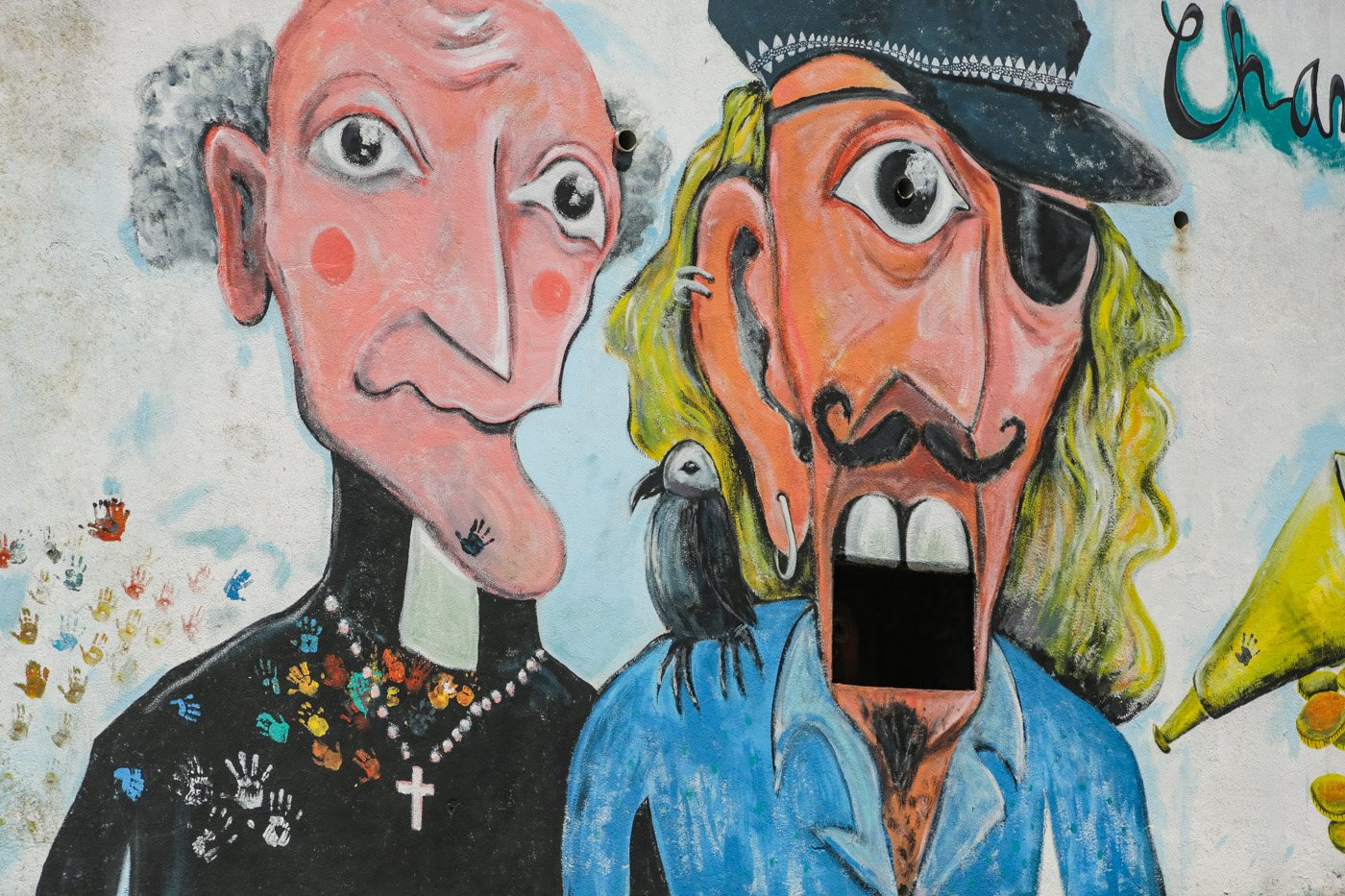 Almeidinha was a famous and heroic Portuguese-born American privateer and corsaire. The legend says that on his sea crossings, he stopped at the Azores to stock on food and water. In one of those occasions he made friends with the priest João Inácio Lopes, known as the ‘Padre Queixudo’ (because of his Hapsburg jaw). The Corvinos had a special like for him because he paid generously for the stock he bought and protected the island from corsaires. The regional government did not like of his friendship with the priest and punished the priest. When Almeidinha got to know about it, he offered the priest a large amount of gold for his pains, which the priest converted into jewellery for Our Lady of Miracles, patron of the island. 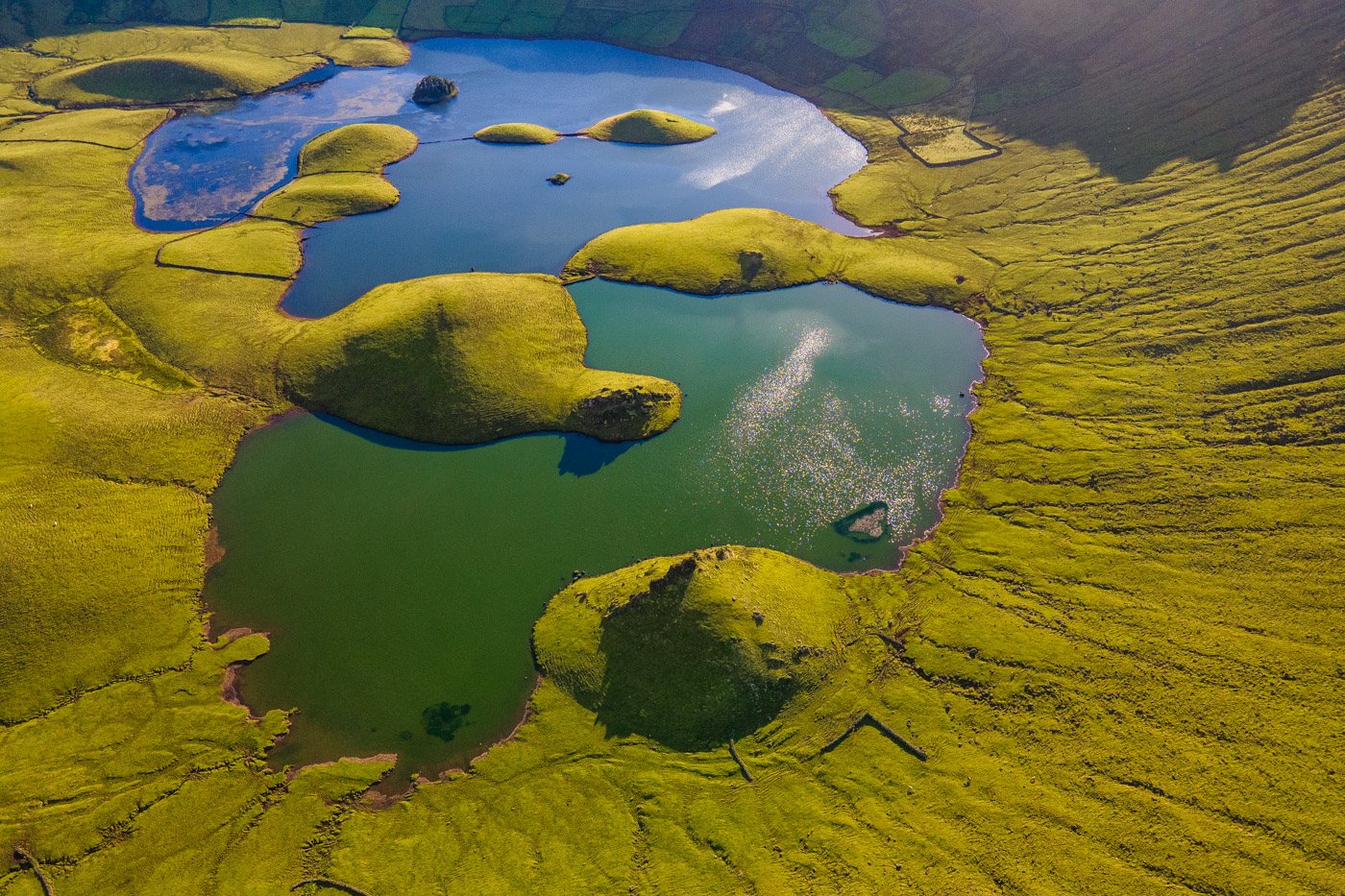 If you are planning to visit Corvo Island in the Azores, you should not miss our articles below: