24 places to visit in Cuba 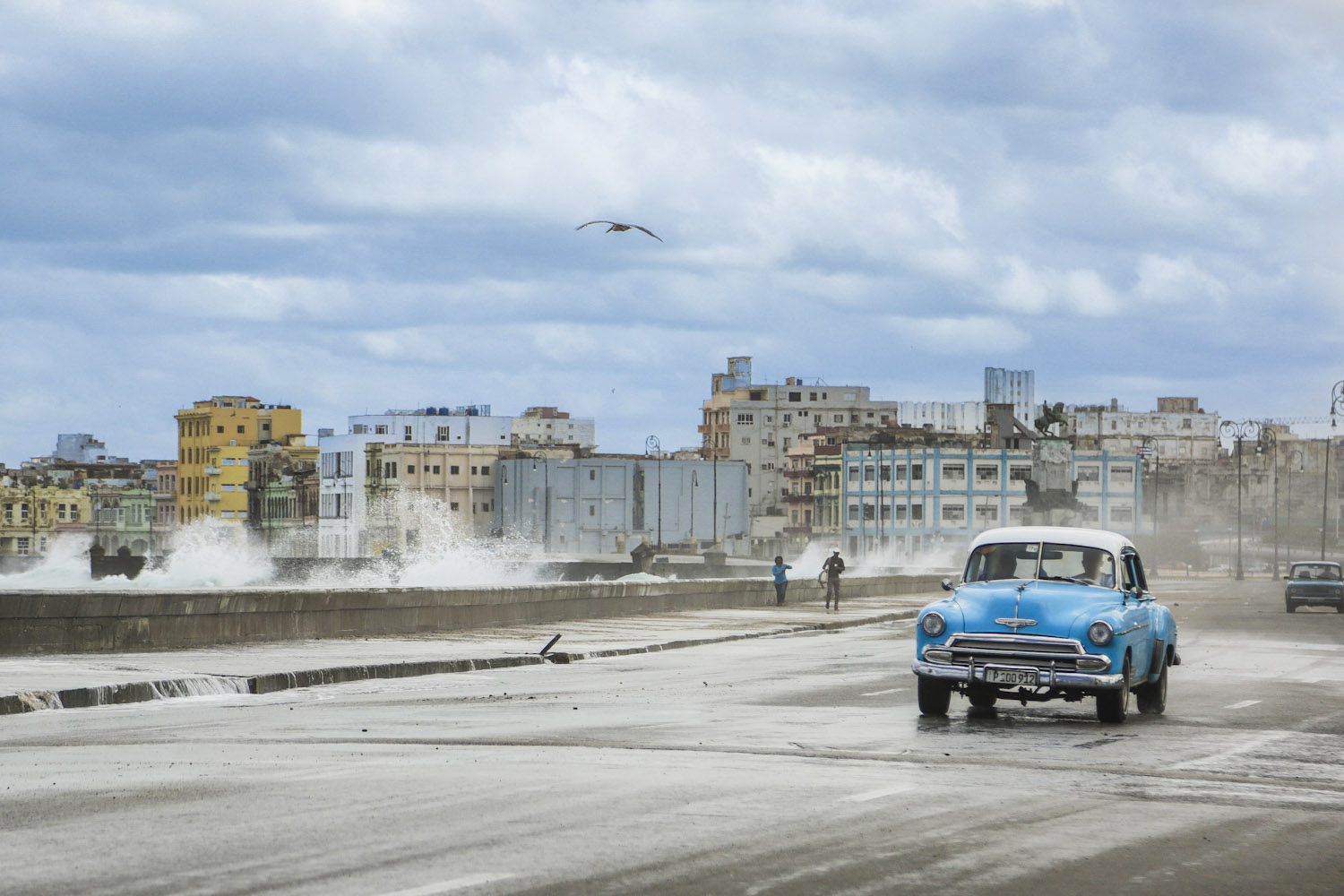 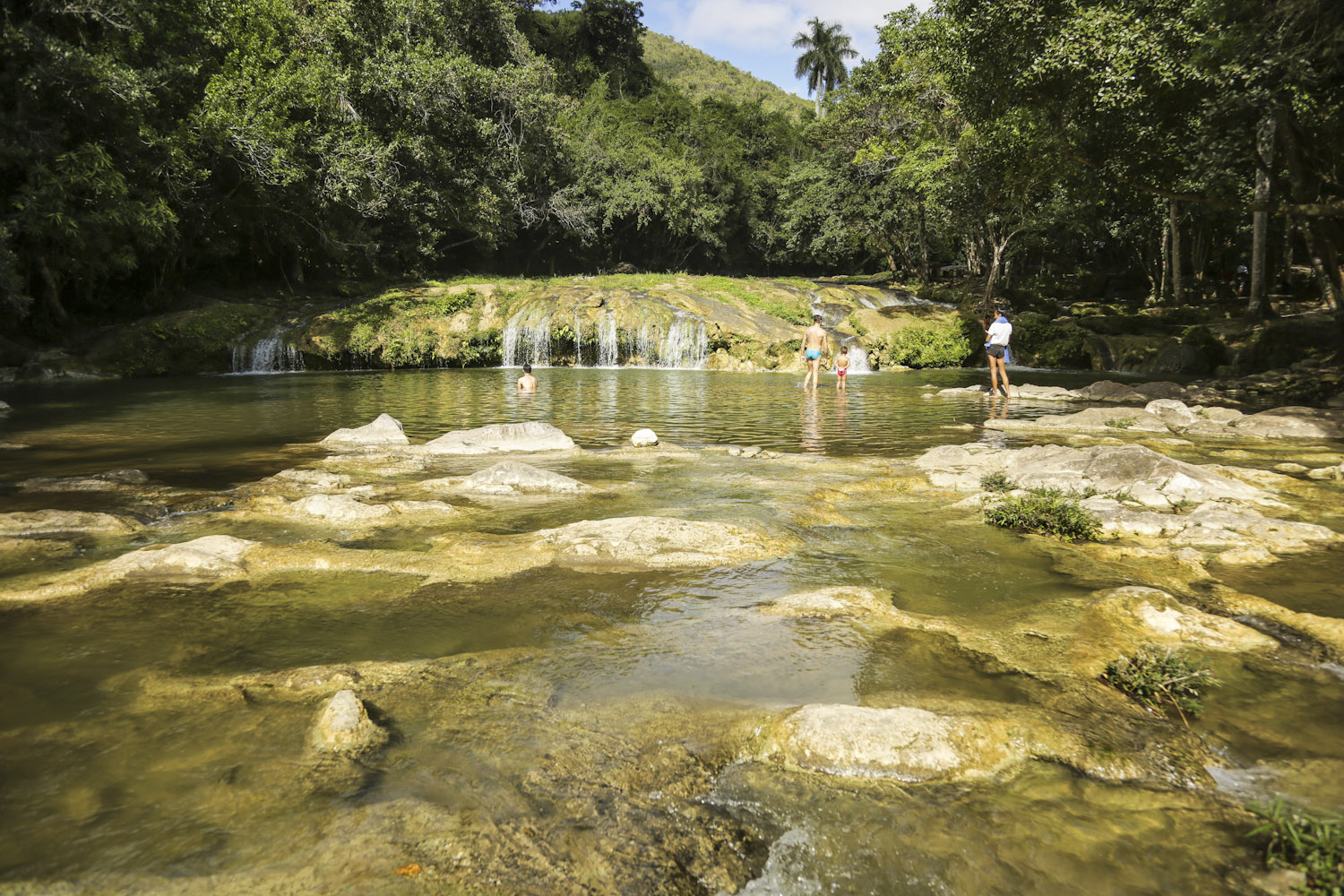 Another river beach, las Terrazas are located on the western side of the island, on the way to Viñales. It is possible to have a day trip from Havana, or better, to organise a stop here if you are on your way to Viñales. Some buses will drop you, but you need to be well organised to know when the next bus comes, and if it has a place for you. 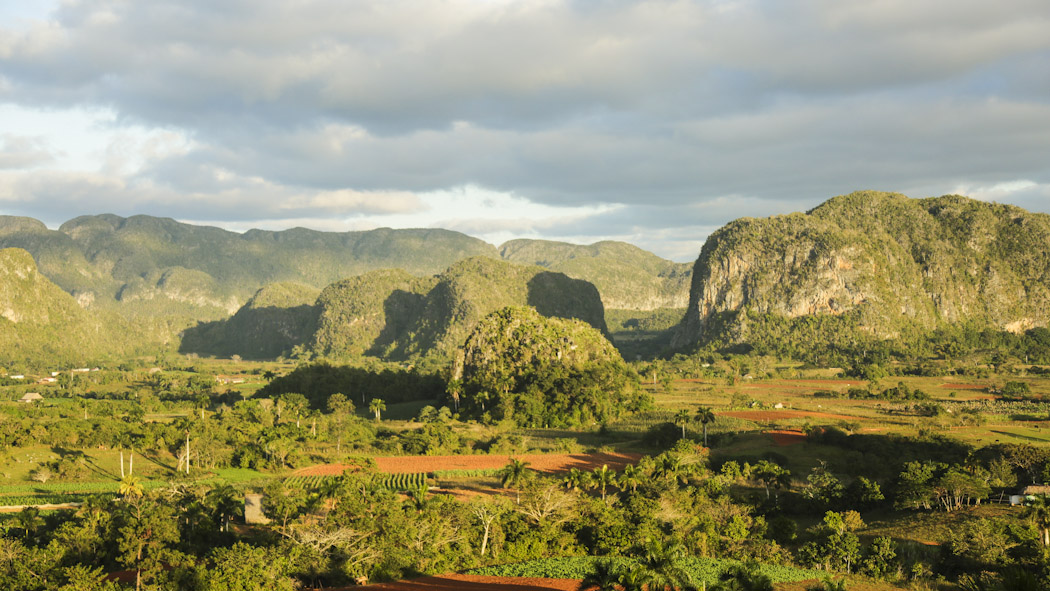 The dramatic landscape of the Viñales valley, also a natural park, is unique. Millions of years ago the valley was a huge expanse of caves. When the erosion caused by underground rivers made the roof of these caves collapse, it created this new rocky shapes, called the Mogotes. What makes this valley so especial for us is the incredible limestone crags known as Mogotes. Geologists call it an akarstic topography. 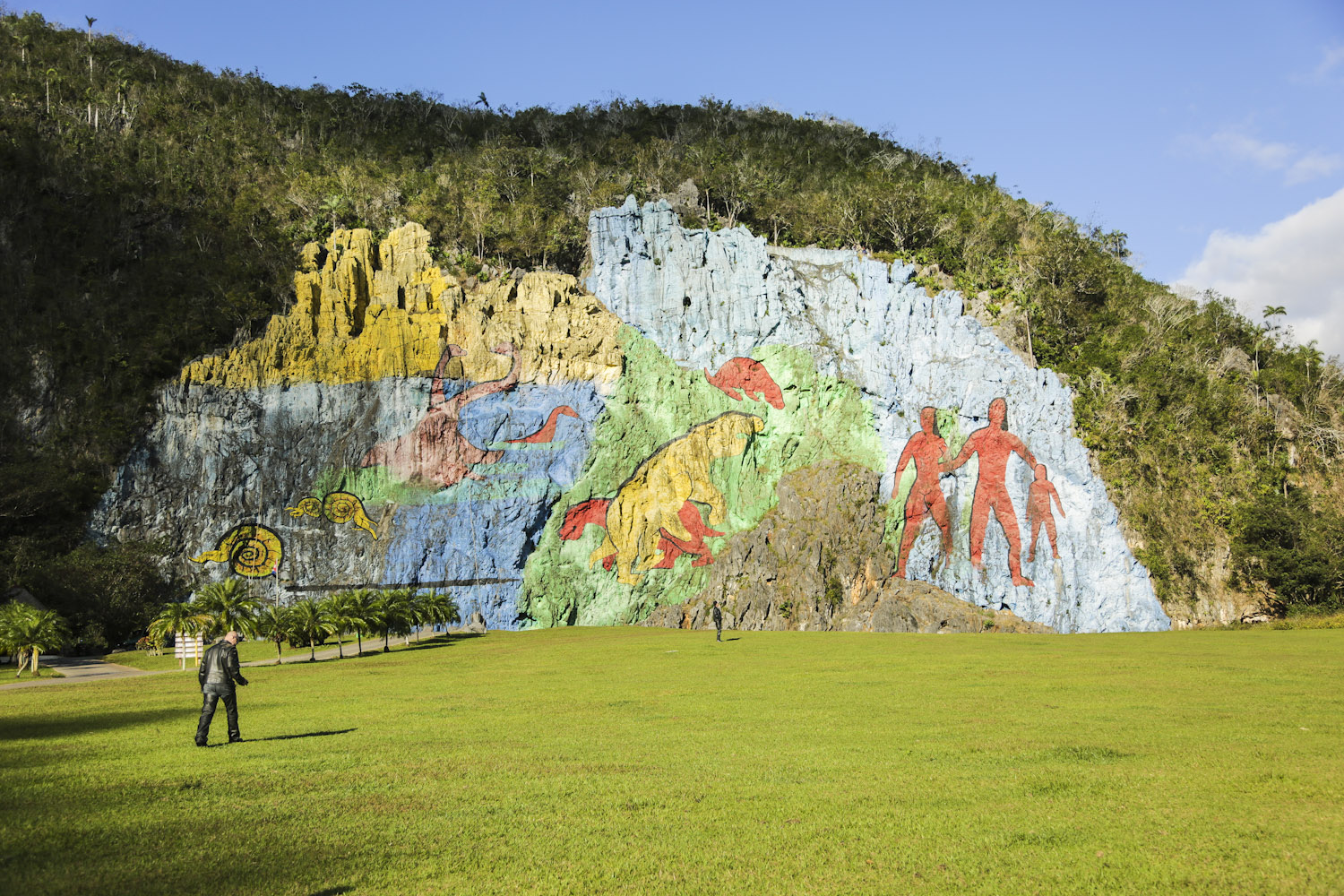 After leaving Viñales, we made a detour to have a look at the Mural de la Prehistoria. This is a huge mural that was painted on the Mogote Pita by Leovigildo González Morillo, in 1961, and which represents the theory of evolution. If it is it worth the detour? Probably not, except that the road that takes there is lovely. 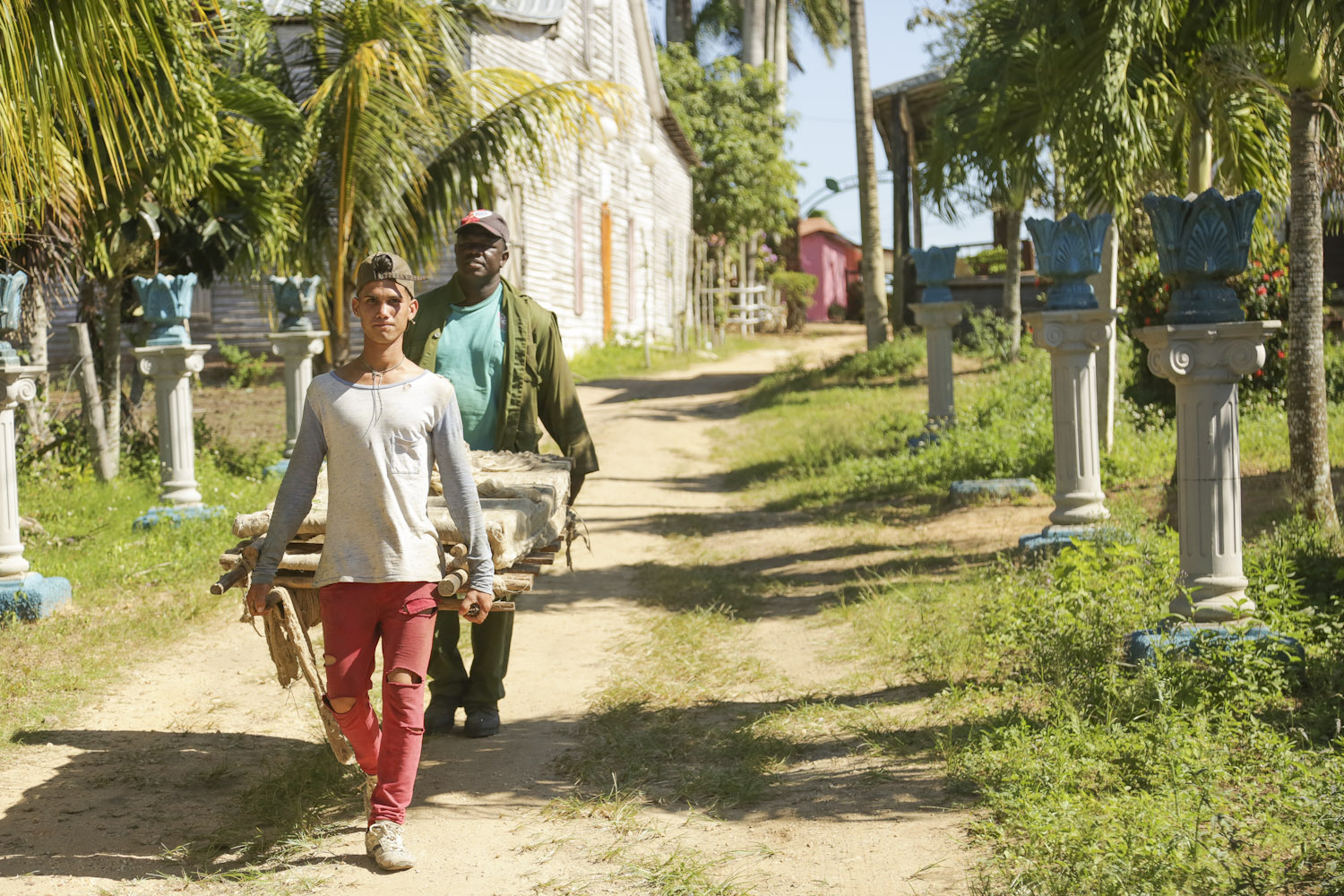 Around the area, there are many fincas (farms) that produce tobacco. Most of the farms are happy to receive visitors and show and explain the process of tobacco making, which is still traditional. Look for the secadero, where hundreds of tobacco leaves hang on drying racks, lined up until the roof. The sharp smell of tobacco is inebriating. 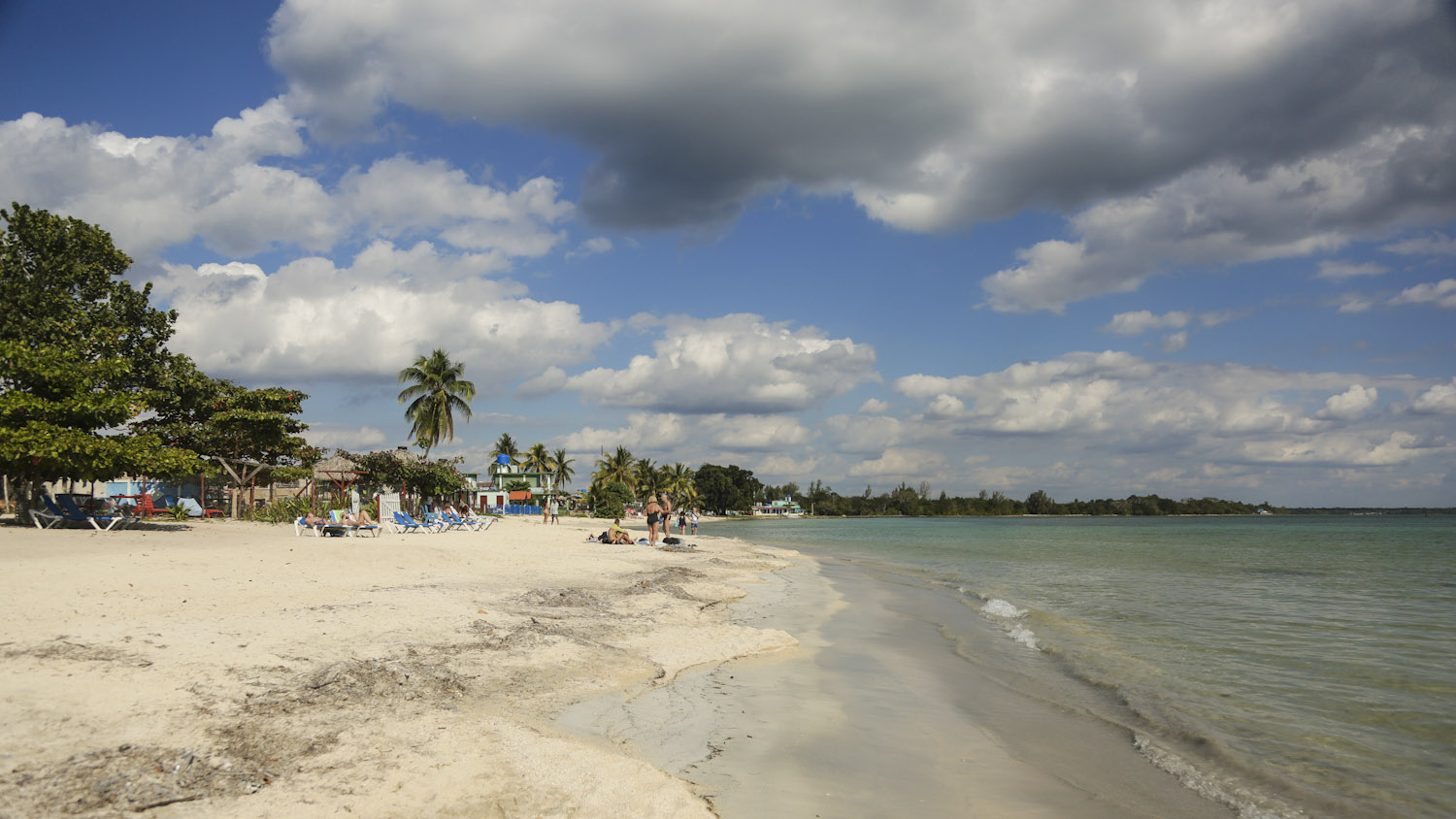 Playa Girón is a beach and village on the east bank of the Bahia de Cochinos (Bay of Pigs), on the southern coast of Cuba. It is only a step away from the Museum Girón, which exhibits artifacts related to the American-led invasion of Cuba that happened in 1961 when about 1,400 Cubans, exiled in the US and with America’s support, landed here to overthrow Fidel Castro’s government. 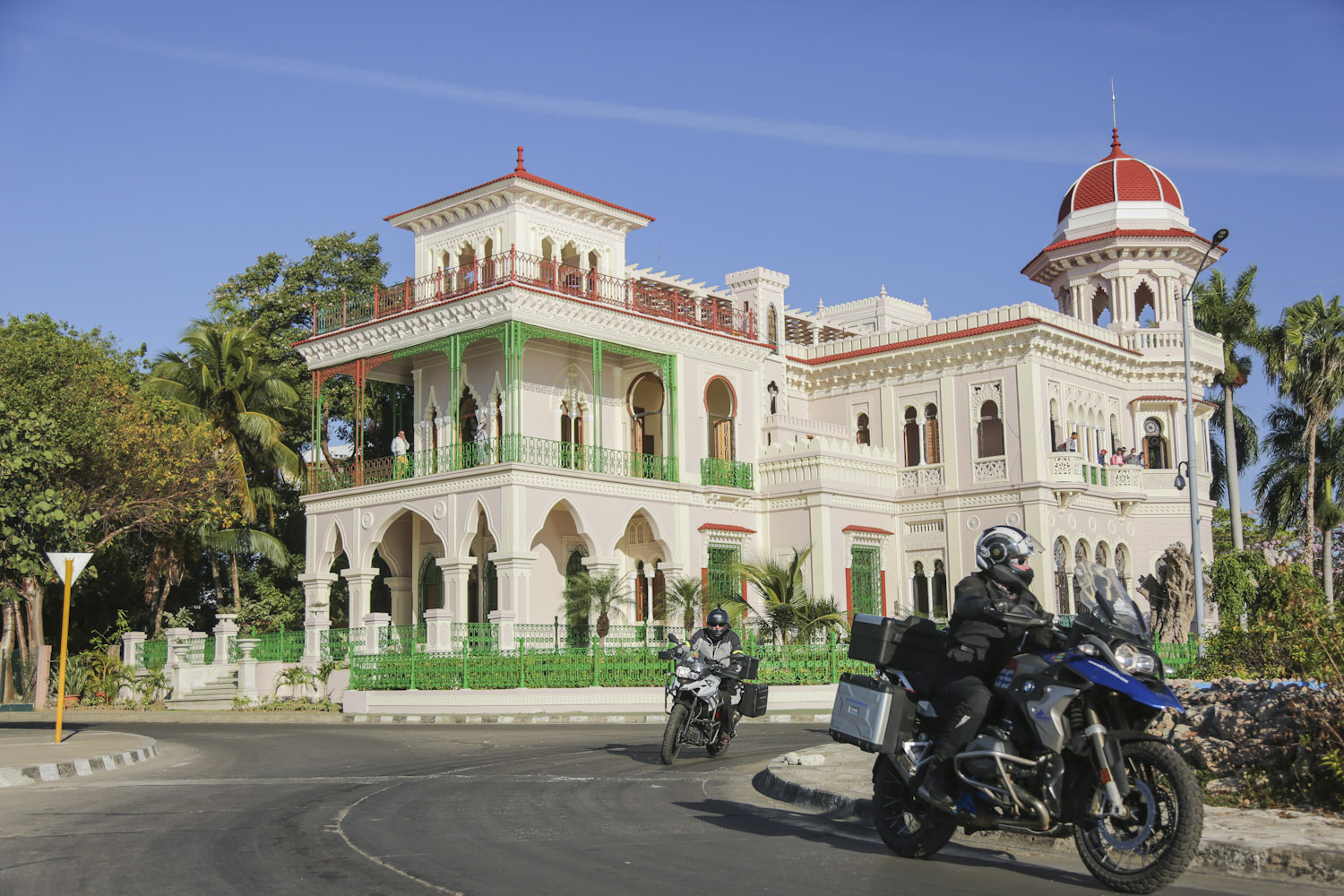 Cienfuegos is known as the Pearl of the South. Famous for its French architecture, the city was founded in 1819 by French immigrants. The Palacio de Valle is particularly beautiful with its Spanish-Moorish details. The historic centre of Cienfuegos is inscribed on the UNESCO World Heritage list. 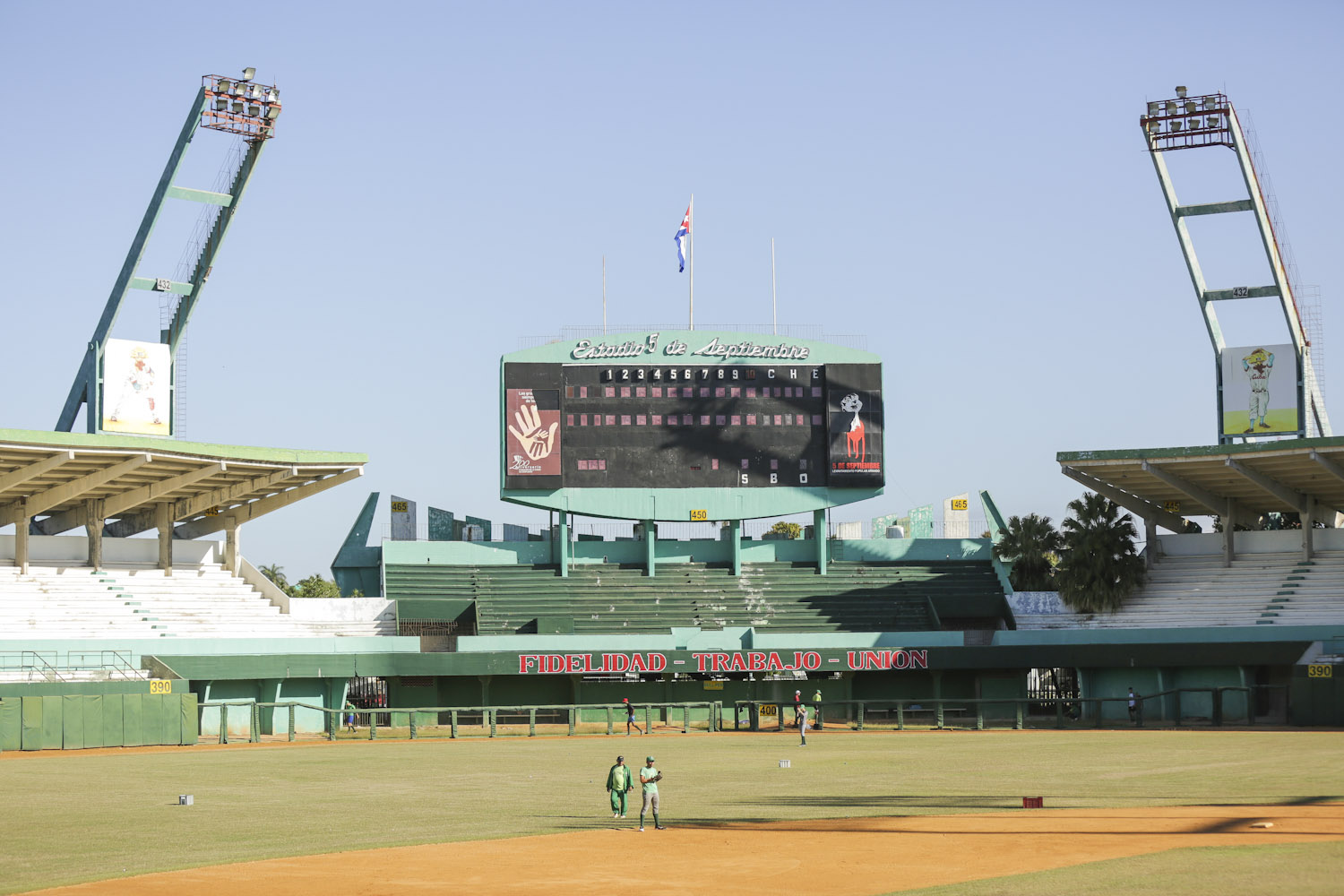 The 5th September Stadium is a stadium in Cienfuegos, built in 1977 and with a capacity of 15,600 spectators. Though it is a multi-use stadium, it is mostly used for baseball games and is the home stadium of Cienfuegos Camaroneros. If you can, do not miss a match for a unique atmosphere. 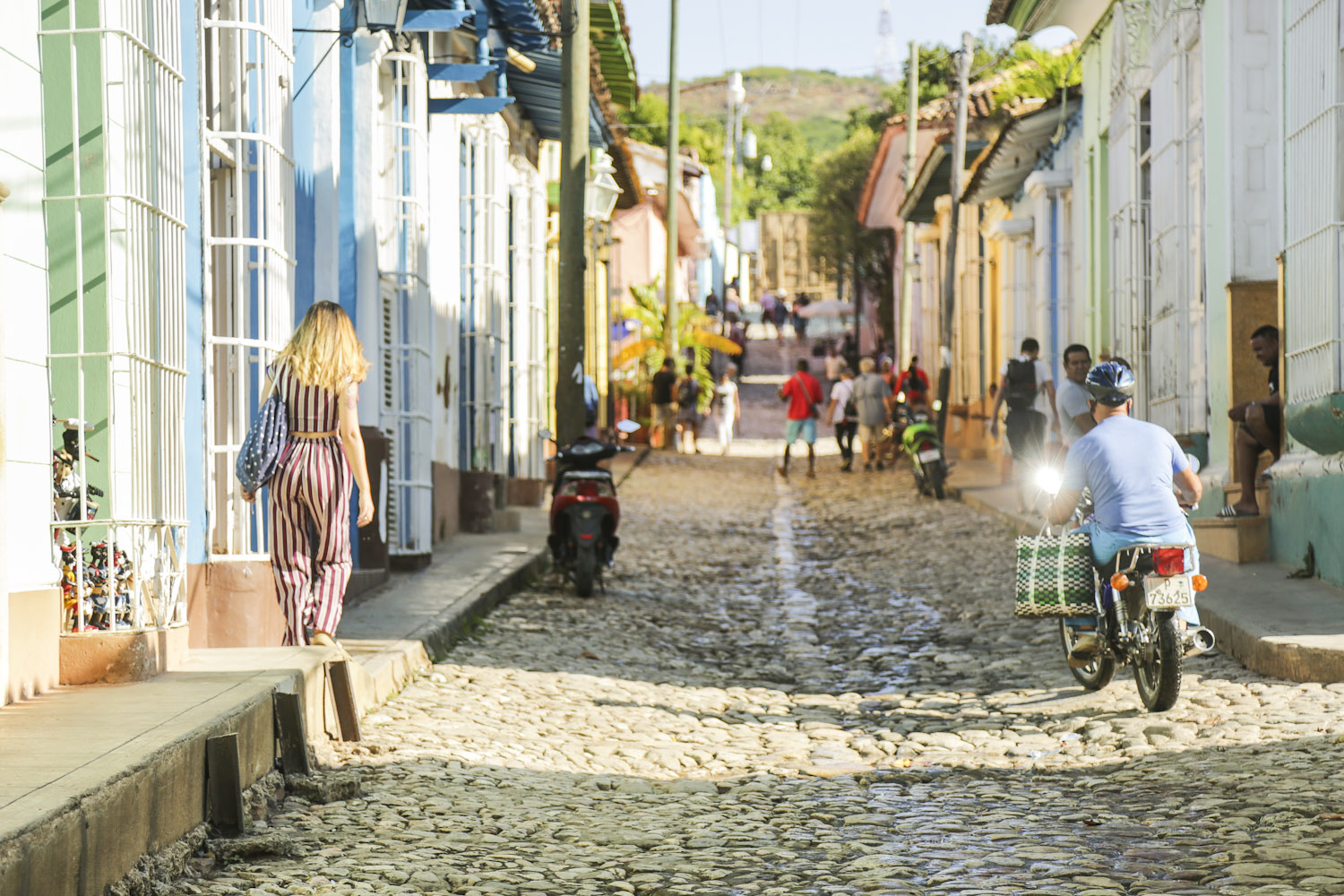 Trinidad is probably the most beautiful of the colonial cities of Cuba. The beautiful Plaza Mayor of Trinidad with its cobblestone streets and colurful houses is surrounded by Spanish Colonial architecture, such as the Santísima Trinidad Cathedral and the Convento de San Francisco. 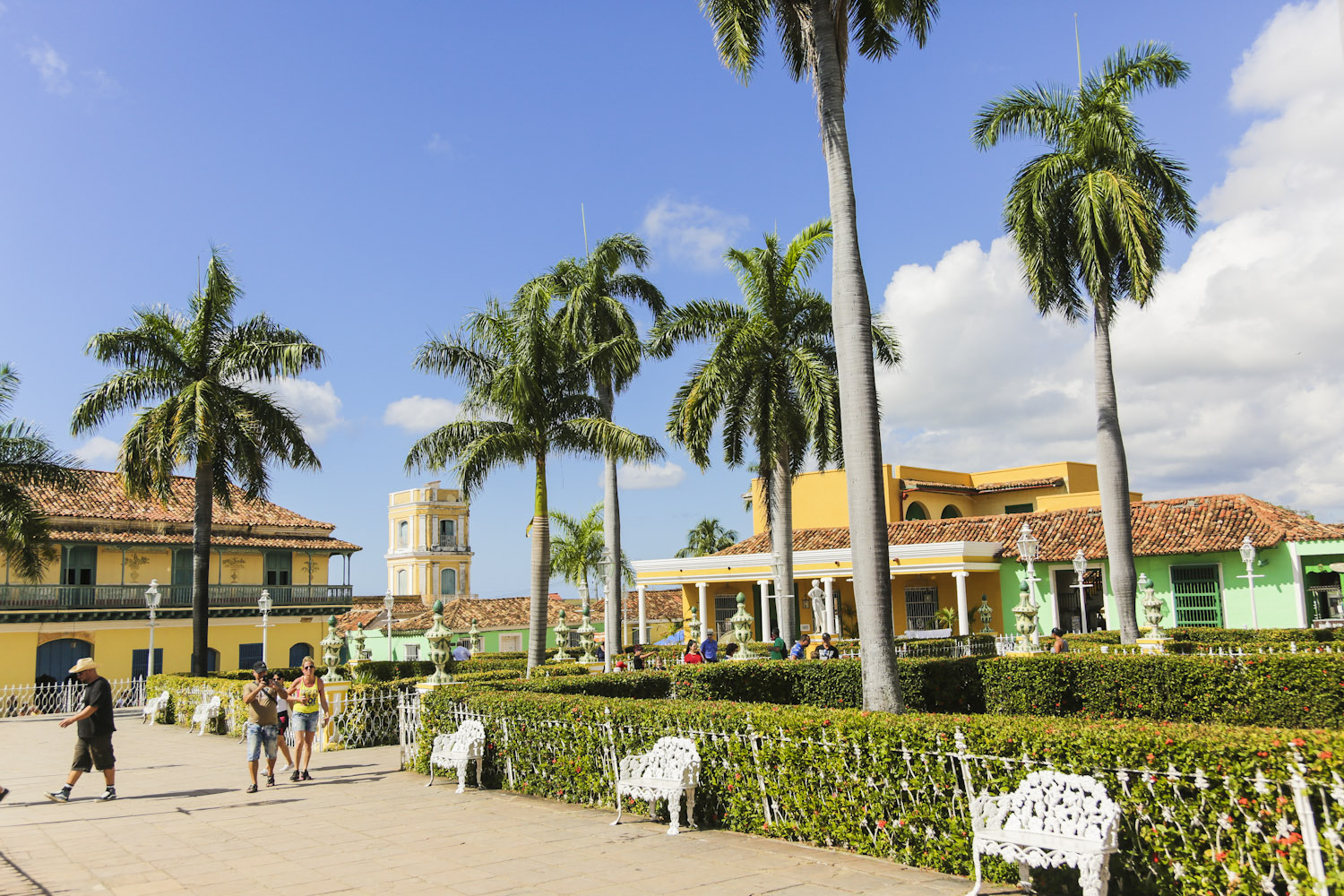 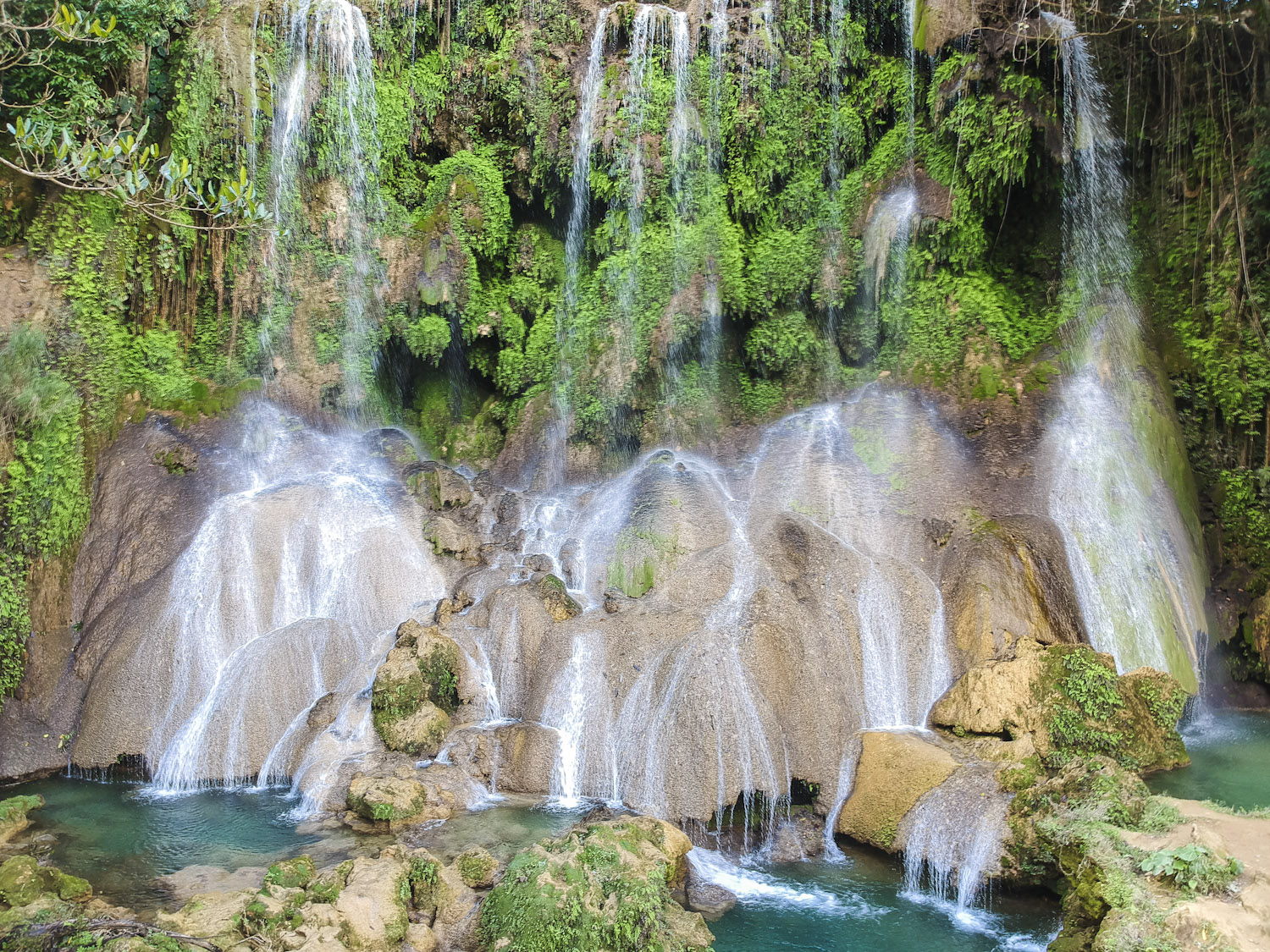 The El Nicho is a protected national park, therefore there’s an entrance fee at the entrance (price is around 7 EUR). After walking along a lovely path through the forest, we reached the beautiful waterfalls that culminate in the irresistible emerald green pools. They were perfect for a refreshing swim after a hot hike. 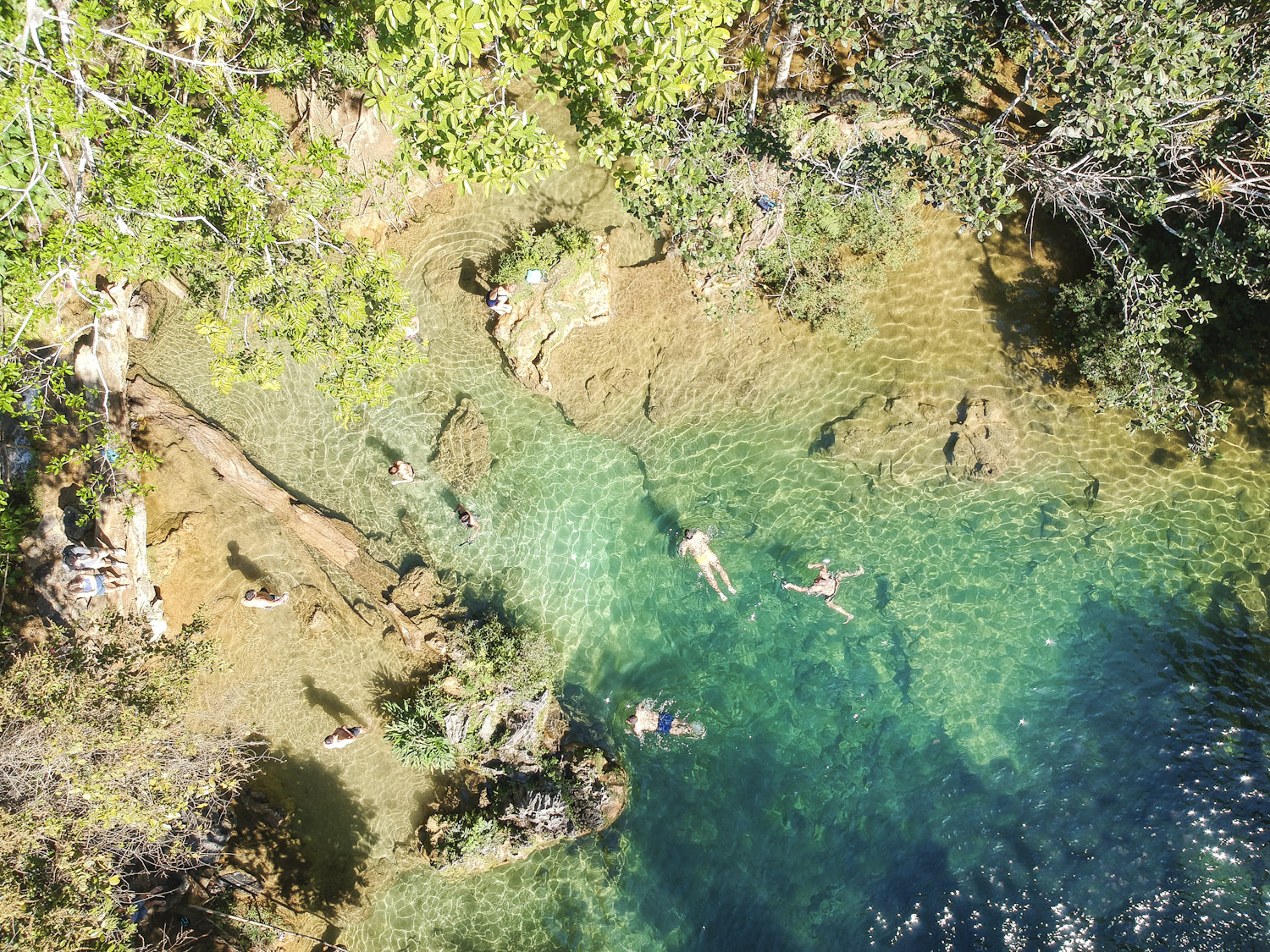 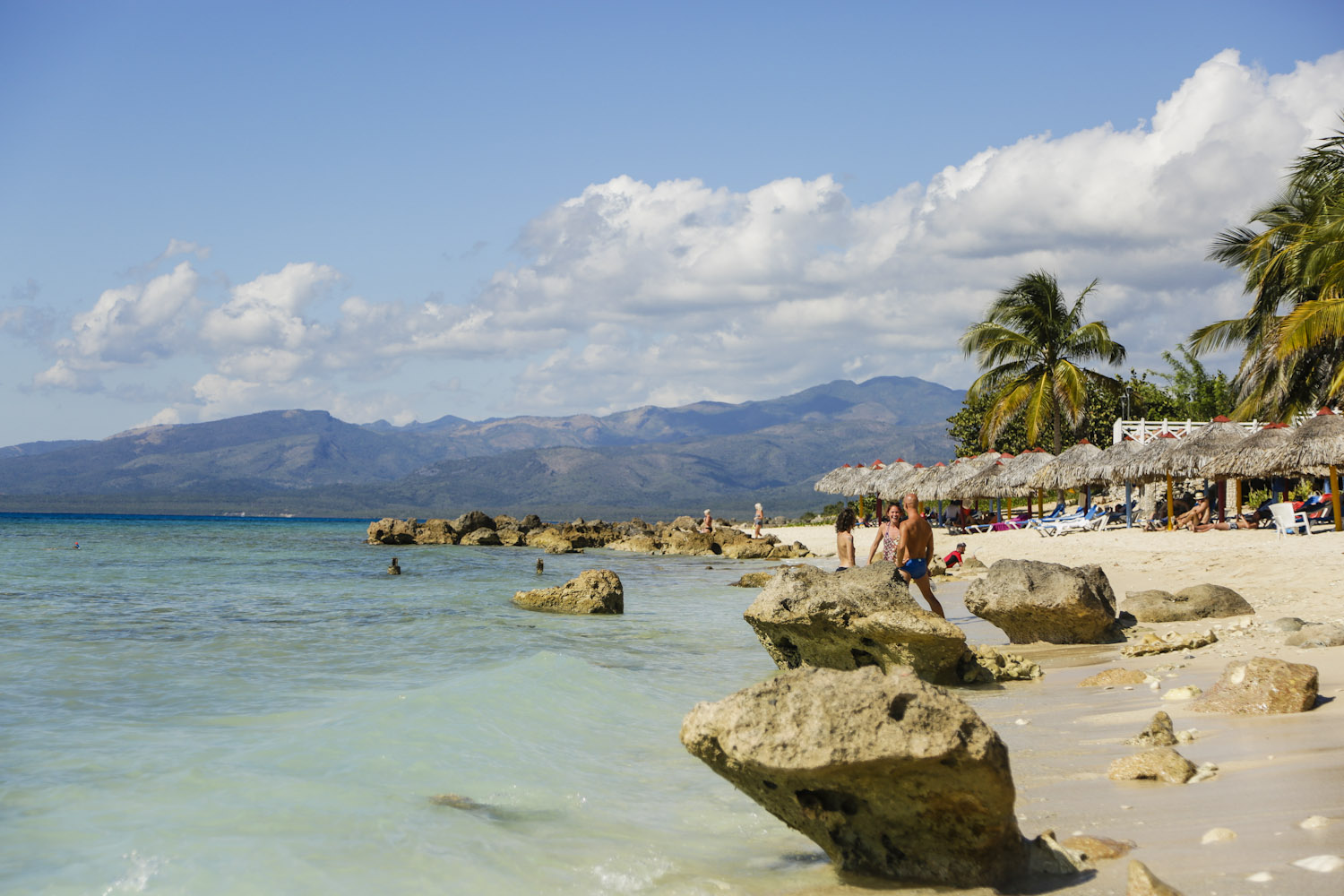 The city of Trinidad is not far from the coast. Nearby there are a few lovely white sand beaches. Our favourite was the Playa Ancón, a quiet beach with only a few restaurants that offer good grilled fish dishes. A day spent on this beach is an excellent break to travel, after having visited Trinidad. 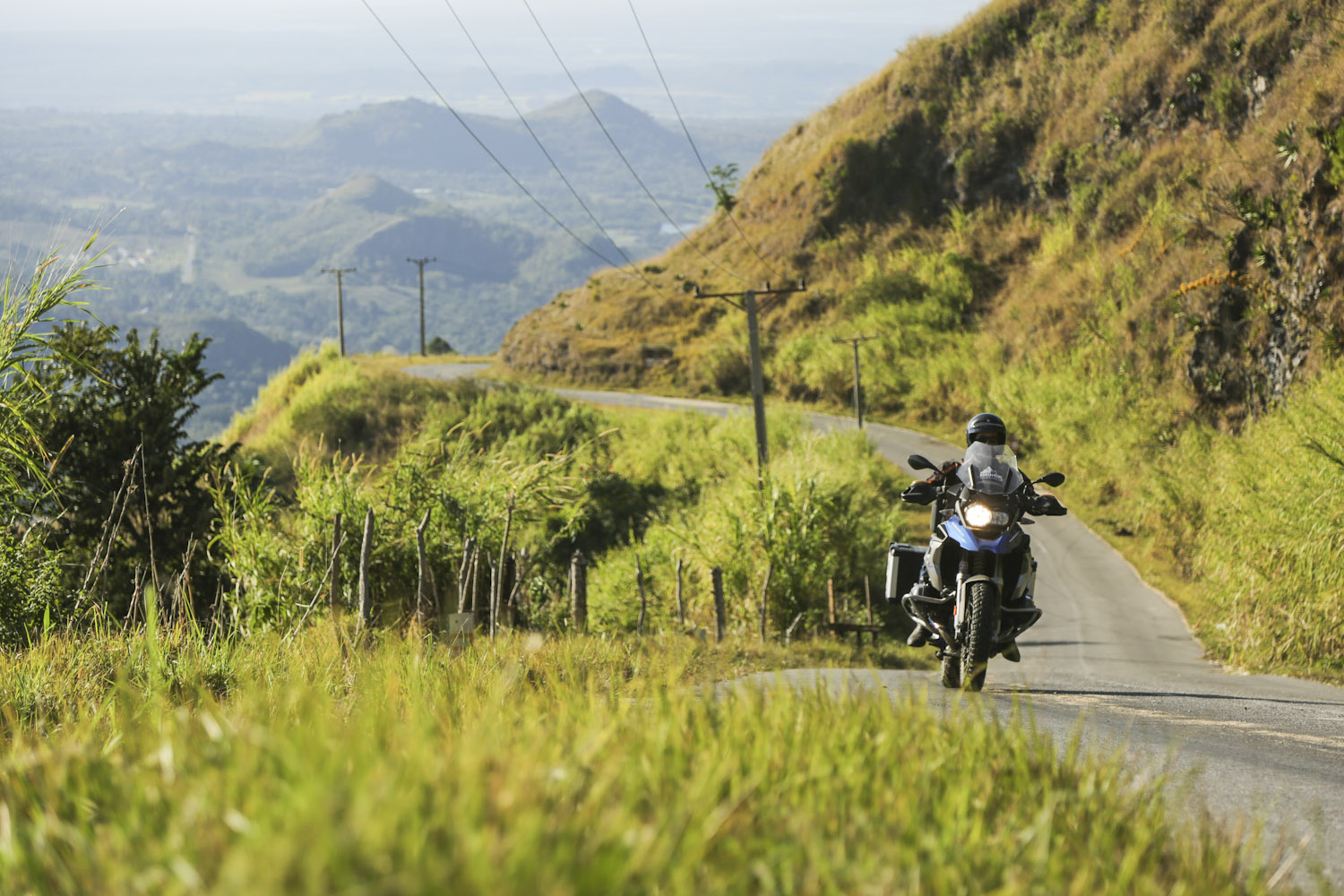 Topes de Collantes is almost 800 metres above sea level, the hihest peak of the Escambray range is less than 1,200 metres. Nature is the attraction of the mountain, where one finds many caves, rivers, falls, grottos, canyons, natural pools with crystal clear water. 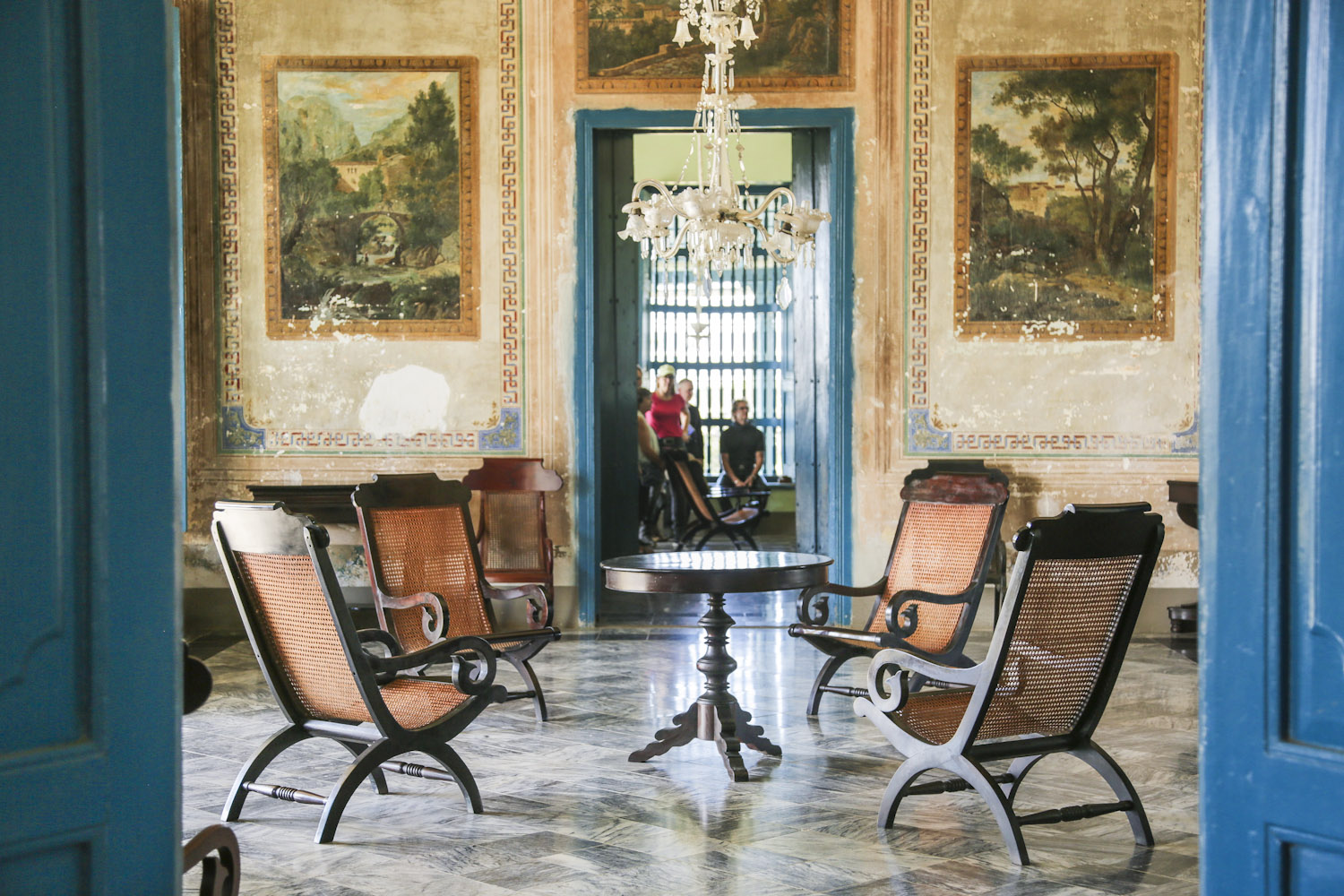 The Valle de los Ingenios is the Valley of the Sugar Mills, another World Heritage Site. There are around 70 historic sugar cane mills. They represent the importance of sugar to the Cuban economy since the 18th century and there are a few old colonial fincas to be visited. This farm belonged to one of the most powerful sugar barons of the eighteenth and nineteenth centuries – José Mariano Borrell, the Marquis of Guaimaro, who was also the owner of several palaces in Trinidad.

Also do not miss the Manaca Iznaga Tower, a 45-metre tower built by Alejo Iznaga Borrell, which was once used as a control tower to survey the slaves that worked the fields. 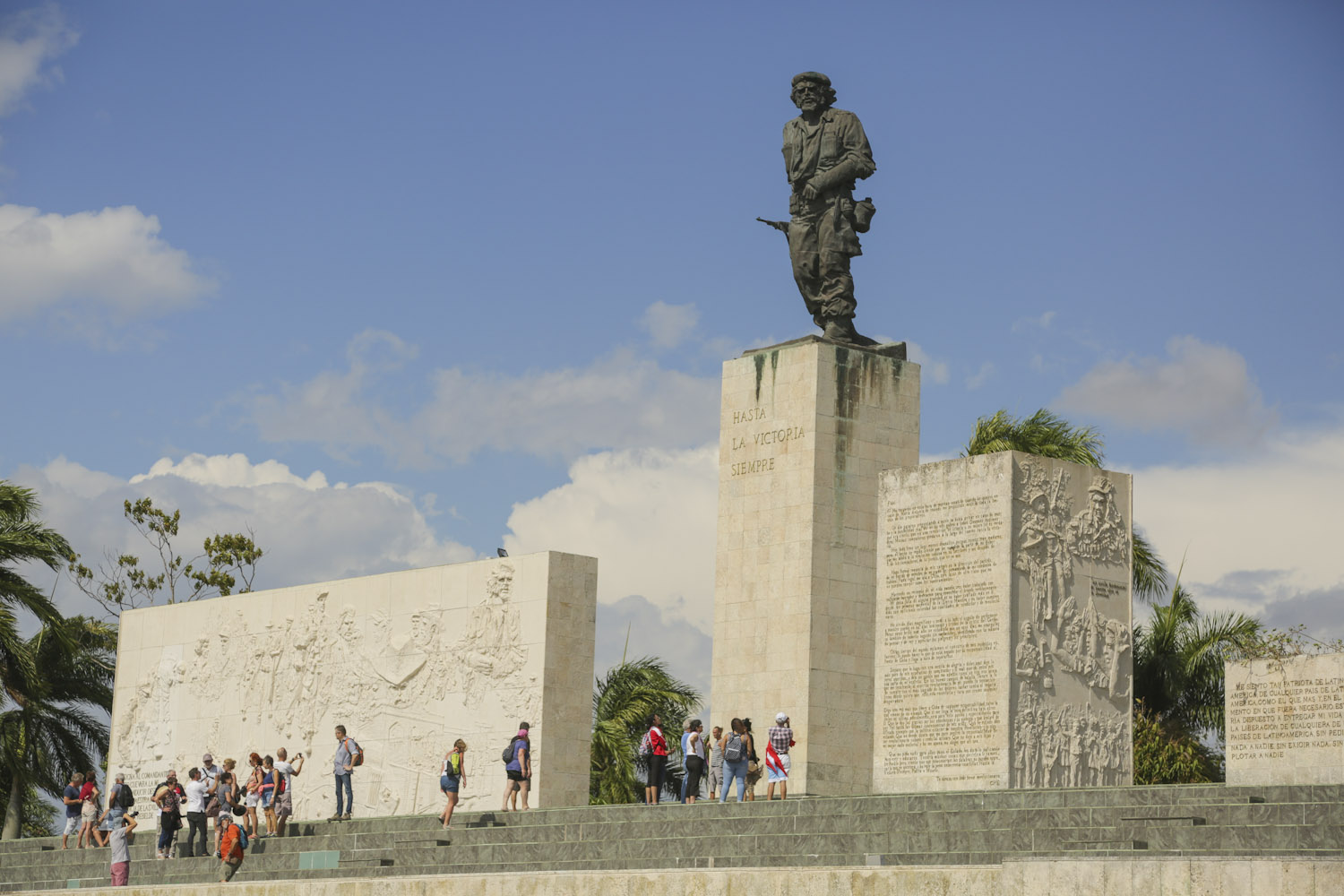 Che won the last battle of the Cuban revolution by derailing a train that was taking supplies of ammunitions and weapons to the troops of general Fulgencio Baptista, the dictator in charge. This event happened in Santa Clara that became therefore the symbol of the victory of the revolution. Today a huge memorial and museum can be visited in the outskirt of the city. 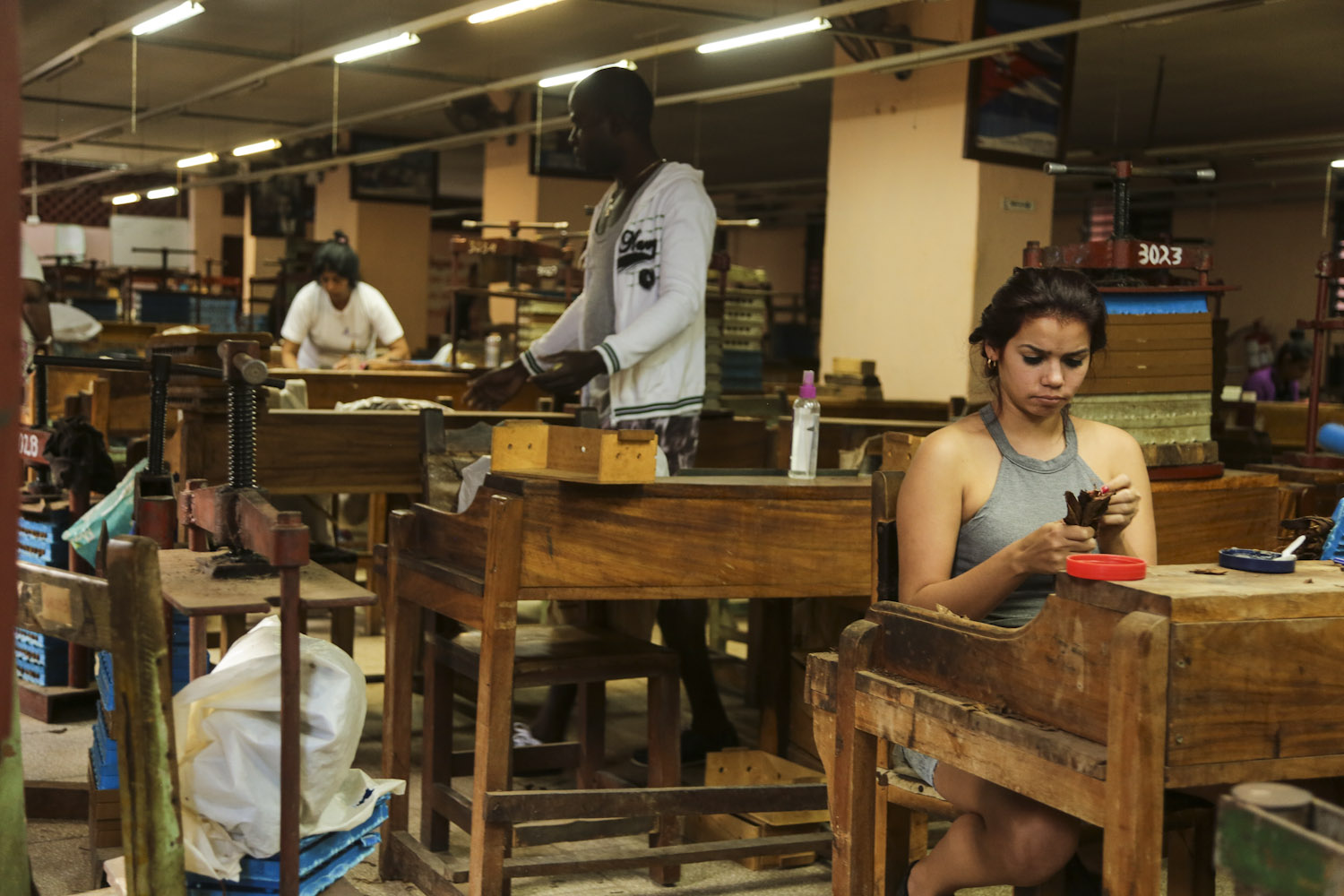 Remedios is a tiny village mostly visited because it is the last settlement before the fifty-kilometre-long causeway that takes, literally, through the sea to the Cayo Santa Maria key. There is a tobacco factory, where we had the unique clandestine experience of smuggling cigars out of the factory’s windows, buying them illicitly from workers who make a few extra CUCs this way. 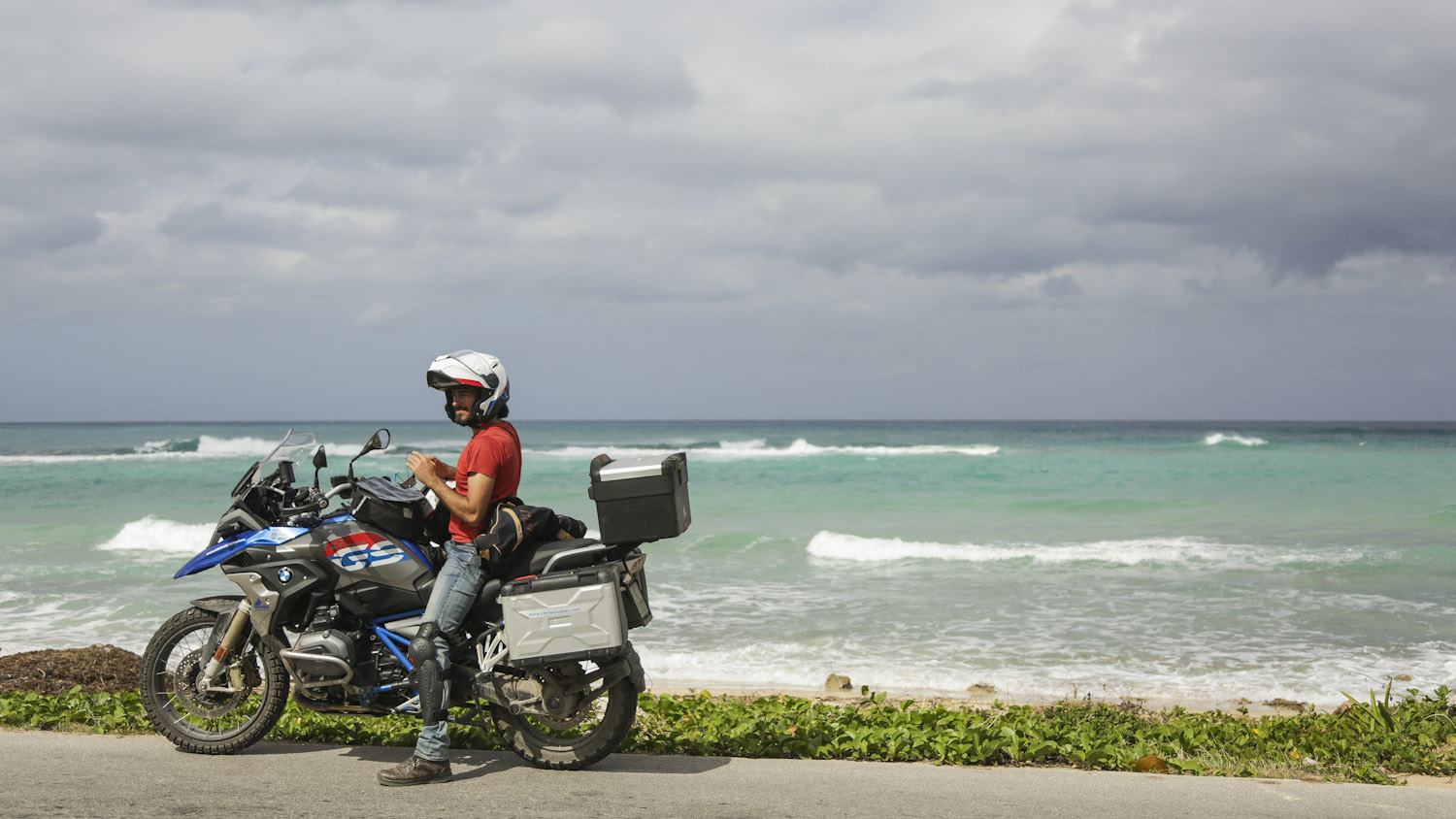 Varadero is known for its beaches and all-inclusive hotel resorts. But, those that want to experience the real Cuba can still go to Varadero and explore it in a different way. There are smaller hotels and casas particulares where one can stay to have a more genuine experience while still exploring the beautiful peninsula of Varadero. 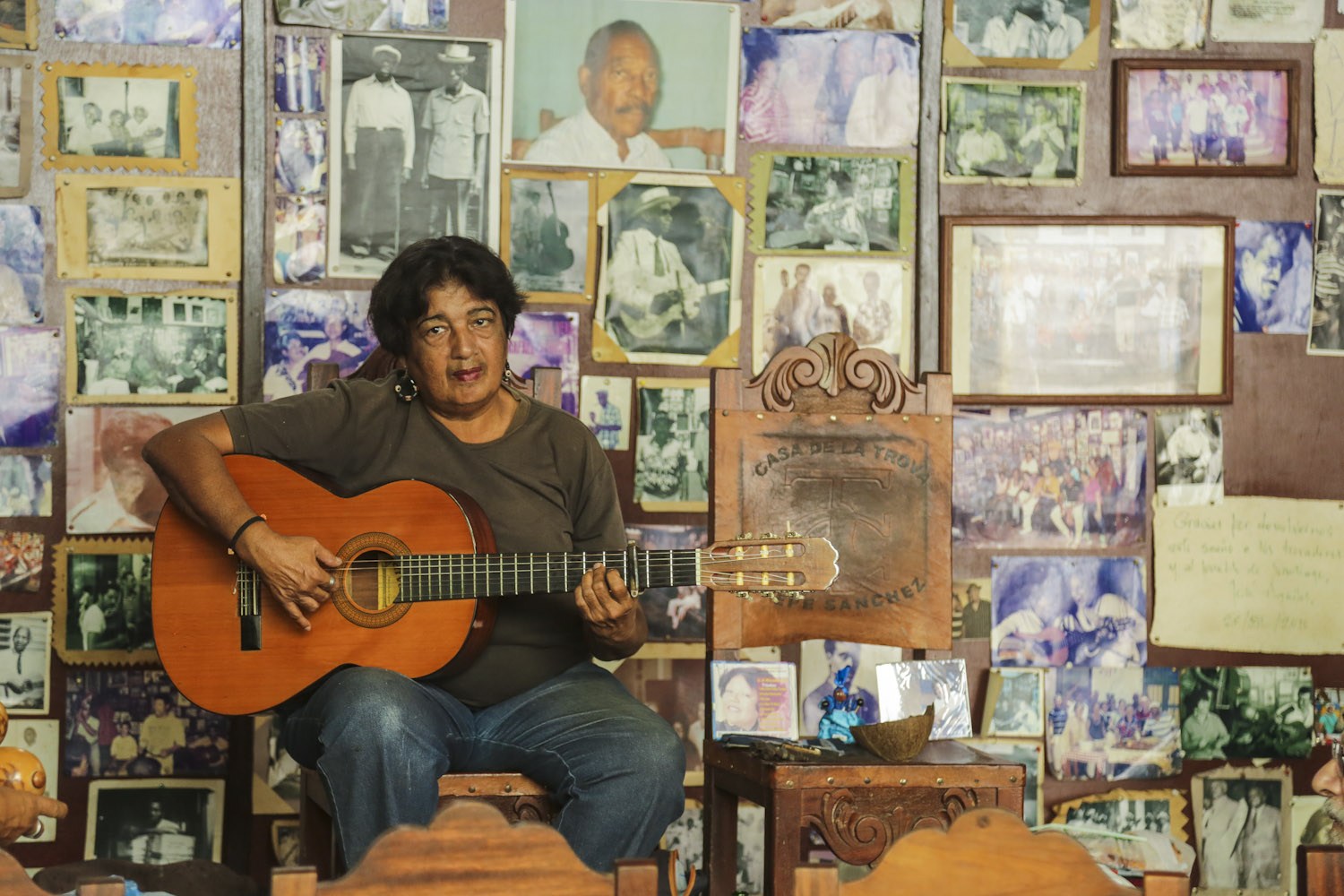 Buena Vista Social Club brought Cuban music to the world stage. Even though there was a time when we all thought its protagonists were literally immortal, one by one they are making their final farewells. Nonetheless, Ibrahim Ferrer and Compay Segundo and their music are to be heard everywhere on the streets of Cuba. Every second café in Santiago de Cuba has a band or musician who will play Cuban sounds all night long. 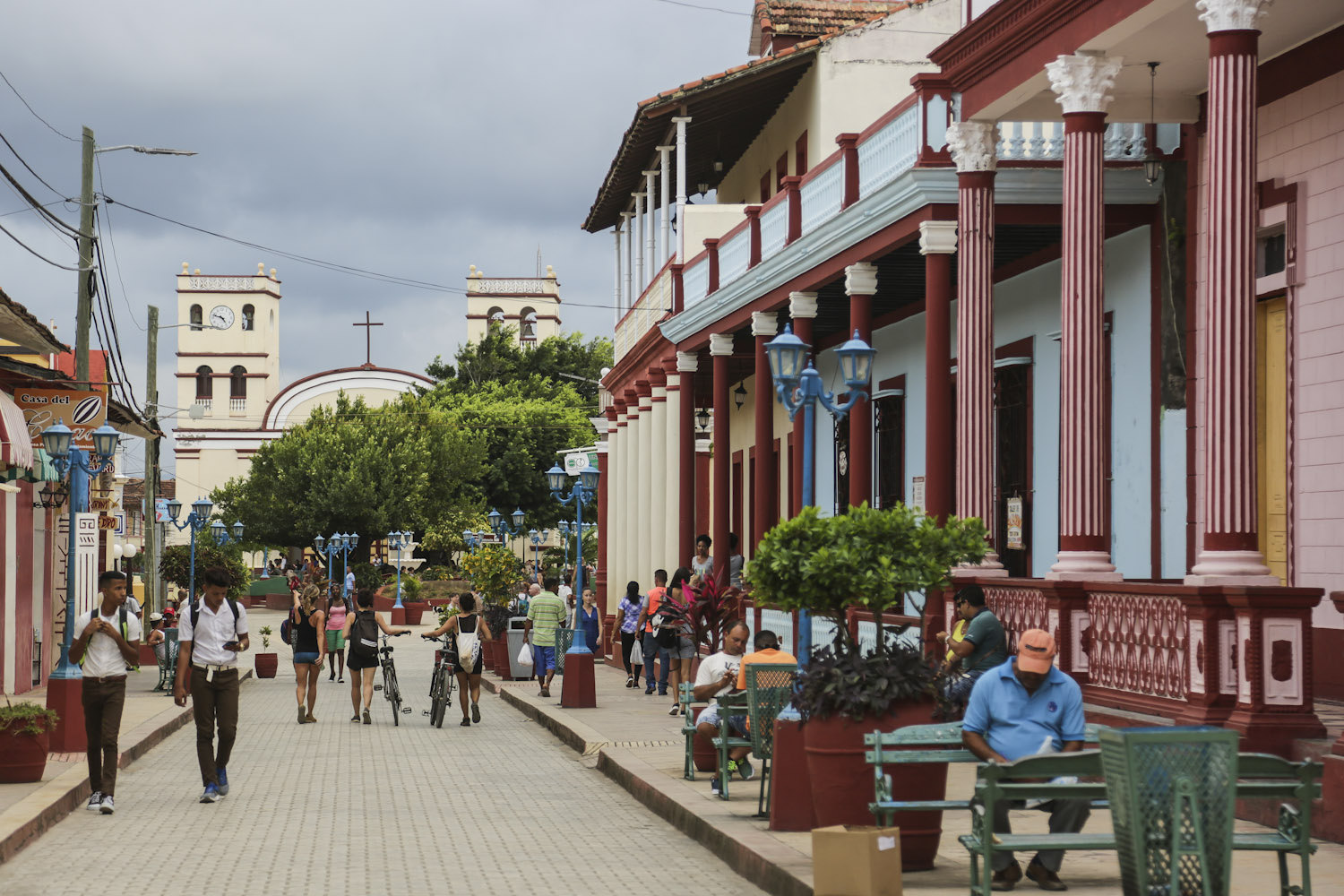 Baracoa is a village located in the eastern tip of Cuba. The region of Baracoa is the one with the most Native American Taino influence, and there we totally fell for the shrimps with coconut or chocolate sauces! Without any doubt Baracoa will remain in our memories as the place with the best food in the entire country. 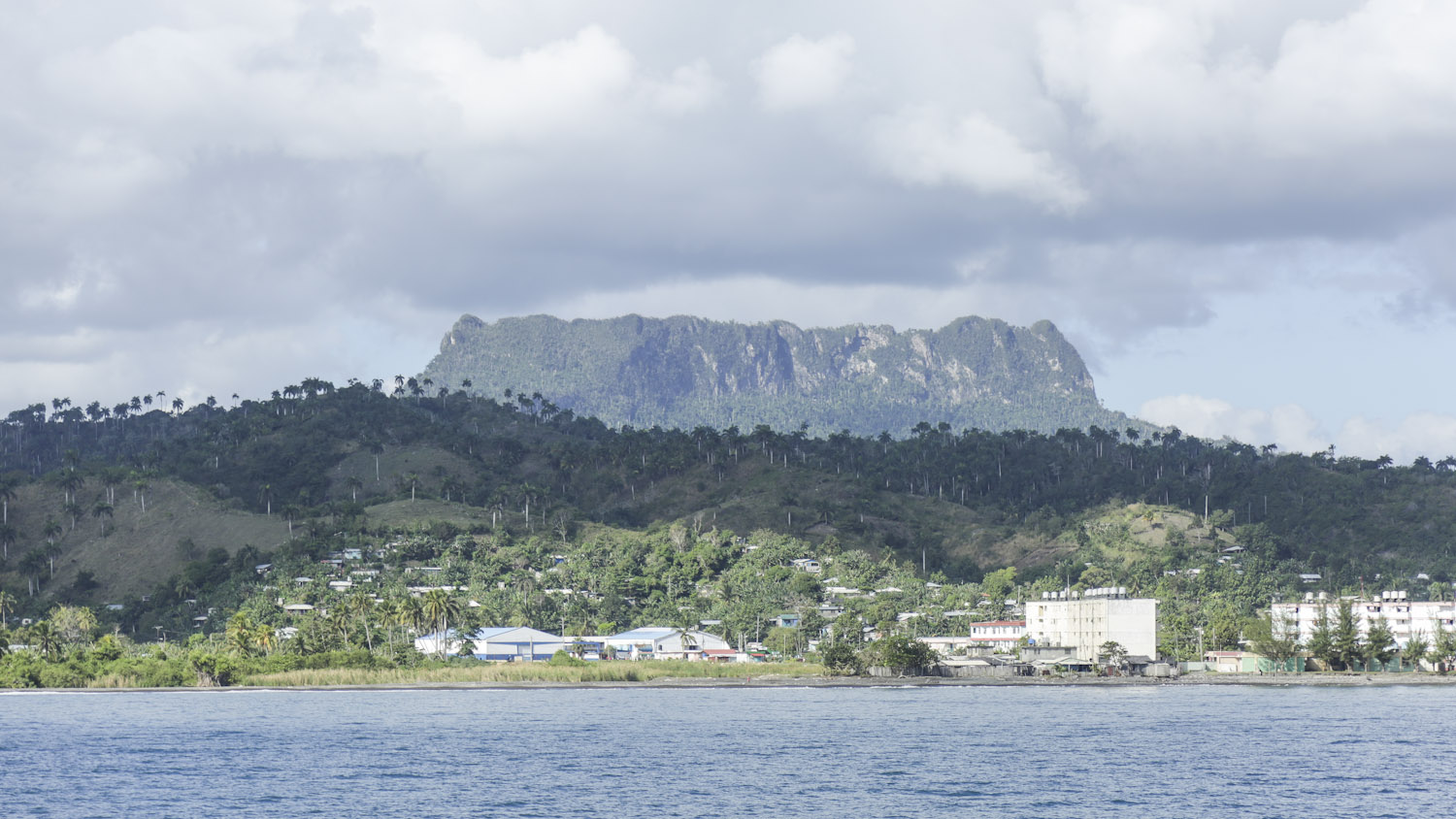 From Baracoa one gets a first glimpse of El Yunque, a table-like mountain located in a protected nature park. A hike to the top of El Yunke is a strenuous experience, not so much because of its altitude – the flat top El Yunque is only 575 metres high – but because of its muddy and slippery paths. The region is tropical, with hot and humid weather and it rains very often. To reach the summit, you must be ready to cross the river on foot and then make your way up through the dense vegetation of a rainforest and a series of cocoa plantations. The views from the top, over the Caribbean, are worth all the sweat it takes to reach it. 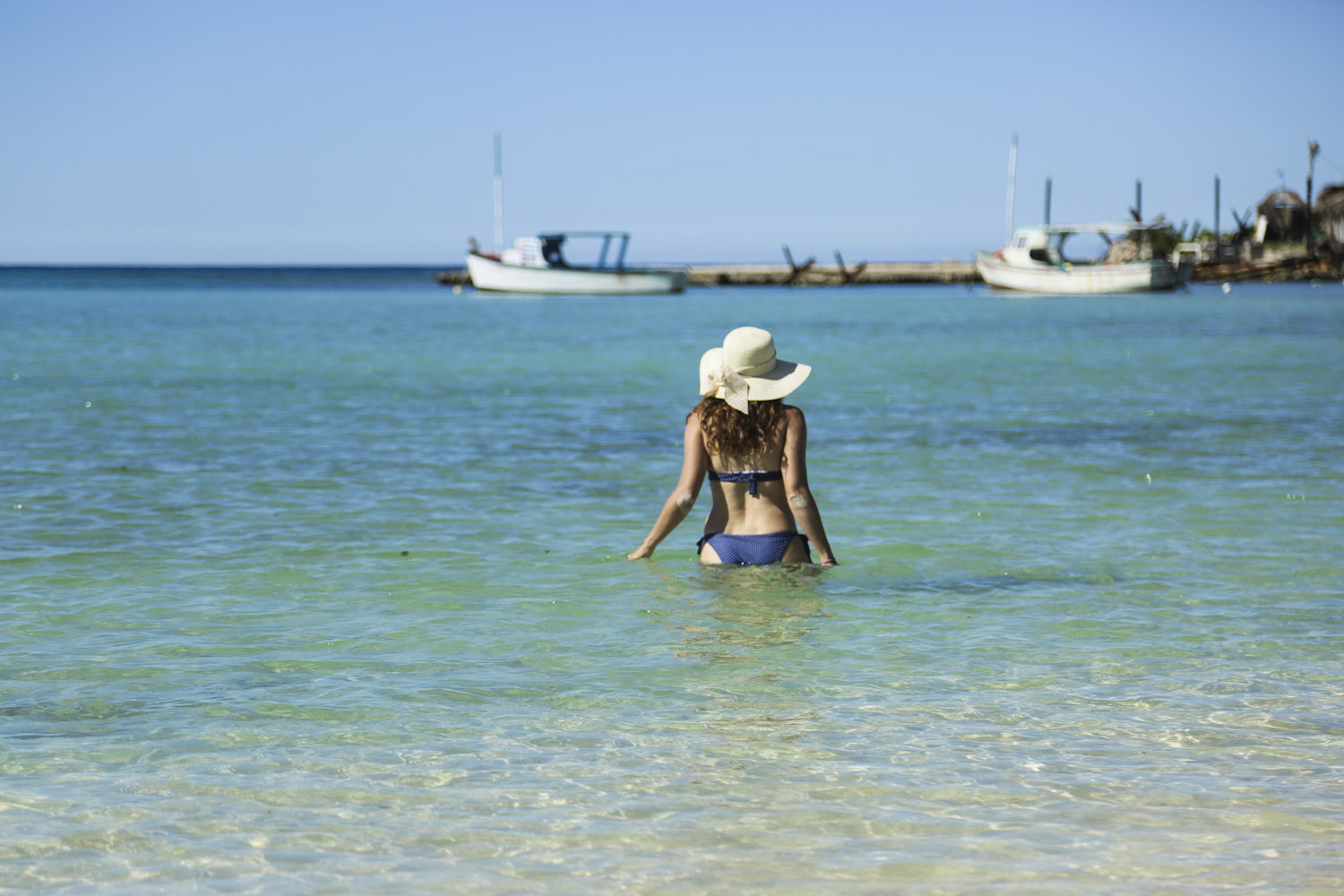 Many locals call Herradura the ‘beach for the poor’, simply because there are no resorts there. The tiny village has a good atmosphere, with a few rooms to rent and several places to eat. This beach is called ‘Herradura’ because of the bay’s shape, that looks like a horseshoe. It was one of our favourites.

Playa Uvero is just another tiny beach that is located before Llanita on the way between Herradura and la Boca. 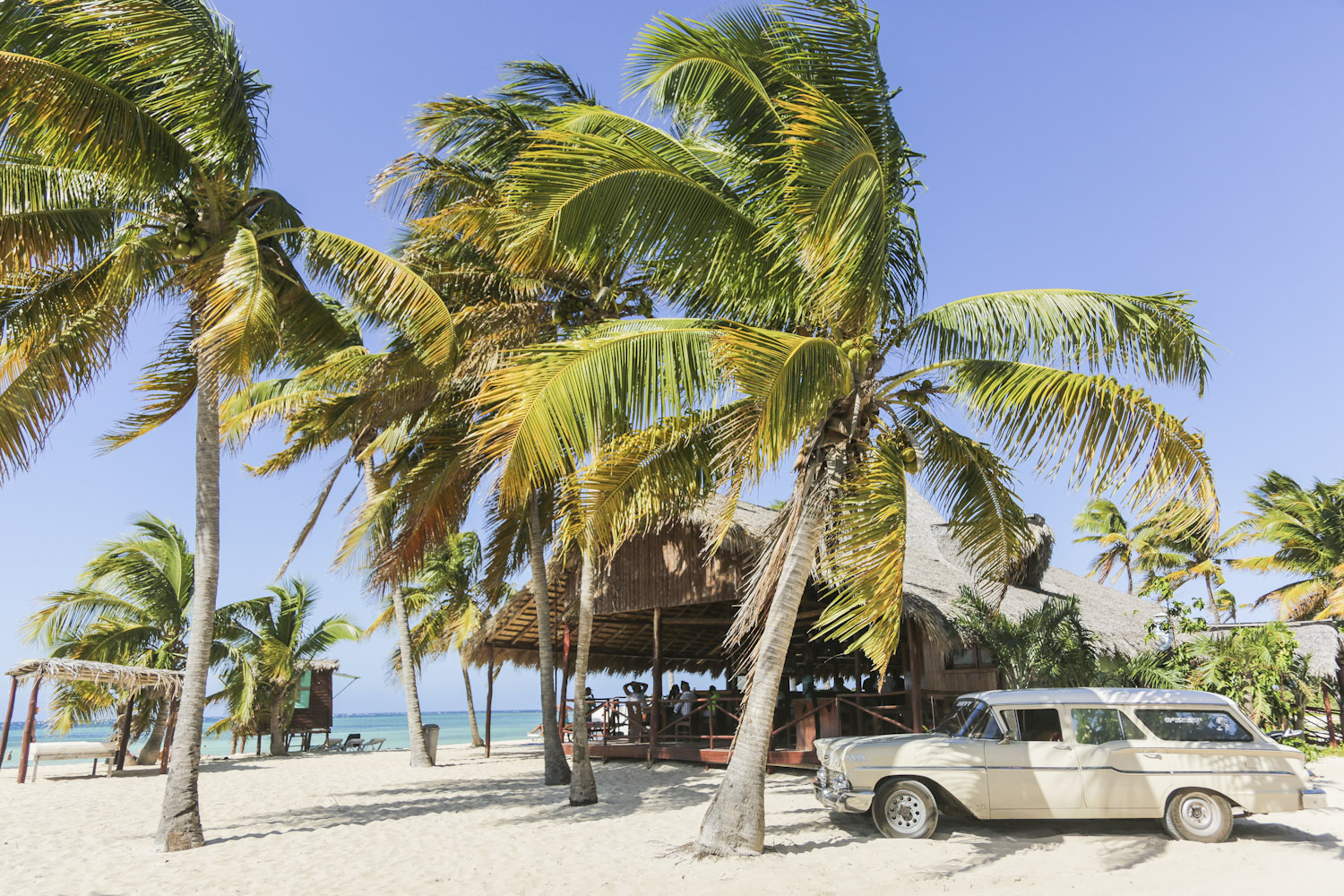 Reachable from Santa Luzia beach (either you can hike the lovely track that follows along the coast, or you can take a taxi that takes a longer detour), this beach truly s a small paradise. A few locals rent some of their bedrooms and there is also one or the other restaurant. 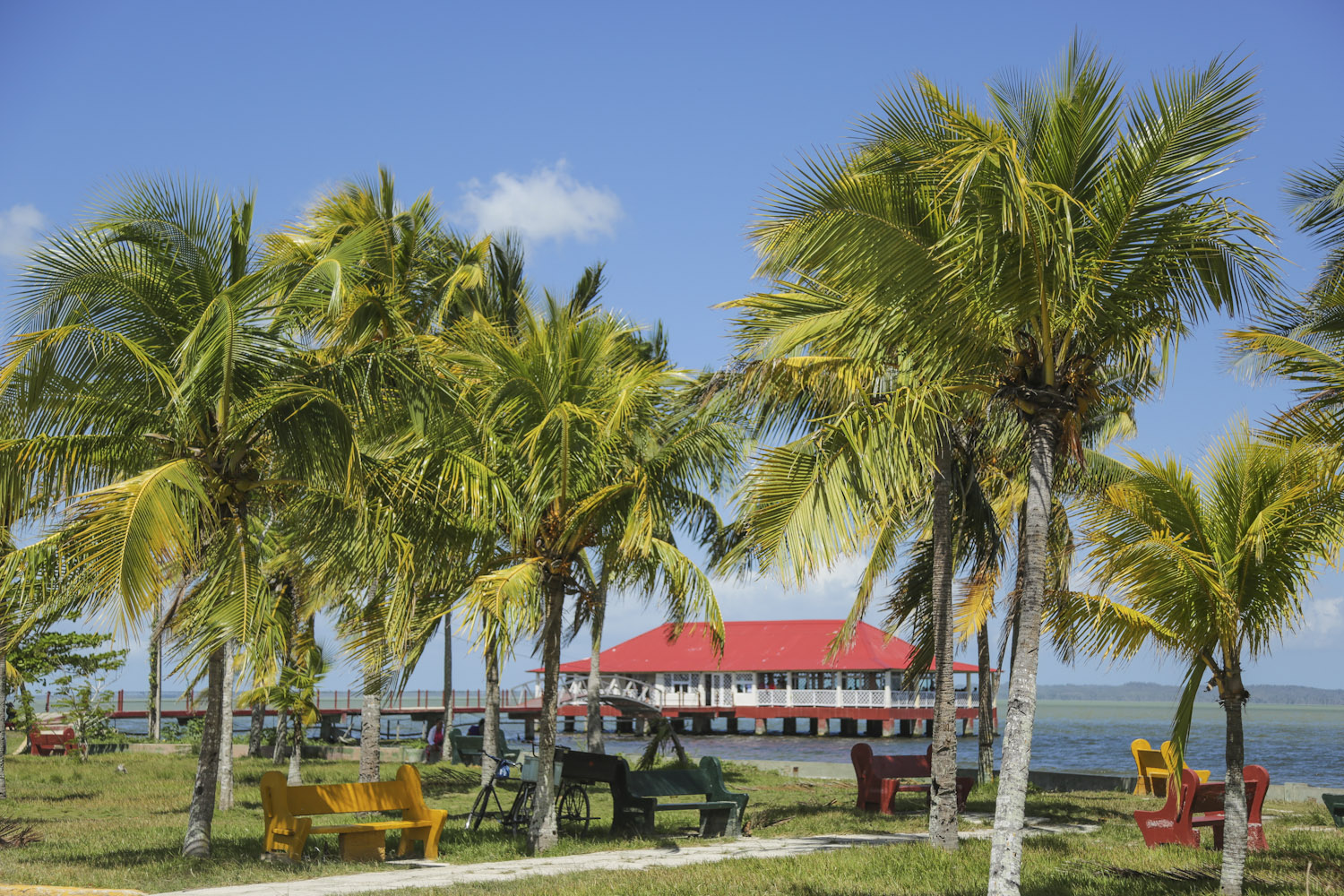 Laguna the la Leche is the largest natural fresh water lake in Cuba. It is located in a wetland a few kilometres north of Morón. On the day of our visit, there were several fishermen trying their luck and some boats were also offering fishing tours. Instead, we went straight to one of the small restaurants selling fried fish and ate a delicious tilapia. 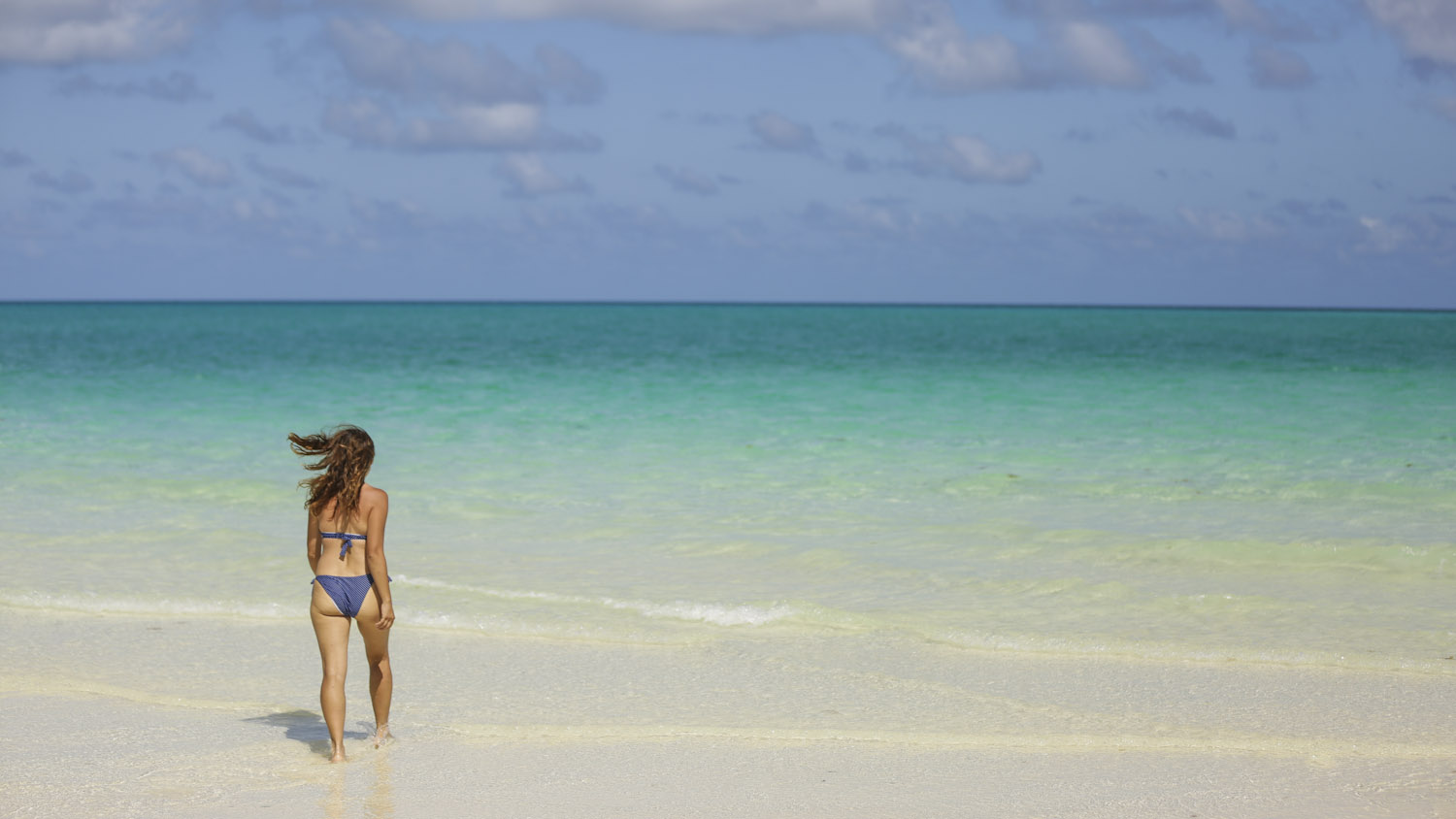