Cuba Visa - how to get a Cuban visa

If you are planning to visit Cuba independently, i.e. without having an agency organising everything for you, you may want to know how to get a Cuban visa. You will need to have a Cuba visa, or Tarjeta del Turista, before you arrive at the airport. This is our guide on how to get one the easiest way. 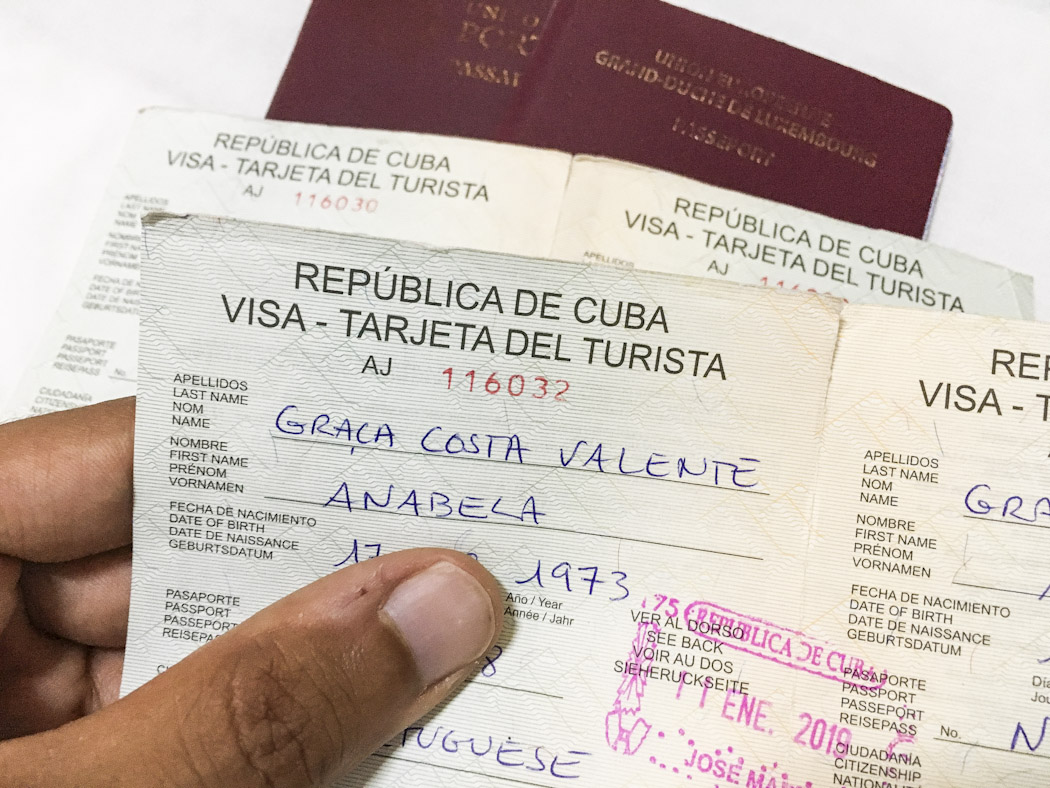 Finding the information on where and how to get a Cuban visa was the most difficult part of the process. We read everywhere that travel agencies handle the visas, but since we were flying to Cuba independently, it took us some time to find out how to get our visas without going through agencies and without going to a Cuban Embassy.

We got mixed information about getting a visa through the embassies in European countries. From ‘very easy and quick’ to ‘a pain and bureaucratic’, we wondered whether there would be an alternative to spending a day or two at the Embassy. If you have an Embassy next to your home place, that is probably the easiest option. If, like us, you would have to use at least two days on the road to go to the nearest Embassy (one day to do the procedures and another day to go and fetch the passports), then the solution we found will probably also work for you.

We found a Dutch website (www.cubavisa.net) that was providing that service and promised delivery in three days. We gave it a try and are happy that it all worked perfectly well. We inserted the requested data, made the payment online and in less than three days, as advertised, we received the visas, which were mailed by post to our address in Portugal, where we were staying at that moment. In all, we paid 29 EUR for each visa + 10 EUR for the shipping of both passports. It was worth all the trouble we were spared.

Our visa was valid for one month counting from the day of entry in Cuba. Since we planned to stay for two months, we had to ask for an extension once in the country. We did it during our stay in Santiago, two days before our visa expired. The procedure itself was uncomplicated. That officials could make it last one entire day fell on us as a surprise!

Knowing that we needed official stamps in the amount of 25 CUC (Cuban Convertibles), for each of us, we headed to the bank, early in the morning, to avoid the queues. We were quite lucky and managed to complete the operation in just two hours. Then it would be another ‘short’ wait for our turn at the immigration office, where we would hand the stamps, passport with valid visa and health insurance. But why making things simple, when we can take pleasure in complicating someone else’s life? The officer in charge, an old lady whose voice hinted at a strong cigar smoking habit, ran towards Jorge like a missile and barked that his shorts were inappropriate to the situation. To his defense we need to say, they were made of jeans and long enough to cover his knees (on a side note, there were officers wearing miniskirts and décolletés that would have made Marilyn blush! But true, no one else was wearing shorts but Jorge). A Spanish tourist (wearing proper attire), made Jorge a sign to go outside and exchange clothes, so that we would be allowed in and get our papers that same day. While outside he explained that the trousers he was wearing, were also not his. He too had to go back to his hostel and borrow a pair of trousers for some hours. Luckily, these trousers were helping more than one guy get an extension visa!