27 Reasons to visit Georgia (the country) in 2019 with photos

When we first visited Georgia, we were in the middle of August of 2017, and we had no idea by then that we would stay two entire months in this unexpectedly surprising country! Why did we stay so long? Because there are just so many reasons to visit Georgia and stay around!

If we had to choose only one reason why we felt so well in this country, perhaps we would elect the hospitality of Georgians! But, probably, it was an entire set of circumstances and not only one particular reason that made us stay. Today, as we look back to our stay in Georgia, we realise we were not alone in picking Georgia as a country to actually live in instead of having it as a transit country. There were way too many long-haul travellers there, and that couldn’t just be a kind of coincidence. So here are our ‘reasons’ why we kept postponing our departure from Georgia!

These are 27 reasons why everyone should visit Georgia now: 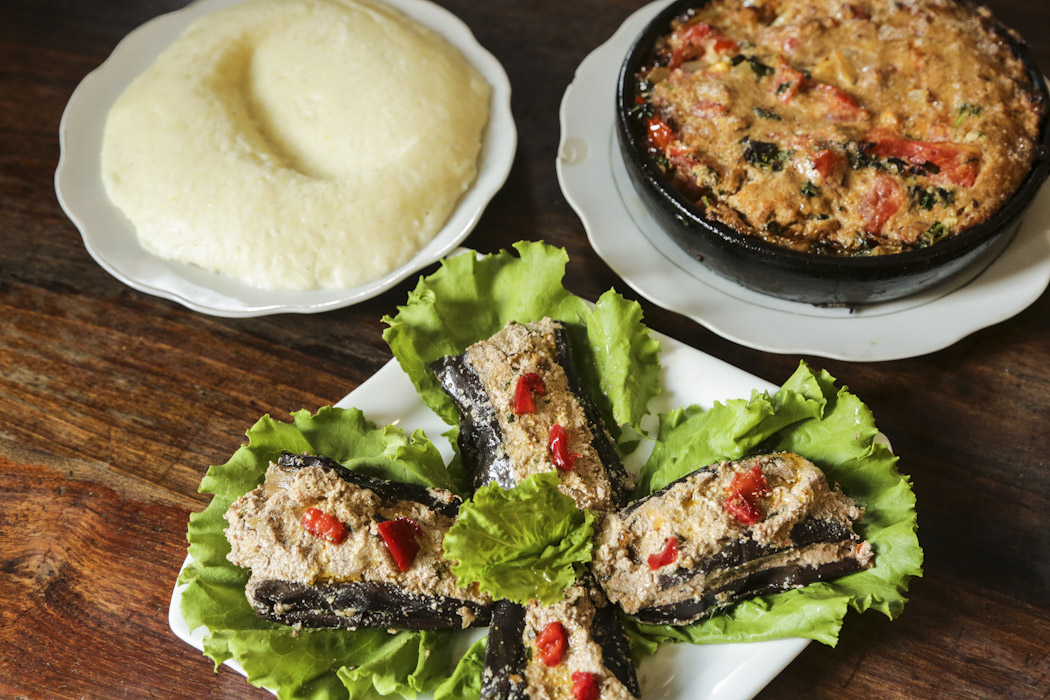 ‘Every Georgian dish is a poem’. These are the words of famous Russian poet Alexander Pushkin and we couldn’t agree more with them. Georgian traditional cuisine is a colourful poem made up of all the juicy ingredients provided by a mild climate, cooked with ancestral techniques, from the times when the merchants of the greatest empires – such as the Ottomans, the Mongols or the Persians, passed through Georgia, strategically located on the Silk Road. (You can read more about Georgian food here).

2. The Black Sea (Batumi and Ureki) 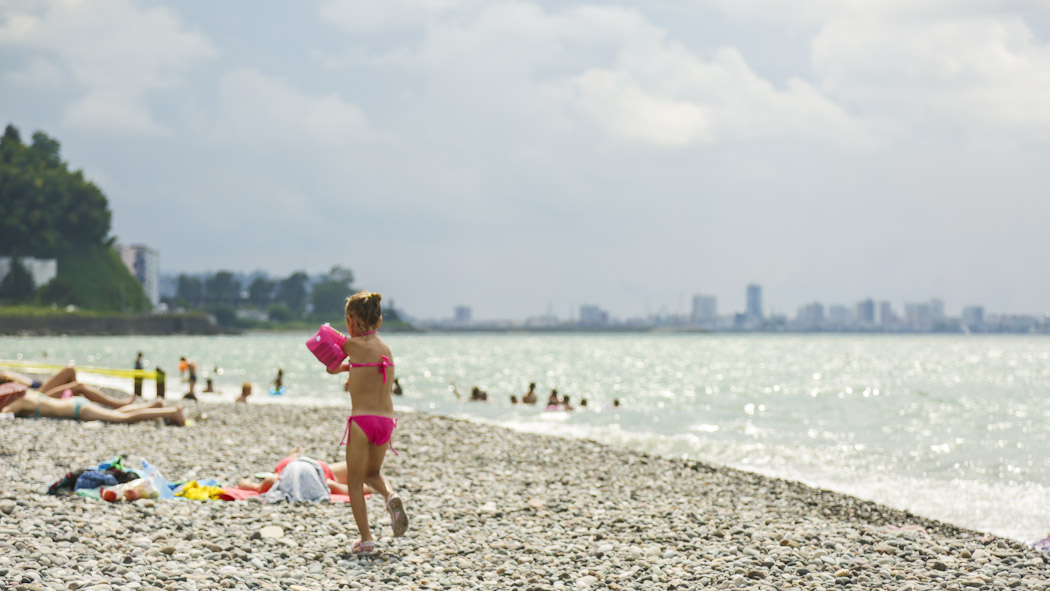 Batumi is a prosperous city that boasts a renovated historic old town, a lovely coast by the Black Sea, modern and ostentatious buildings at the Miracle park and a stylish seven-kilometre-long seaside boulevard. The beach-spa of Ureki is more modest and preferred by those that search its magnetic properties with healing powers. Chech the 10 top things to visit in Batumi. 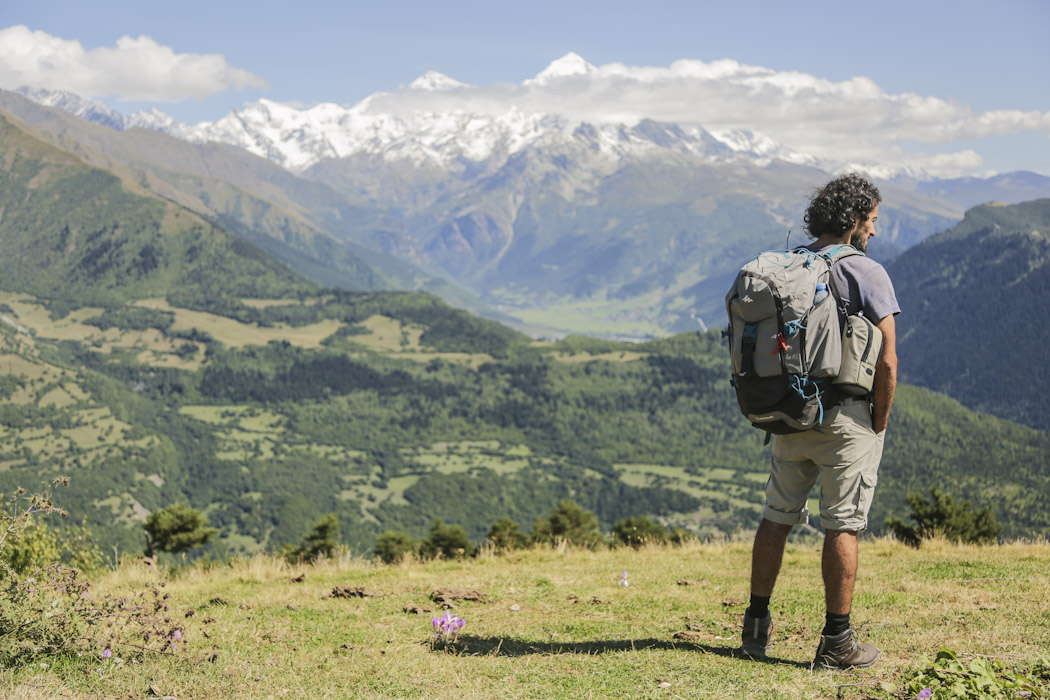 We drove to Mestia, where we had some of the most beautiful hikes in the region of Svaneti. The starting points of most of the trails are located in the town’s centre. We chose to hike the 25 kilometres round hike to the Koruldi lakes, situated at 2,740 metres on the way to Mount Ushba. Delighted, we could see the Greater Caucasus’ peaks, all around us, covered in white. See our best hikes to have in Svaneti. 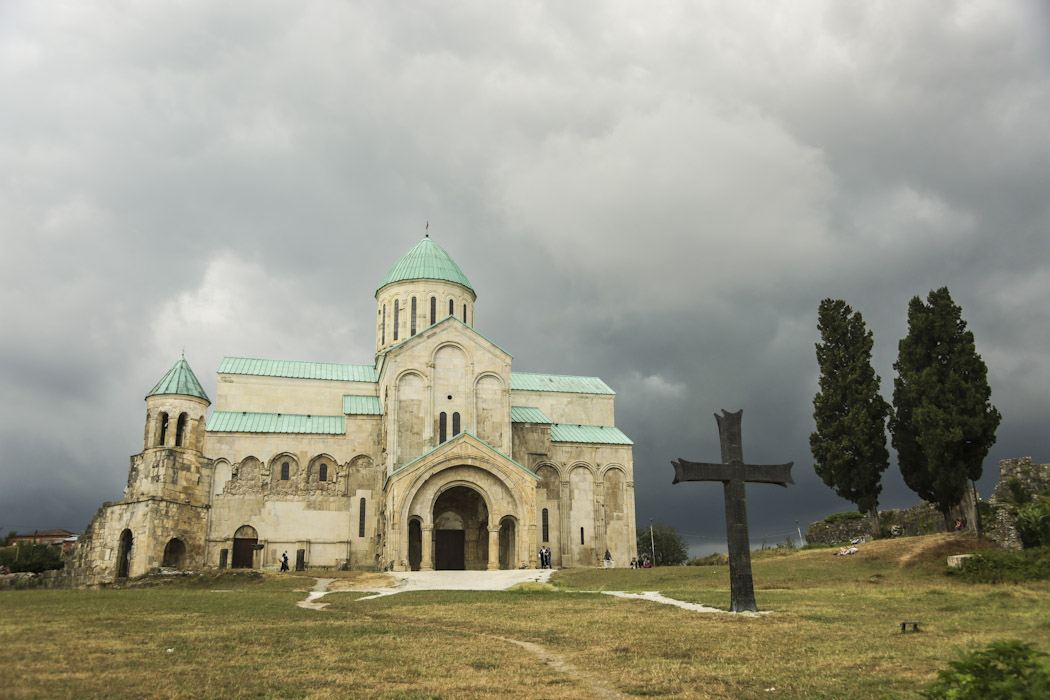 Kutaisi is not the prettiest of the Georgian towns. But it is a good base to visit the many points of interest in the area. The Orthodox cathedral of Bagrati was built in the eleventh century but has been severely damaged throughout the years. UNESCO has once considered it as a World Heritage Site, but after its reconstruction work removed it from the list. Also, read about what to visit in Kutaisi).

5. The village of Sighnaghi 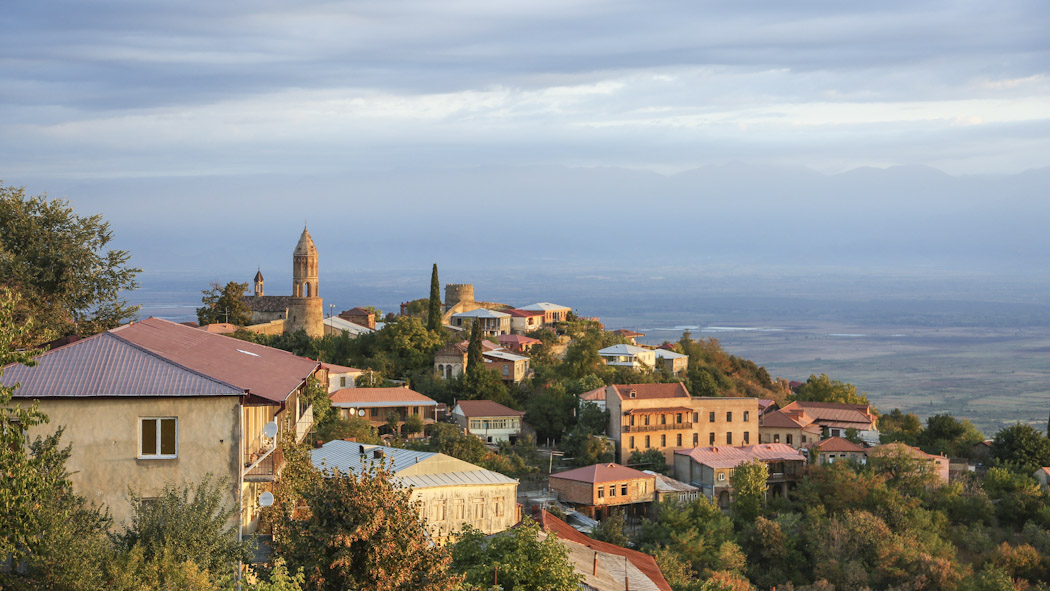 Sighnaghi is situated in the heart of the wine region, with a view over the Alazani Valley. The town has an undeniable Italian look, created by its hilly location, the houses made of brick and the wine cellars. In the serene and docile colours of sundown, the towers of churches and the tall cypresses accentuate the romantic feel of Sighnaghi… 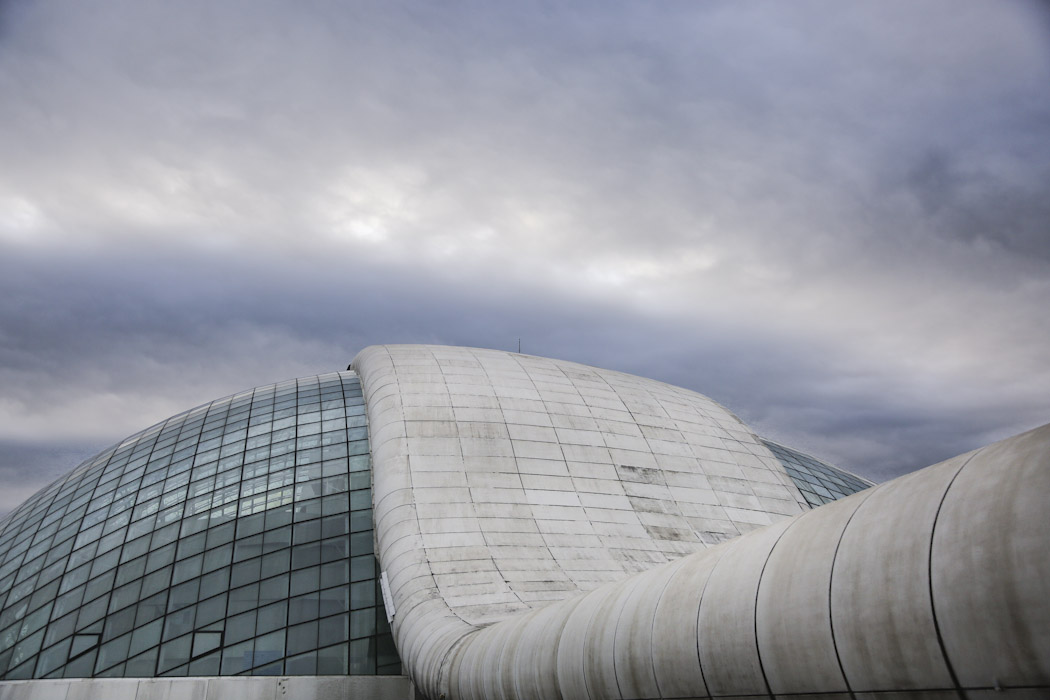 The new parliament building was inaugurated in 2012 in Kutaisi, 300 kilometres from the capital city of Tbilisi. The government promoted it as a symbol of Georgia’s democratic future and transparency. There are many contemporary buildings in the country, many of which were built during the rule of Mikheil Saakashvili, known for his love for architecture. 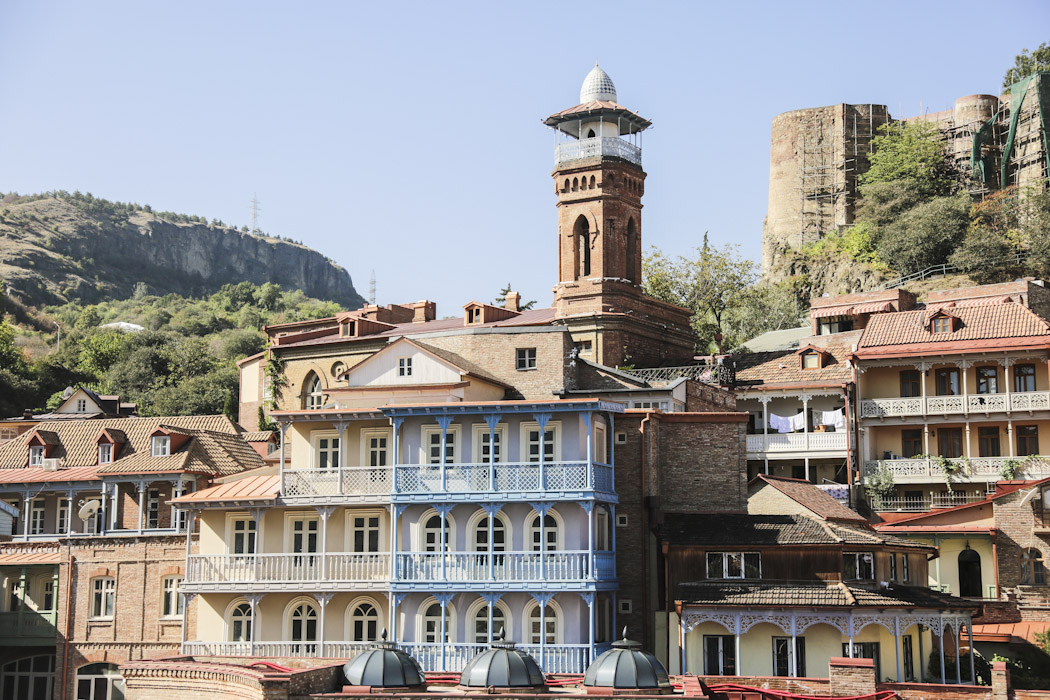 Tbilisi is traditional and modern, quiet and vibrant, humble and glamorous. It’s cosmopolitan style coexists with am almost parish feel. We were not at all surprised that we kept returning to this Euro-Asian capital (check the top 12 things to do in Tbilisi here).

8. The city of Kutaisi 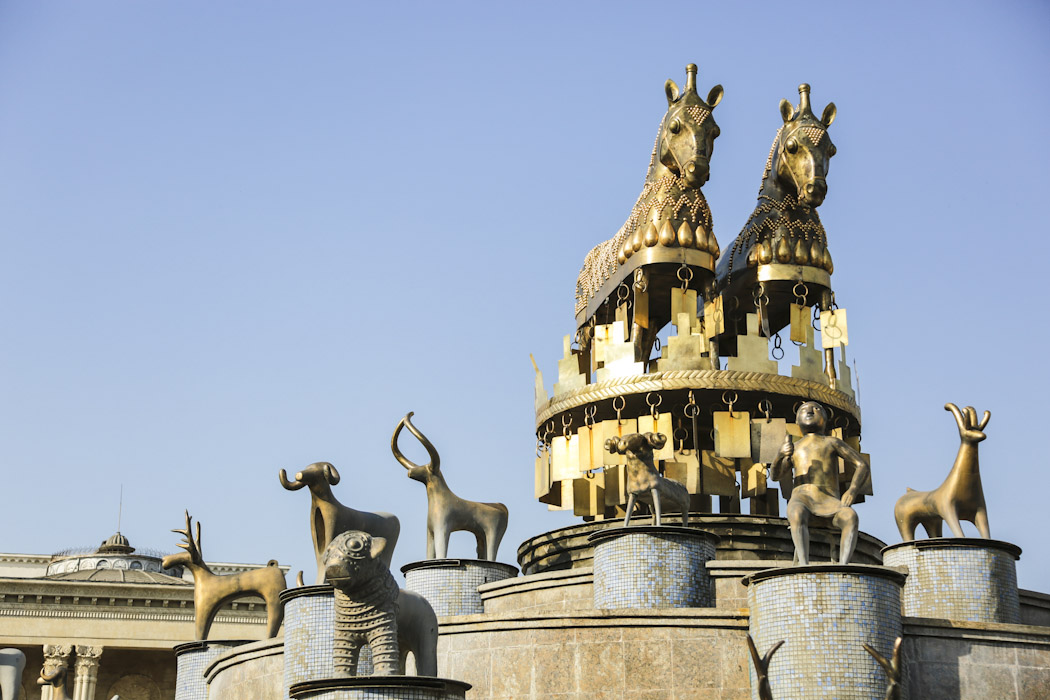 The city of Kutaisi is not amongst the prettiest cities of Georgia. However, it is an interesting base point to explore the region of Imereti. From Kutaisi there is only a short ride to the beautifully located Motsameta and Gelati Monasteries; the city is only a few kilometres away from the spectacular Okatse and Martvili canyons, and the natural wonder only recently discovered, the Prometheus caves. Read more about what to visit in Kutaisi. 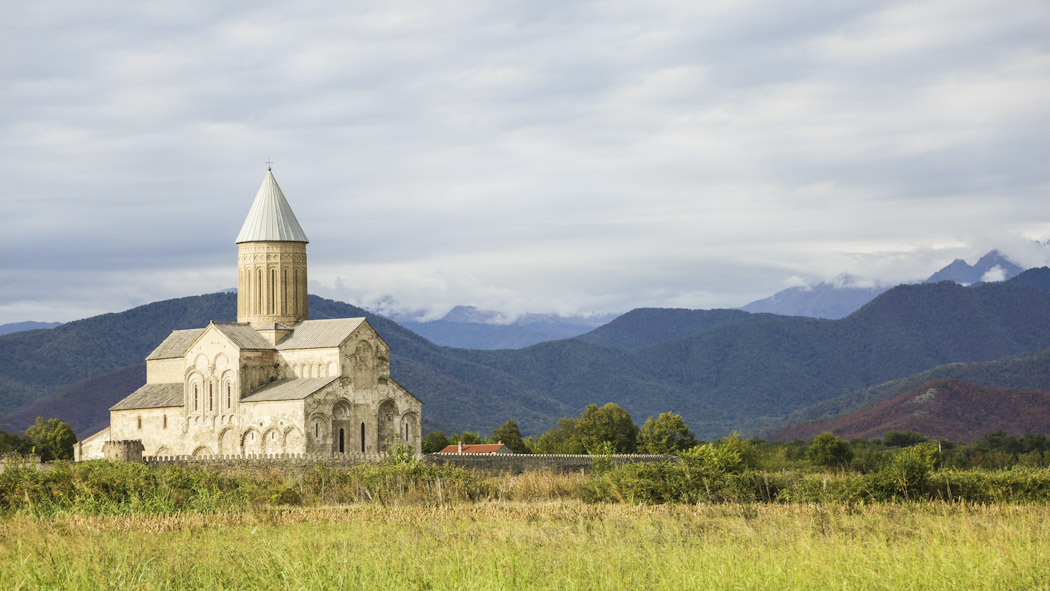 The Alaverdi Monastery is situated in the Kakheti region, the world’s oldest wine region. Besides being the second tallest religious building of Georgia, the monastery of Alaverdi is also known for producing its own wine and having a good wine cellar. 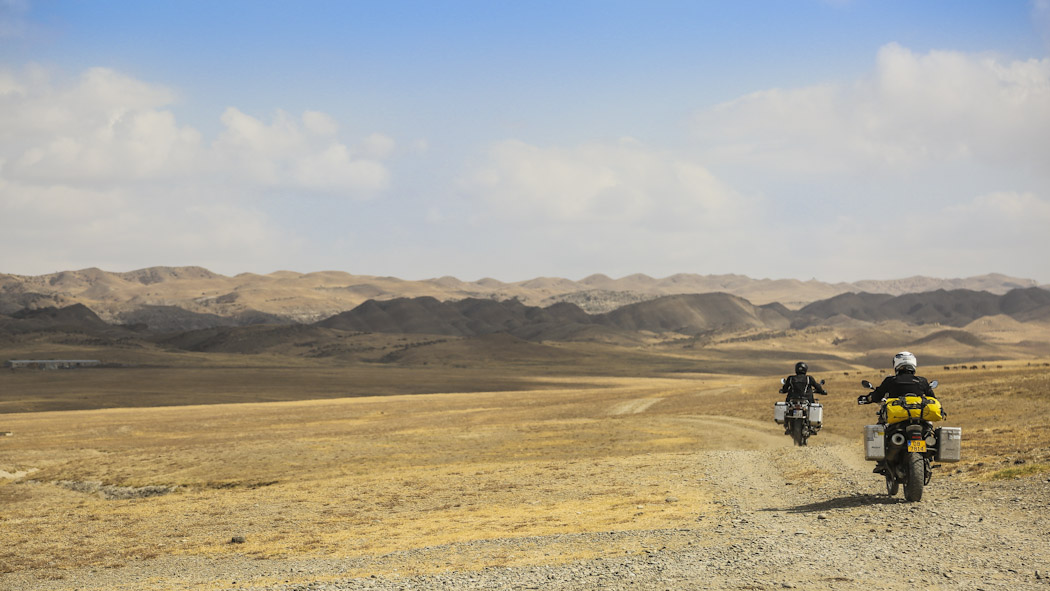 Located in the Kahketi region, the Georgian Orthodox Monastery David Gareja stands on the half-deserted slopes of Mount Gareja. The huge religious complex was built as much for religious reasons as for strategy. Its location, on the remote mountains, near the Azerbaijani border, was obviously for defence against enemy invasions. 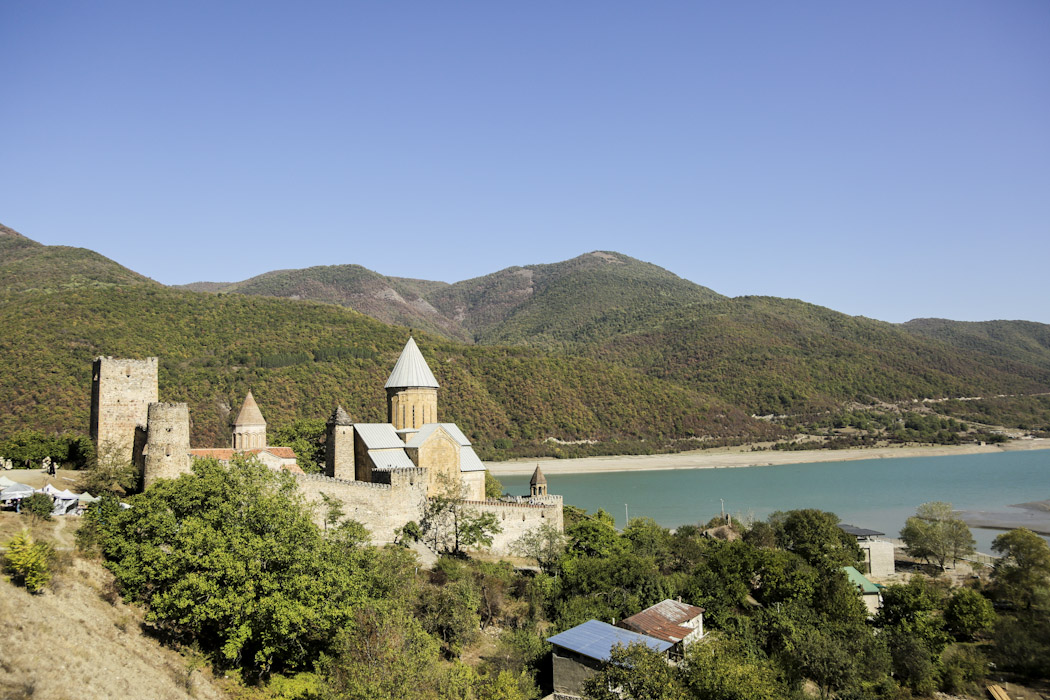 The Anani fortress was built on the bank of the Aragvi River in the 17th century. Nowadays, its quiet location makes it hard to imagine that once, in its past, the castle was the scene of numerous battles.

12. The Mount Kazbek in Stepantsminda (Kazbegi) 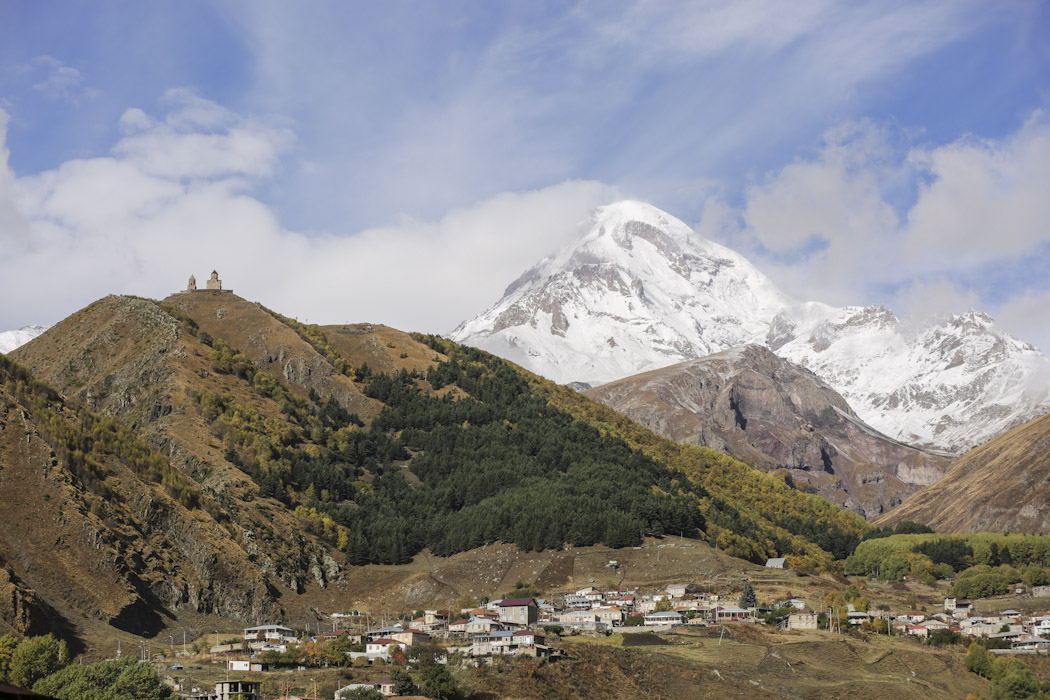 The Gergeti Trinity Church, located under Mount Kazbek, is one of the iconic symbols of Georgia. The hike from Stepantsminda takes around three hours along a lovely trail following the river upstream. 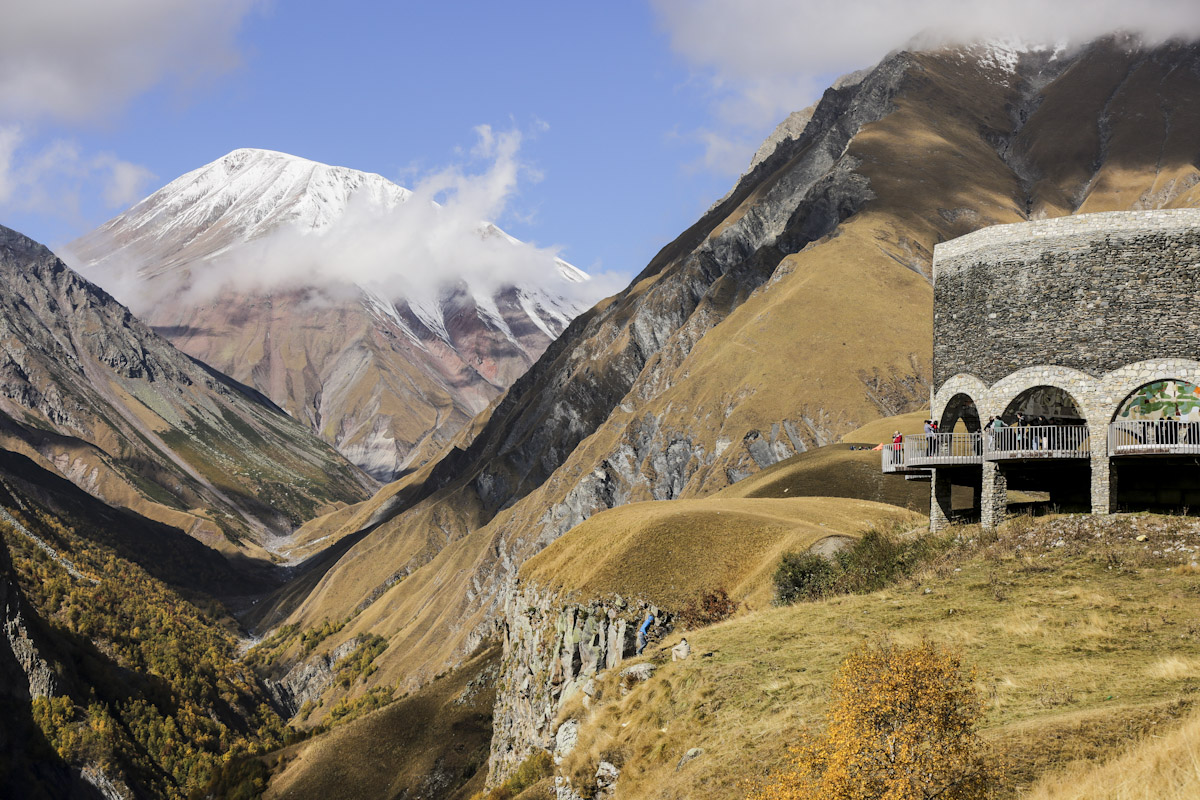 This is one of the most beautiful mountain roads in the world. It runs between Tbilisi and Vladikavkaz (in Russia). It is a historic route that has been used both for traders and invaders. On the right side, the concrete monument commemorates friendship between the two neighbours and was built in 1983. 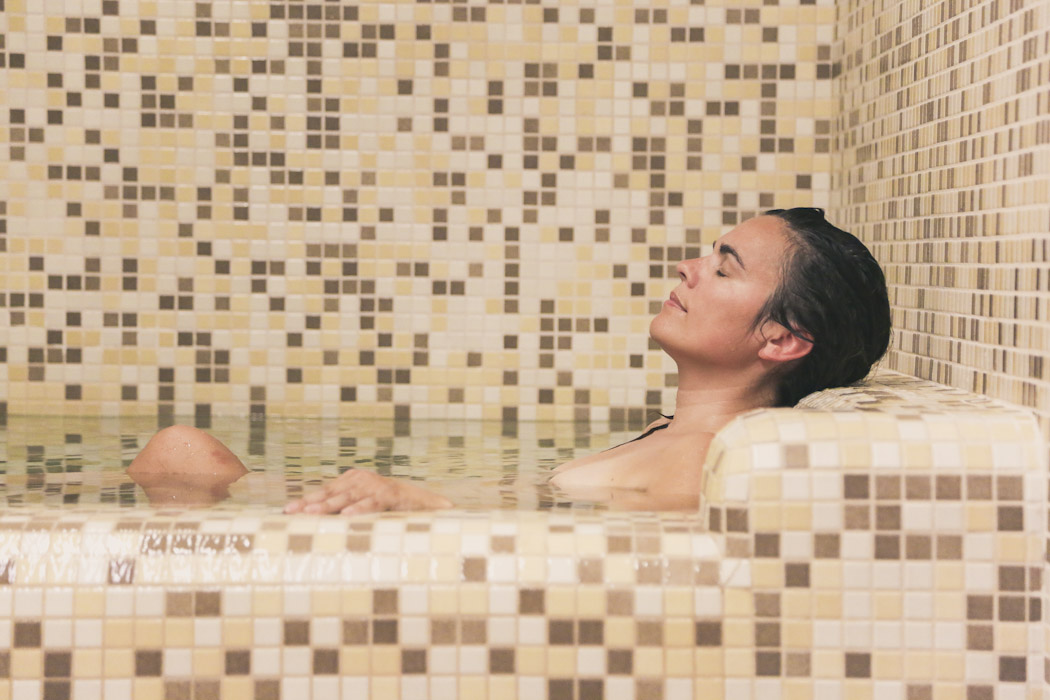 The Abanotubani district is dedicated to the art of relaxation with the traditional sulphur baths. There are dozens of sulphur baths, as it is said that Georgians cure their hangovers with a sulphur bath followed by a Khashi soup. There are bathhouses for all budgets, with different levels of luxury and Zen-like atmosphere, all offering hot water, massages and scrubs. The cheaper, the more authentic the place. 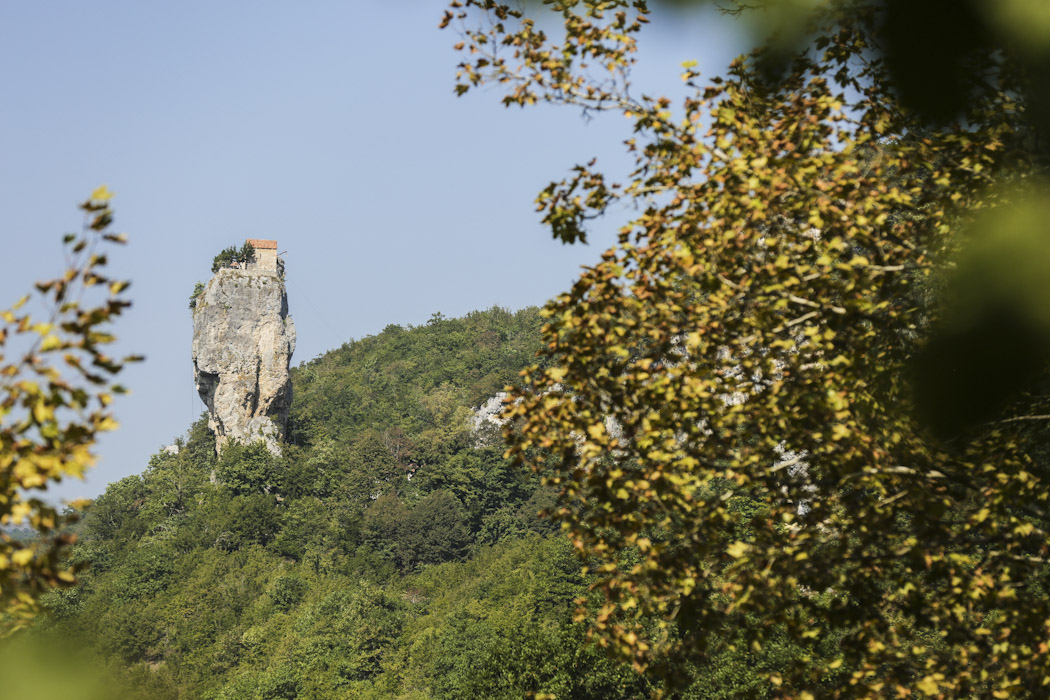 In previous centuries, some stylite monks sought reclusion atop the forty-metre high Katskhi pillar. In 1944 a group of mountaineers made the first documented ascent of the Katskhi pillar and reported the existence of two stylite churches. Around 20 years ago, the pillar’s religious activity saw a revival, when the monk Maxim Qavtaradze decided to live on the church atop the pillar, isolated from the world for two years. 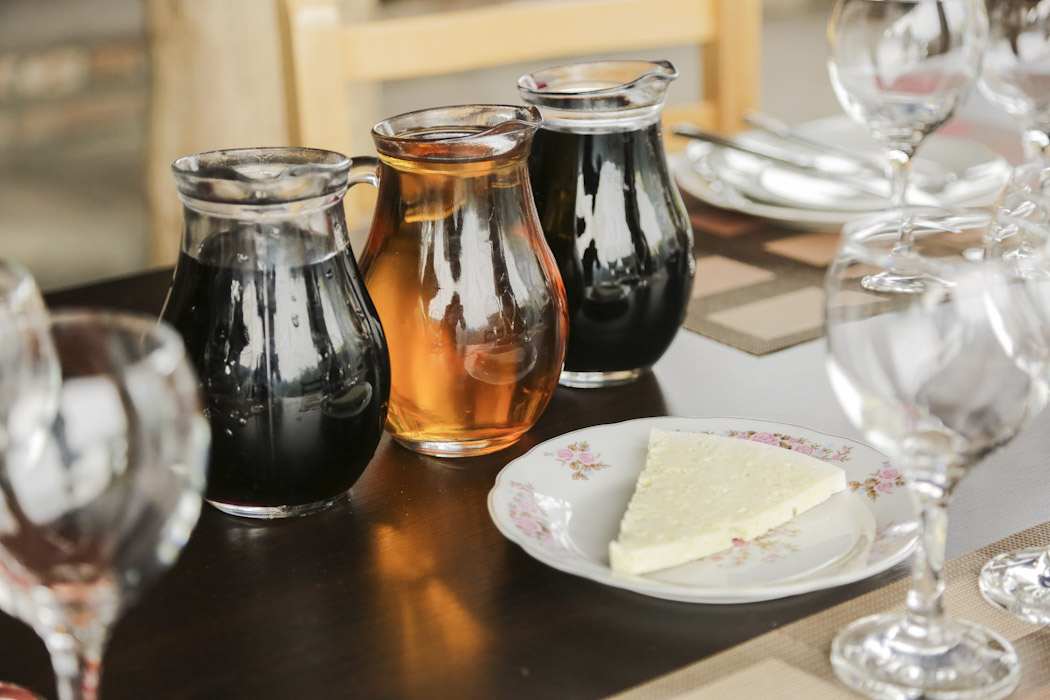 Georgians are proud of the title that the country holds of being the cradle of winemaking. Georgia has been producing wine for at least 8,000 years. Their traditional winemaking method, called Kvevri, has been listed in UNESCO’s Intangible Cultural Heritage of Humanity.

17. The spa town of Borjomi 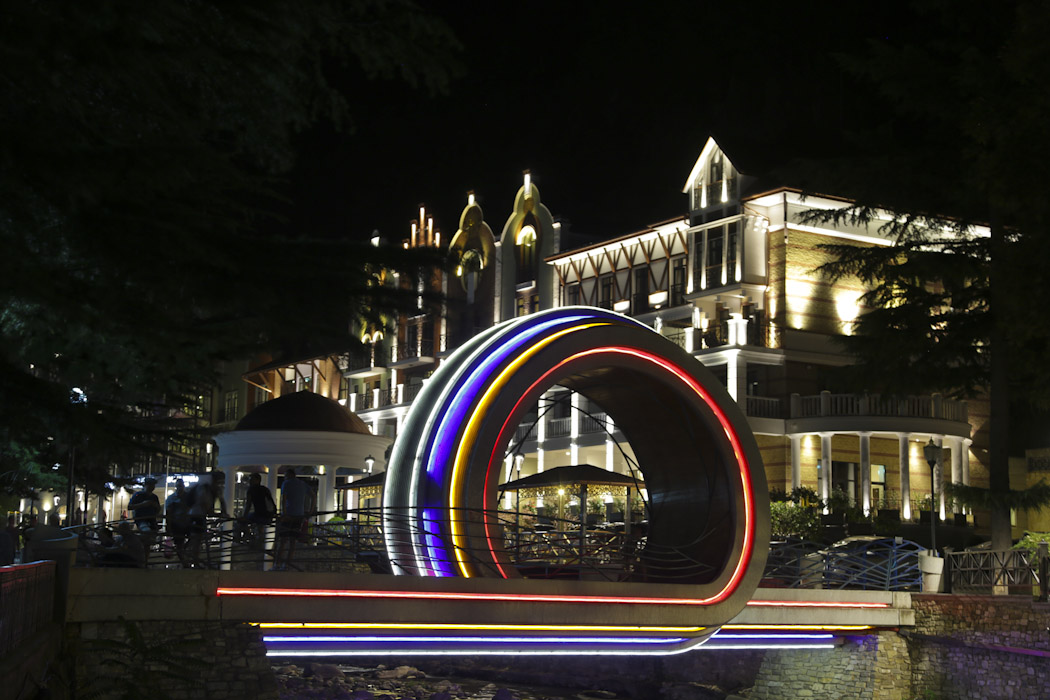 Borjomi is a resort town situated amidst the Lesser Caucasus. The healing powers of the mineral springs of the region are the reason why so many search Borjomi as a treatment spa area. Also, the Borjomi-Kharagauli National Park is the ideal place to have some of the loveliest hikes through the Caucasus forests.

18. The cave monastery of Vardzia 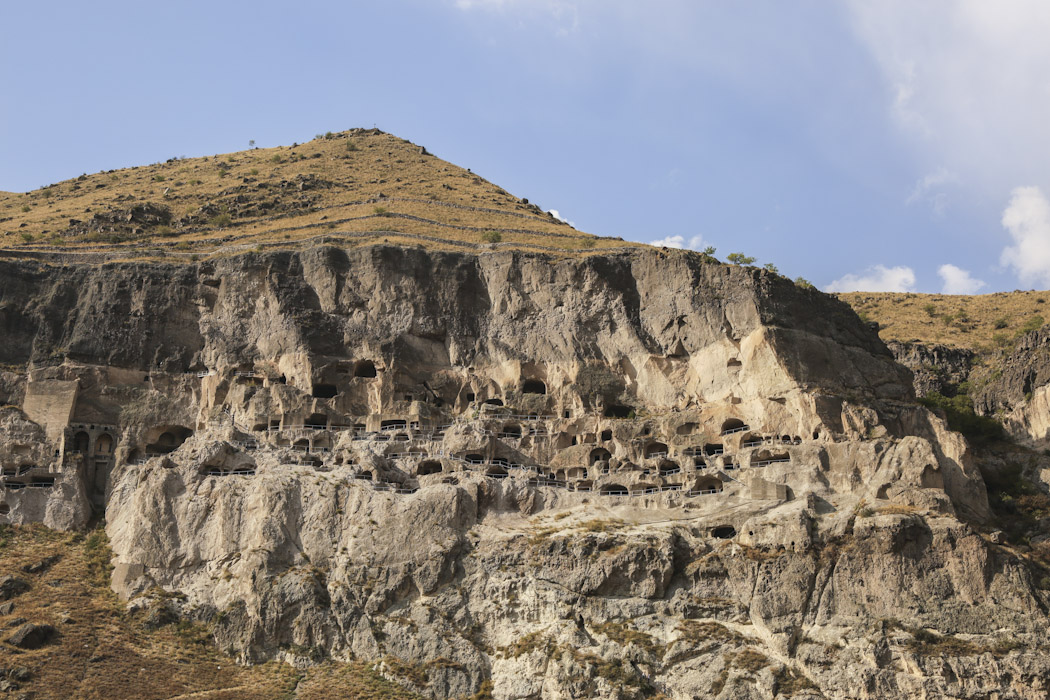 The site started being hollowed out on the Erusheti Mountain in the 12th century. It is a religious complex, which held more than 6,000 caves in the past. Several chambers collapsed because of heavy rain or earthquakes. In the 16th century, the site was attacked and all the monks killed. Today the site is open for visitors to see the more than 400 chambers, including the old monks’ cells and also meeting rooms, refectories, churches and even wine cellars! 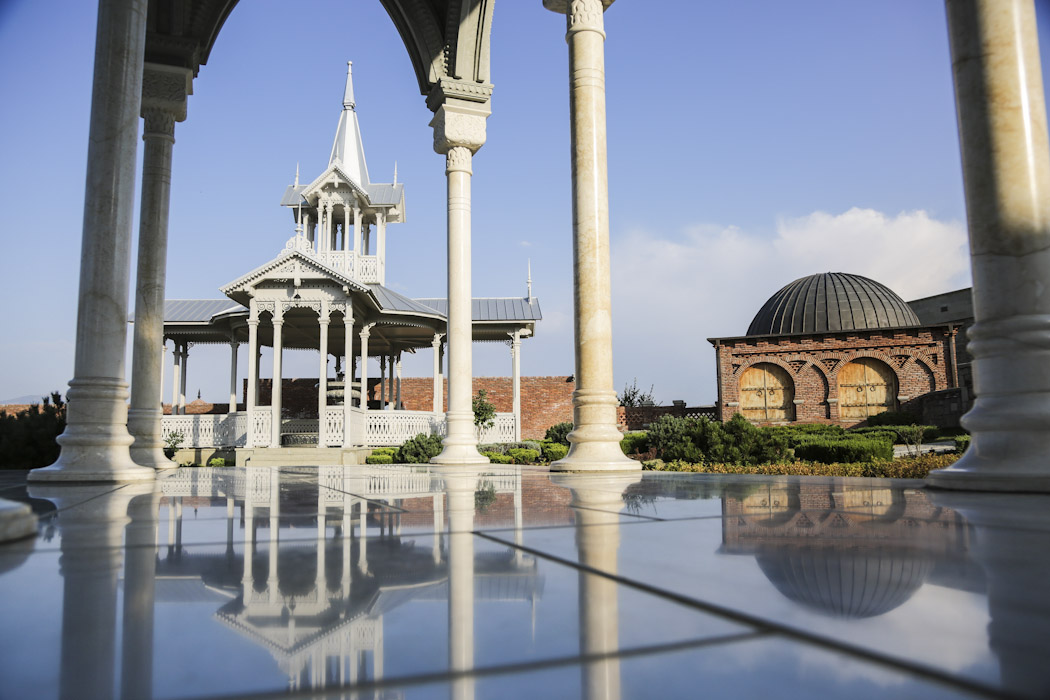 Situated in Akhaltsikhe, the Rabati Castle is a medieval structure which was renovated in 2012. The result of the renovation works is controversial, as some consider that the original aspect and style of the fortress is lost. Interesting is that the inside the fortress, besides the Palace, a museum and the citadel there is one mosque, one minaret, one synagogue and one Christian church. 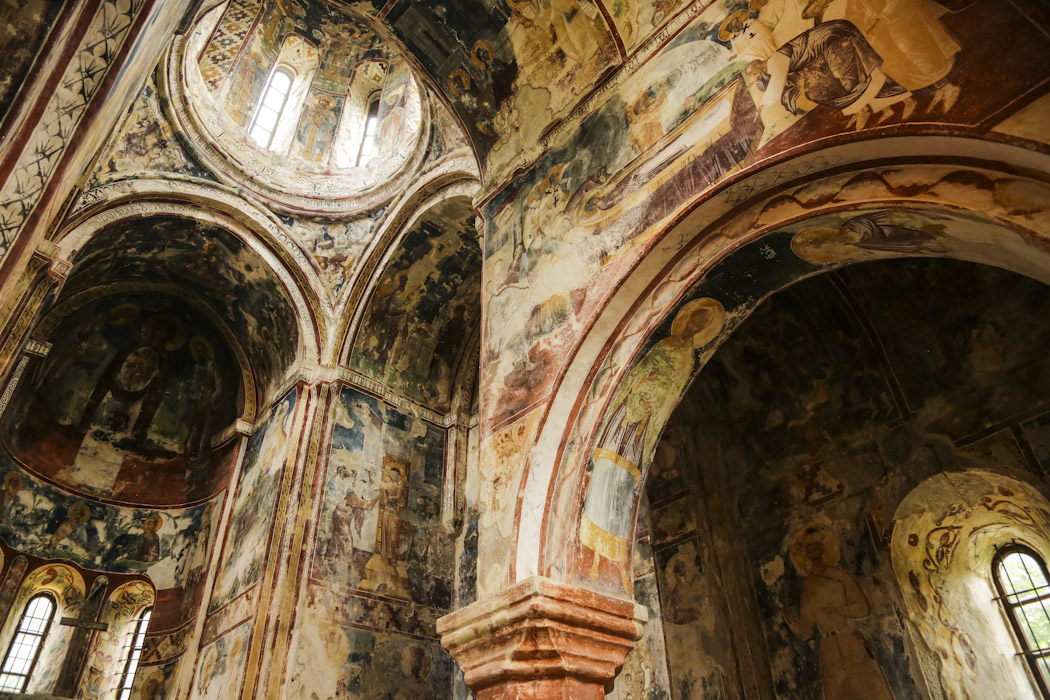 Built during the Georgian Golden Age, the Gelati monastery is a UNESCO World Heritage Site. The impressive 12th-century murals and mosaics are themselves what makes a visit to this monastery imperative. Read more about Kutaisi.

21. The remote village of Ushguli 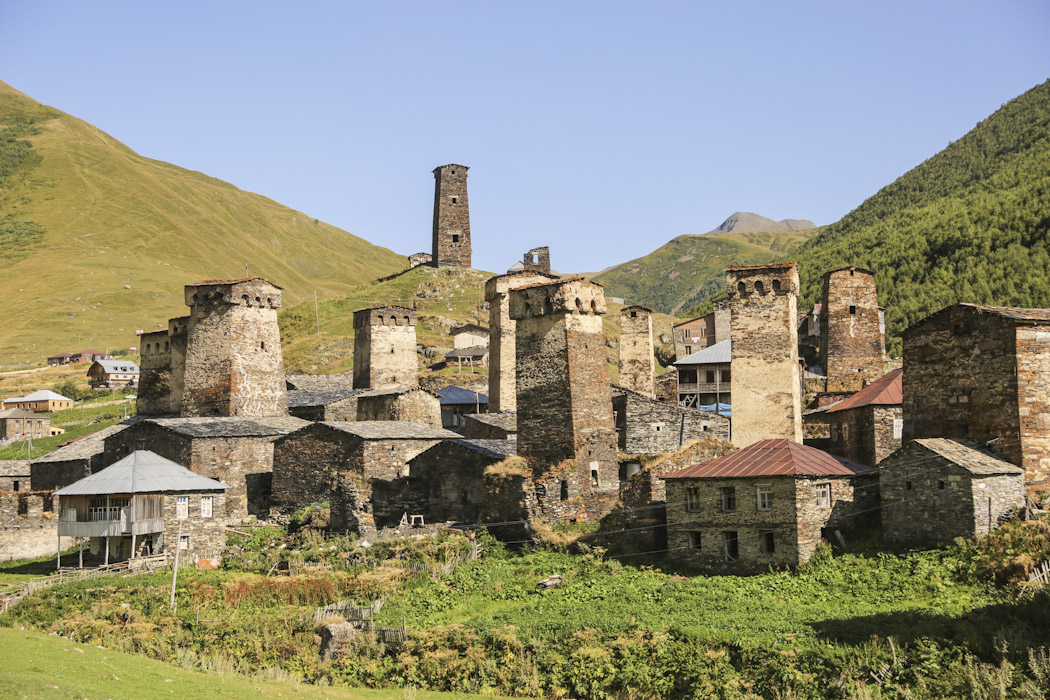 The characteristic Svanetian stone towers rise out of the villages making these look even more picturesque. They are historic and defensive house-towers, built in the middle ages, and used both for protecting against external attacks and against avalanches. 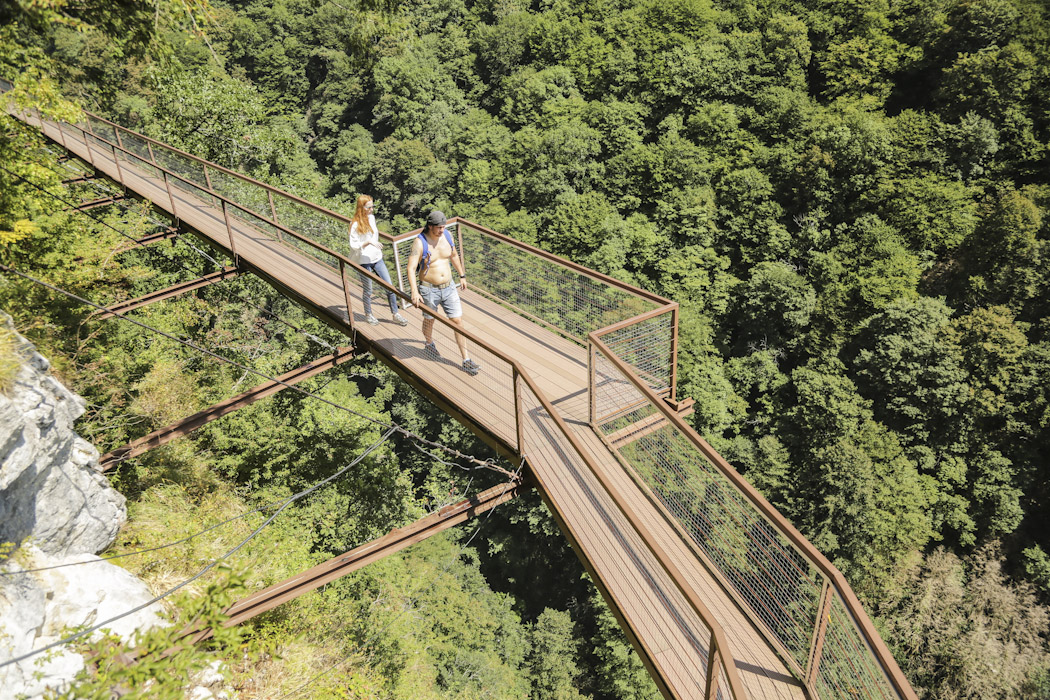 The Okatse canyon measures about 16 kilometres in its length, its width ranges from 10 to 15 metres, while its depth is about 50 metres. Along the canyon, as well as in the nearby area, you can find several waterfalls, the longest of which, Kinchkha, measures 70 metres high. 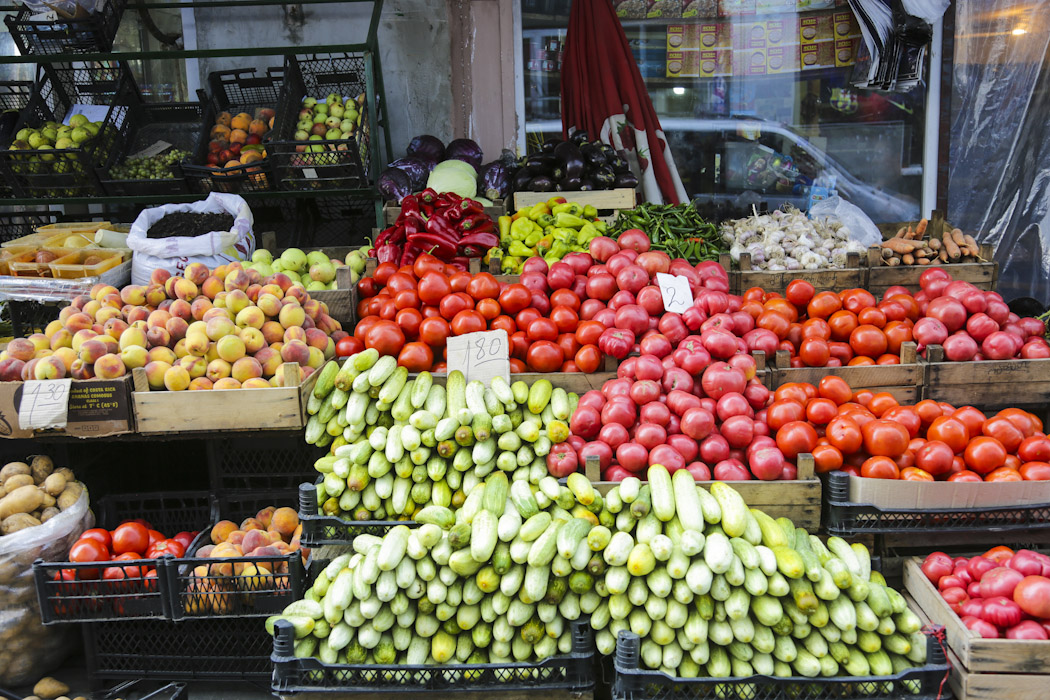 Georgia has won the diariesof title for the country with the BEST TOMATOES ever! A title that we used to attribute to Portugal. If you know of any other country that has better tomatoes than Georgia we are happy to acknowledge it. Please send us some seeds so that we can verify the authenticity of your claim! 🙂 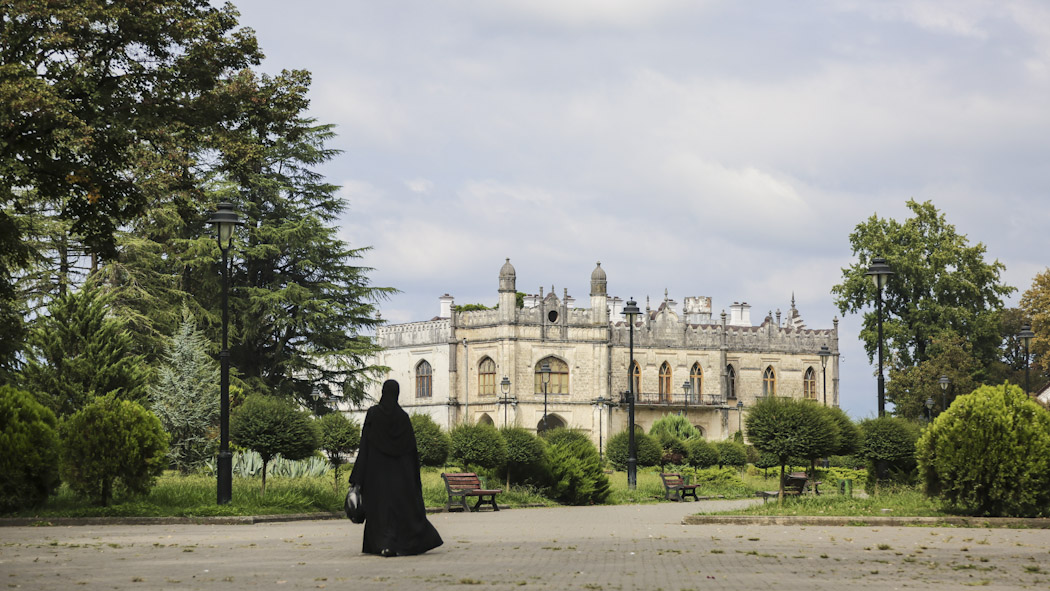 The Dadiani Palace belonged to the governor of the region of Samegrelo, Davi Dadiani. It is located in the centre of the city of Zugdidi and it is nowadays a museum, where it is also possible to visit the palace, its church and the botanical garden. 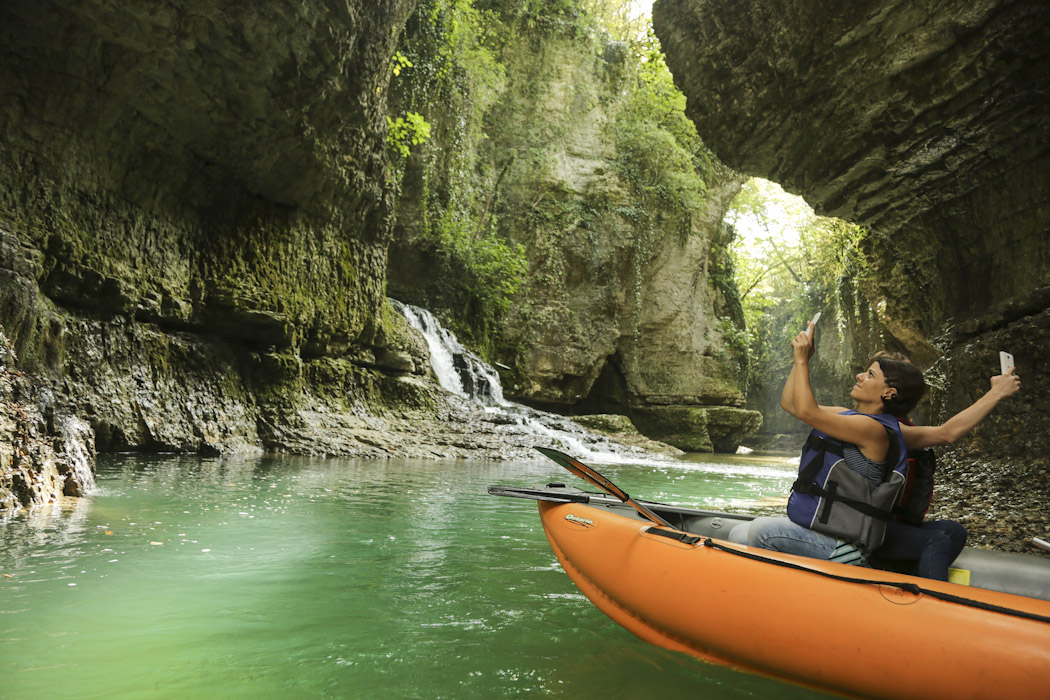 The canyon used to the summer refuge of the noble Dadiani family, who enjoyed using its natural green pools to bath. Nowadays, wooden catwalks have been built and there are boat trips to visit the limestone canyon up and down the river gorge. Read more about Kutaisi. 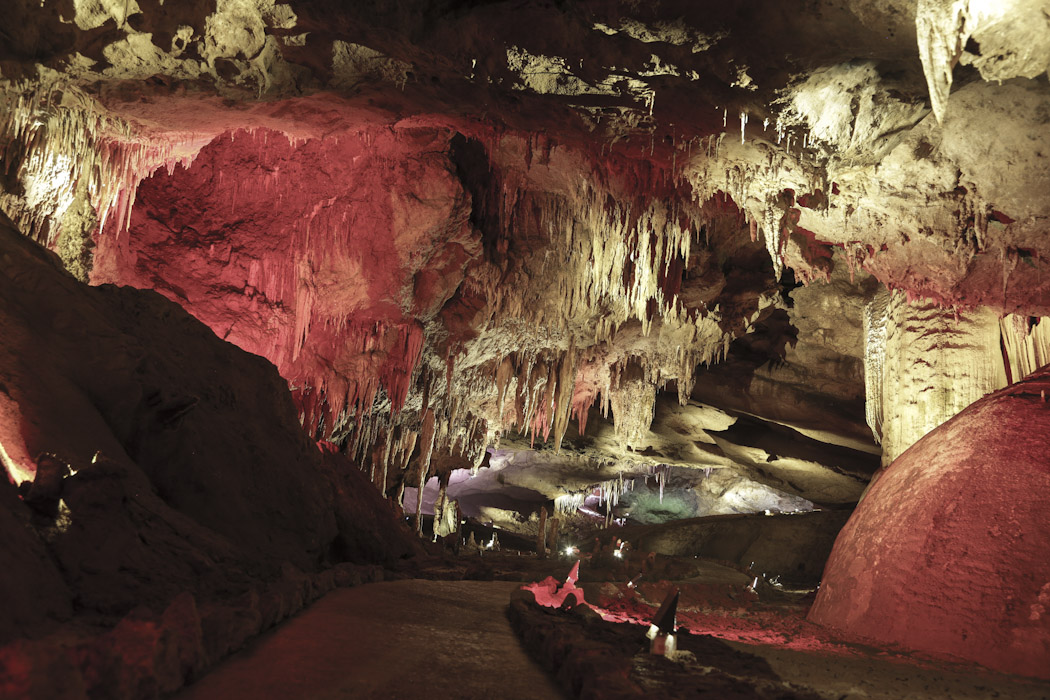 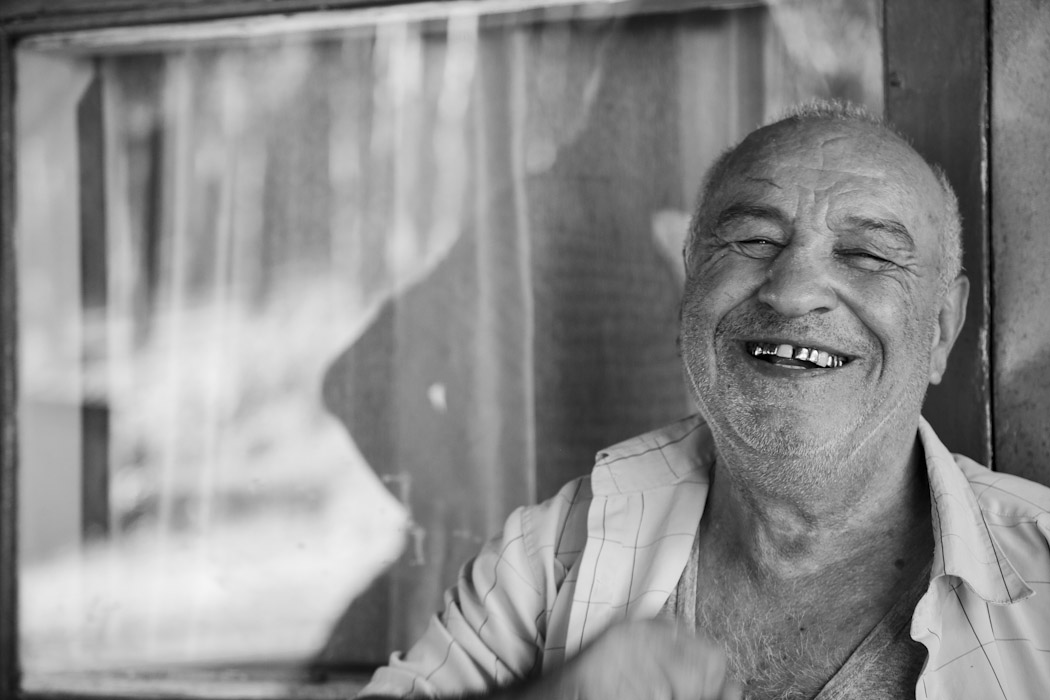 Last but not least! It is never too much to remind the hospitality and generosity of Georgians! When you go to Georgia, go with time, so that you can enjoy the numerous invitations to join Georgians celebrating life around a table, with tasty Georgian food, Georgian wine and chacha! Enjoy!

If you liked the article and the video about Georgia, you should have a look at our magazine for more inspiration about Georgia, and to show your support for this project 🙂