Have you ever experienced a descent of 3,500 metres in a few hours? Mountain, fog, rain, and then sun, bike, thrill, adrenaline, excitement, rainforest… a few words to describe this amazing experience of riding in a place as spectacular as enchanting – the Death Road in Bolivia!

Around one hour away from La Paz, the capital of Bolivia, the Death Road was built in the 1930s during the Chaco War by Paraguayan war prisoners.-The road is sadly known as one of the most dangerous roads in the world. It has been estimated that nearly 200 to 300 people lost their lives every year on this road and that one car would fall over the edge every two weeks. Nowadays, the road is mainly used by the few adventurous riders and, despite the existence of an alternative much safer road, some drivers still keep using it. 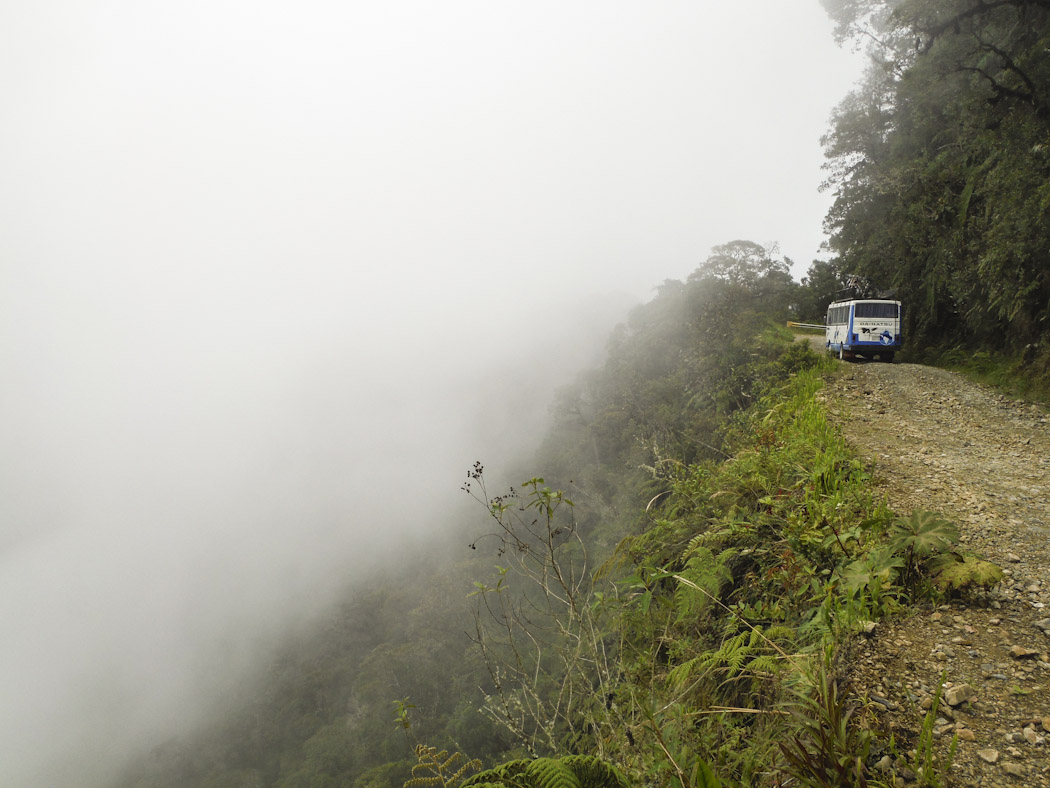 One day I watched a TV report about extreme roads all over the world, in which the Bolivian Road was mentioned. So last December when I went to Bolivia and the highest capital city in the world, La Paz, I decided not to lose such an opportunity to experience this legendary road. I booked a tour with one of the numerous agencies in the city. For 75 bolivianos (the Bolivian currency), I was next morning, in a mini-bus that picked me up (and another 20 foreigners riders) at the hotel. We drove for about an hour to reach our starting point: El Cumbre, at 4,700 metres of altitude. After getting out of the bus, our guide distributed the equipment (helmet, jacket, pants, gloves, elbow and knee protections) and allocated a bike to each person. 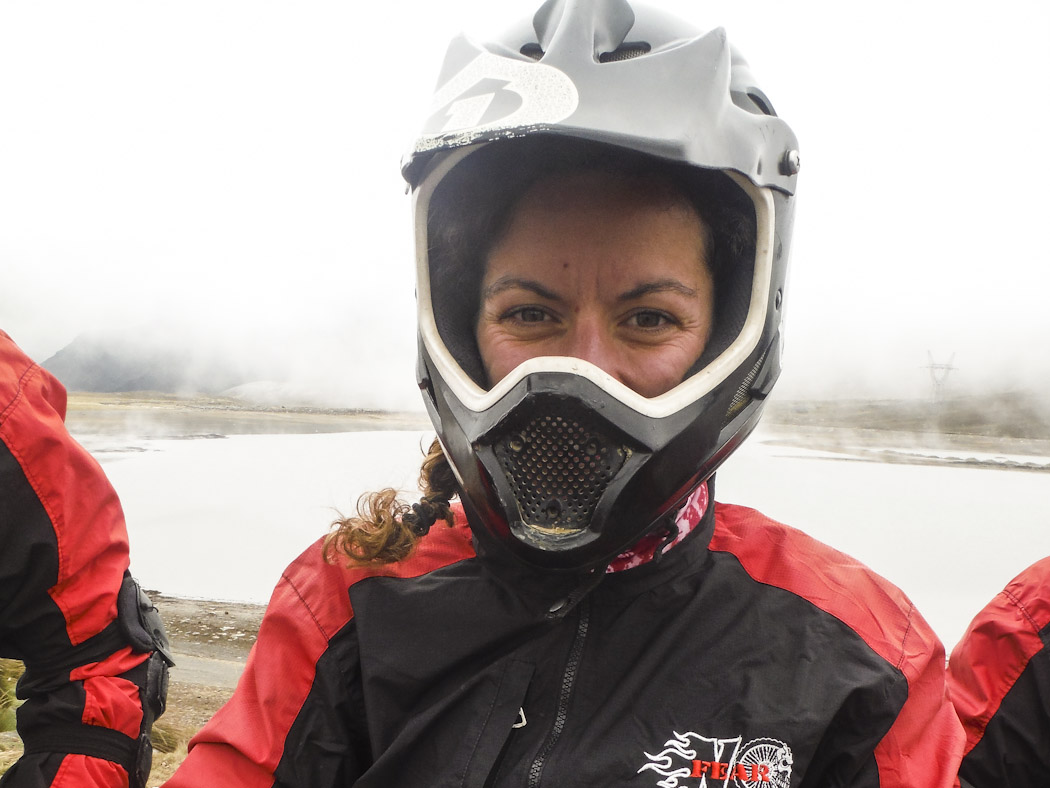 Ok, let’s start with the 1st part of the ride! 21 kilometres down a tarred road in order to get used to our bikes. This took us approximately one hour but can be more or less, depending on the general speed of the group. The weather was very cold and foggy. We couldn’t see more than three metres ahead and the rain was striking against our faces violently. I was praying for a change of the weather conditions. After a short stop to comfort our stomachs, we went back into the bus for another eight kilometres to reach the second part of the trail, and the most exciting one: the real and unique ‘El Camino de la Muerte’.

At this time, I started feeling a change in the air and in the weather conditions, which were much more tropical. What a poignant moment when I was facing this amazing panorama with a thick fog which disappeared within a few minutes and I could finally catch a glimpse of the sinuous trail of this mythical road drawn on the hillside. Magical! 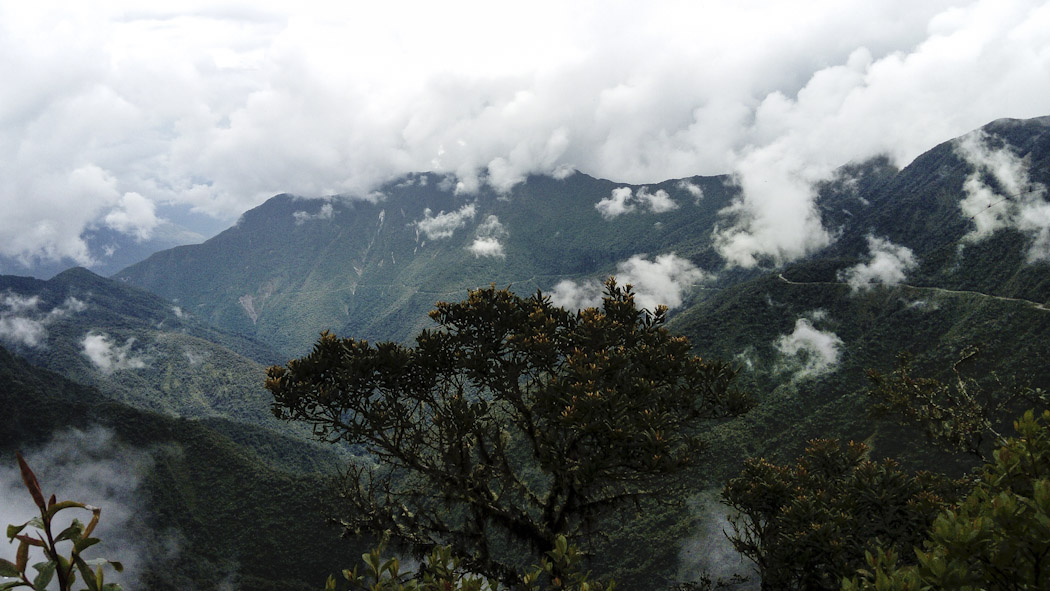 Before taking our bike, our guide instructed us that one of the main road rules specifies that the downhill driver has absolutely not the right of way and must keep to the outer edge of the road. So in other words ‘guys, pay attention and keep on the edge side if you come across a car, bus or truck’. I was hopping up and down with impatience to take my bike! There would be 42 kilometres ahead of us…

From the beginning of the descent, I realised how hazardous this place was. This was a road, or better call it, a gravel trail, hardly three metres and a half wide, having on one side a vertical rock face and on the other side… a cliff that extended to a depth of 600 metres. I couldn’t imagine how two trucks could possibly cross at the same time! After five minutes, I experienced my first shudder, after sideslipping in a rock. Fortunately, I managed to keep my balance and keep going. 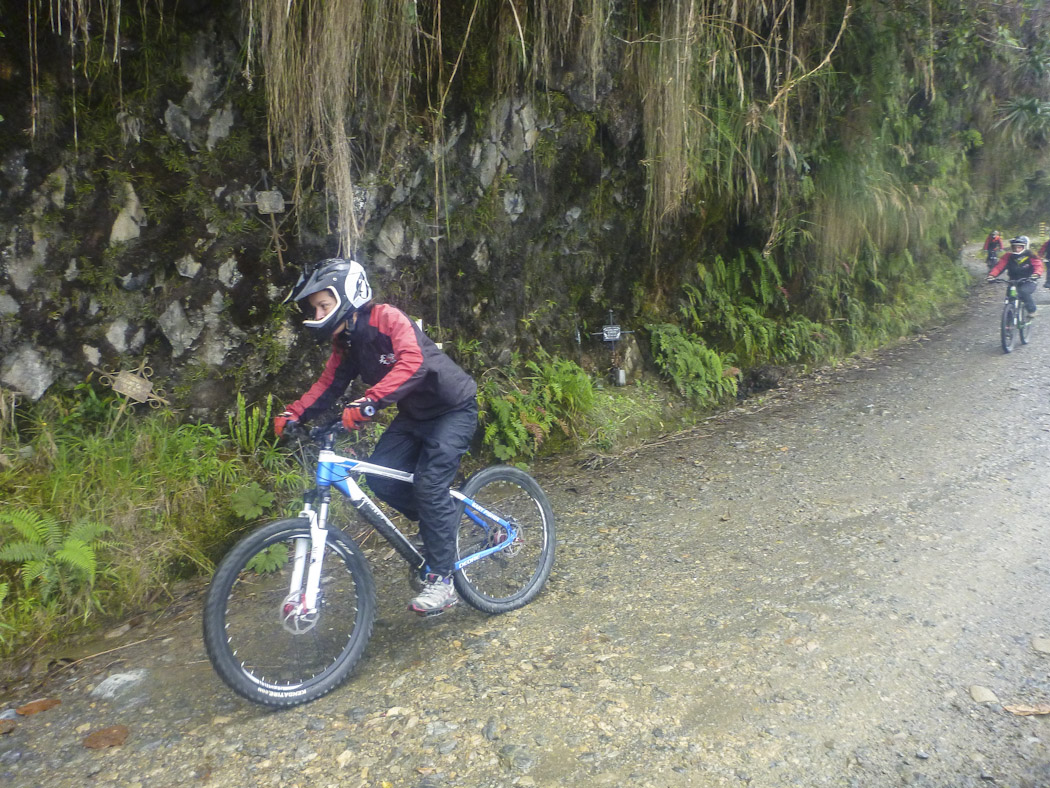 During the descent, we stopped a few times to take some pictures and enjoy the scenery. After fifteen minutes, I could already feel the pains coming all along my arms because of the vibrations of the rocks… and probably because of the tension and fear of plunging to the edge of the cliff.

Sometimes I got enjoyment from accelerating and jumping over some small bumps, but I have to admit that I forgot somehow the main rules, and kept more to the inside of the road than to the edge.

I decided to reduce a bit the pace in order to admire the landscape, to fill my mind and my heart with all the sensations and emotions that irradiate from this stunning place. Touching the mother earth, looking at the fauna & flora and the greenness of the trees, hearing the noise of the waterfalls under which we rode through… Pretty much all your senses are awake. 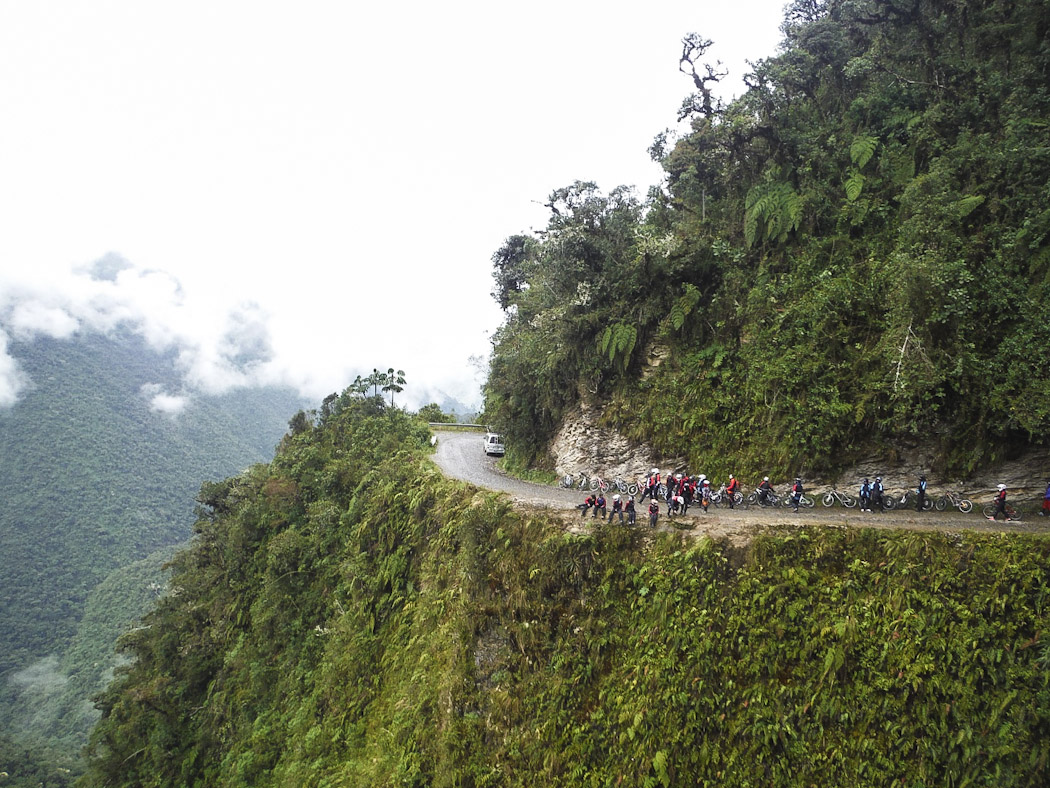 We didn’t see a car during the day except for our transport van which remained behind the group from the start to the end of the tour. I still cannot understand how vehicles could have made their way on such a tiny lane during so many years. Many crosses alongside the road remind the passers-by of fatal accidents. 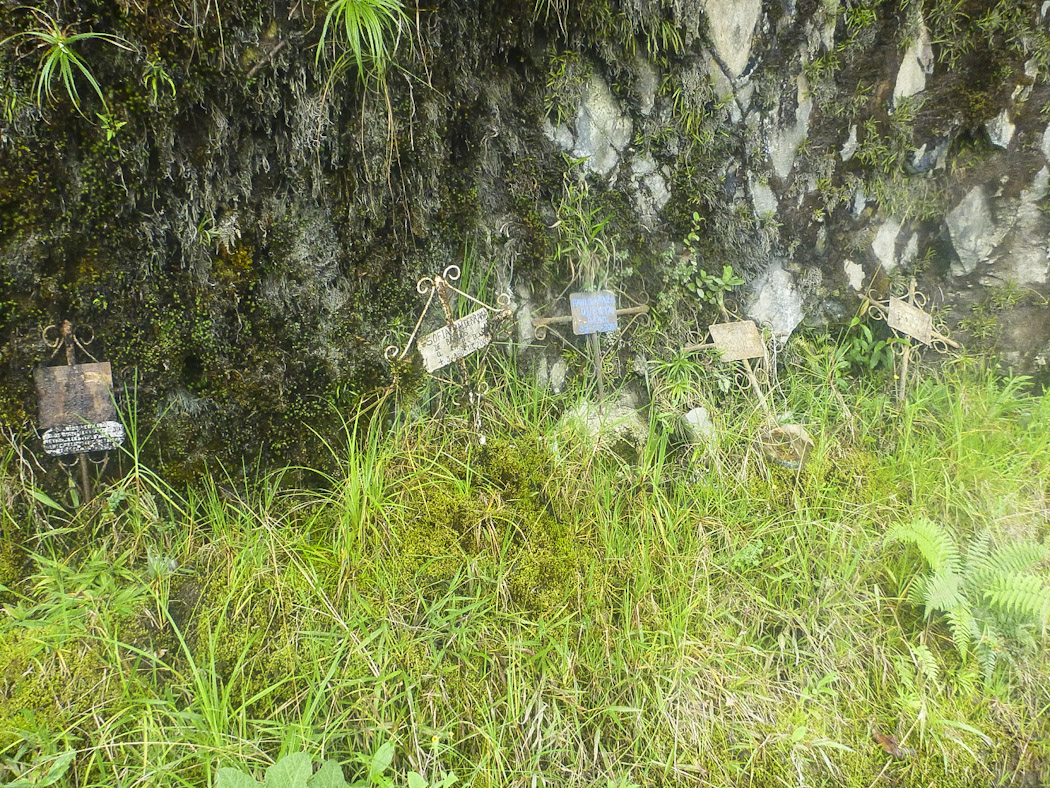 We reached our final point in Yolosa, at 1,200 metres after a 4 hours ride. We were happy to finally remove our clothes, as it was now very hot, about 27 degrees. After such a thrilling experience, I am happy I can confirm – I have survived the Death Road!