A tourist visa to Uzbekistan lasts 30 days. In the beginning, we thought we would need a few days only to visit the highlights of the country. However, we ended up using our visa until the last day and would have loved to stay a few days longer in this country.

Uzbekistan is slowly opening up to tourism. Visa procedure is getting simplified and changes are happening very quickly, with rumours of a possible electronic visa being heard around the travel community. Also, police officers have stopped seeing tourists as a source of income, and nowadays tourists are not stopped at the regional police controls. At the borders, officers are even friendly.

These are 21 reasons why everyone should visit Ukbekistan now:

It looks tasty and it is even tastier than what it looks like! This is plov, an Uzbek typical rice dish prepared with meat and a lot of grated carrots and onions. It is often cooked on a large open pan (a kazan) on an open fire. The best ones have a variety of dried fruits added at the end of the cooking, such as raisins or barberries. 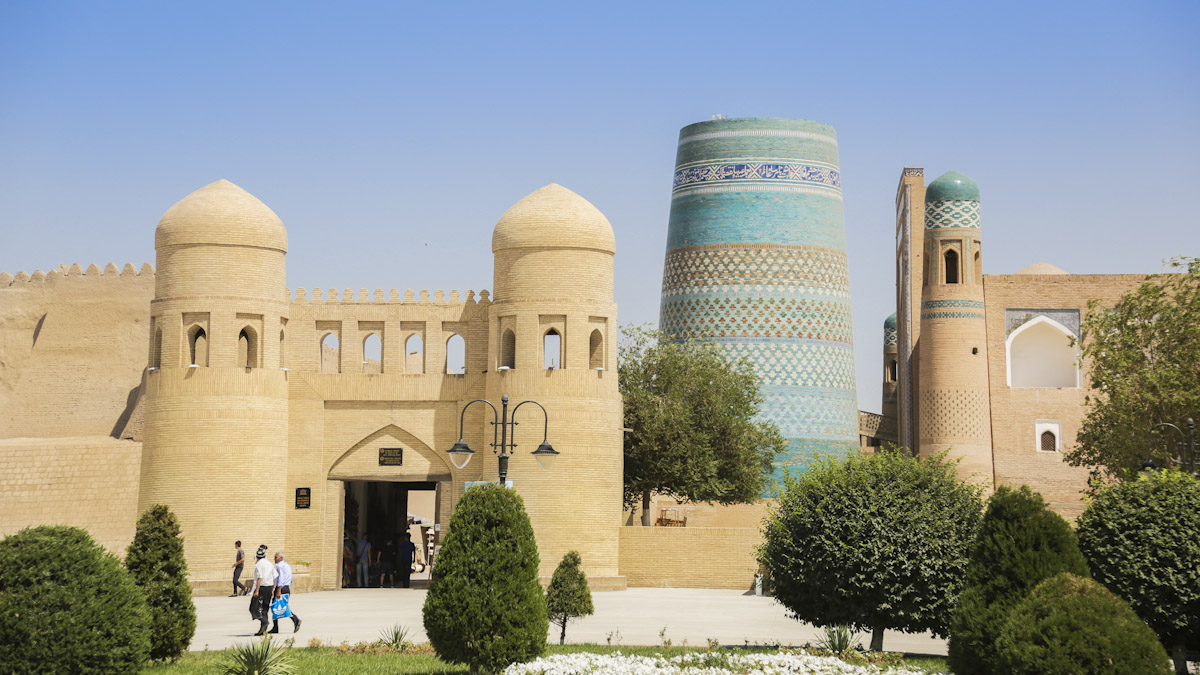 Bazaars, choyhonas, and villages that live (or have lived) for commerce. Bustling with tourists now, with slaves in the past, the array of mosques, madrassas and bazaars give an idea of the importance the city once held. We were charmed by this village-museum and couldn’t get enough of strolling through the narrow streets, specially at night, when temperatures dropped to an almost comfortable and relieving 32 degrees… 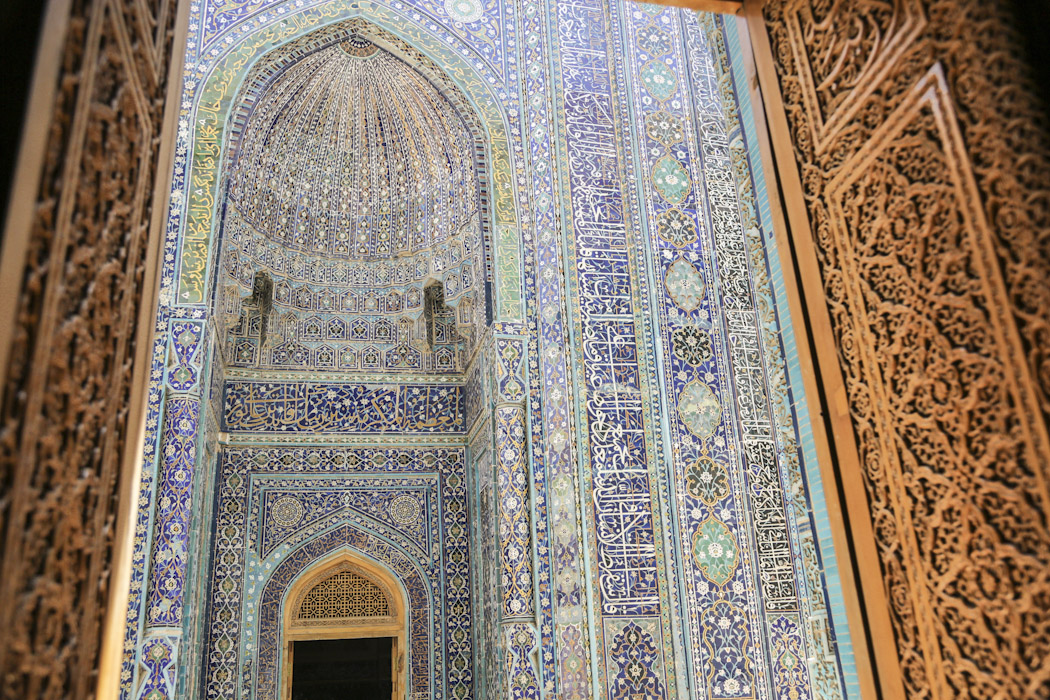 Samarkand is another World Heritage site. It was the capital of the Tamerlane empire and holds his mausoleum and the mausoleum of his family, a spectacular sight in the city. The city has preserved many other notable landmarks such as the Registan and the Bibi-Khanym mosque and several madrassas.

Find out what to visit in Samarkand. 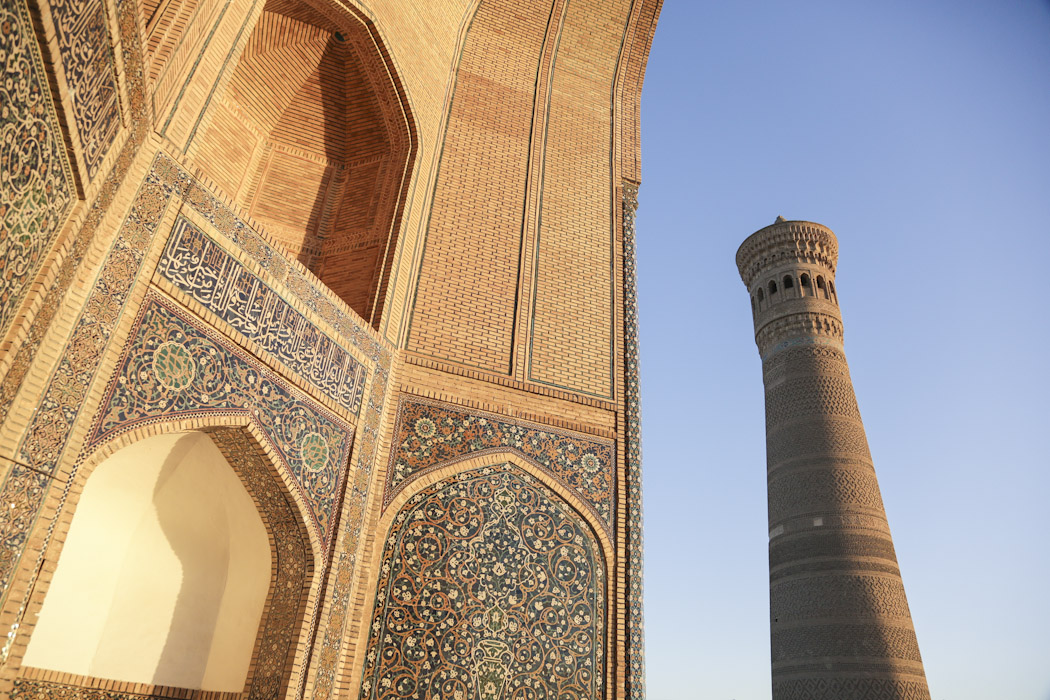 Bukhara is another city museum on the Silk Road. The historic centre of Bukhara is a world heritage site, and that is no wonder considering its more than 140 historical buildings. 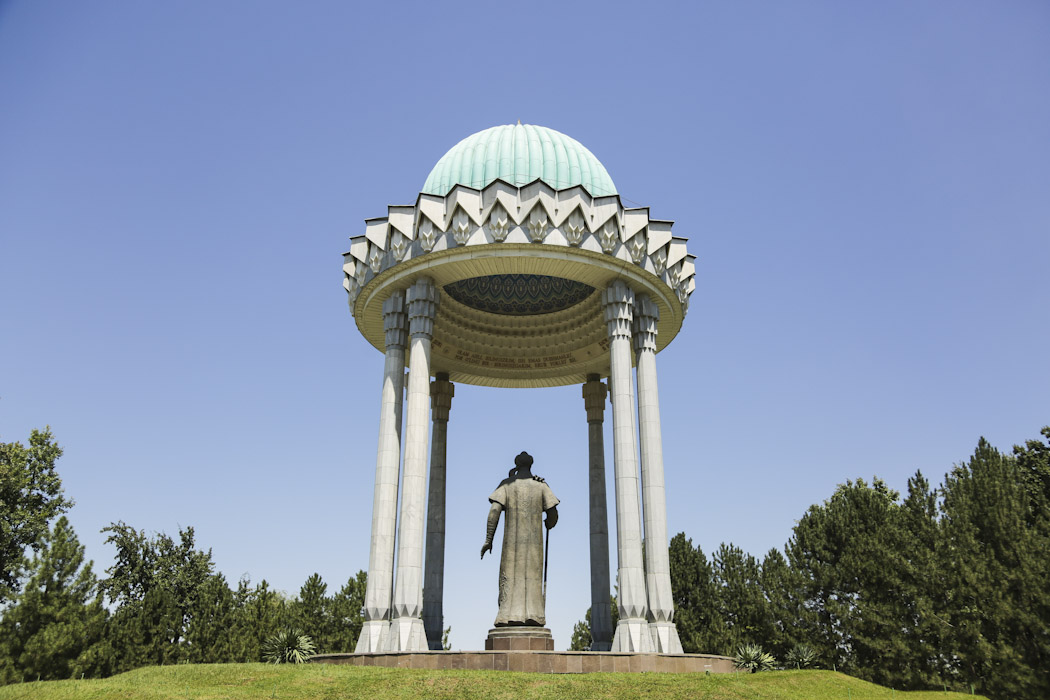 The capital of Uzbekistan literally means ‘city of stones’. However, the city is known within the country as the green city, because of the enormous parks and green spaces inside the city. The Navoi Park is one such place, with many places to rest and enjoy a quiet moment in the busy city. 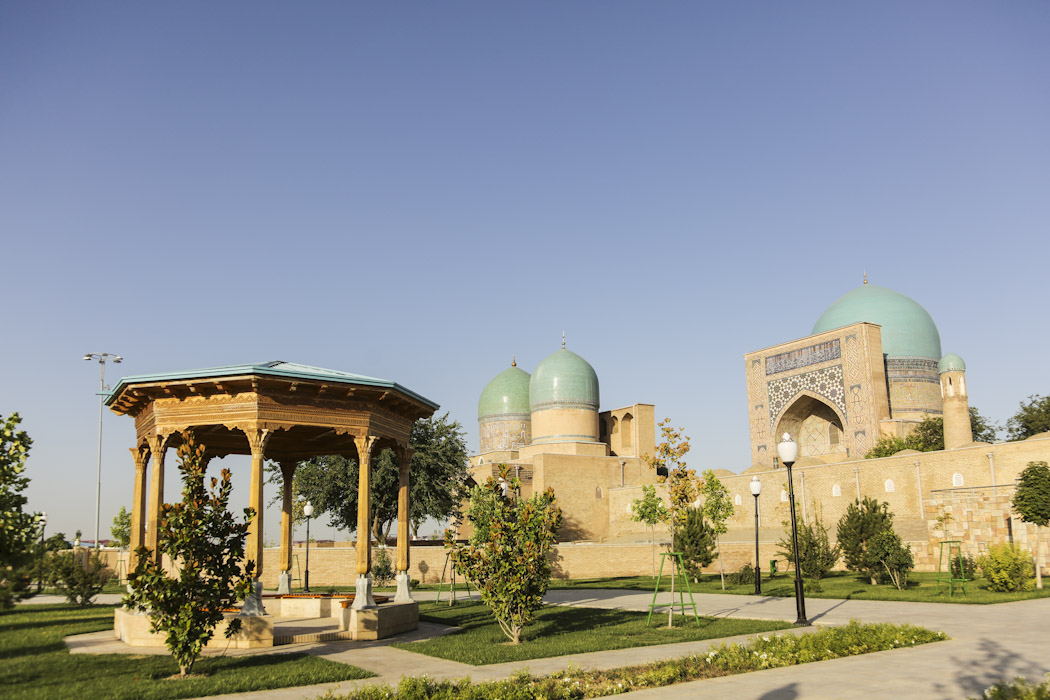 Shakhrisabz is considered the birthplace of the great Timur. It was also here that he built the famous Timur’s Summer Palace, nowadays a ruin of what was planned to be the most grandiose of all Timur’s constructions. A lovely park and two mosques have also been built near his palace ruins.

Unfortunately, we did not visit the Aral Sea, or what remains of it, because the temperatures were much too high for the season and we were already feeling the exhaustion of several months on the road. Travellers we met told us about the impressive ship cemetery which can be visited. But most speak about the desolation and sadness of what is considered one of the biggest natural catastrophes caused by humanity… 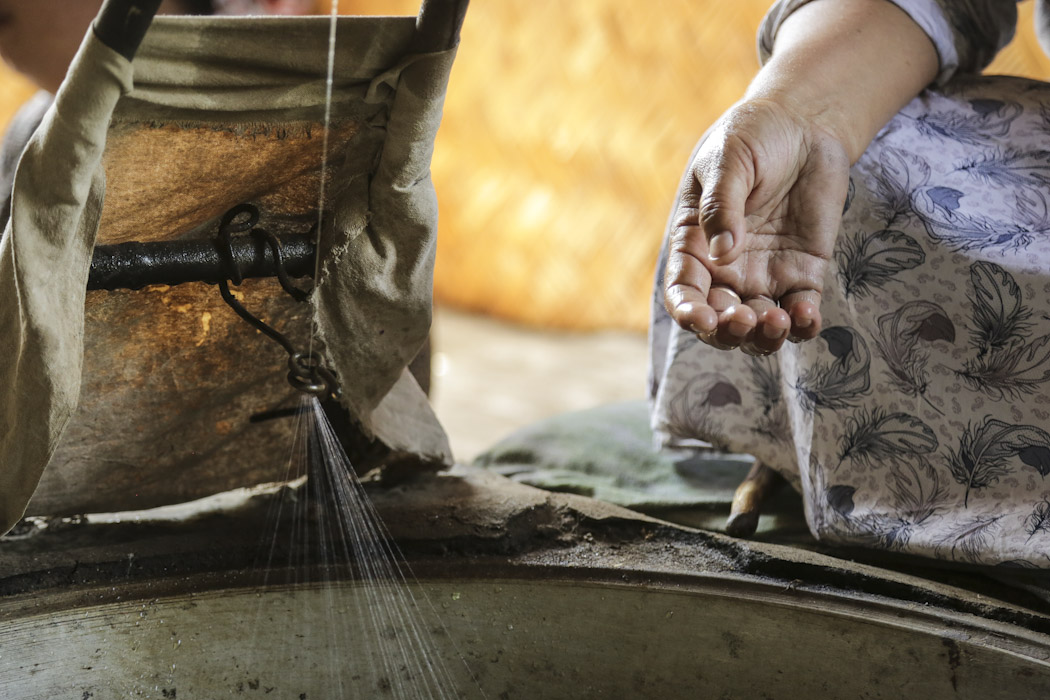 In the small village of Margilan, we found one of the most impressive silk factories, where all the process – from unweaving the silk thread out of the cocoon to dying the yarn and weaving it to create the tissue – is mainly still manually done. 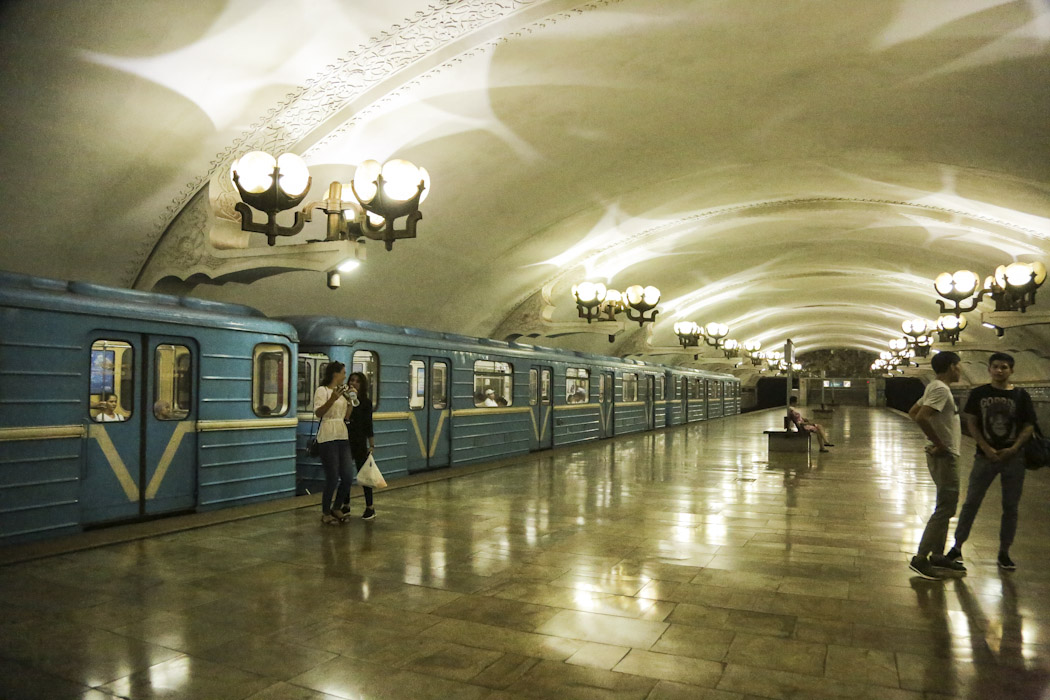 The Tashkent Metro is one of only two metro systems in Central Asia (the other one serves the city of Almaty). It includes three lines, that extend over a length of 36 kilometres through 29 stations. Paying a ticket that costs less than 50 cents allows a visit to the elegant stations, considered by many, as some of the most beautiful in the world.

This museum holds the second largest collection of Russian avant-garde paintings in the world. They were saved from Stalin’s ban on proscribed artists by Savitsky who thought Nukus as a remote enough place to keep the paintings away from the ruler’s attention. 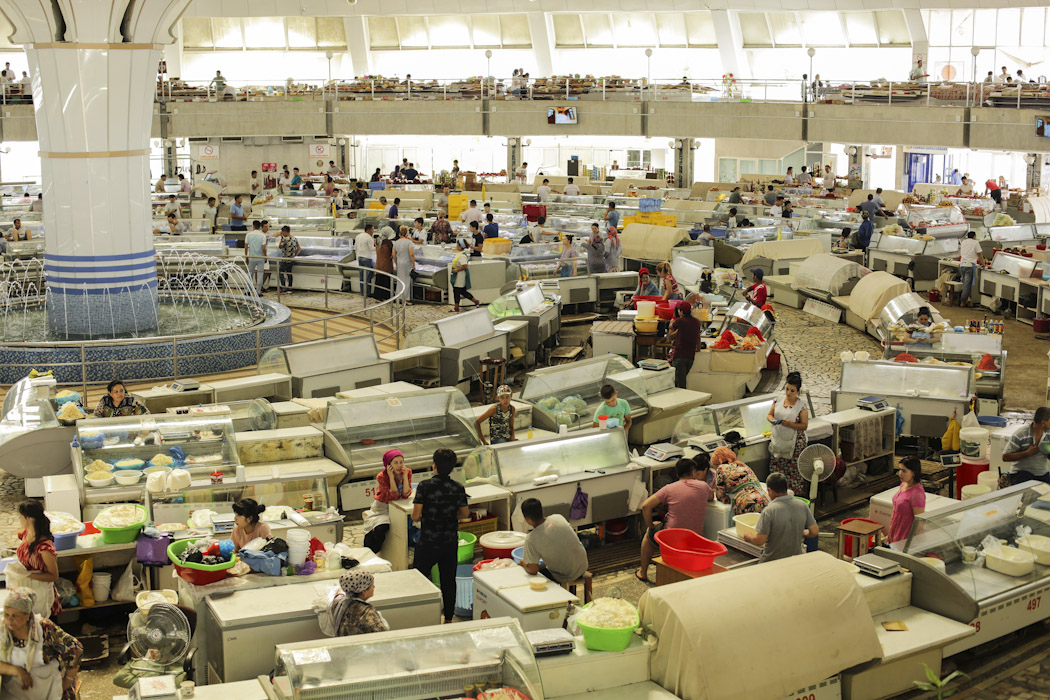 This is Tashkent’s most visited market, both by locals and tourists. It is impressive by its size but also because of the huge rotunda that holds it. Inside, hundreds of sellers displaying their products, the very exotic horse meat and sausages, fresh cheese and handmade noodles, but also all kind of vegetables.

12. The Chilpik Kala’s tower of silence 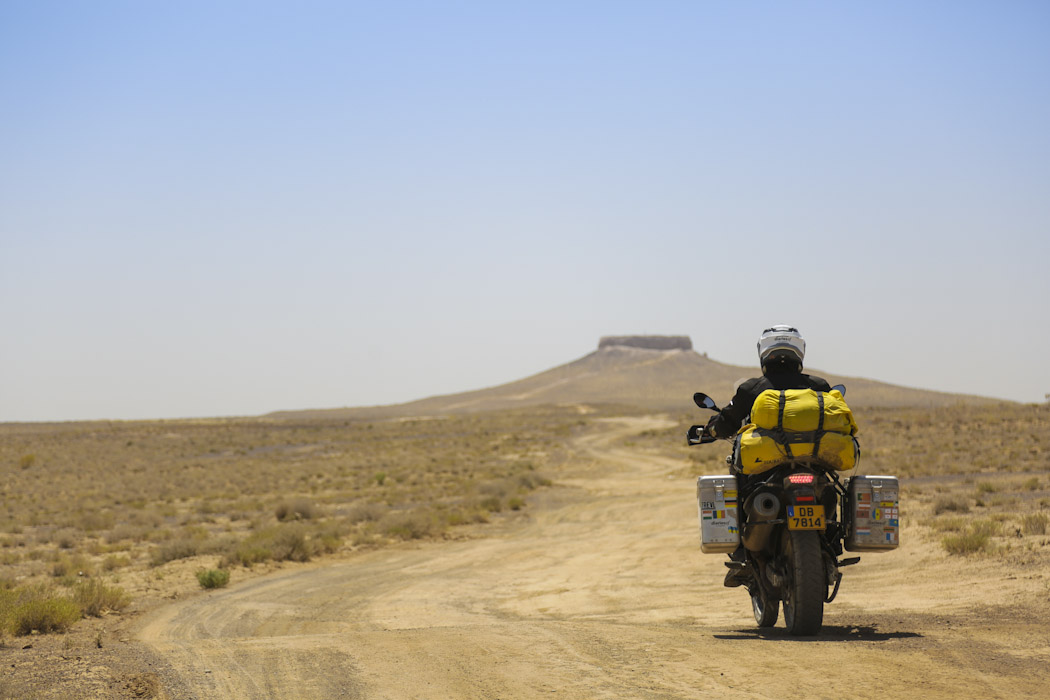 You can’t miss it. This tower of silence – a Zoroastrian burial place – lies solitary on the road between Nukus and Khiva. The Zoroastrians did not bury their deceased because the Earth was considered sacred. Instead, the remnants of bodies were brought to these ‘towers of silence’, exposed to the air, so that birds would dispose of them.

13. The desert castles of Khorezm 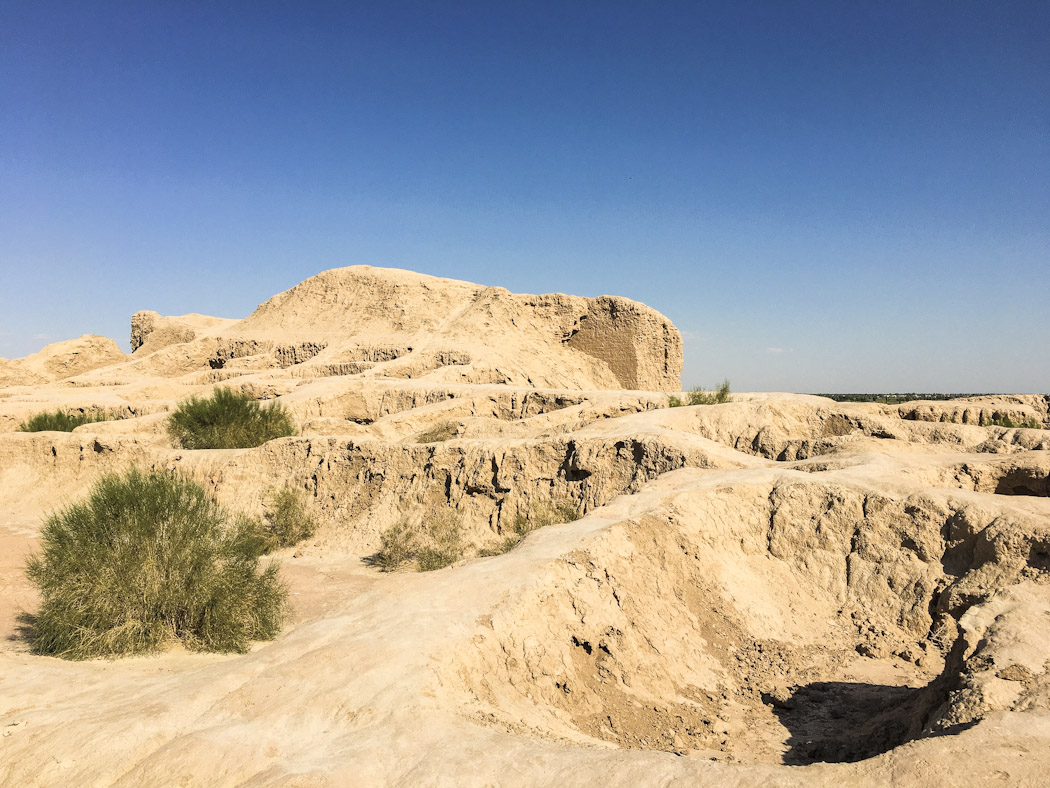 There are eight desert castles in the region of Khorezm. Preservation of these castles is difficult to sustain because they were built in adobe brick and therefore are very fragile to erosion. Some give however an idea of the grandeur in which the tzars lived in the XII and XIII centuries.

14. The golden smiles of Uzbeks 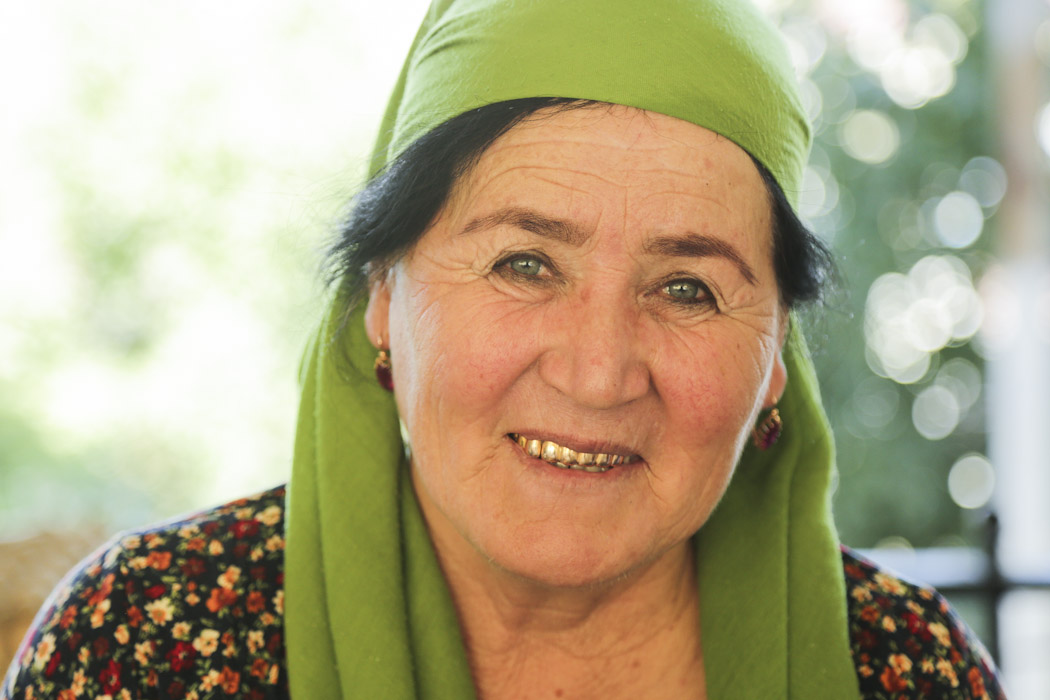 Very curious and friendly, this is the image we got of Uzbeks. Golden teeth here, as well as in all Central Asia, is more than just an ornament. It is also a symbol of wealth. It is, therefore, no wonder, that many of the merchant ladies were proud in showing their bright smile to the camera. 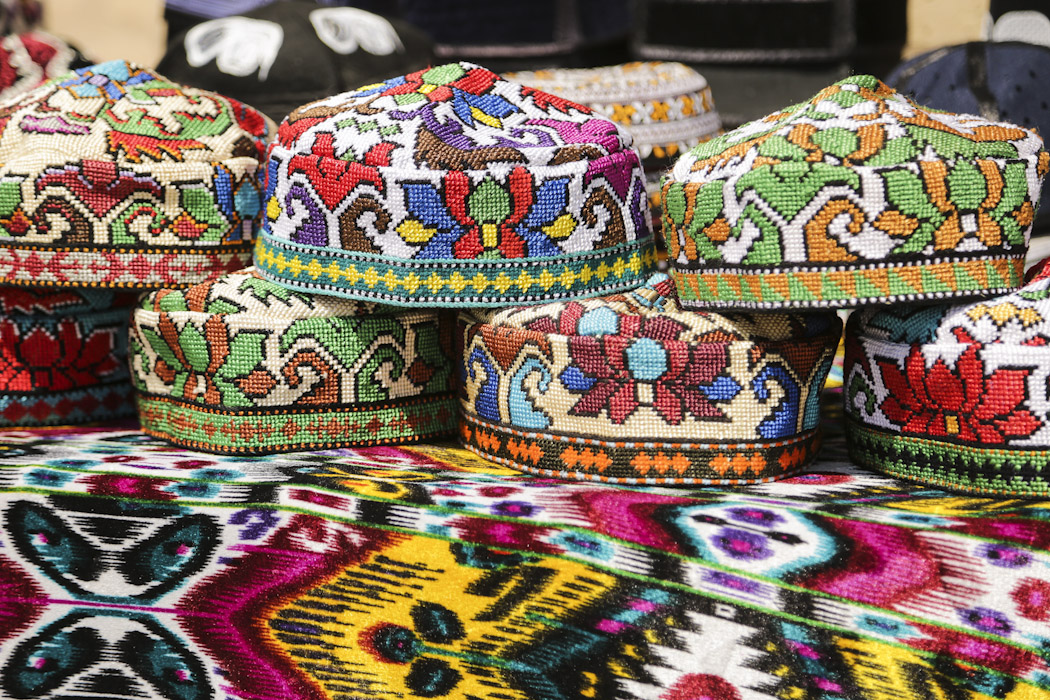 Woven products are only one of the traditional arts and crafts found throughout Uzbekistan. The country competed with China regarding the quality of the silk produced and managed to make itself a name in the art of silk weaving.

16. The hotels in old madrasas 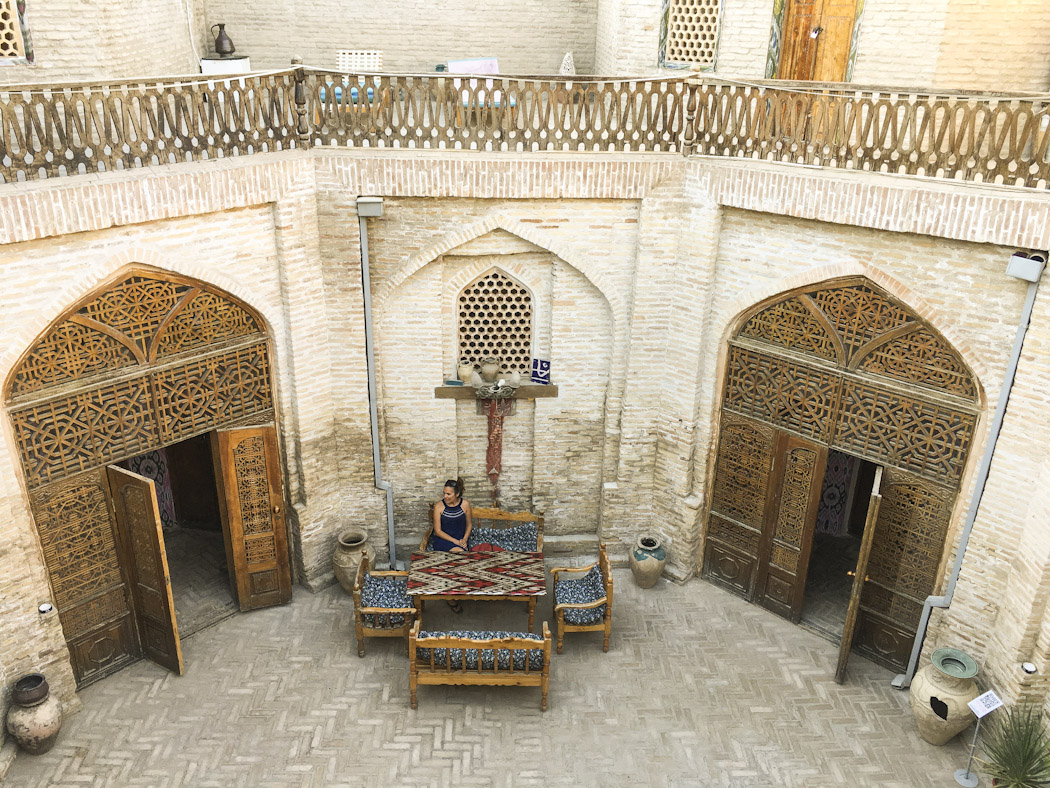 Silk Road, Bukhara – where many old madrasas have been converted into hotels, each tiny cell one room, and the cloisters became lovely spaces to relax… loved it. Our choice was the Mekhtar Ambar Hotel, situated in this tiny madrasa.

17. The memorial complex of Naqshbandi 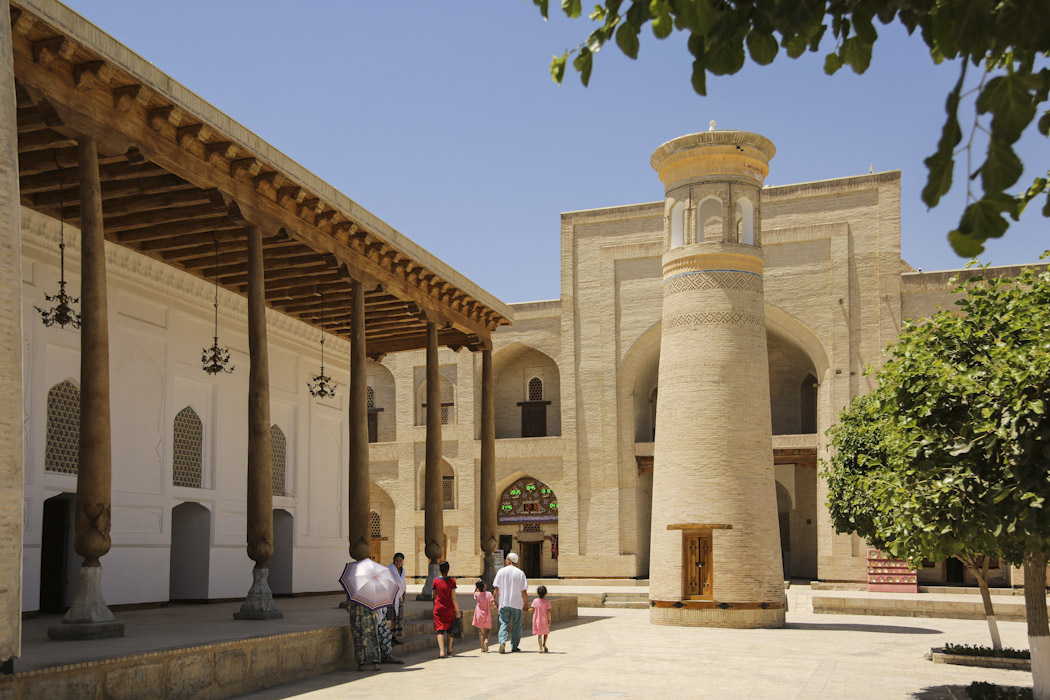 This is one of the most important, and therefore most visited, pilgrimage sites of Muslims. It is considered the Mecca of Central Asia and is situated a few kilometres outside Bukhara. 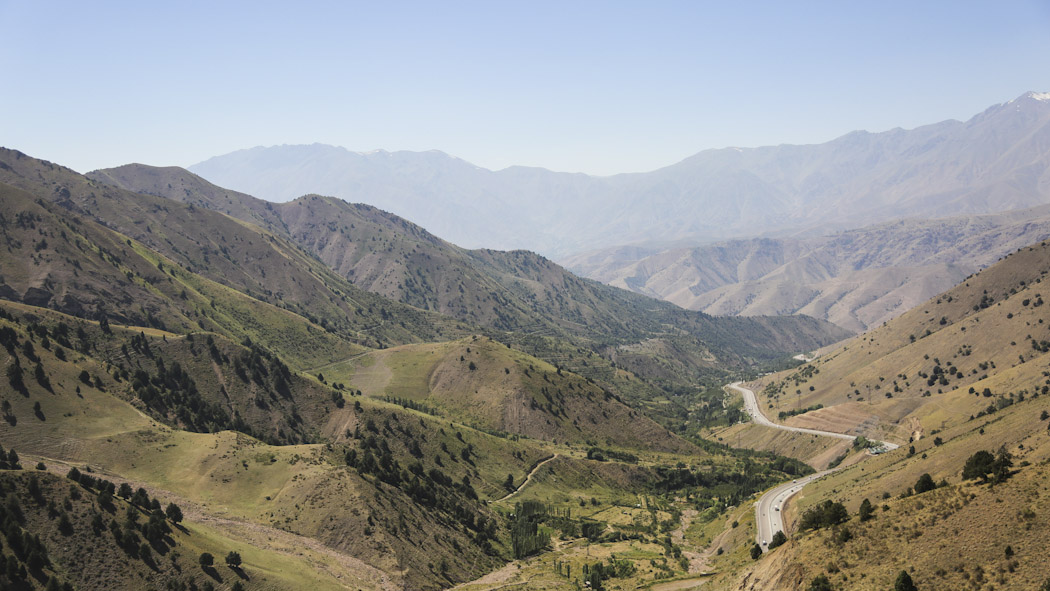 After the desert, the fertile Fergana valley comes as a refreshing reward. It is here that we will finally see other cultures besides the cotton plantations that abound in the rest of the country. Fruit trees, vegetables and cattle are finally spotted in Uzbekistan. 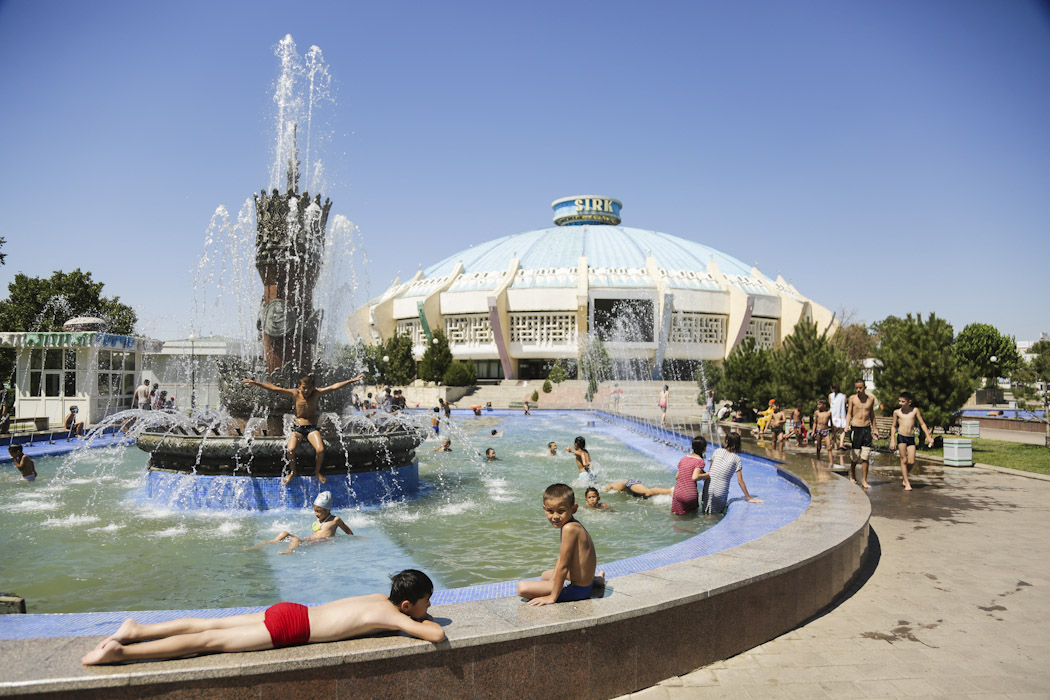 How to bear 45 degrees in Tashkent’s summer? Like everywhere else, by jumping into fresh water, even if that is a city fountain. Here next to the beautiful circus building. The first circus was built in 1819 but it was unfortunately destroyed by an earthquake in 1966. 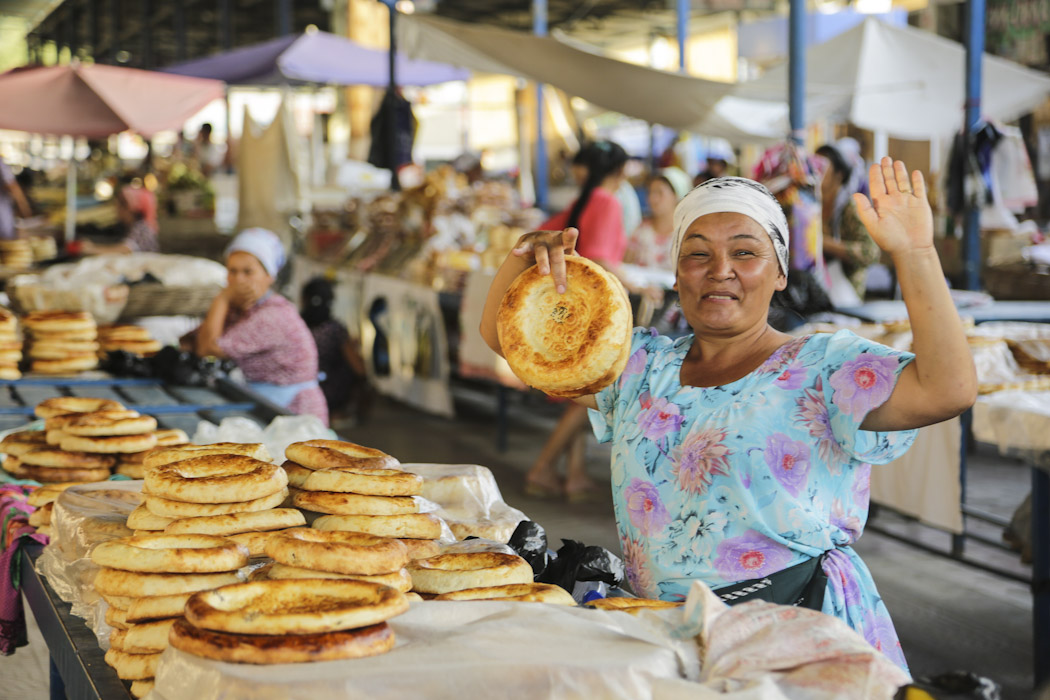 Another lively bazaar is the one in Rishton, where few visitors show up, and where, therefore, people are very happy seeing strangers and are delighted to be photographed with you. 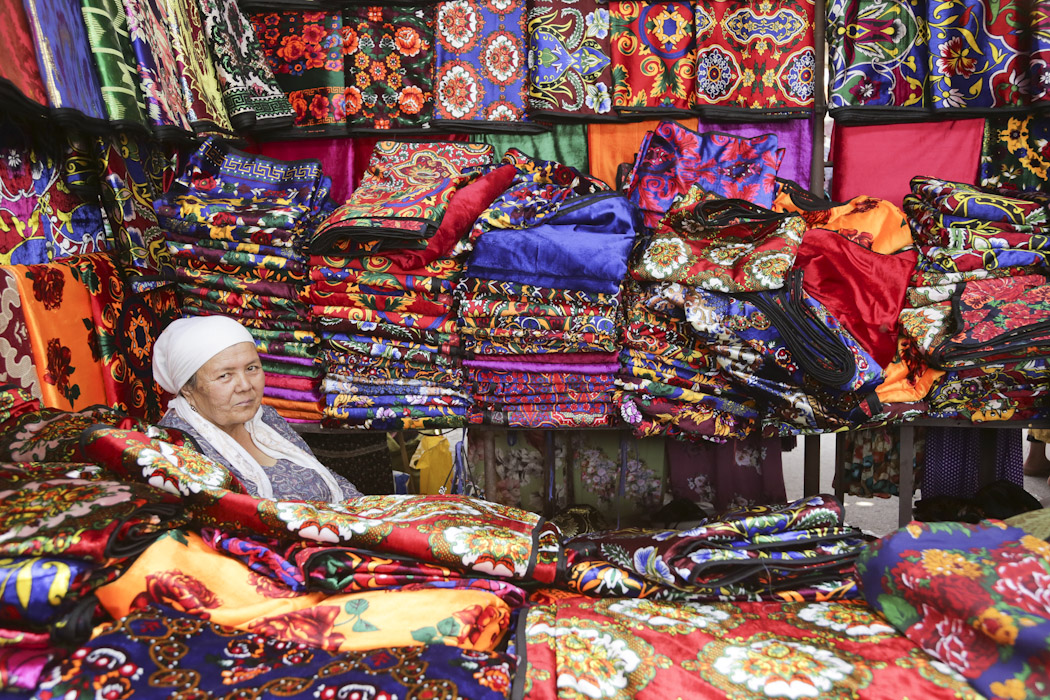 Margilan is the village to buy silk and also to visit the still existing silk factories, where you can have a guided visit to understand the different stages of silk production.