Cuban Food - Do you Know what to eat in Cuba?

Before we left to Cuba, we talked to other travellers about Cuban food. ‘It’s not so bad’ was probably the most encouraging of all the answers. Dispirited, we headed to our first restaurant in Havana, the day after our arrival. The name of the restaurant’s speciality, Ropa Vieja, (Old Rags) did not add any further enthusiasm.

Ropa Vieja, as we would learn, is one of Cuba’s national dishes. It is a stew made with pieces of beef, that cooks slowly with tomatoes and onions until the meat is in shreds. It was served with Congri, also called ‘moros y cristianos’ (moors and christians, respectively black beans and white rice). This would be the typical creole food that we found throughout the country: a piece of roasted meat (mainly chicken or pork) accompanied by rice and beans. And it was indeed ‘not bad’.

Besides rice and beans, other traditional side dishes are the ‘viandas’, the Cuban word for root vegetables (though green plantain is also included). Yucca (cassava), boniato (sweet potato), malanga (yam) were very often shredded into a batter before frying, or served as chips and french fries. Tostones, chicharritas and chatinos are prepared the same way as the above, but with green plantain.

In general, we found Cuban food to be simply cooked, without much variety and without recurring much to spices, almost bland. A bit as if most Cubans had resigned to the fact that there is shortage of so many ingredients and decided to put their creativity elsewhere, making no efforts to experiment new fusions on the plate.

This said, it would be an unforgivable omission if we did not mention the huge selection of places we found, where chefs are making absolutely divine combinations, using many herbs and fruits on the main courses – guava, mango, pineapple, coriander – and hence bringing a new joy to the restaurant scene of the country. This new era is the result of Raúl Castro’s shy attempt to open up the system and to allow the population to become entrepreneurs.

Choosing where to eat will make all the difference. At a point we started avoiding state-run restaurants, not only because the service was often less friendly, also because the choice was smaller and less appealing (pizza, spaghetti and, if lucky, one creole dish). We soon learnt to avoid pizza – not crispy enough; and spaghetti – with too much ketchup for our taste.

Restaurants run by private owners (sometimes also called paladares) are the best alternative. We found in them a wide variety of fish, from shrimps, to tilapia and our absolute favourite, lobster. All for very reasonable prices. These dishes are usually prepared in the grill, sometimes in the pan with garlic.

The region of Baracoa, in the East is the one with most Native American Taino influences, and there we totally fell for the shrimps on coconut or chocolate sauces! Without any doubt Baracoa will remain in our memories as the place with the best food in the entire country.

We usually are adept of street food, specially at lunch time, so as not to make long breaks. However, in Cuba street food has been an issue for us. Coincidently or not, we have had upset stomachs after eating street food. Eventually, we stopped going for this option. We opened an exception whenever we found a few safe options, such as ‘pan con léchon‘ (a simple sandwich with roasted pork and salt).

If the vendor had an entire piglet, it meant the meat was fresh. We also bought guava ‘pastelitos’ whenever we saw old men selling them next to schools, because we soon realised that their stocks were gone by the end of the day. These ‘pastelitos’ exist with different fillings. Once we asked a man what his ‘pastelitos’ were filled with and his answer stroke us by its crude realism: ‘they are filled with nothing, we are living in socialism’.

Tamales are another typically indigenous food. This dish is made with freshly grounded corn with different types of seasoning. The mix is then put in corn leaves to be cooked.

We decided to leave the best for the end: desserts and tropical fruits. As expected from a sugar-producing country, desserts had a tendency to be too sweet for our taste. We did not fall for the huge cakes coated with meringue that people transported on the streets by balancing them on the palm of the hand, without using any cake box. However, we did abandon ourselves to the pleasure of confections made of shredded coconut and brown sugar (called Cucurucho) or barra de mani (delicious peanut bars made with honey).

In Cuba, the cherry on top of the cake comes in the shape of mangos, papayas, coconuts, pineapples, avocados and the lesser-known but equally delicious soursops, guavas and mameys. The wiser option to buy fruits is from the local farm market (called ‘mercado agropecuário’), where prices of seasonal fruits are quite affordable. If you stay in Casas particulares they usually offer a good variety of fruits for breakfast, as milkshakes or ‘batidos’.

Another good option with regards with drinks is our favourite sugar cane juice, which is freshly squeezed in front of you. Ideally it is best served fresh, though on the streets that will not be the case, though it is still tasty. If you are an adept of alcohol, you should not miss Cuban rum, served with the Cuba Libre cocktail, for example. 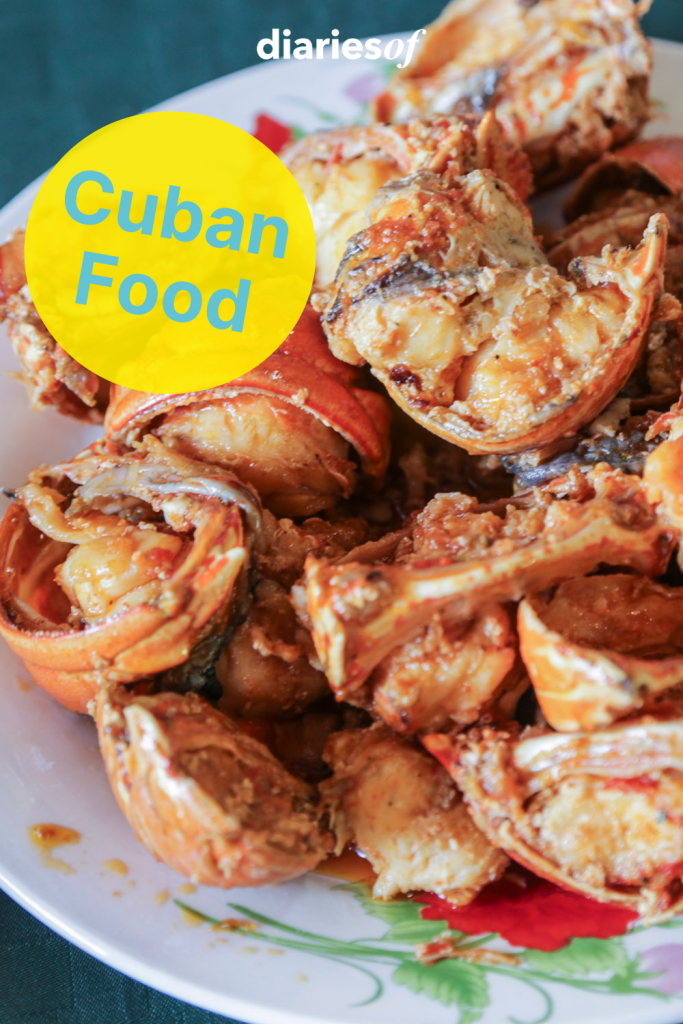 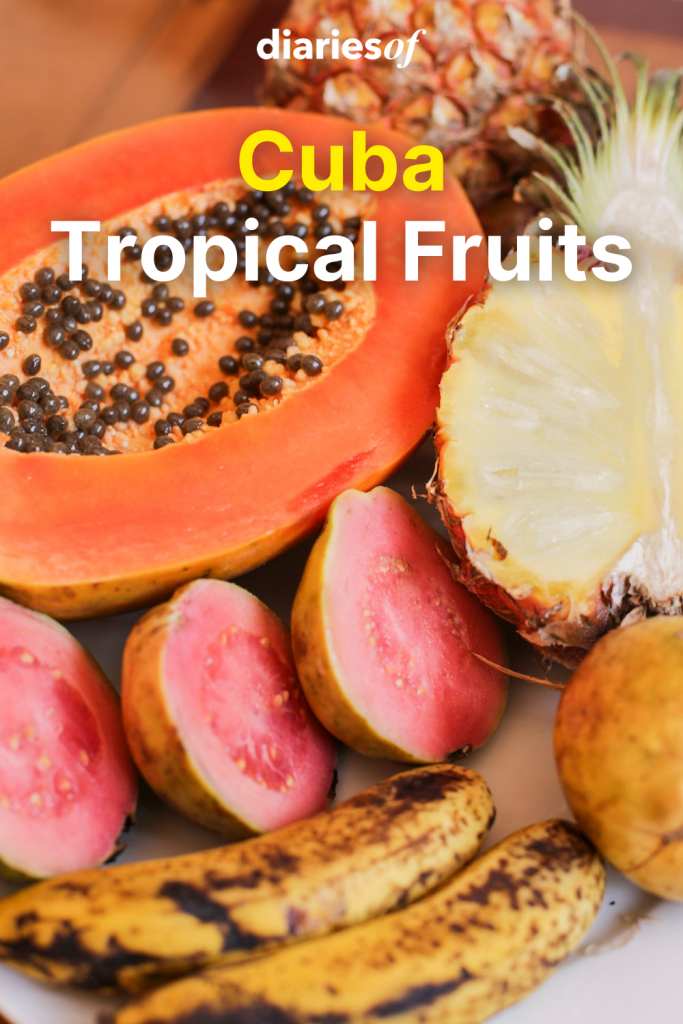