If you are in Pico (or intend to visit Pico and are planning your trip) and you are an adept of wine, you cannot miss the Rota do Vinho (the Wine Route), which the island encourages visitors to discover! We have divided the route in five sections (adegas, wines, museum, history and hike) for the purpose of clarity, but the ‘official route’ is not clearly organised as such.

Now, if your interest in wine is merely of a pragmatic nature, you should ignore the museum or the hike in the vineyards and head straight to one of the many places where wine is there to be tasted, drunk and enjoyed. These places are called adegas!

1. What is an adega in Pico island? 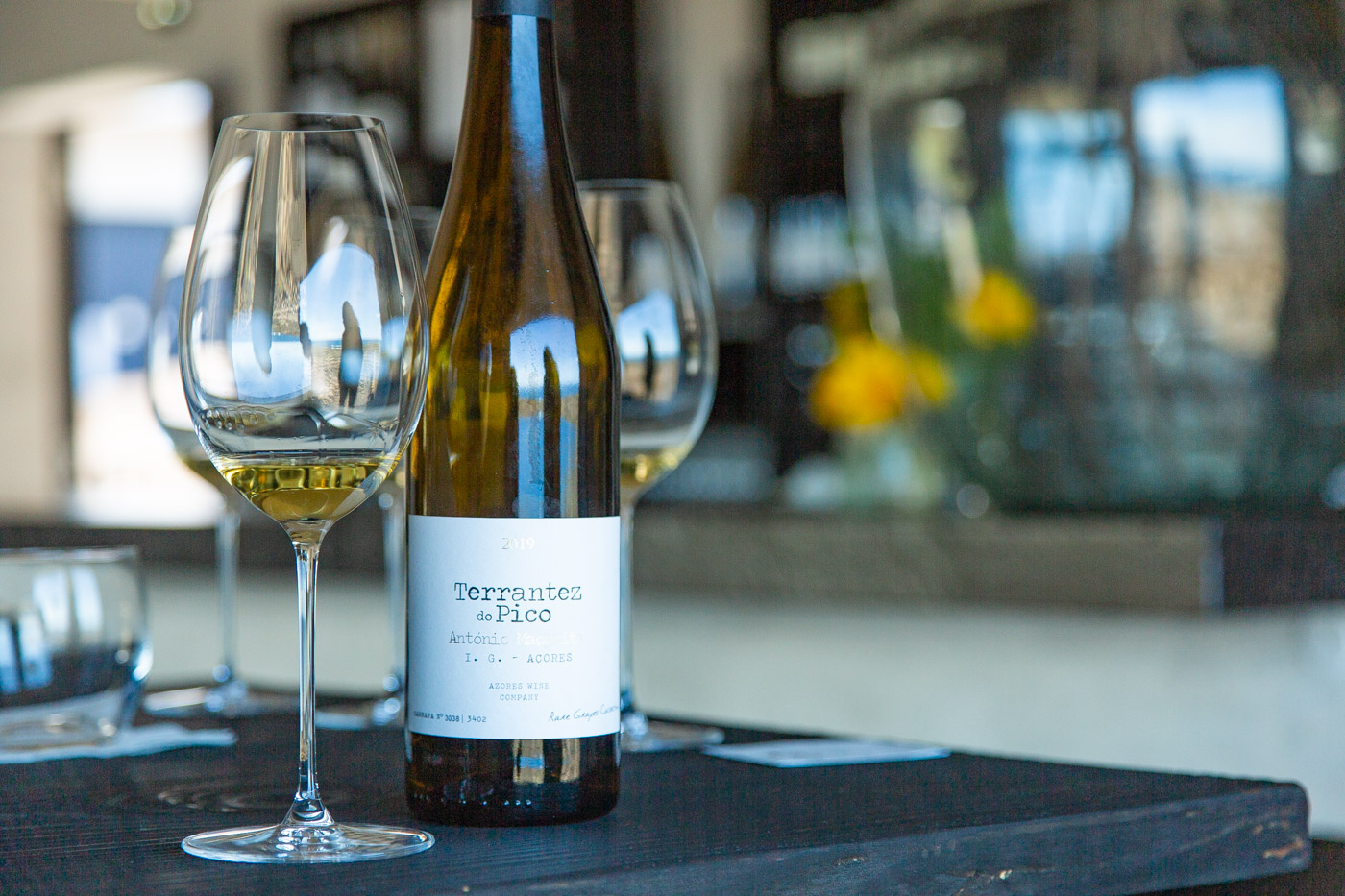 In the rest of the Azores and in Continental Portugal, an adega is actually a winery. But, in the island of Pico, an island with a strong connection to wine, an adega gets a wider and much more complete meaning. The adega is much more than a winery, where wine is produced. The adega is also the place where one can enjoy drinking wine with friends, preferably also enjoying the landscape of the vineyards and the sea. 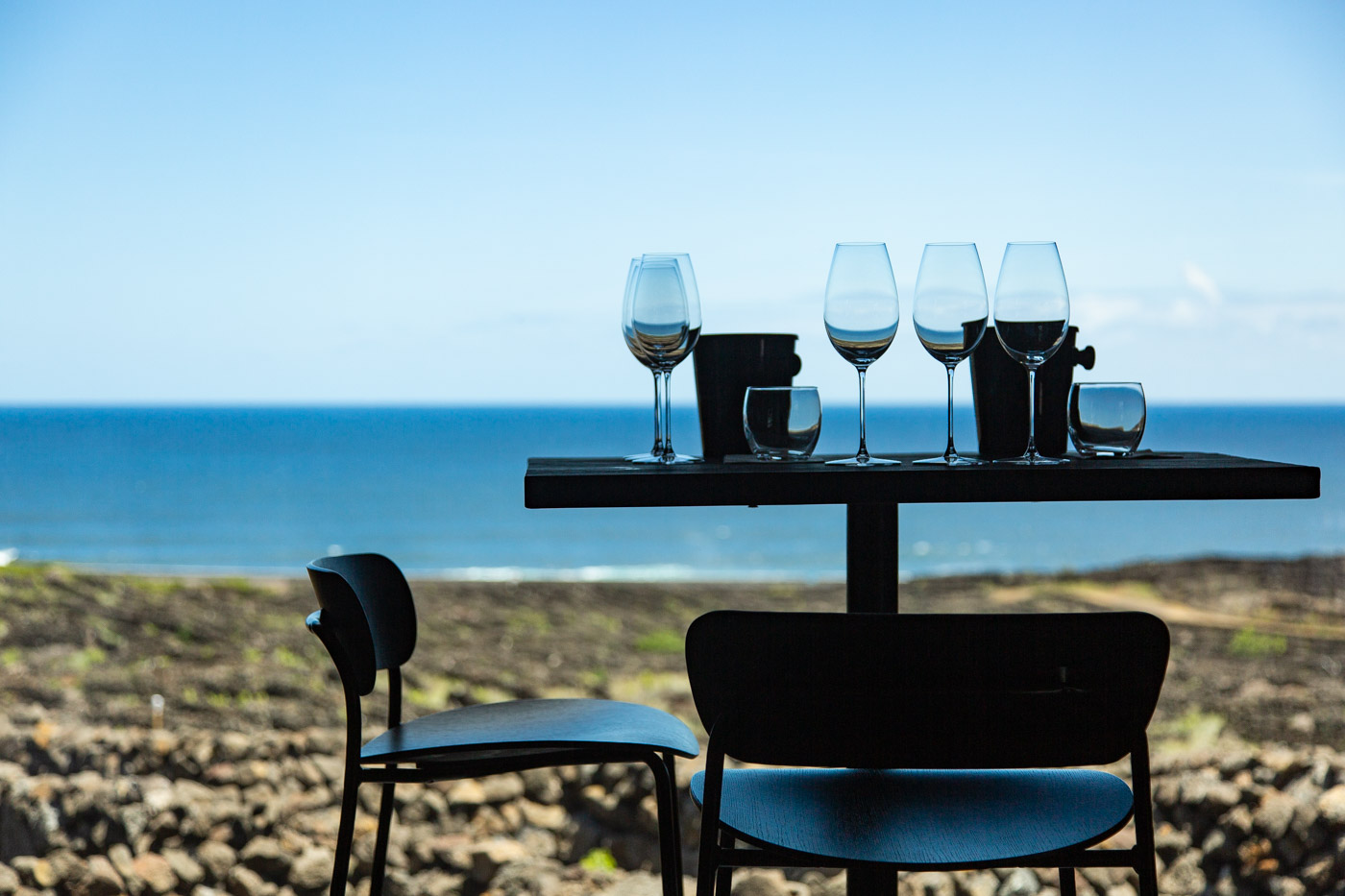 This idea of drinking wine amongst friends was taken so seriously that, in the past, the adegas in Pico always had an extra room, which could be used as a bedroom, where those who needed (either because they lived too far away or perhaps had drunk one glass too much??) could spend the night. This was a very good concept, one which, unfortunately, most of today’s adegas in the island are not considering any longer. 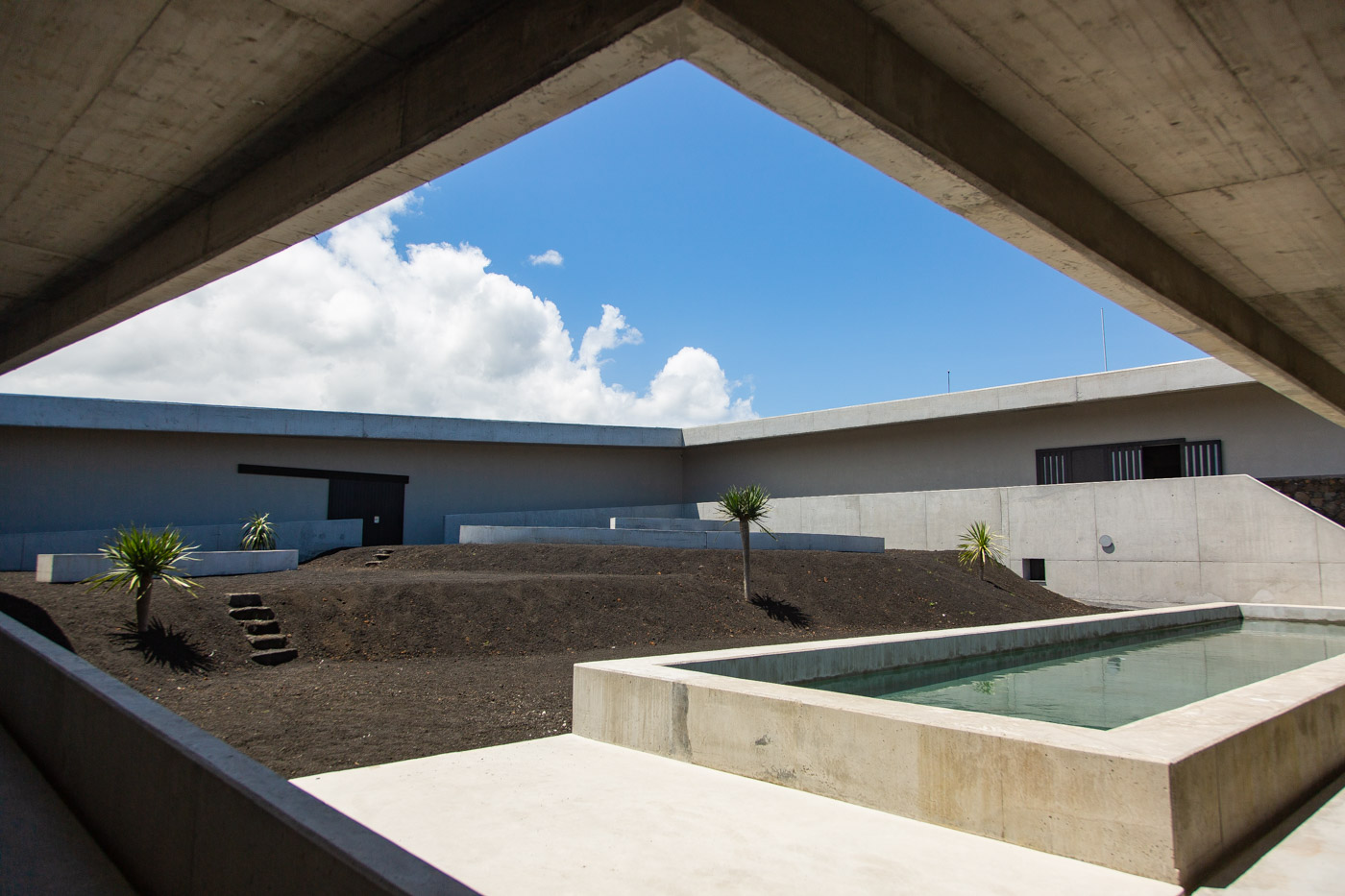 But, we were happy to see the exception to the rule with some young entrepreneurs bringing this idea back to life. That is the case of the folks at the Azores Wine Company. In the middle of the vineyard landscape, protected by the UNESCO heritage plan, they have rebuilt an old winery, while maintaining several old concepts. At their adega you can not only taste and buy their wines, but you can also take one of the few rooms they have to spend the night… We also loved the fact that they kept the old wine press and transformed it into a swimming pool!

2. The volcanic wines of Pico 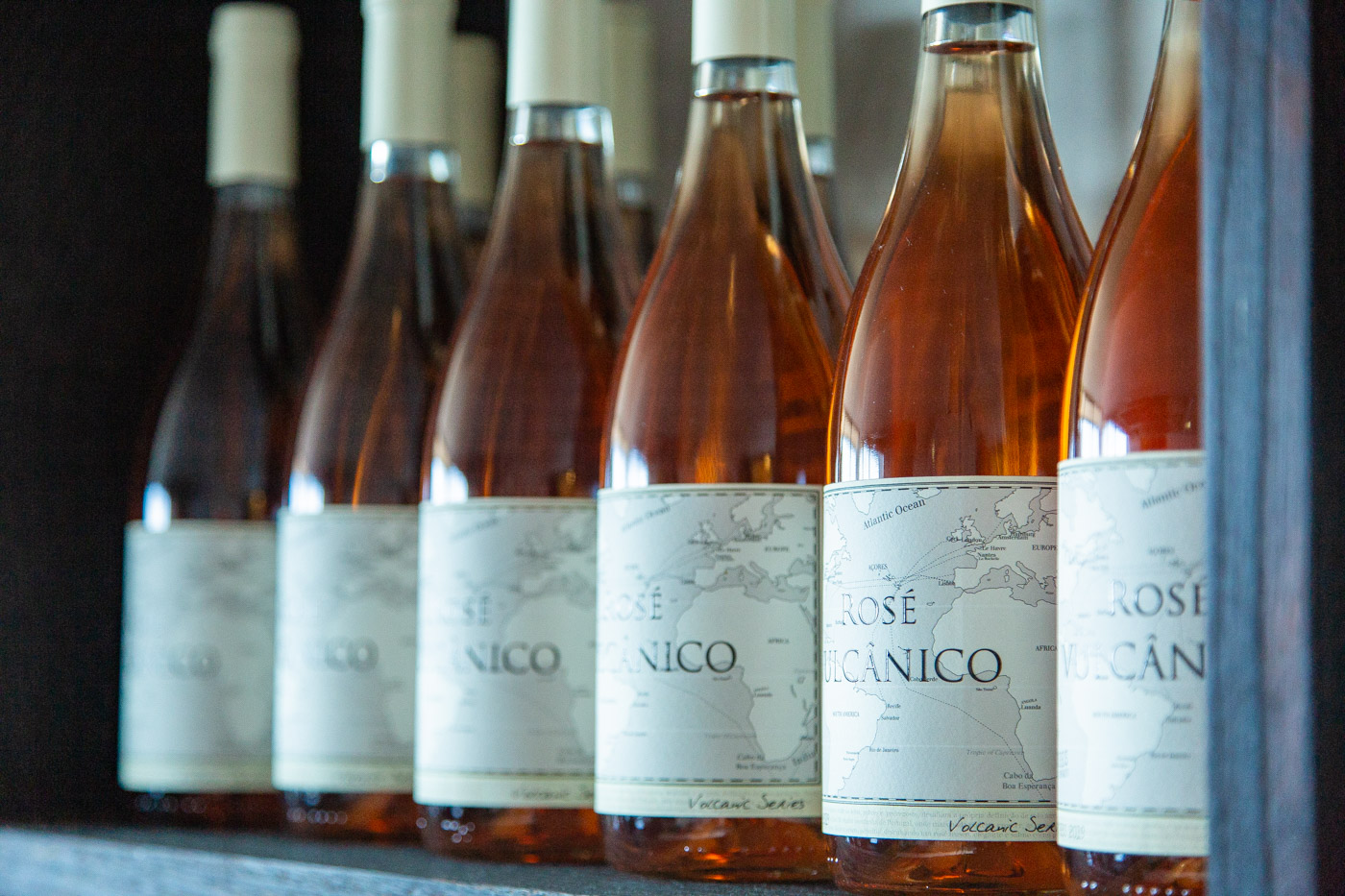 If you belong to that category of people that needs to know what they are drinking, the adegas will be more than happy to introduce you to the wonderful world of Pico’s wide selection of wines. Now, obviously, we aren’t such pedantic people, so all you will find here is a small selection of the wines we remember having drunk in Pico.

Wine needs to grow near the place where the crab sings.

That, and of course, the sentences that experts in wine usually throw into the air, in their nonchalant manner, and that we absorbed like sponges. Everybody knows that oenologists and sommeliers have a tendency to describe wines and their flavours with the most elaborate (if decontextualised) words. We’ll spare you the ‘vigorous’, ‘velvety’ ‘flamboyant’, ‘angular’ and ‘structured’ adjectives. One of the wine masters spoke poetry to us when he recalled what his grandfather used to say ‘My grandfather always told me that wine needs to grow near the place where the crabs sing’.

There are three wine varieties from Pico that are more commonly found. Since 1994 these varieties produced in Pico have been recognised with the European label PDO – Protected Designation of Origin. They are:

Any adega will proudly put forward their versions of these varieties. We couldn’t help but join a wine tasting and therefore tried the three of them. Pico wines are volcanic wines because they are produced in regions whose soil is… volcanic, what else! They are characterised by a certain acidity and it is said they have mineral and saline aromas. As with most wine curious who do not have a deeper knowledge of wines, we didn’t quite manage to trace these flavours, but we agreed in the end: the wines are delicious, fresh and have a unique originality.

3. The wine museum in Madalena 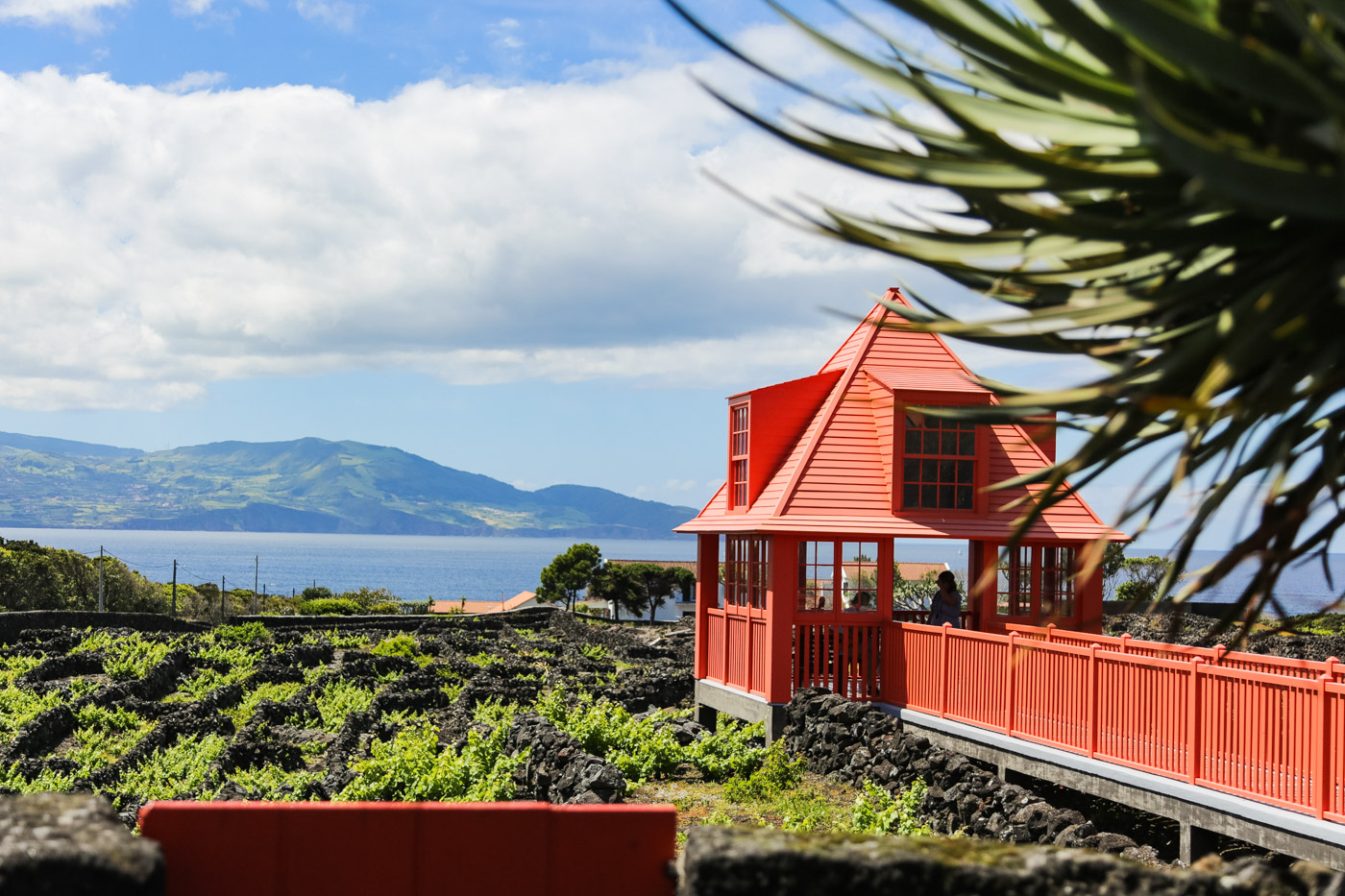 If your interest in wine goes beyond the taste of the product, then of course, before heading to one of the adegas, it is not a bad idea to start the wine tour with the museum, followed by the hike and only afterwards indulge in the pleasures of wine in an adega.

Some say Madalena is the wine capital of the archipelago. That explains why there is such a well made museum in the village. The Wine Museum is located within the facilities of an ancient Carmelite convent, as well as in an old winery. There, we found an interesting exhibition about the history of the wine in the island.

4. A bit of history of the wine production in the Azores 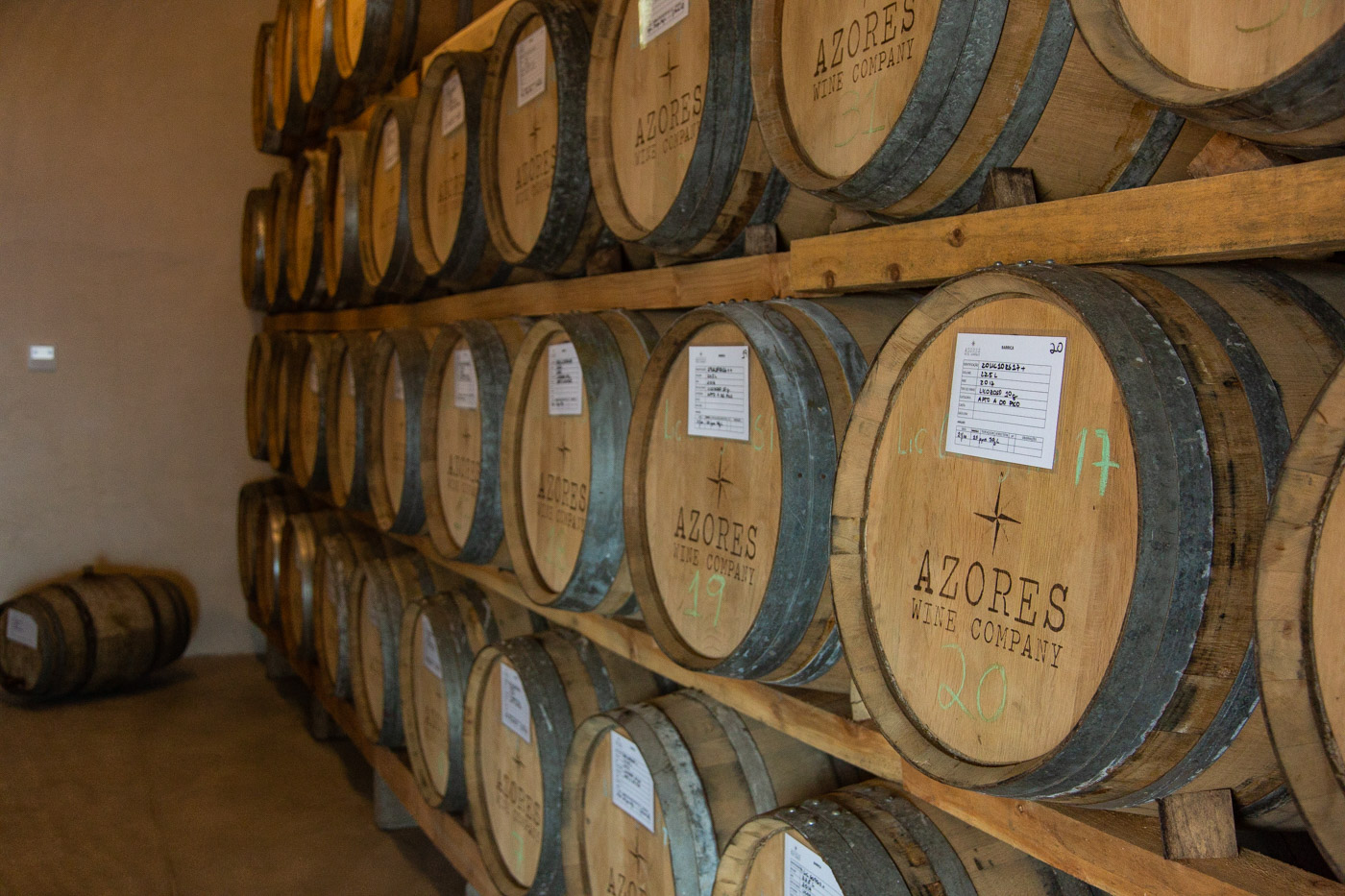 One of the theories is that the first vines (which happened to be the Verdelho) were brought to the island by Franciscan monks in the 15th century. If this theory is correct, the monks brought the vines from Sicily – another volcanic island with similar ground conditions to the Azores – and the name Verdelho would be actually a transliteration of the Sicilian wine Verdecchio.

The production of wine turned out to be a success and soon the island had the capability to produce enough wine to create an important exportation market, not only for the other islands and Continental Portugal, but also to all of Europe, Russia and the United States. It is a source of pride for the Azorean people that the Russian Tzars were admirers and consumers of Pico wine.

Unfortunately, as it happens so often in life and business, all good things come to an end. And the golden age of the production of wines in the Azores came to an abrupt decline, in the mid-19th century, due to several diseases that attacked the vines (the mildew and the phylloxera).

Nowadays, there’s a renewed interest in the production of wine in the island, with young, but very competent, winemakers bringing back the Azorean varieties and producing wines with international recognition.

5. The wine trail through the vineyards of Criação Velha (PR05 PIC) 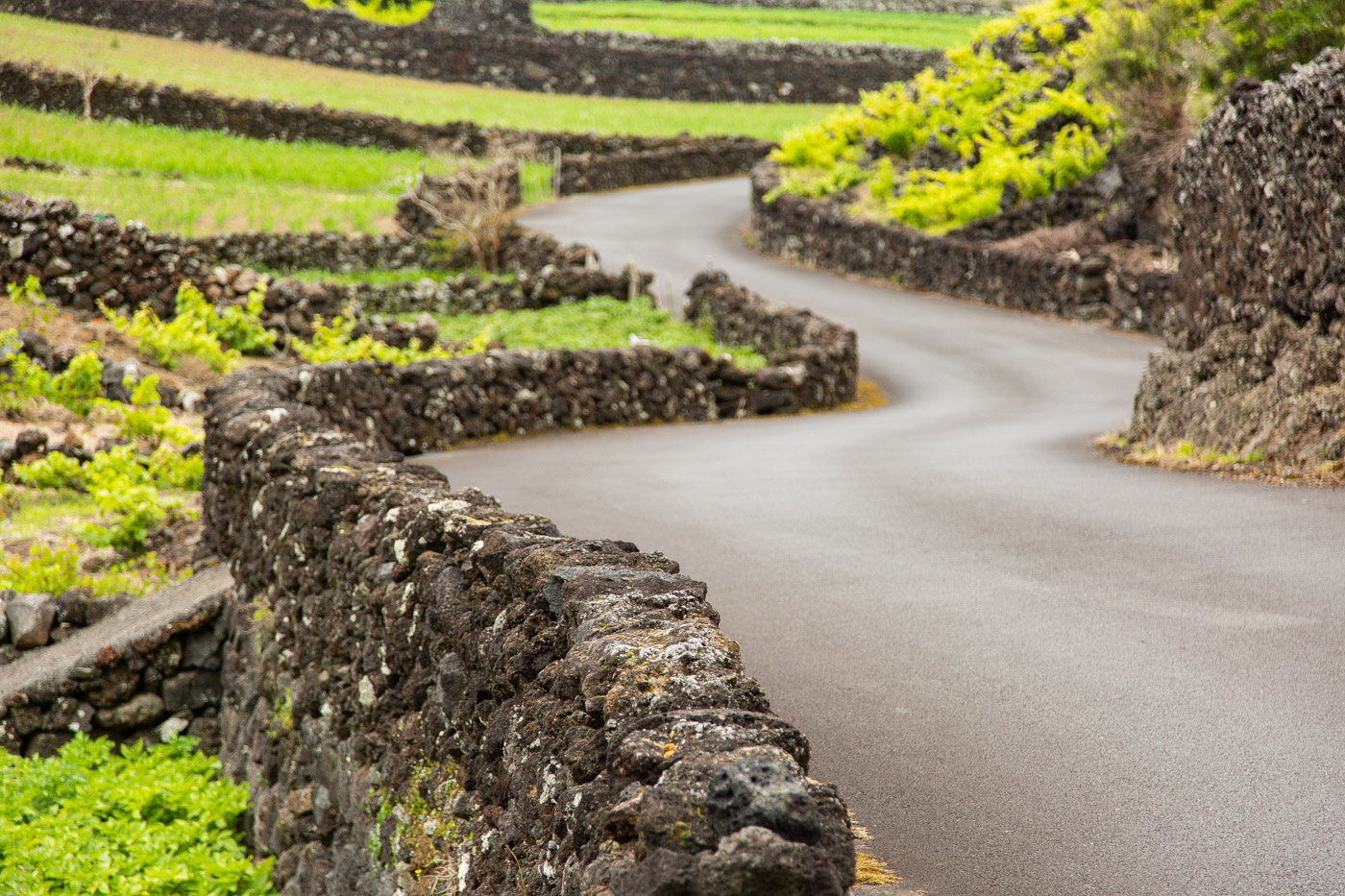 This is a beautiful hike that allows to contemplate not only the natural beauty of the vineyards, but the connection that has been created between man and nature. This unique landscape has been recognised as UNESCO’s world heritage patrimony for being an outstanding example of the adaptation of farming practices to a remote and challenging environment.

The hike starts at Porto do Calhau and continues first along the coast where you will find traditional elements which are worth to have a closer look at and understand.

The first element is a tide-well. Tide-wells are not part of a distant past. You need to be aware that the population of Pico only had access to public water pipes in the 80s of the 20th century. Until then, and in an island with so few natural sources, these wells played an important role in the lives of the population.

Afterwards, you will come across other traditional elements associated to the vine culture, such as the rola-pipas (slopes naturally carved by the wine barrels when rolling to the boats). Finally, the trail will take you up the hill, reaching the typical architecture of the walled vineyards. There are thousands of stone walls that form small, rectangular plots built to protect crops from wind and salt spray. These rectangles are called currais.

Characteristics of the hike:

If after the hike you are thirsty again, you know now where to find a good place to quench your thirst. Find an adega, specially one with favourable views over the vineyards and the sea, possibly with a room to spend the night. Enjoy!

Are you planning a visit to Pico Island? Don’t miss:

Planning to visit more islands in the Azores? Have a look at our articles: